Is the NCAA a necessary pit stop on the path to an NBA career? If you’re a recruit without much hype, maybe. But if you’re almost a household name at age 18 and virtually the unanimous No. 1 prospect in your high school class, you’d probably do what Jalen Green did.

Green is already one of the best basketball talents on the planet. He is a 6’6” guard who can jump out of the gym, knock down jump shots and blow by any defender between himself and the rim. He has already won two gold medals with Team USA in FIBA U17 and U19 competition. Green is ranked No. 1 on most big boards, and if he’s not No. 1, he’s No. 2 or 3, with some serious explanation required.

But college basketball will never see his talent on its hardwood floors. Green will not go to Auburn, Memphis, Oregon, Kentucky or any other college that has made a scholarship offer to a player who could very well be the No. 1 pick in the 2021 NBA Draft.

Instead, he will forgo his college career to pursue a more direct, paid path to the NBA a new path that is threatening to make NCAA basketball obsolete. 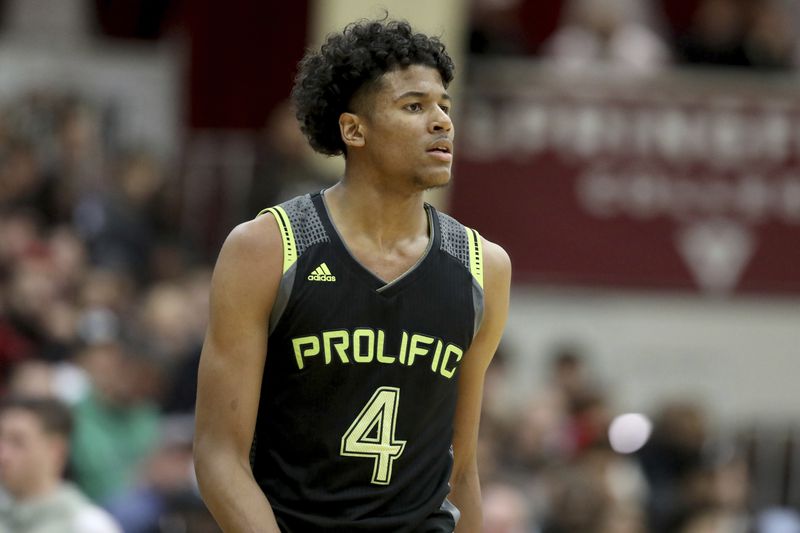 Green isn’t the first player to side-step college in recent years. Both LaMelo Ball and RJ Hampton are projected top-five picks in this year’s NBA Draft, and both skipped college to play professionally in Australia. Anfernee Simons will enter Year 3 with the Portland Trail Blazers next season after skipping college to prepare for the 2018 NBA Draft at IMG Academy. New York City’s own Jalen Lecque spent five years in high school then went straight to the NBA Draft, where he was undrafted in 2019 but signed a three-year deal with the Phoenix Suns shortly after. Darius Bazley finished high school and trained on his own for a year before the Oklahoma City Thunder selected him 23rd in 2019.

Green’s route will be different from all of the above. He won’t play overseas or train at an academy. He won’t stay in high school an additional year or prepare for the draft at a home gym.

Green is the first high-school basketball player to make the leap to the NBA’s professional pathway program. It is a one-year development program under the G League umbrella but separate from the G League’s NBA affiliated teams. Green will be mentored by professional NBA coaches, top prospects and veteran NBA players. He will play exhibition games against G League teams, international teams and NBA academies.

More importantly, he will make, at minimum, $500,000 during his yearlong stint and be afforded the opportunity to make more in endorsements and incentives. The G-League will even provide its athletes a full scholarship to whatever college they choose should they opt to pursue a degree after basketball.

The only thing the NCAA provides its athletes outside of a sometimes free education is exposure. There’s no need for exposure if you’re going directly to the source.

Neither Zion Williamson nor RJ Barrett needed exposure from Duke last season. Both were top picks with their own cult following long before they committed to become Blue Devils. Williamson. Nets star Kyrie Irving didn’t need Duke for exposure, either: He only played in 11 games his freshman year, injured his toe, then still went No. 1 overall in the 2011 Draft.

The writing has been on the wall for the NCAA for years. Just how long did they think their antiquated system would last? You either cut players a check for their season or give them the freedom to secure a bag of their own. To take away both? It’s criminal. They’re lucky it lasted as long as it did.

The G League was more concerned with international leagues poaching American talent than they were with competing against the NCAA for high school prospects. That’s why the salary offer on Green was so high.

“When you look around the world at the market that’s been created, where we started at $125,000 wasn’t enough certainly not in itself,” G League president Shareef Abdur-Rahim told ESPN. “There was also uncertainty about ‘where I would be playing’ [in the G League]. There was uncertainty about ‘whether an affiliated team would be incentivized to develop me.’ All of that made the program in its original form tougher. You can’t isolate any of that. For a top kid with options, that was a tough sell.”

Green may not be the only player in his class skipping college. McDonald’s All-American and top-15 recruit Isaiah Todd recently decommitted from Michigan. Makur Maker, who ranks 12th on the ESPN Top 100, has yet to commit to a college.

The NCAA can’t compete, not if its only sell is the college experience. Not if it refuses to pay its athletes despite hauling in billions of dollars from their efforts. And certainly not if there are legitimately viable options elsewhere.

The NBA has officially broken the NCAA’s monopoly on high-school athletes. It was a long time coming.