Breaking a Guinness World Records is an impressive feat, but there's something about eating copious amounts of food in record time or in challenging ways that can be particularly jaw-dropping.

Here are 15 of the most bizarre world records about eating food that has ever been broken. 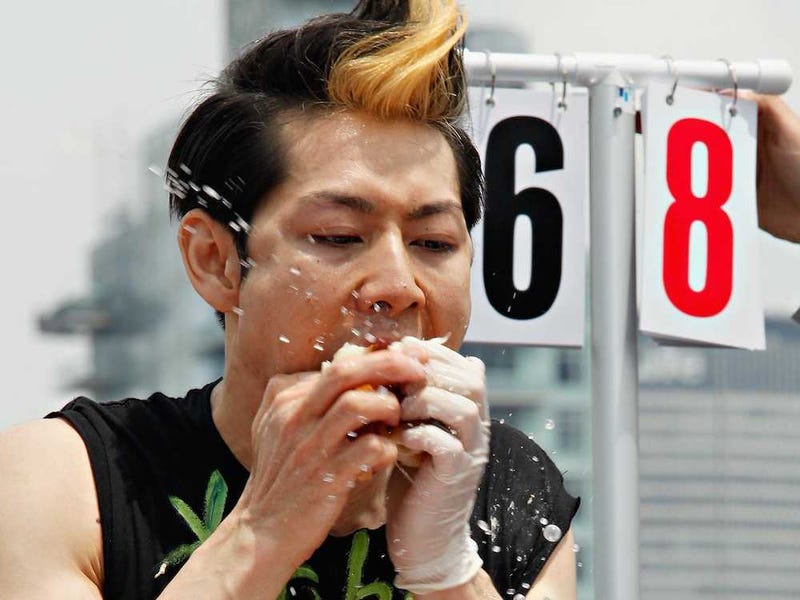 Competitive eater Takeru Kobayashi holds the record for the number of burgers eaten in 3 minutes. In a truly impressive feat, Kobayashi ate 12 hamburgers in that time period while on the set of the Italian TV show "Lo Show Dei Record" on July 11, 2014.

Of course, no one likes a dry burger. Kobayashi was allowed one condiment per sandwich and he chose mayonnaise for all 12.

Kobayashi also holds the record for most meatballs eaten in one minute. 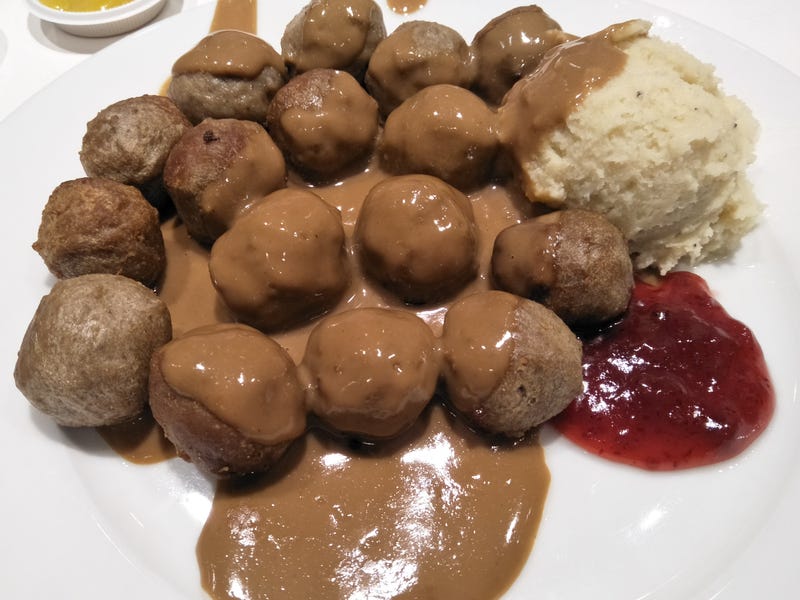 While filming a TV show in Brooklyn, New York, Kobayashi ate 29 meatballs in the 60-second allotted time frame, breaking the record for the most meatballs eaten in one minute.

The meatballs were from IKEA although Kobayashi did not get to eat them with the brand's iconic lingonberry jam.

The most Big Mac burgers consumed in a lifetime is nearly 30,000. 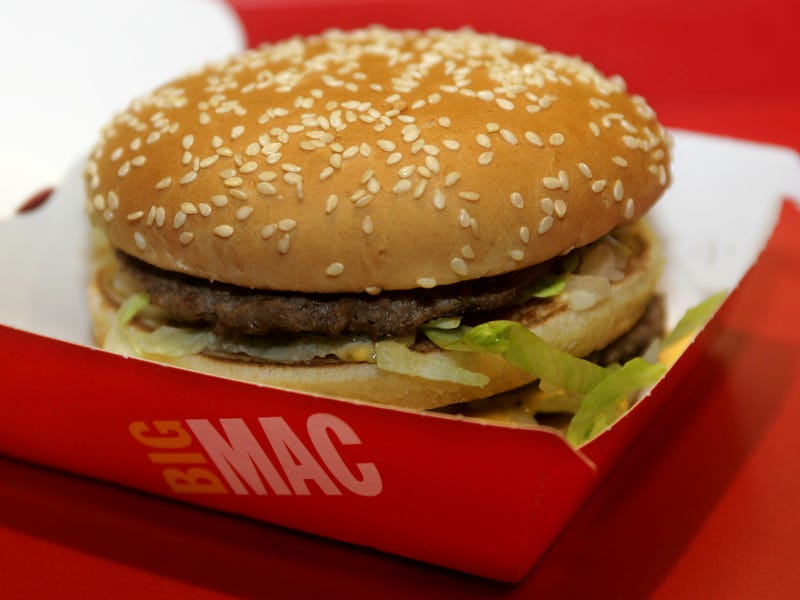 Perhaps no one enjoys this signature burger from McDonald's as much as Donald Gorske, who holds the record for the number of Big Macs consumed in a lifetime.

Gorske has eaten two Big Macs almost every single day for years, which totals to 28,788 Big Macs in his lifetime as of August 2016. 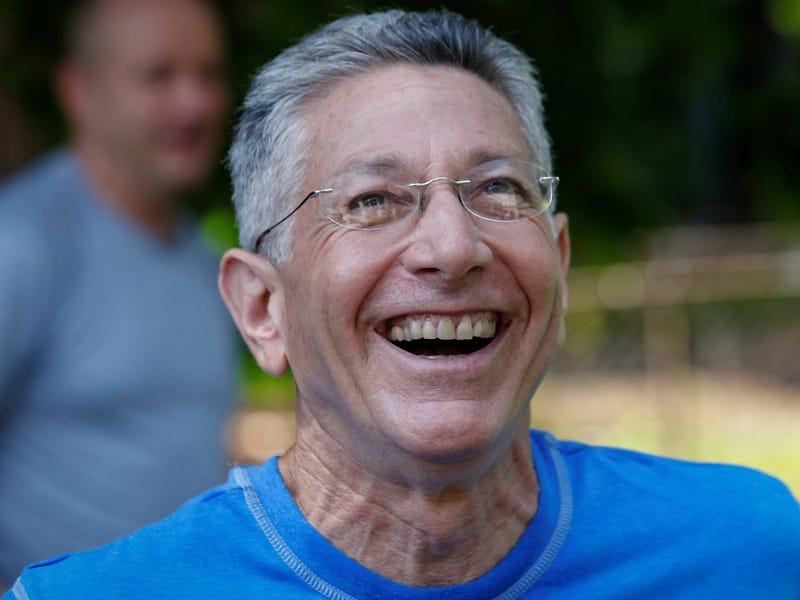 In 2012, Ashrita Furman was able to peel and eat six hard-boiled eggs in only a minute, meaning he consumed an average of one egg every 10 seconds.

Furman is also known as a legend in the universe of Guinness World Records because of how many titles he holds. He has even been called the "most prolific record-breaker."

Philip Santoro holds the title of the fastest time to eat a jam donut without licking his lips or using his hands. 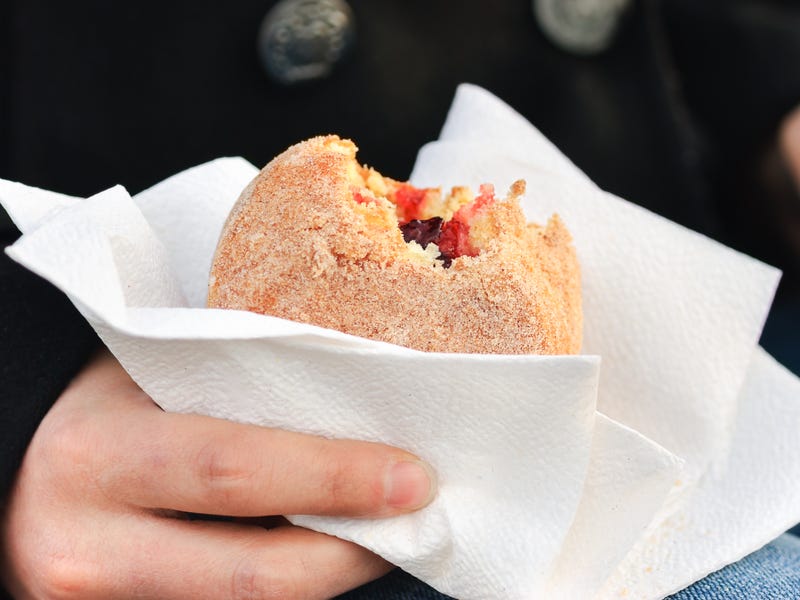 Philip Santoro was able to devour a jelly-filled donut without using his hands or licking his lips in 11.41 seconds. He achieved this record on camera while in a living room in San Francisco, California, in April 2014. 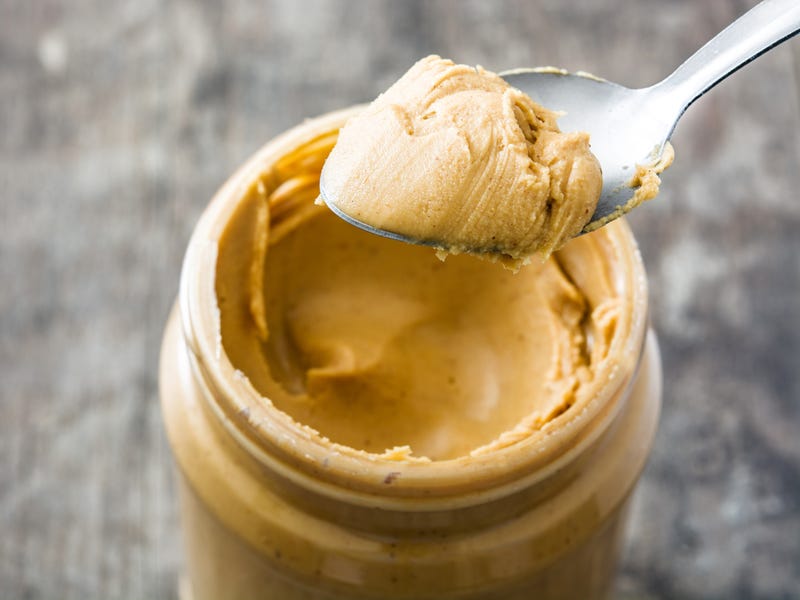 Andre Ortolf, known for being a bit of a record-breaking pro, consumed 378 grams of thick, gooey peanut butter in 1 minute. Ortolf holds other food-related records, too, including ones related to drinking mustard, eating mashed potatoes, and many more. 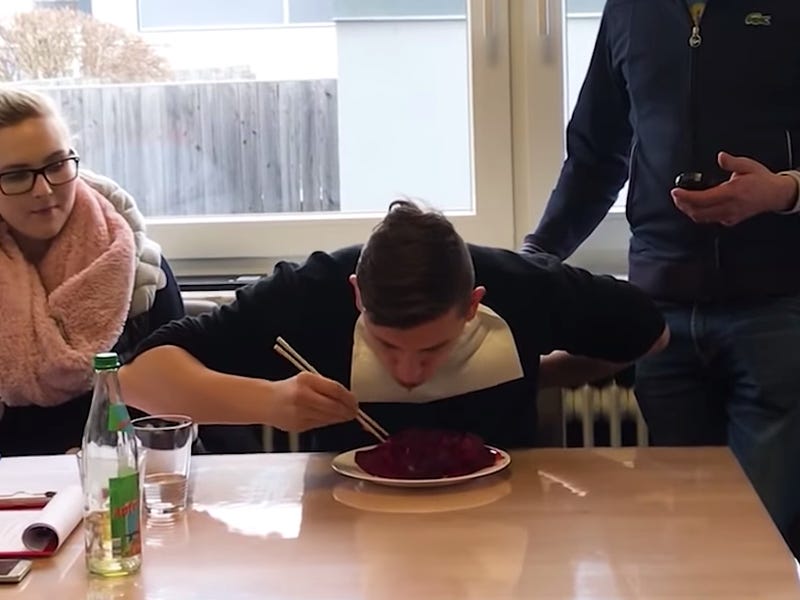 Record-breaking champion Ortolf struck again in 2017, consuming an incredible 716 grams, or just over 1.5 pounds, of jelly in 60 seconds while using chopsticks.

He's also broken the record for the most jelly eaten while blindfolded without using one's hands. Ortolf ate 50.97 ounces of the stuff in just one minute. 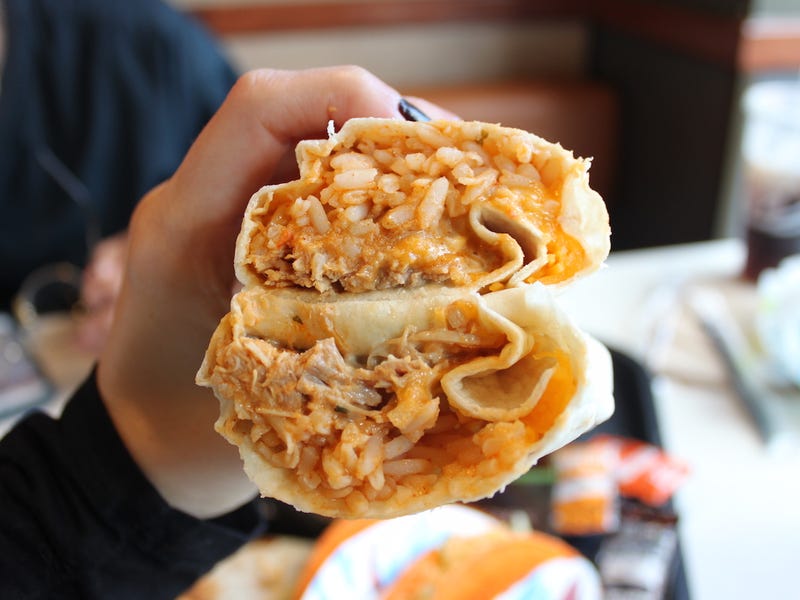 In May 2019, competitive eater Leah Shutkever was able to eat a pretty hefty burrito in less than a minute. Specifically, it took her just 44.20 seconds.

YouTuber Josué Montero Durán holds the record for eating the most hot dogs in three minutes. 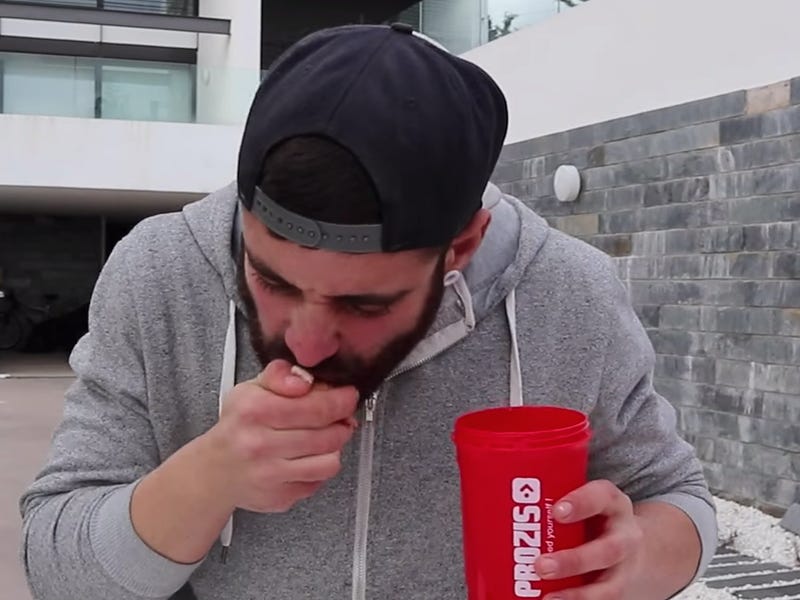 Guinness World Records offers a specific title for the most hot dogs eaten in 3 minutes, which is currently held by Josué Montero Durán as of February 2019. Durán swallowed nine hot dogs in the allotted time. 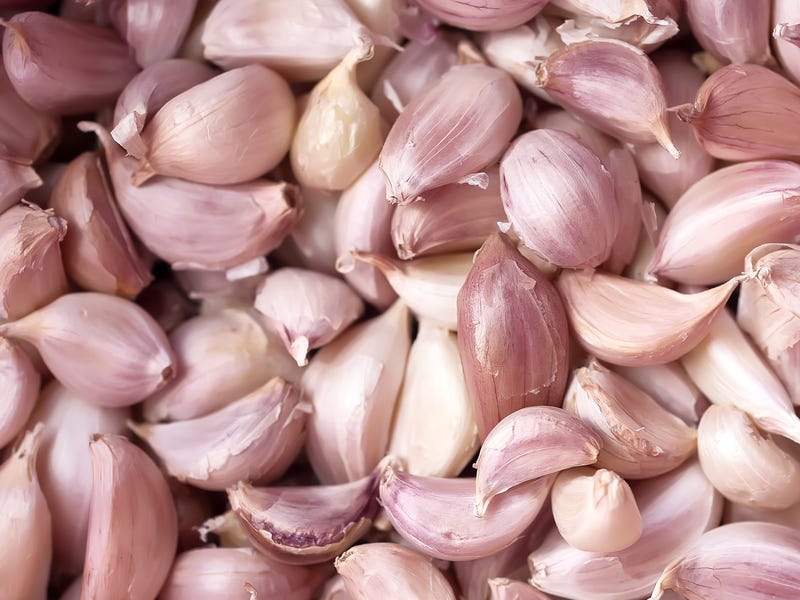 In a move that potentially left his breath smelling pretty strong for days, well-known competitive eater Patrick Bertoletti ate 36 cloves of garlic in 1 minute in January 2012.

Bertoletti has the record for the most PB&J sandwiches eaten in one minute. 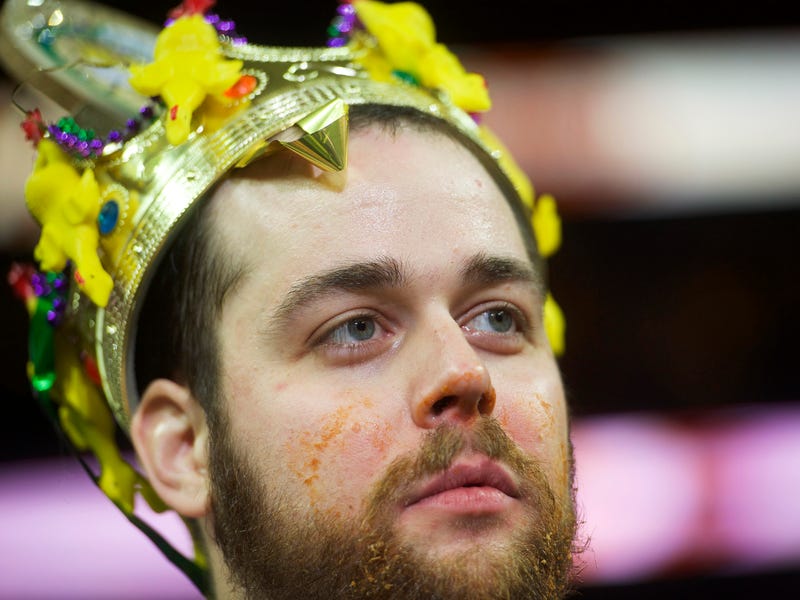 In 2012, Bertoletti broke the record for the most peanut butter and jelly sandwiches are eaten in 1 minute by chowing down on six of them.

At the end of 2013, Yusuke Yamaguchi rang in the New Year by setting a record for the fastest time to eat a raw onion. 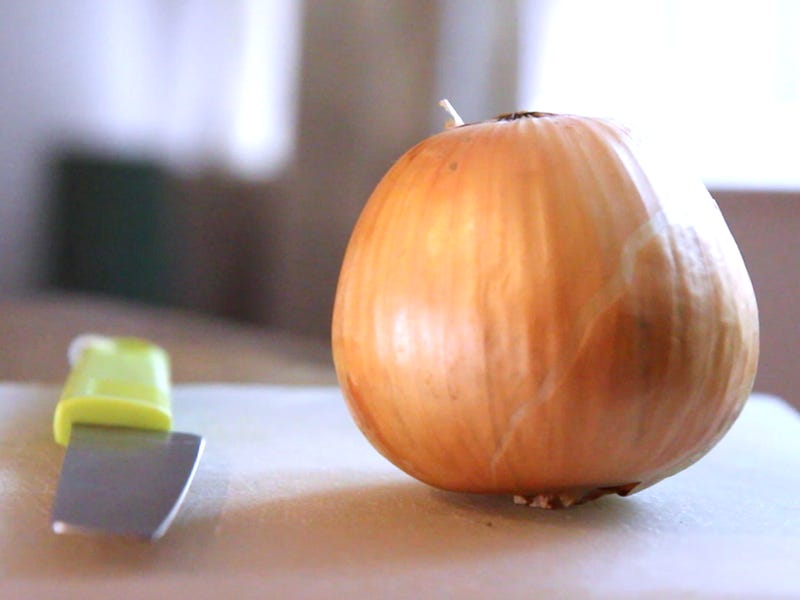 On December 31, 2013, Yusuke Yamaguchi set the Guinness World Record for the fastest time to eat one whole raw onion, clocking in at 29.56 seconds. The event was part of New Year's festivities taking place in Japan. 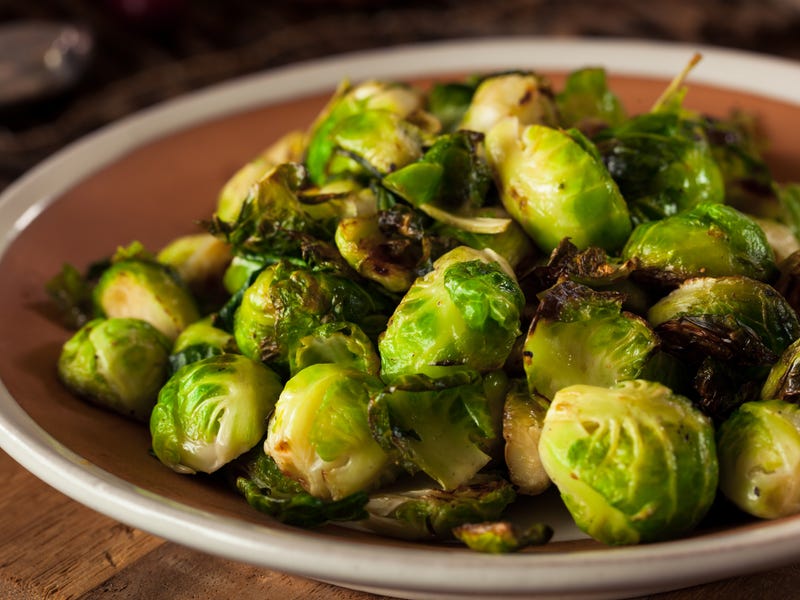 Surprisingly, the record for eating Brussels sprouts in 1 minute is competitive and therefore quite specific. Competitors must use a cocktail stick to spike one sprout at a time for consumption.

Using this technique, Linus Urbanec set the record in 2008 by eating 31 Brussels sprouts.

Kaif Ali Khan broke the record for the most grapes eaten using feet in 3 minutes. 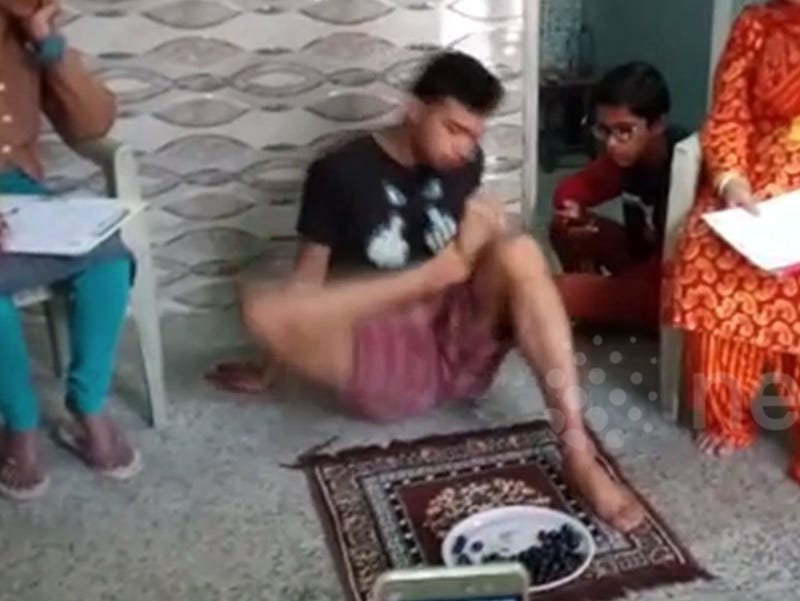 Although eating grapes with one's feet sounds unusual, it is certainly a challenge that most of us can't imagine attempting, let alone succeeding. And, in 2018, 19-year-old Kaif Ali Khan set a new record by eating 65 grapes with his feet in 3 minutes. 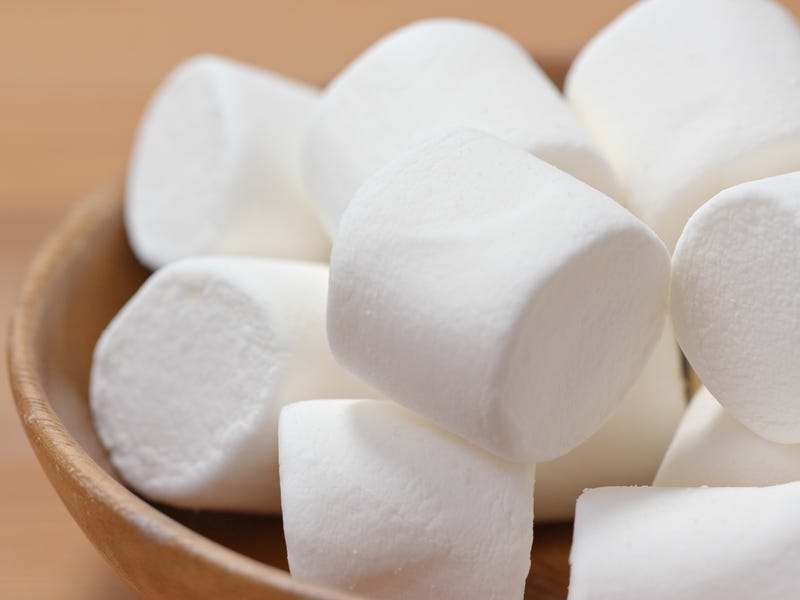 Marshmallows aren't an easy food to eat, especially because they are so sticky. Despite this, Anthony Falzon was able to achieve the record for the most marshmallows eaten in 60 seconds by chowing down on 25 of them in that time period. He has held the title since 2013.