Several All Blacks have been welcomed back into the starting lineups for Saturday's Super Rugby showdown between the Chiefs and Crusaders, but the difference could come in the man who is missing.

Richie Mo'unga has been ruled out of the clash with a groin injury suffered early in the Crusaders' opening win over the Waratahs, with David Havili taking the reins at No 10.

He'll be up against Aaron Cruden, with the Chiefs boosting their starting lineup with the inclusion of the former All Blacks pivot, while Anton Lienert-Brown and Damian McKenzie are also named in the run-on side.

Cruden and Lienert-Brown played pivotal roles off the bench in the Chiefs' first-round 37-29 comeback victory over the Blues, but have been promoted to the starting XV for the clash in Hamilton, while McKenzie was a late scratch with a groin injury but has been picked to start at fullback. McKenzie won't play the full 80 minutes however, with coach Warren Gatland recognizing the need to slowly re-introduce him.

"He did some speed work last week and the groin tightened up. He probably could have got through last week but the message that I've been saying to the players is that I feel like my job here is to do whatever I can to get these guys in the All Blacks to not rush them back or put them under any pressure.

"That was my message to Damian what have we got to do in the next two or three months to get you back in the All Blacks. We don't want to burn the candle too early; we want to time things and make sure they're going well in April and May."

A similar message was passed to Mo'unga by Robertson, who is playing the long game with his star first-five.

"If it was a final he could have played, but we want to look after him for the long-term. It was a call that we made for him – just look after yourself." 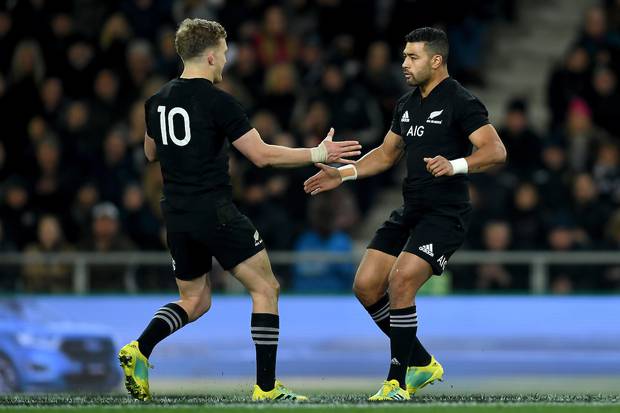 Robertson also explained why Havili got the nod to start over one-time All Black Brett Cameron, who remains on the bench.

"He brings experience, we know that's really important in these big games, and it puts Will Jordan [starting on the wing] on the field as well. David's got a great kicking game and plays well in the big ones."

Mo'unga's absence is mitigated by the returns of Sevu Reece and Codie Taylor to the starting lineup after bench roles in the opener, while George Bridge and Joe Moody will make their season debuts.

Moody will be going up against a depleted Chiefs front row, with Nepo Laulala out for up to six weeks with a knee injury, and Angus Ta'avao also sidelined.

Atu Moli will start at tighthead prop, alongside Aidan Ross, while on the bench Ross Geldenhuys is in line for Chiefs debut, and Ollie Norris set for his Super Rugby debut.