PRINCE Charles confirmed he remains in a state of "general isolation" after being forced to stay inside because of his coronavirus diagnosis, admitting to feeling "distressed and frustrated" like fellow Britons.

Prince Charles announced this week he left self-isolation after seven days spent alone following his coronavirus diagnosis. The Prince of Wales admitted to still being in a state of "general isolation" as he paid tribute to other Britons being separated from their families because of the deadly virus. In a video to the older communities across the country, Prince Charles said: "Having recently gone through the process of contracting this coronavirus, luckily with relatively mild symptoms, I now find myself on the other side of the illness but still in no less a state of social distance and general isolation.

"As we are all learning, this is a strange, frustrating and often distressing experience, when the presence of family and friends is no longer possible and the normal structures of life are suddenly removed. "At such an unprecedented and anxious time in all our lives, my wife and I are thinking particularly of all those who have lost their loved ones in such very and abnormal circumstances and of those having to endure sickness, isolation and loneliness." The Prince of Wales and Camilla, the Duchess of Cornwall, temporarily relocated to Scotland to limit their social interactions and avoid catching the virus. The Duchess of Cornwall tested negative for the virus but is due to remain in self-isolation another week to ensure she does not develop symptoms. 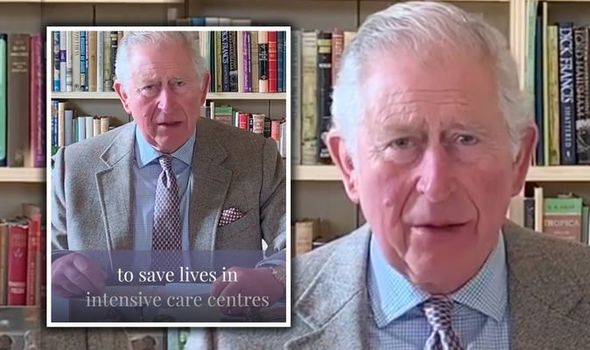 The Prince of Wales paid tribute to Britons volunteering their time to help the elderly (Image: CLARENCE HOUSE) 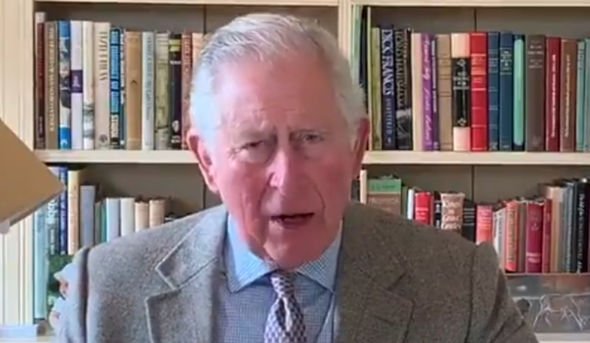 The Prince of Wales paid particular tribute to those Britons offering up their time to help the most vulnerable members of society with their shopping, urging them not to feel alone or left out as they are forced to stay home as much as possible to avoid catching the coronavirus. He continued: "As Patron of Age UK, and my wife the Patron of Silver Line, our hearts of out to all those older people throughout this country who are now experiencing great difficulty. "However, we also know that in every community up and down this land, where people of all ages are being affected by this virus, there are truly wonderful neighbors, individuals and groups of volunteers who are providing ceaseless care and attention to those most at risk and that this network of selfless assistance is, in itself, helping to provide vital support and reassurance to the hard-pressed professional services. "And at a time when doctors, nurses and all the vital ancillary staff that form the backbone of our remarkable NHS are increasingly under such enormous strain, and risk as they battle heroically to save lives in intensive care centers and to contain, as much as possible, the spread of the virus, our thoughts and prayers are very much with those marvelous people whose extraordinary skills and utter, selfless devotion to duty and the care of their parents make us so very proud."

Prince Charles and Camilla are expected to remain in Scotland for the time being (Image: GETTY) 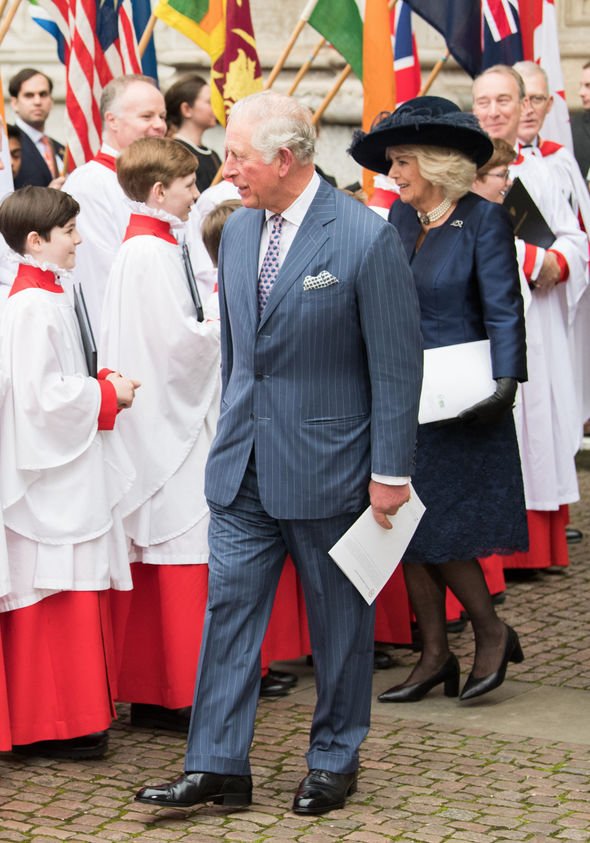 Prince Charles also urged the British public to treat NHS staff and essential workers with the respect they deserve for ensuring the UK marches on despite the pandemic. The Prince of Wales issued a message of hope for the coronavirus outbreak to end soon as he insisted people should have "faith in ourselves and each other" for the future. He added: "Indeed, it has been so wonderful to see just how many across the United Kingdom have signed up in the hundreds and thousands to be NHS volunteers, offering their help to do whatever they can to provide support to those on the front line. "It is clearly essential therefore that such key people are treated with special consideration when coming off their exhausting duties and trying to do their shopping while having to contend with constant anxiety about their own families and friends.

"In this regard, we also think to all those many shop workers who are toiling as hard as they can throughout each and every night to keep shop shelves stocked.

"As a nation, we are faced by a profoundly challenging situation in which we are only too aware threatens the livelihoods, businesses and welfare of millions of our fellow citizens.

"None of us can say when this will end but end it will. Until it does, let us try and live with hope and, with faith in ourselves and each other, look forward to better times to come."

Prince Charles remains part of an at-risk category along with Camilla and his parents, the Queen and Prince Philip.

He is expected to remain in Scotland for the time being.

Mags and Julie Go on a Road Trip Download

Cyberpunk 2077 is getting a massive 464-page strategy guide

Warner Bros will release its 2021 films

God of War Kratos is coming to Fortnite