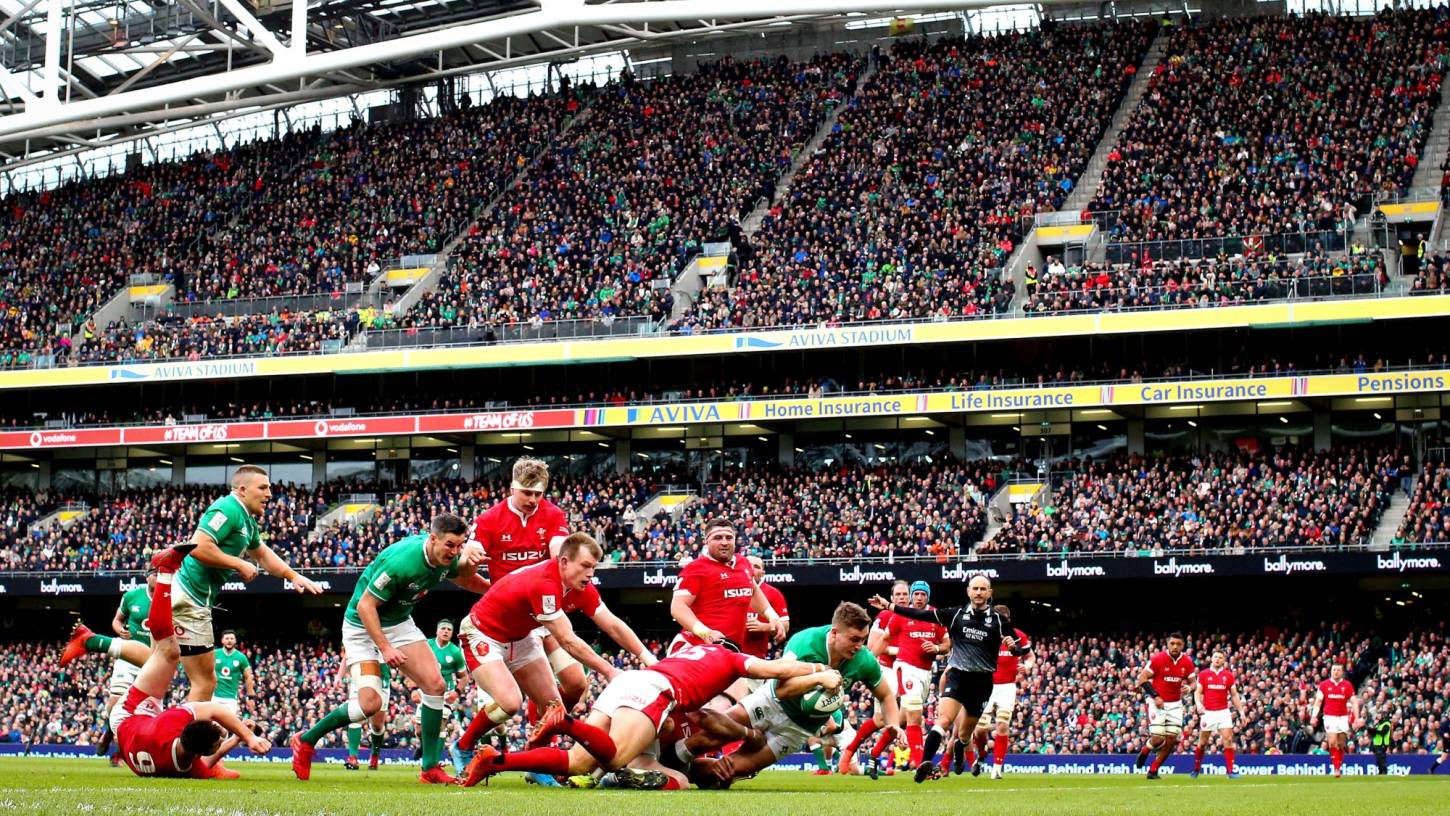 However CJ Stander was similarly influential at the breakdown, and after earning one penalty inside the Wales 22, Ireland took the now familiar decision to kick to the corner rather than taking the three. From that field position, they were able to work Larmour into some space, and he showed his quick feet to cut inside Nick Tompkins, on his first Test start, and then power over. Johnny Sexton shanked his conversion, but Ireland led 5-0 after 20 minutes. Wales had struggled for any possession or territory, but they proved much more clinical than their hosts when the chance came. Dan Biggar put Alun Wyn Jones threw a gap with a beautiful pass on the gain line. The Wales skipper then offloaded back to his fly-half, who in turn fed Williams to scoot over. Biggar’s conversion made it 7-5 to Wales. Their lead lasted just five minutes though, with Furlong powering over from close range. Off the back of a good scrum, Bundee Aki punched the ball up and when it was recycled, Furlong got through the tackle of Dillon Lewis to dot down. This time Sexton made no mistake with his conversion and Ireland led 12-7 at the break. 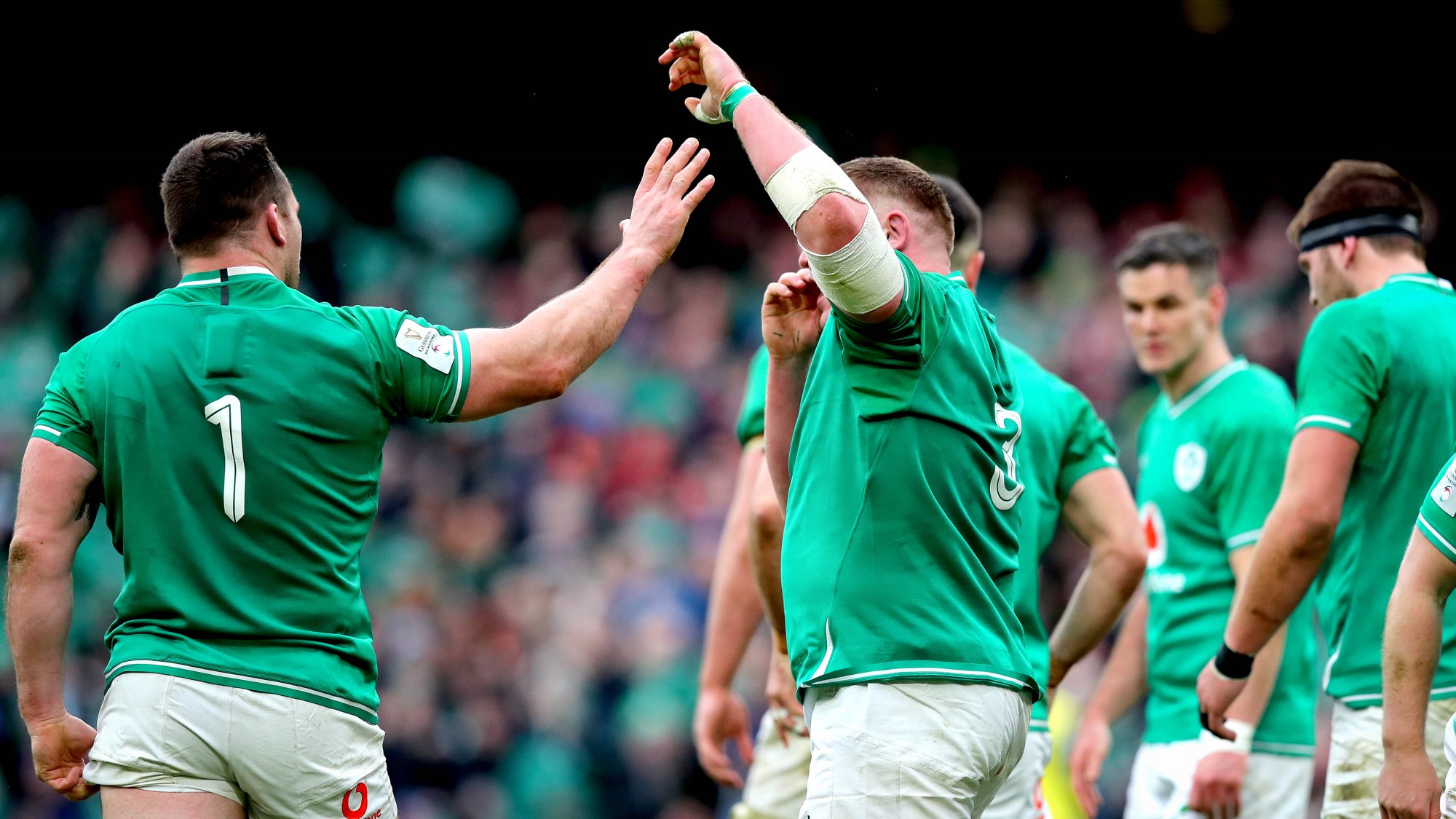 SECOND-HALF START Ireland had enjoyed the better of the first half, and they started the second in similar fashion, stretching their lead through Van der Flier. Again they were rewarded for their ambition, kicking to the corner when they had a simple shot at goal. From the rolling maul, Van der Flier was brought down short of the line but was able to reach over to get the try. Trailing 19-7, Wales needed a response, and replacements Jarrod Evans and Johnny McNicholl almost provided it as they picked up the tempo and helped set up territory in the Ireland 22. They thought they had a try to get right back in it, but Hadleigh Parkes lost the ball just as he went to dot down after a powerful surge in close. Wales kept coming, and continued to put pressure on their hosts, but an Ireland scrum penalty five meters from their line was greeted to huge cheers from the crowd and the Ireland front row, allowing them to clear their line. Instead it was Ireland who went over for their fourth try to seal maximum points from the match, quick hands putting Conway over in the right corner after Larmour’s wide pass to his back three colleague. Wales did finish on a high, Tipuric getting over the line from a rolling maul after Stander had been sent to the sin-bin for persistent infringement at the breakdown. But it was too little, too late as Ireland laid down a marker. Key Moment With an hour gone, Wales desperately needed a score to get back in the match, and almost had it when Hadleigh Parkes burst through a gap. He lost the ball in the process of scoring though, and when Ireland won a scrum penalty not long after, five meters from their line, hopes of a Welsh comeback evaporated.

Player watch When he first broke onto the international scene two years ago, Jordan Larmour looked absolutely electric, and now he has been given the No.15 jersey full-time, he is taking full advantage. It was his quick feet that allowed him to wriggle through Nick Tompkins' tackle for the opening try. He also delivered the final pass for Andrew Conway to seal the win. While it was not a perfect display, with one poor kick out on the full, Larmour looked a threat every time he got the ball. Ireland made it two wins from two at home in the 2020 Guinness Six Nations as they overcame Wales 24-14 at the Aviva Stadium. In a tightly-contested affair, tries from Jordan Larmour and Tadhg Furlong in the first half put Andy Farrell’s side up 12-7 at half-time. And they added a third in the second half through Josh van der Flier before Andrew Conway sealed the bonus point five minutes from time. Wales kept themselves in the hunt with some stubborn defense and a fine first-half score from Tomos Williams, but they spent too much of the game on the back foot to be able to come away with the win despite Justin Tipuric’s last-gasp try. Ireland started strongly, only prevented from scoring through a Wales scrum penalty and then Wyn Jones getting over the ball to earn another reprieve.