UEFA are set to postpone the Champions League and Europa League until July at the very earliest due to the coronavirus outbreak. Football has been suspended until April 30 due to the deadly virus. UEFA is holding a meeting with its 55 national football associations on Wednesday to discuss plans.

And it's understood UEFA will confirm there will be no Champions League or Europa League football until July at the very earliest. UEFA wants domestic competitions finished before potential quickfire semi-finals and finals in the Champions League and Europa League. The final games of both competitions could be played in the same city over a five day period. It's also understood international football will be suspended further, with an autumn return likely. The Premier League, EFL, FA and FSA released a joint statement on Wednesday, claiming there are no quick answers to when football will return. 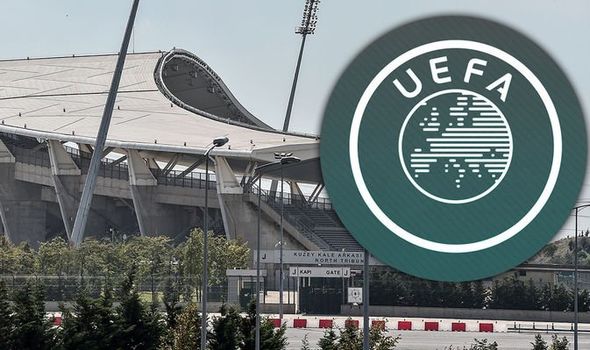 Football was originally suspended until April 3 due to the coronavirus outbreak. However, due to the severity of the pandemic, the suspension was pushed back until April 30. It remains to be seen whether the season can be finished and there's still a possibility the campaign could be called null and void. And the Premier League, EFL, FA and FSA have now confirmed football will not return until it's absolutely safe to do so. The joint statement read: "COVID-19 has presented a hugely challenging and uncertain time for everyone and our thoughts are with all those directly affected by the pandemic. The Government's message is clear: stay at home, protect the NHS, save lives. "We are all committed to getting back to playing the game we love - but only when it is safe to do so. Amid the current uncertainty, supporters will understandably have a number of questions relating to the season and the clubs they follow, and there are no quick answers to how and when we will return to what used to be our football normality. "The Football Supporters' Association (FSA), Premier League, EFL and The FA want to reiterate that clubs and their supporters have a vital role to play in supporting the Government’s guidance and ensuring community strength and solidarity. While there is no football, our sport can still play its part. "Clubs and supporters have responded magnificently with staff, fans and volunteers supporting those most in need in their local towns and cities. "Fans can keep up to date with how the Premier League and EFL clubs are providing wide-ranging support for their communities, including the provision of facilities for medical use and accommodation for NHS staff. Clubs are also supporting food banks, transporting medicines and food, and telephoning the most vulnerable members of society. "Many supporters' groups across the country have also shown just how valuable they are. We have seen official supporters' trusts raising tens of thousands of pounds in their local communities, donating to local food banks, delivering care packages and helping NHS staff. "The work of clubs, staff, volunteers and fans are making a difference to those in need. The FSA, Premier League, EFL and The FA encourage all clubs and supporters’ groups to remain in contact during this difficult time and, where possible, support one another in their community efforts. We also extend our gratitude to those football supporters who are key workers, and those who have offered their support on a volunteer basis. "We urge fans across the country to follow the ongoing Government advice, to provide us all with the best opportunity to keep fans and communities safe. "It is also important to note that any official communications will come from the Government and football authorities themselves. Please follow our official channels for this information. "As the situation is regularly changing, the Premier League, EFL and The FA will continue to consult the FSA and keep supporters updated on the progress made as soon as is practically possible. "Thank you, once again, for your continued patience, work, and support."