Arsenal crashed out of the Europa League on Thursday when Olympiakos scored a last-minute goal at the end of extra-time at the Emirates.

Pierre-Emerick Aubameyang scored a stunning goal to put the Gunners 2-1 up on aggregate with minutes to spare.

But it was late heartache when Youssef El-Arabi netted the goal that pulled it to 2-2 with the visitors going through on away goals. 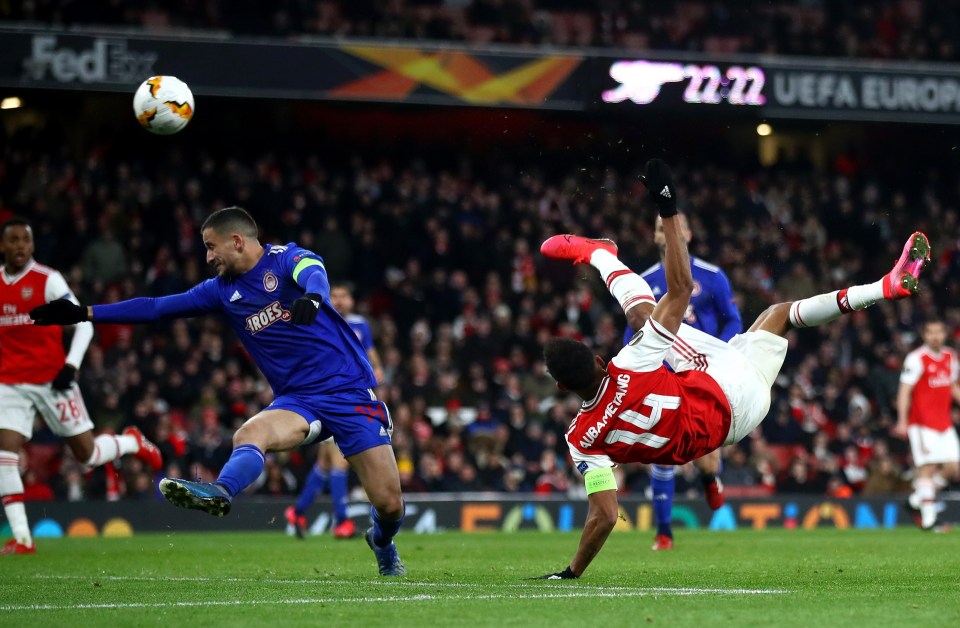 The Gunners made hard work of the match at the Emirates and failed to score in normal time.

They thought they had the goal they needed in the first half when Granit Xhaka threaded a pass through to Saka, who fired a low ball for the France striker to tap in. However, the young left-back mistimed his run and was correctly ruled offside.

Olympiakos took the lead in the 53rd minute when Pape Abou Cisse was left unmarked to head home from six yards out and level the tie. 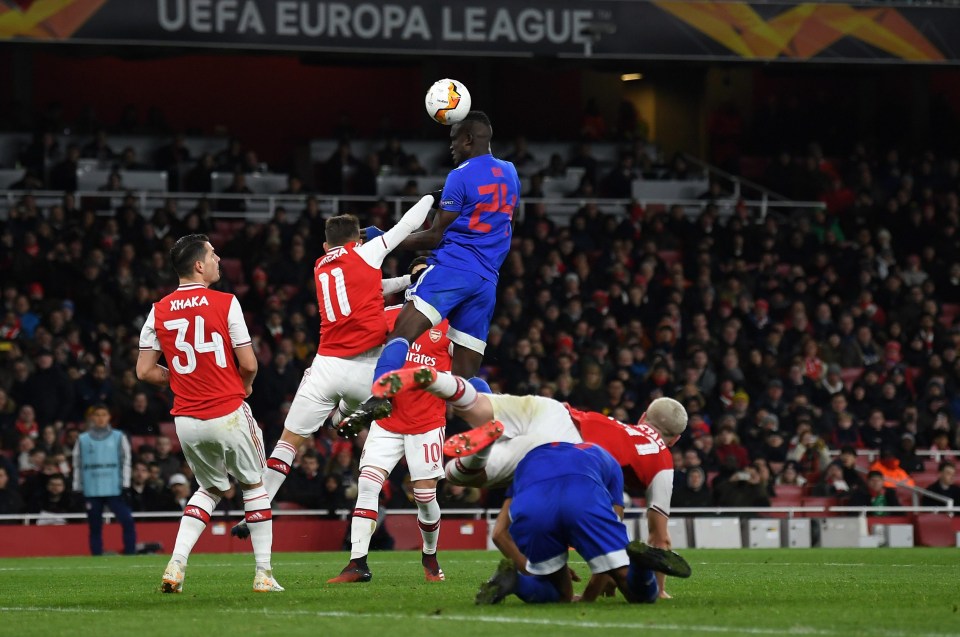 The Gunners probed for the goal that would send them through but could not break down the Olympiakos defence.

The match headed into extra-time where Aubameyang scored a stunning bicycle kick and thought he had sealed the tie.

El-Arabi stabbed in from six yards out in the final minute of extra-time to send Olympiakos through to the last-16.

Arsenal captain Aubameyang then missed a sitter from six yards out in the final chance of the game but somehow failed to hit the target as the match ended 2-1.

It was far easier for Manchester United who comfortably made it through to the last-16 of the Europa League with a 6-1 aggregate win over Club Brugge.

United were on the front foot from the start and had three good chances in the opening three minutes. 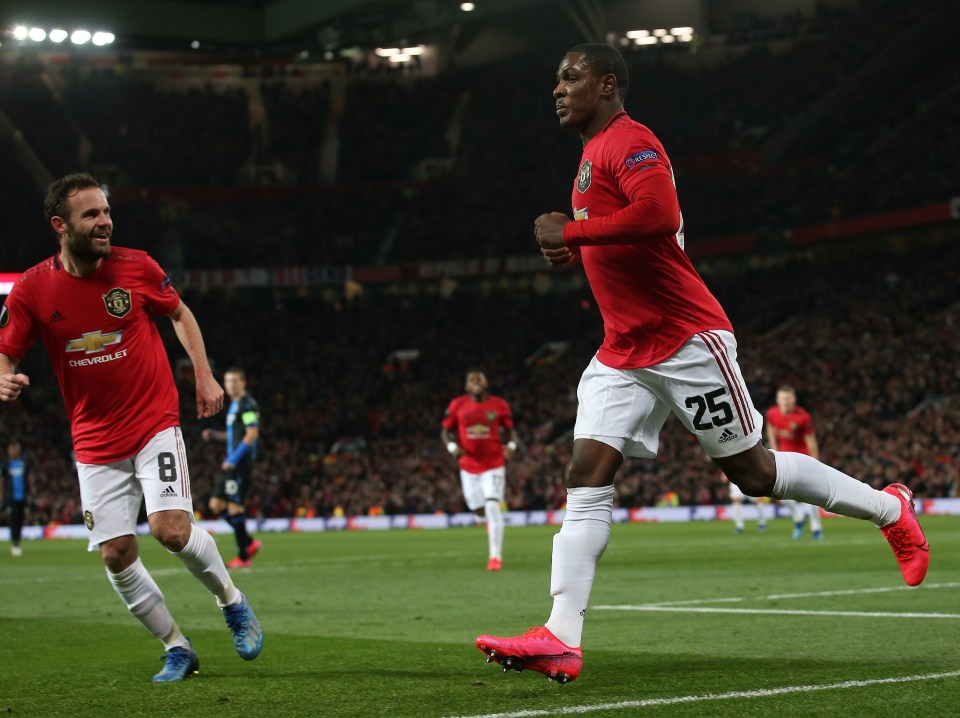 Harry Maguire saw an effort cleared off the line before Juan Mata was denied by Simon Mignolet and Bruno Fernandes then had a shot tipped onto the post by the Belgian.

United were given a penalty for a blatant handball by Simon Deli, who dived to parry away Daniel James’ shot.

Deli was also shown a red card, a decision that was confirmed after a VAR review. 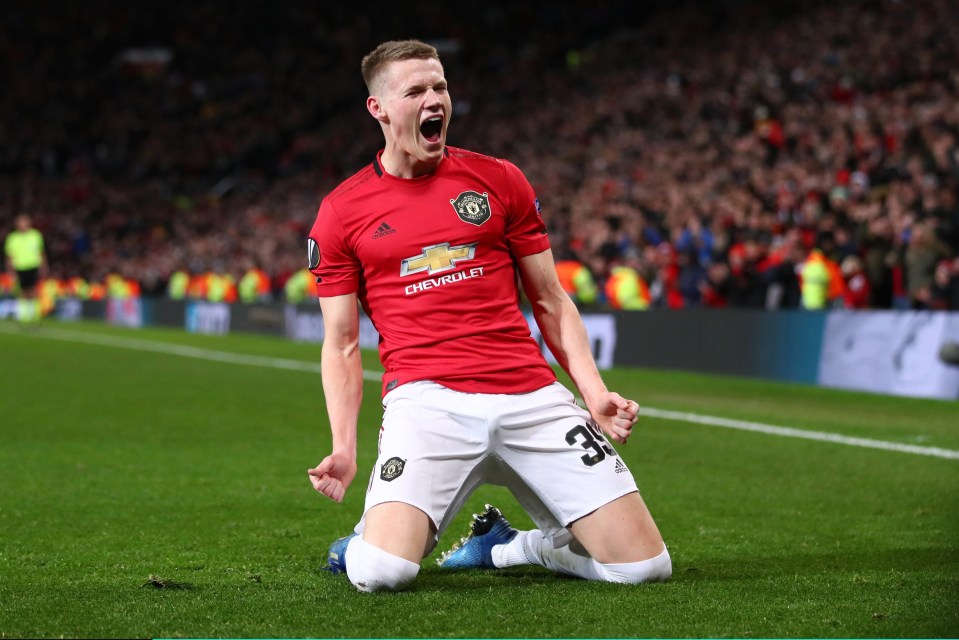 That meant a lengthy wait for Fernandes to take the penalty, but he rolled it into the corner to give the hosts a 2-1 lead on aggregate in the 27th minute.

United doubled their lead in the 34th minute, Ighalo marking his first start with a first goal for the club.

It was put on a plate by Mata, who beat the offside trap to meet Fernandes’ clever pass and pulled the ball across goal for Ighalo to hook in.

United surely booked their place in the next round when the returning McTominay made it 3-0 in the 41st minute.

The hosts were running rings around their 10-man opponents and Fred teed up McTominay for a precise shot into the bottom corner, leaving Mignolet motionless.

United probed for a fourth during the second half and found it in the 82nd minute when substitute Jesse Lingard teed up Fred for a simple side-foot finish.

There was still time for another United goal, Fred producing arguably the best finish of the night, curling the ball into the corner from Chong’s pull-back in stoppage time.

Wolves booked their place in the last-16 of the Europa League earlier in the evening as they saw off Espanyol 6-3 on aggregate.

Nuno Espirito Santo was afforded the luxury of resting some key players with a 4-0 advantage from the first leg and comfortably went through to the next round despite a 3-2 defeat on the night. 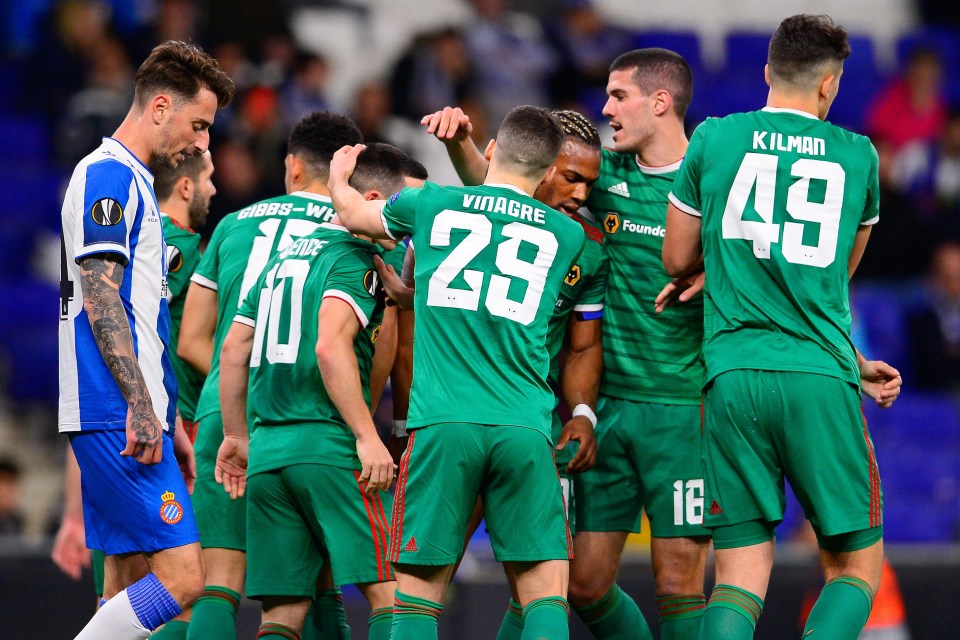 Espanyol opened the scoring in the 16th minute to give them hope of staging a mammoth comeback.

The hosts worked the ball down the left and Adria Pedrosa fired in a first-time cross for former West Ham striker Jonathan Calleri to finish off.

Daniel Podence found the winger in the area, whose first touch ricocheted off the home defender and back, before squeezing into the bottom corner.

Wolves led 5-1 on aggregate and, with their away goal, meant the Spanish outfit needed five goals to progress. 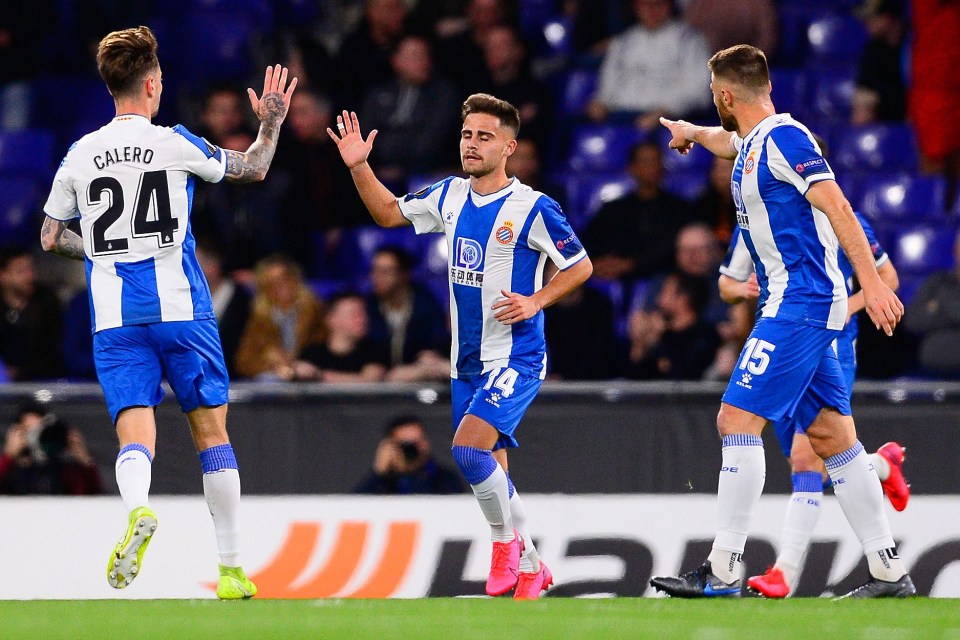 Espanyol regained the lead from the penalty spot in the 57th minute with Calleri coolly slotting home his second goal.

Max Kilman was the culprit for a high foot on David Lopez, with Marco Guida pointing to the spot.

Wolves equalized once again with 11 minutes remaining to effectively seal their place in the Europa League last 16.

A quick throw-in caught out the Espanyol defense as Podence sprinted free down the left wing before firing a low ball for Matt Doherty to tap in at the far post.

Calleri then completed his hat-trick in added time to make it 3-2 but it proved too little too late.