Remember the Titans star Ethan Suplee has documented his fitness journey on Instagram over the years, but some fans were still unaware that the actor has been working hard for his new ripped physique.

Suplee, 43, posted a photo of himself via Instagram on Friday, January 10, showing off his muscles as he worked out in #gym “Between sets ama? All done now, thanks for the company,” the American History X star captioned the picture.

“I am completely floored by this!!!,” one person commented on the photo while another wrote, “Dude, seriously the coolest transformation.”

The actor appeared in numerous TV shows and movies in the ’90s and early 2000s, including Boy Meets World, Clerks II, My Name Is Earl and The Butterfly Effect. He explained in an interview with Entertainment Weekly in 2017 that he started working out after the end of My Name Is Earl in 2009.

“After ‘My Name is Earl,’ I started obsessively riding bicycles. I actually did get properly thin at one point I was nine percent body fat. But I was also riding a bicycle six to eight hours a day, six days. After two years of that, my wife [Brandy Lewis] said, ‘Hey, idiot, you can’t retire and ride bicycles. You have to go get a job.'” 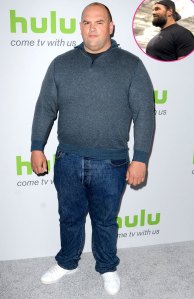 He added, “So then [when I started looking for work], I found that people were like, ‘Who are you? We don’t know you. You’re this new person.’ So a couple years ago I made the decision: I’m not going to kill myself to be thin when nobody knows me as a thin person, and I do think it is affecting the kind of jobs I’m getting. And so I just kind of relaxed on my diet.”

Suplee admitted that it was harder for him to find acting roles after losing the weight. The Blow star revealed that he almost didn’t get the role on the former TV series Chance, which aired from 2016 to 2017, because of his slimmer figure.

Suplee decided that he wanted to gain a few more pounds because he wasn’t comfortable being as thin as he had become. After he gained some more weight, was offered a role as Darius ‘D’ Pringle.

“I’d gained a bunch of weight back because I actually didn’t find being thin all that it’s cracked up to be,” he said. “So we convinced them that I was heavier again, and I went in, and that was that. I was heavy enough.”

Mags and Julie Go on a Road Trip Download

Cyberpunk 2077 is getting a massive 464-page strategy guide

Warner Bros will release its 2021 films

God of War Kratos is coming to Fortnite