From a high end West African #restaurant to a #finedining return for a Michelin-starred chef, these are the brand new restaurants – and a cooking school, and a food court – kicking off the next 10 years of #London culinary story. 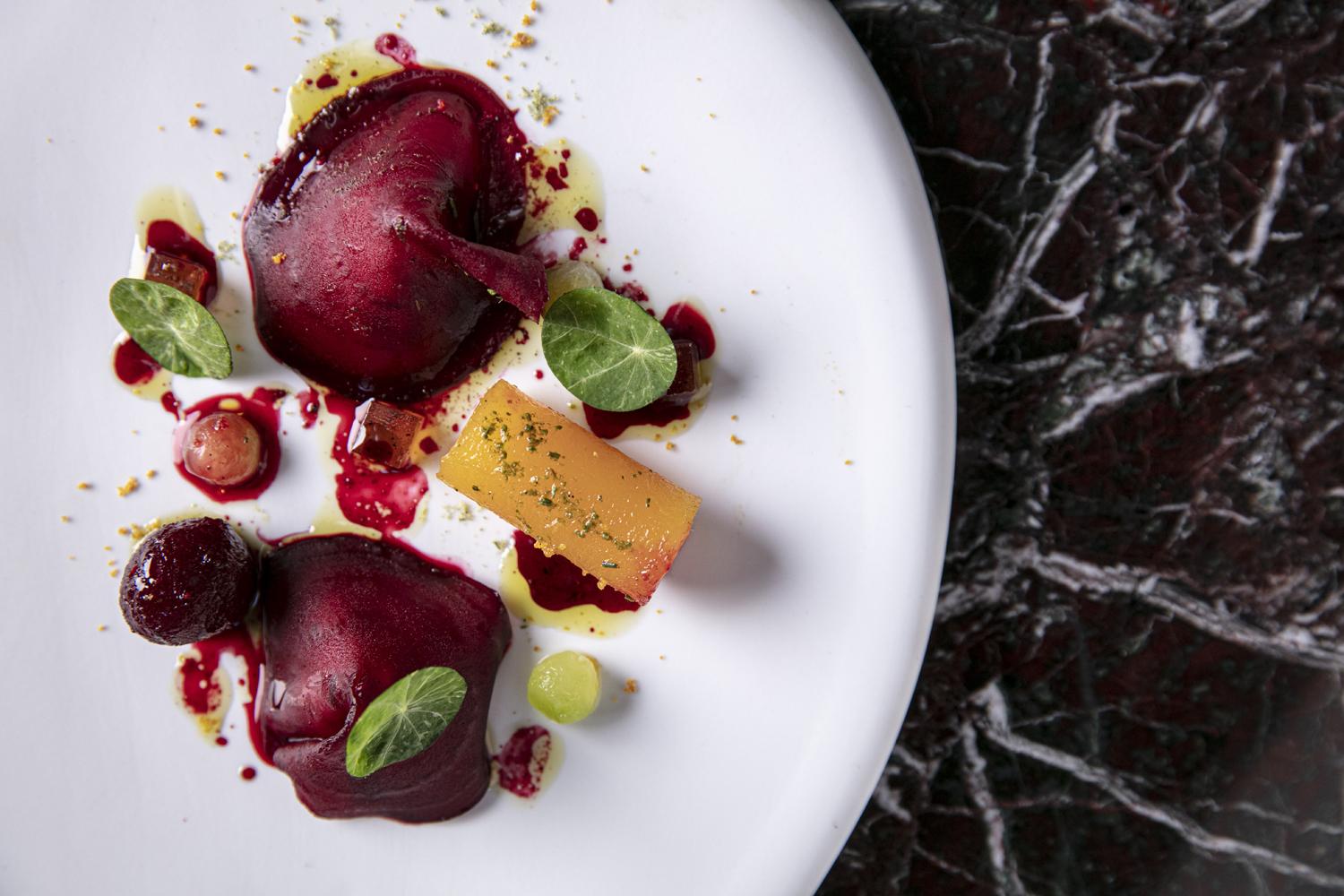 Chef Tom Aikens is kicking off the year’s big-name openings by making his return to fine dining. He’ll be opening Muse in Belgravia in January, a 25-cover restaurant situated inside a small, converted Georgian townhouse. The restaurant will offer six or ten-course tasting menus, with each dish connected to a memory or a person from the British chef’s life. Aikens, who has taken a back seat from fine dining in recent years, is best known for securing Pied A Terre two Michelin stars when he was just 26 years old, and earning a star for his eponymous restaurant within its first year of opening. 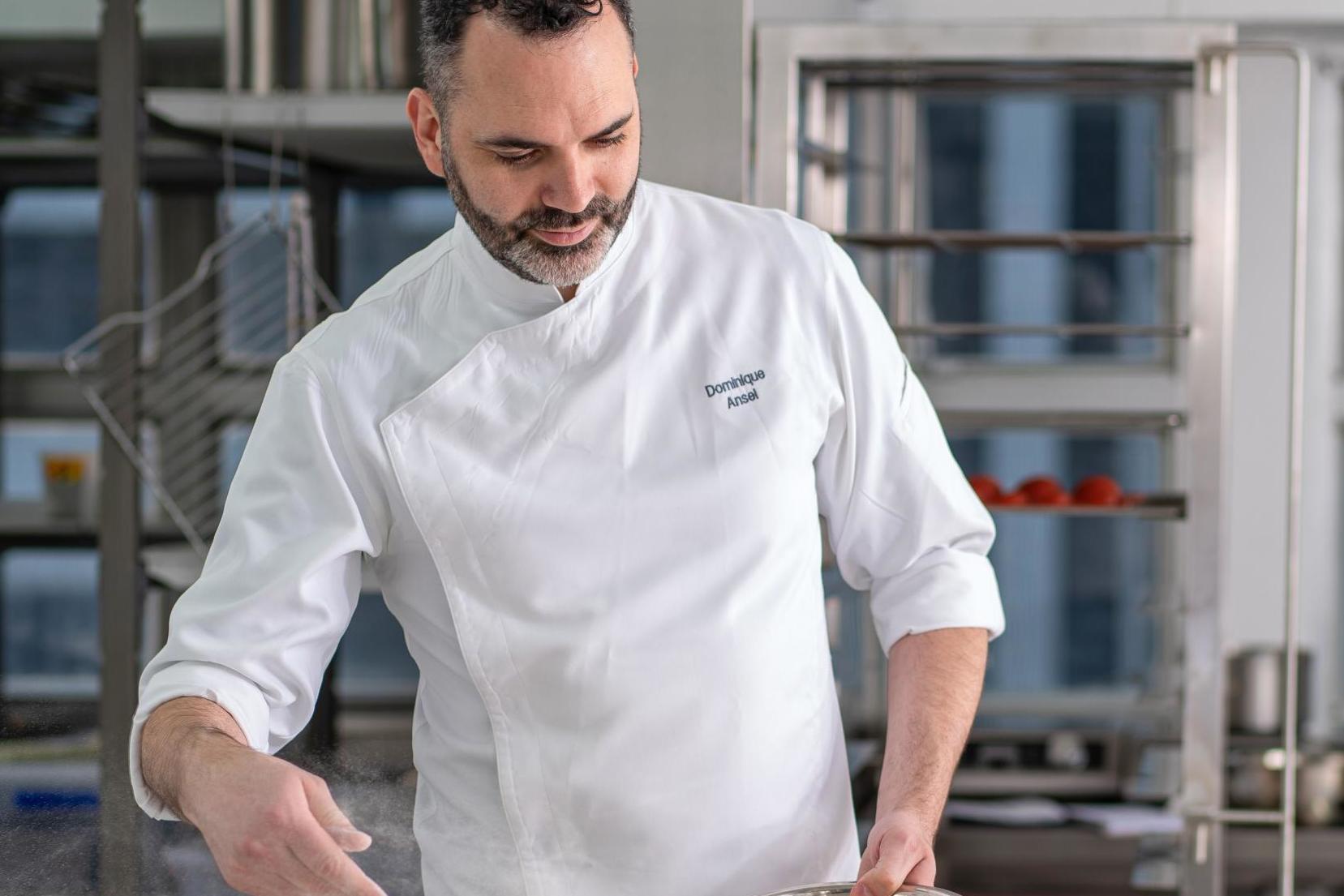 Dominique Ansel is the man responsible for London’s Cronut craving, having introduced the capital to the croissant-doughnut hybrid we didn’t know we needed back in 2013. Now, the internationally renowned pastry chef is adding both a string to his bow and a London location to his repertoire with the opening of Dominique Ansel Treehouse. In contrast to his Belgravia bakery, Treehouse will be a full restaurant which will showcase techniques used by top pastry chefs throughout a sweet and savory menu – think pies, pâte à choux for cheese gougeres and puff pastry for a soup en croute. The twist? No cronuts.

West African food is coming to Fitzrovia’s Berners Street courtesy of Masterchef: The Professionals finalist William JM Chillia. Following roles at Galvin at Windows, The Langham and Orrery, Chillia will be opening Akoko, which will present a refined take on West African classics. Dishes will include a hearty favorite of smoked jollof rice, but also grilled aged beef suya with confit tomato, barbecued baby aubergine maafe and a smoked goat consommé. It’s a little delayed from its initial 2019 slating, but looks set to open its doors in February. 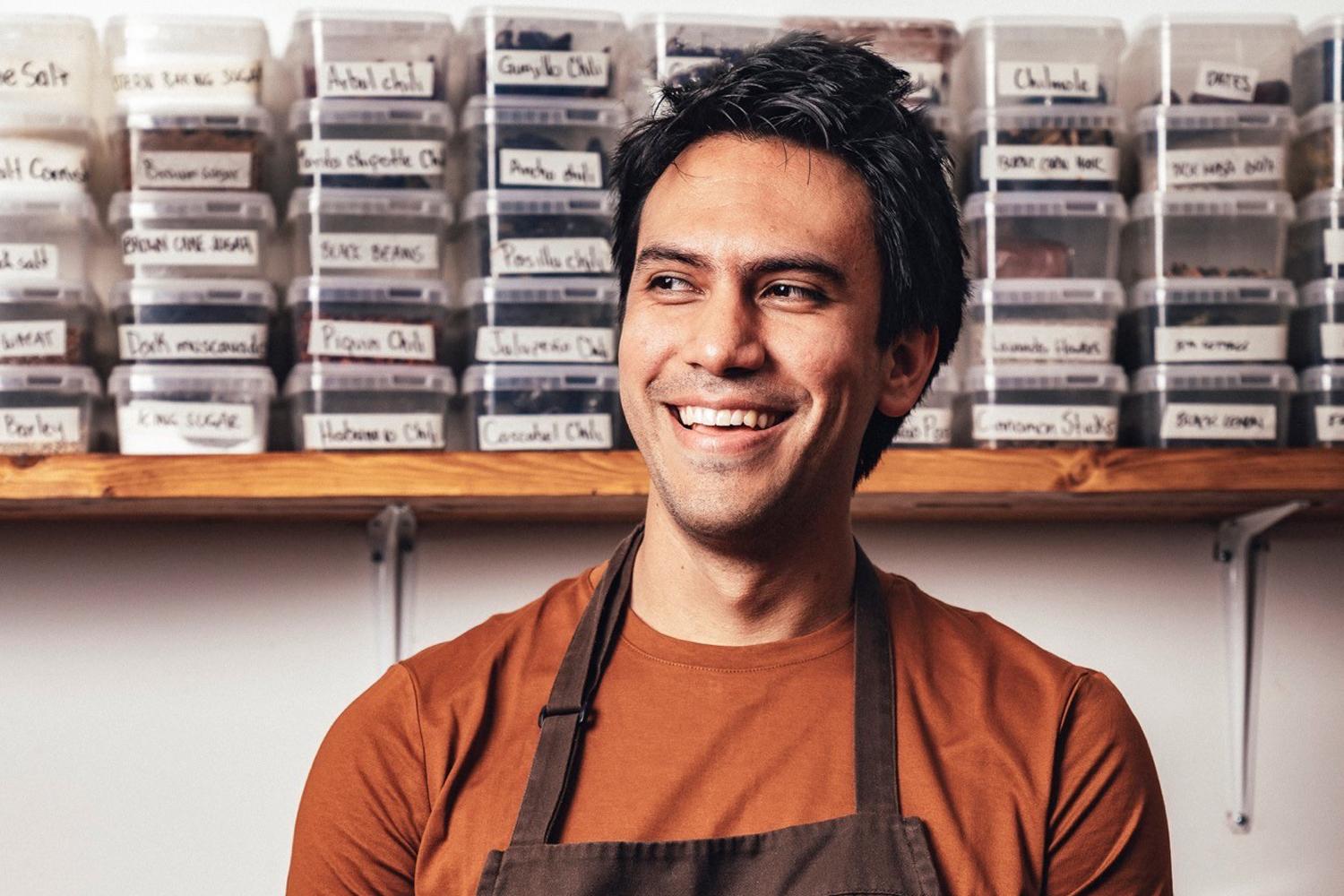 Names in the restaurant world don’t get much bigger than Noma – so naturally there’s substantial excitement around the new opening from Santiago Lastra, the former head chef at Noma Mexico. Hailing from the Latin American offshoot of the Copenhagen heavyweight, Lastra will open Kol in Fitzrovia, a restaurant showcasing the history and diversity of Mexico’s culinary culture while using largely British ingredients. Expect the likes of langoustine tacos with sea buckthorn and lamb tostada cured in gooseberries with walnut oil, and tortillas handmade in-house on a traditional comal grill. 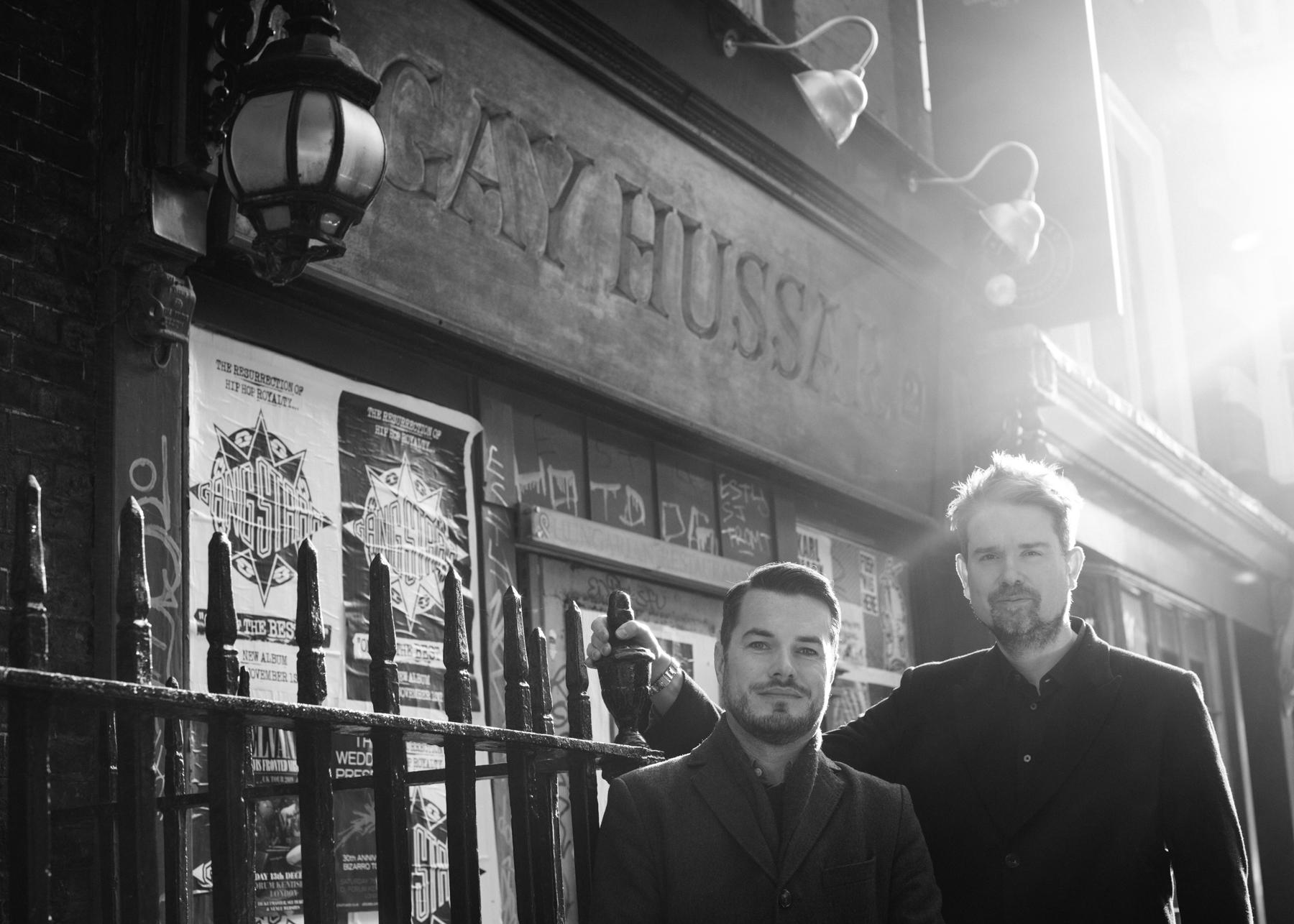 Noble Rot caused a great deal of excitement for supporters of Old Soho last month, when it announced it would be taking over the former home of fabled Hungarian restaurant the Gay Hussar. The World Restaurant Award-winning spot in Holborn revealed it would open a second site in Greek Street, taking over the historic site where the Gay Hussar resided from 1953 until 2018, becoming known over the decades as a popular meeting spot for political powers. While the new restaurant will open as Noble Rot Soho, the menu is expected to make nods to the site’s goulash-filled culinary history. 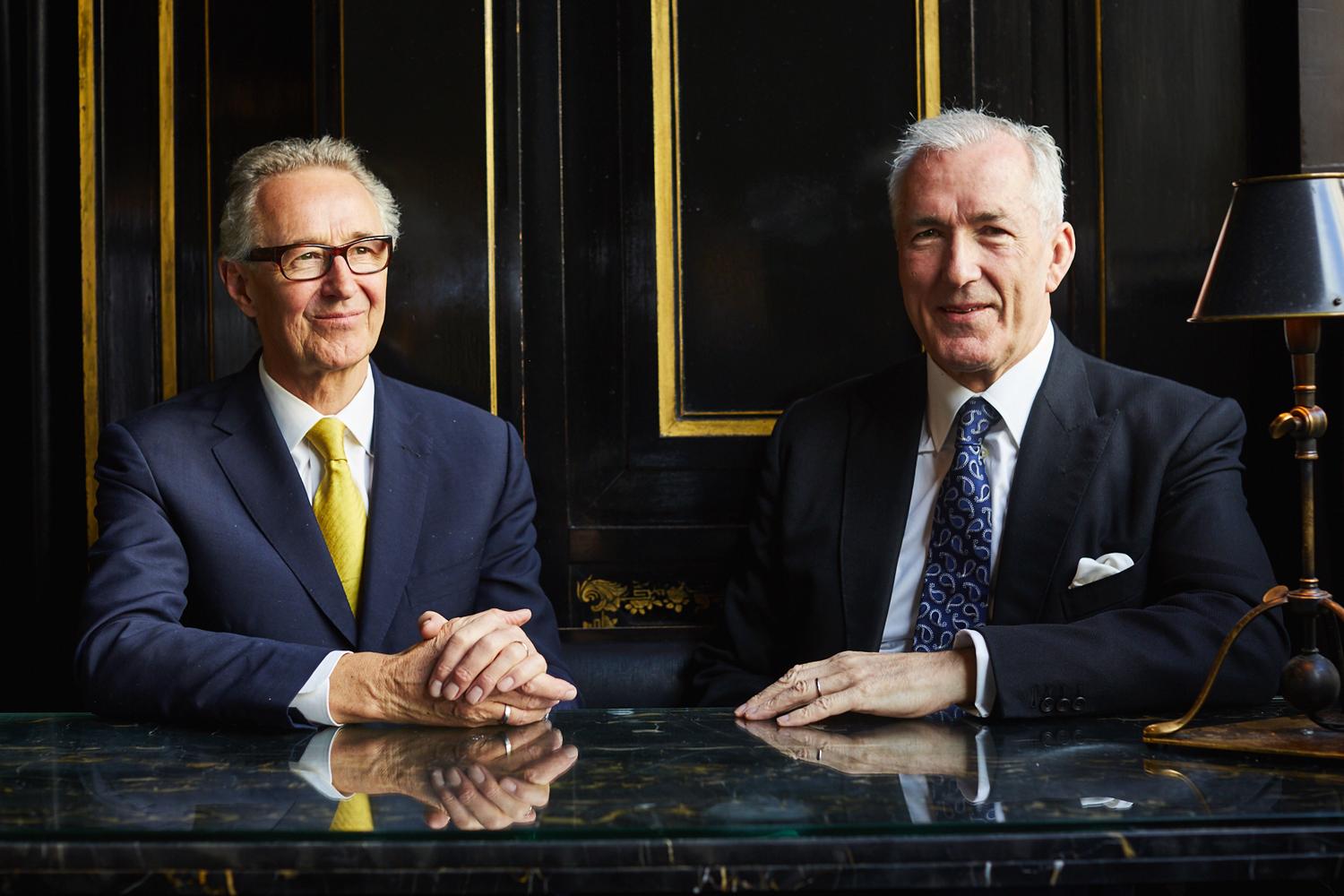 Chris Corbin and Jeremy King are two of the West End’s most revered hosts, and 2020 will see another spot for jovial soirees enter the fold. The Wolseley founders are set to bring more sophisticated frivolity to Soho this year, with seafood restaurant Manzi’s opening off Greek Street. Fans of Brasserie Zedel are set to enjoy this one, billed as a “fun and affordable” restaurant across two floors. The focus on fish and the name is a nod to a former Manzi’s, a much-loved but now-closed seafood restaurant near Leicester Square. 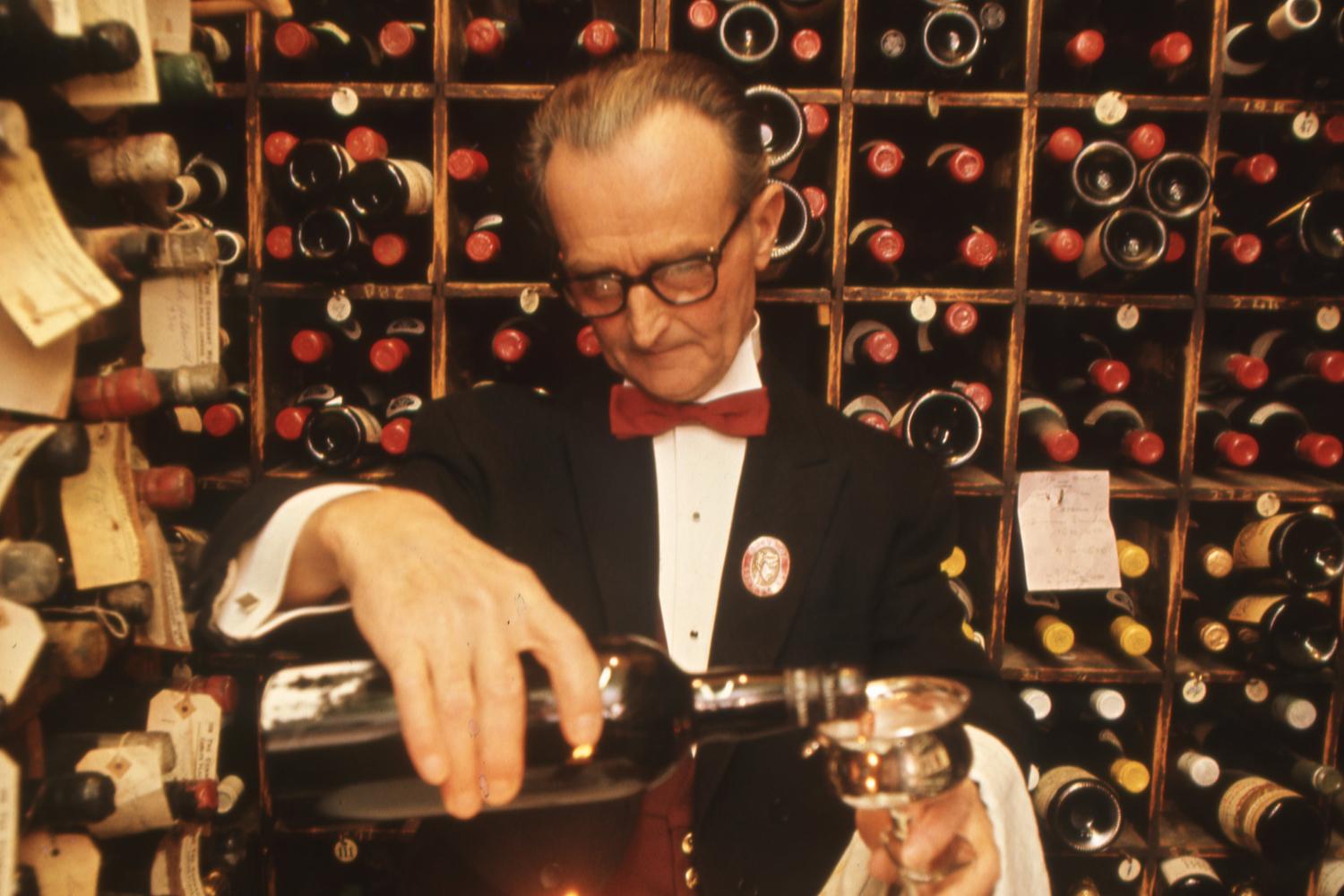 A former London dining stalwart is making a return this year, as Mayfair hotel The Connaught relaunches its Grill after a 20-year closure. Before closing in 2000, the restaurant had served Londoners for almost half a century, and will now be reinstated with guidance from internationally acclaimed chef Jean-Georges Vongerichten. The 46-cover spot will be updated with an open kitchen, and will be the third restaurant at the hotel, open alongside Vongerichten’s eponymous dining room and Helene Darroze’s two Michelin-starred restaurant. 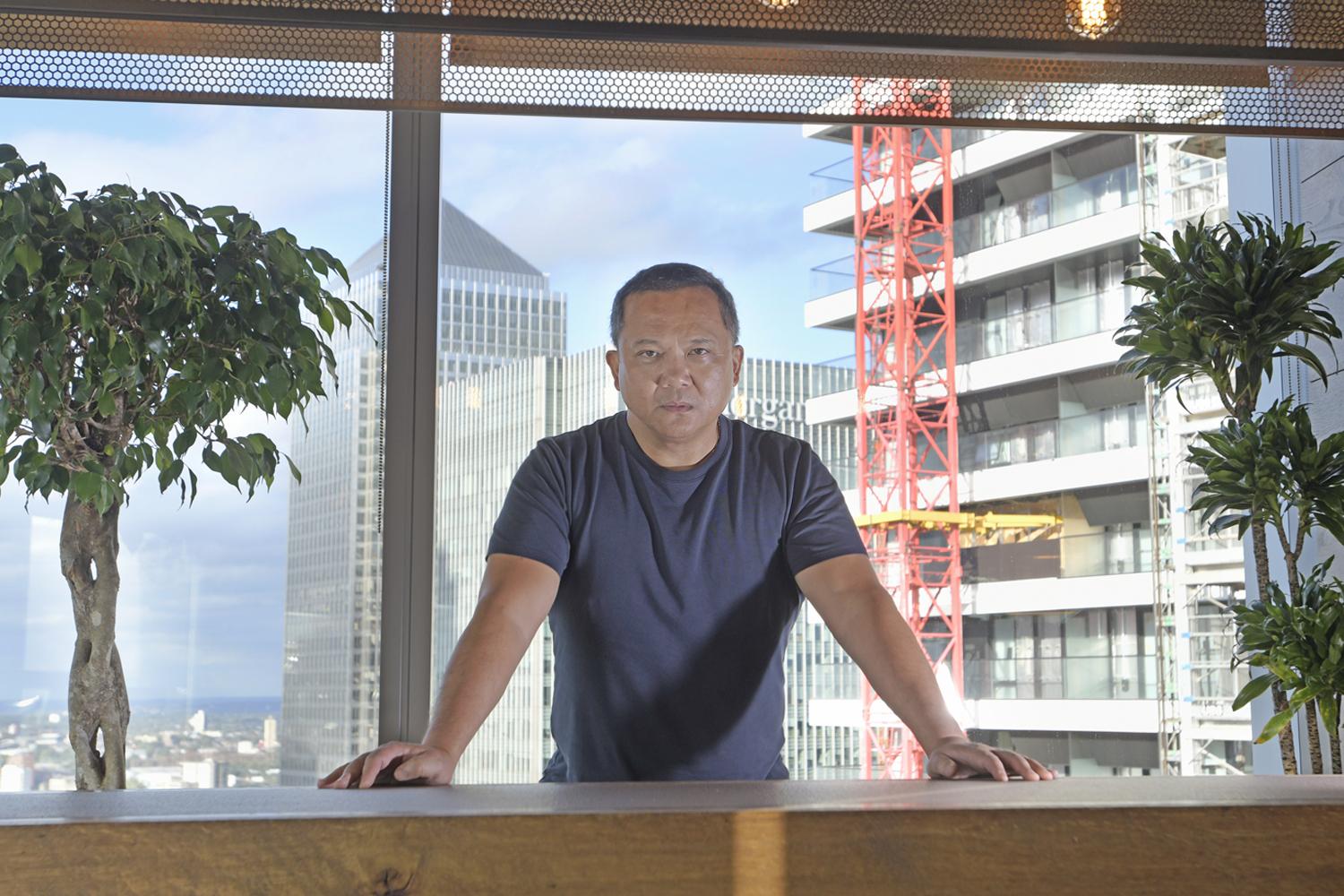 2020 will mark a big London year for Wagamama founder Alan Yau. The restaurateur, who has gradually stepped back from his London businesses (Park Chinois, Duck and Rice) in recent years, will return with several new openings in the capital next year. The biggest of these will be Chyna, a high-end seafood restaurant in Canary Wharf, which Yau described to the Standard as being akin to a “Chinese River Cafe”. This will be accompanied by smaller, diner-style restaurant Yau Grilling in the same development, while Yau will also launch a second site for his Turkish concept Yamabahce in Westfield London, and Mozzasando, an Italian-influenced katsu sando shop in Kensington. 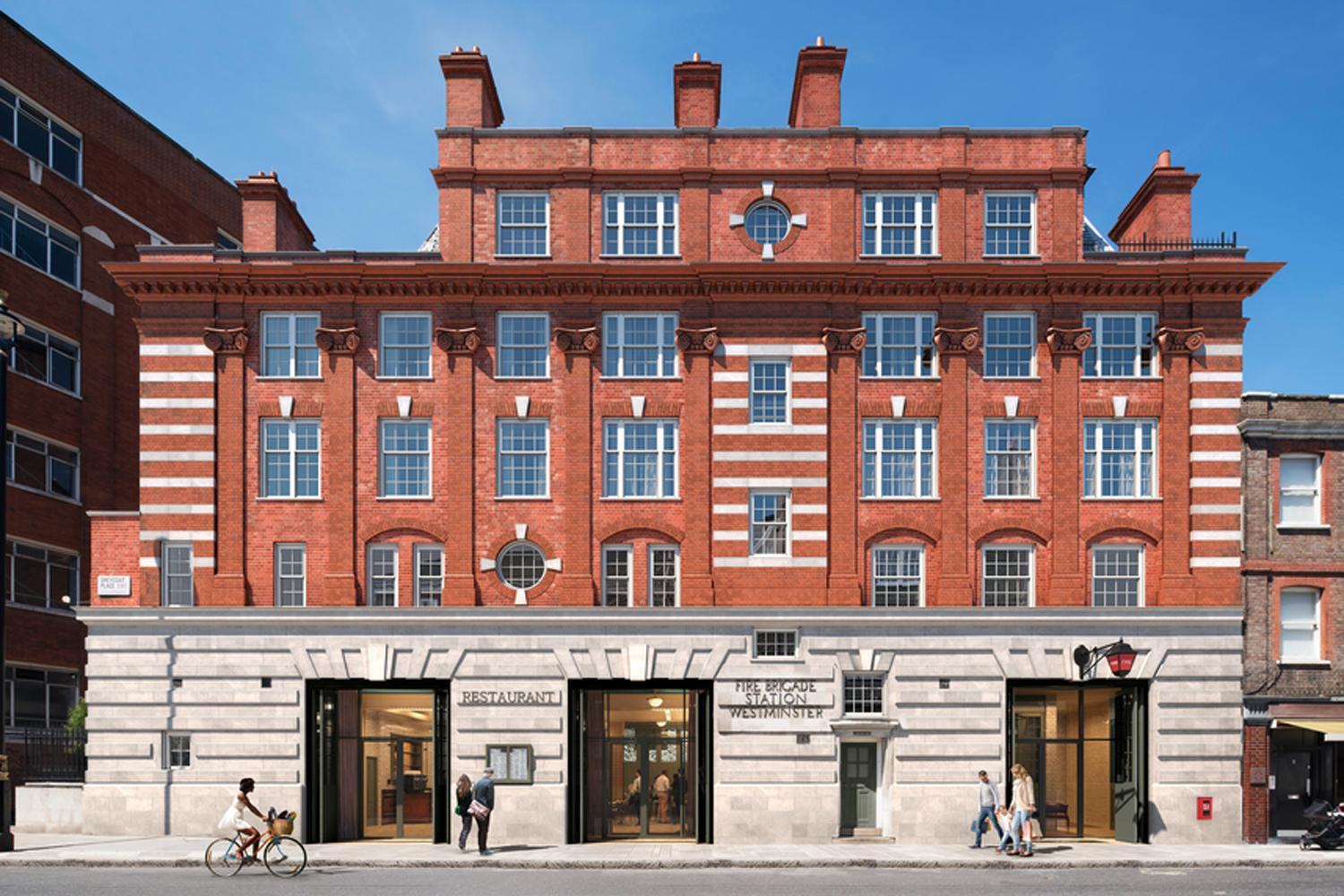 It’s the second year on the bounce that Michelin-starred chef Atul Kochhar will be opening a brand new restaurant. Kochhar, who opened Mayfair’s Kanishka last year after leaving his award-winning stint at nearby Benares, is heading to Westminster for Mathura. The major new venture is situated inside the area’s former Fire Station, and will host 200 covers inside the 5000 square foot site. The restaurant is named for the capital city of the aforementioned King Kanishka’s second century empire, and will focus on Kochhar’s signature Indian cooking with British ingredients. 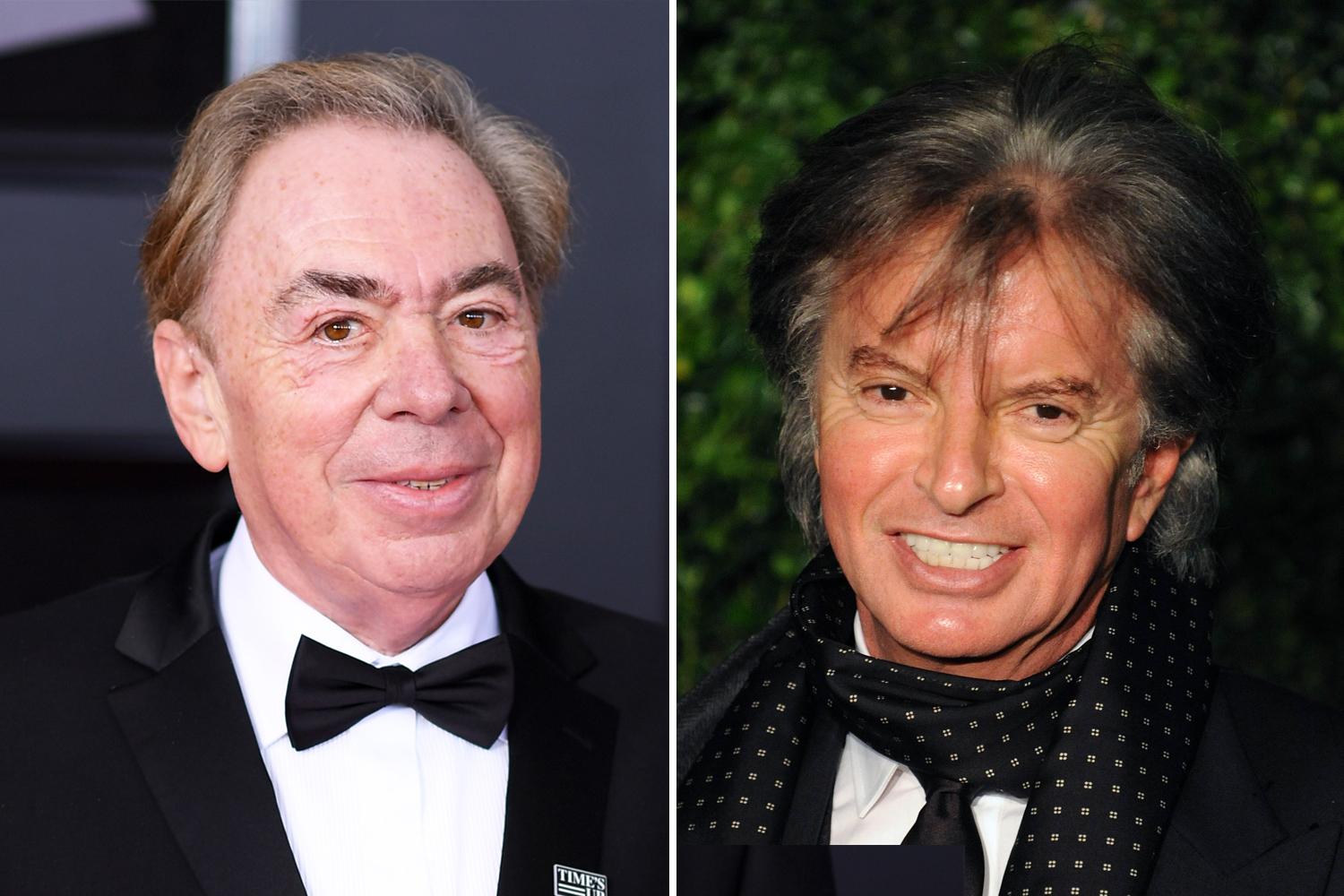 We don’t yet know what this restaurant is going to be called, but who cares when it has names as big as these attached to it. Composer and theater impresario Andrew Lloyd Webber is teaming up with Caprice Holdings founder Richard Caring to open a new restaurant inside the Theatre Royal Drury Lane, which is currently undergoing a massive redevelopment project. Lloyd Webber has called Caring – of Sexy Fish, Scott’s and The Ivy fame – a “brilliant restaurateur and showman, both of which are essential to ensuring the theatre will continue to be a vibrant part of Covent Garden life”. Curtains are due to go up in autumn. 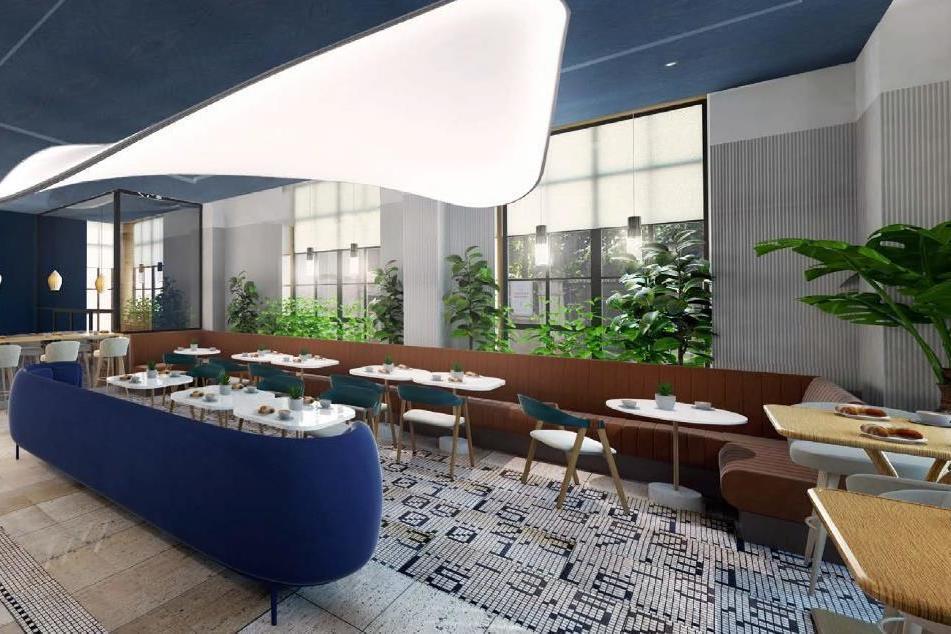 Arguably the most famous cookery school in the world (apologies to Prue Leith), Le Cordon Bleu will open a second site in London next year – and it’ll come with its own restaurant. The school is taking over a Grade II-listed, two-storey site in Fleet Street, which will encompass both a cafe and restaurant space inside the former home of Sir Terence Conran’s Lutyens. Diners at the restaurant will be served food cooked by students of the Parisian-hailing school, and so should keep an eye out for the gastronomic stars of the future.

2019 was the year that London went mad for both fresh pasta and food courts, but 2020 is about to roll those two passions into one giant parmesan-sprinkled treat. Eataly, a 42,000 square foot food hall, will open inside 135 Bishopsgate next year to the delight of all pasta fanatics. Italian food fans will know that the brand boasts locations all across the world – New York, Istanbul, Tokyo to name but a few – but this will be its first stop in London. We’re hoping it’ll take the form of its predecessors, namely a cacophony of restaurants, food suppliers, gelaterias, deli counters and much more.