To see this working, head to your live site.
Search
Gabriel Klue
Feb 08, 2020

The Most Influential Celebrities on Social Media

Social media has allowed celebrities to directly communicate with fans over the years. Platforms like Twitter and Instagram have given users a closer look at their favorite celebrities, granting them direct access into their world.Celebrities like Selena Gomez and Chrissy Teigen have used their platforms to speak openly with fans about important issues, while stars like Kim Kardashian, Kylie Jenner and Justin Bieber have built their empires on social media. These celebrities have the power to influence millions of people around the world with a single post, and they have mastered just how to do it.Scroll through the photos below to see some of the most influential celebrities on social media.Duggar Family Snapchat: The Reality Family On Social Media! 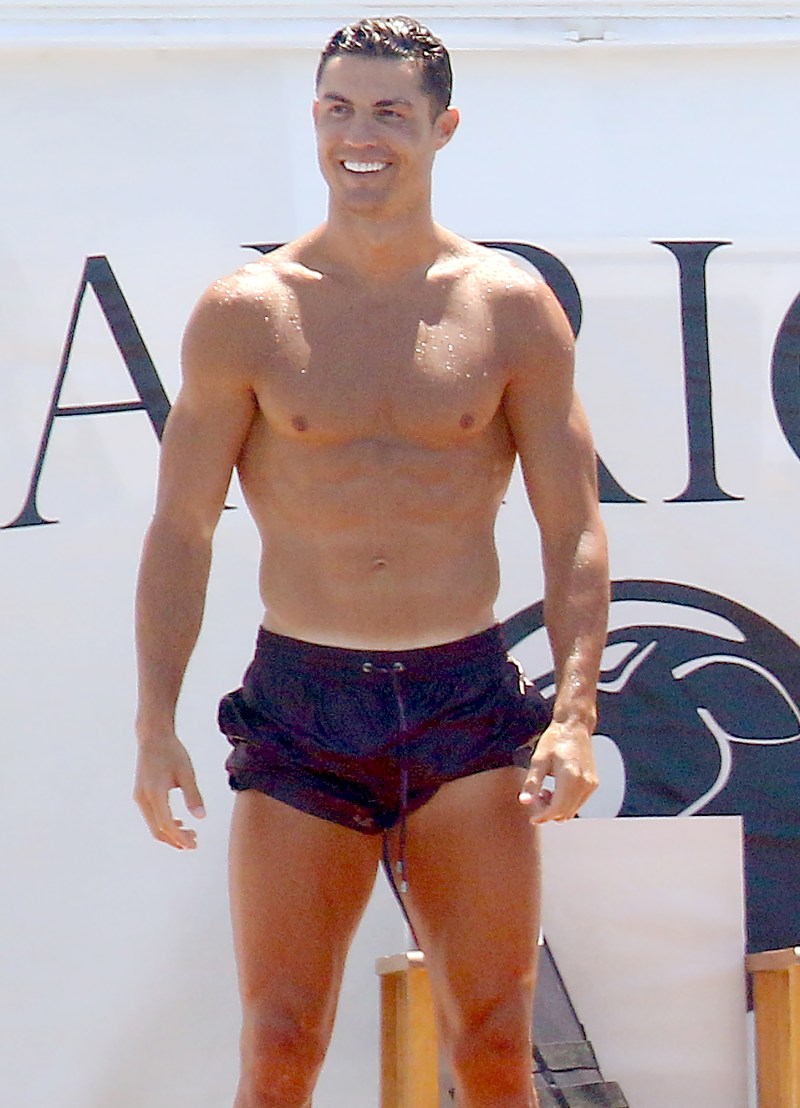 Cristiano Ronaldo The Portuguese soccer star is the most followed person on Instagram, taking the title from Selena Gomez in October 2018. In January 2020, he became the first person to hit 200 million followers. He posts content of him playing soccer, photos of himself posing with his family and more.Credit: Shutterstock 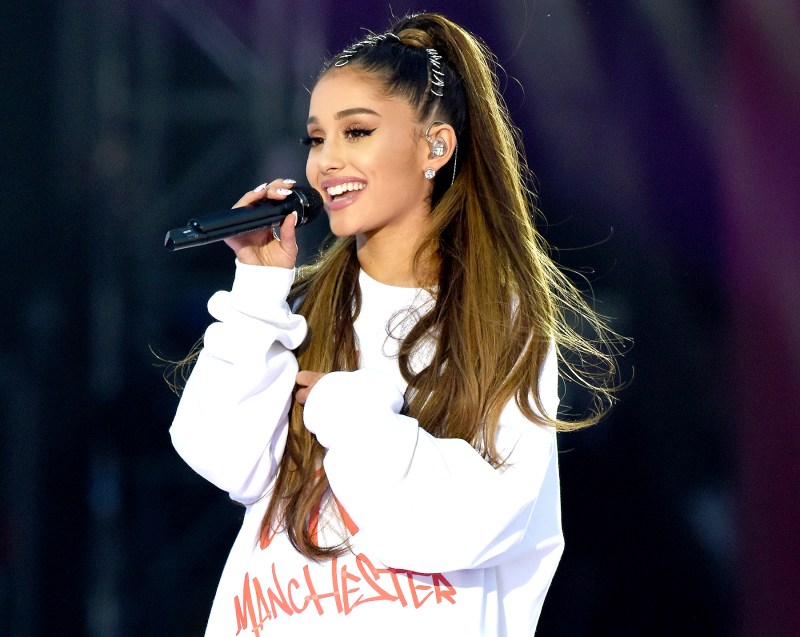 Ariana Grande Ariana Grande comes in second for the most followed person on Instagram, but her impact goes far beyond the Facebook-owned app. After the attack during her concert at the Manchester Arena on May 22, 2017, the Nickelodeon alum took to Twitter to directly communicate with fans. “Broken. From the bottom of my heart, I am so so sorry. I don't have words.” Her sentiment quickly became one of the most retweeted in the social networking site's history, with more than a million retweets, and 2.6 million likes.Credit: Getty Images/Dave Hogan for One Love Manchester 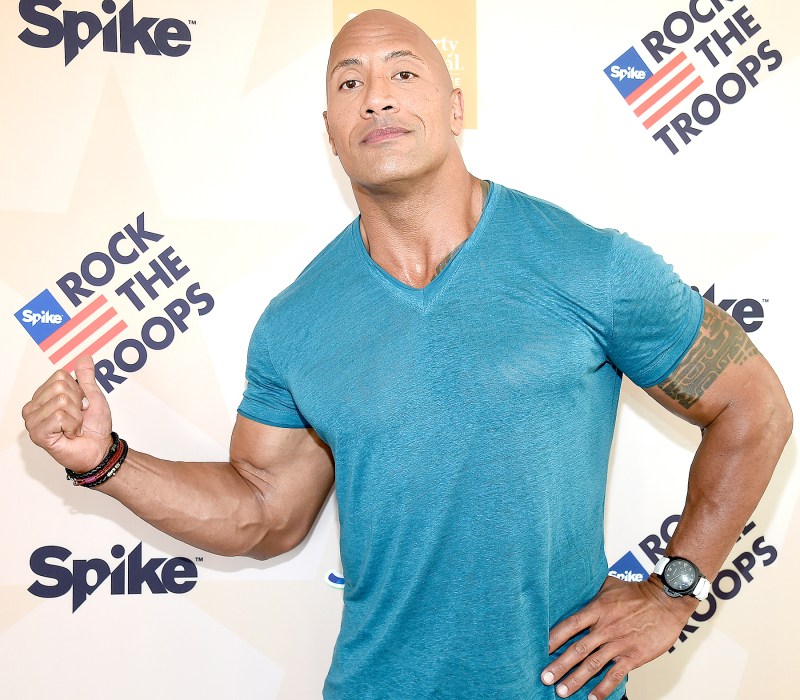 Dwayne Johnson The Rock became the third most-followed Instagram user in January 2020, with over 171 million followers. The pro wrestler-turned-actor gained his followers by posting his insane workout videos, inspirational messages and sweet videos of himself meeting his diehard fans. The Baywatch star was able to turn his hardworking ethic into motivational videos to inspire his followers, and it seems to be paying off just fine.Credit: Kevin Mazur/Getty Images for Spike 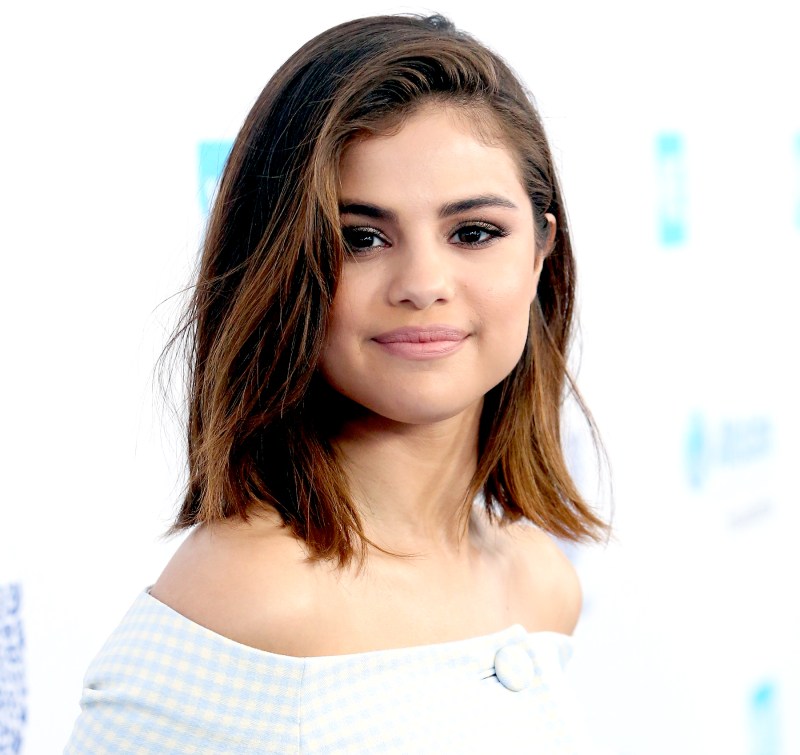 Selena Gomez Selena Gomez was once the most followed person on Instagram, but has since been topped by Cristiano Ronaldo, Ariana Grande and Dwyane Johnson. The “Bad Liar” singer, who boasts 167 million followers on the digital platform as of February 2020, even landed the Time magazine cover for its “TIME Firsts: Women who are changing the world” due to her influence. The Disney Channel alum has also used her platform to speak openly to her followers and fans, and six of her posts are among the top 10 most liked on the photo-sharing site.Credit: Jesse Grant/Getty Images for WE 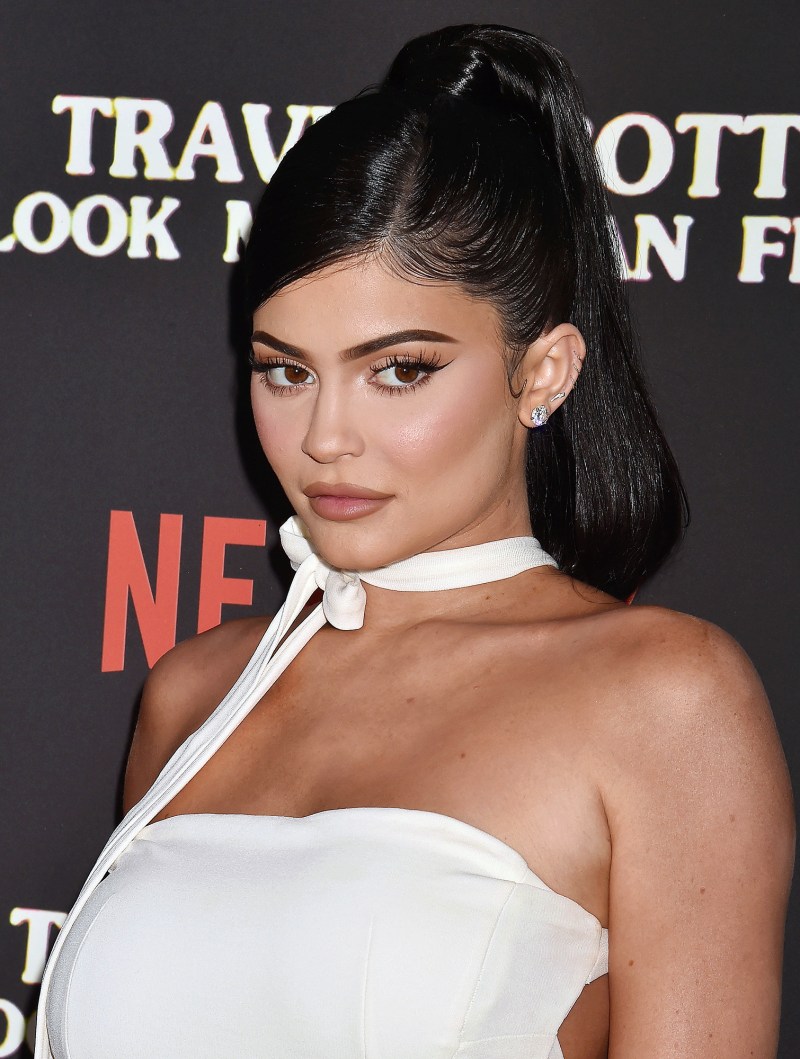 Kylie Jenner As the youngest of her family, Kylie Jenner has used her social media platform to stand out and let fans into her world. She was able to turn her followers into customers when she launched her highly successful Kylie Cosmetics in 2015. Jenner shares photos of her family, her business ventures and more with her 161 million followers. She currently has the second most-liked photo on Instagram, in which she shared the first pic of her daughter, Stormi, in February 2018.Credit: Shutterstock 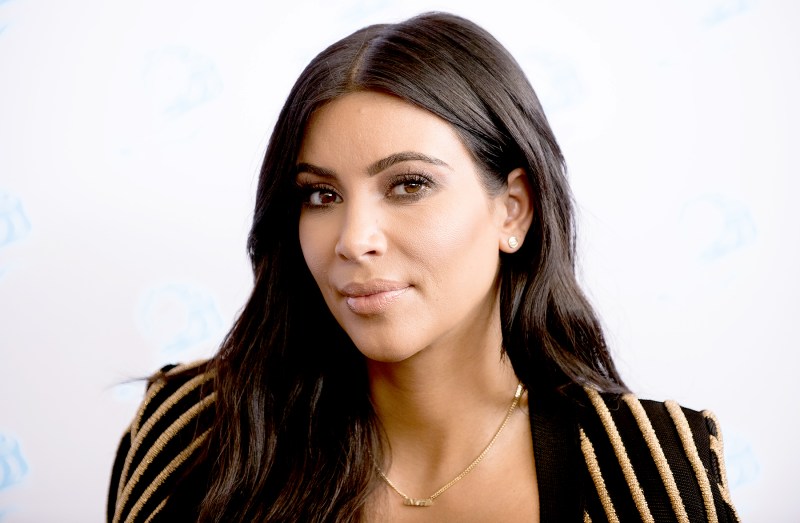 Kim Kardashian Kim Kardashian followed in Justin Bieber's footsteps and built her career through social media. The reality star began sharing photos of herself and of her life to go hand in hand with her already super public life that fans got to see in Keeping Up With the Kardashians. The businesswoman has gotten used to "breaking the internet" and has since built an empire, including a release of a book of selfies, titled Selfish, and is now often referred to as a social media mogul.Credit: Francois G. Durand/Getty Images 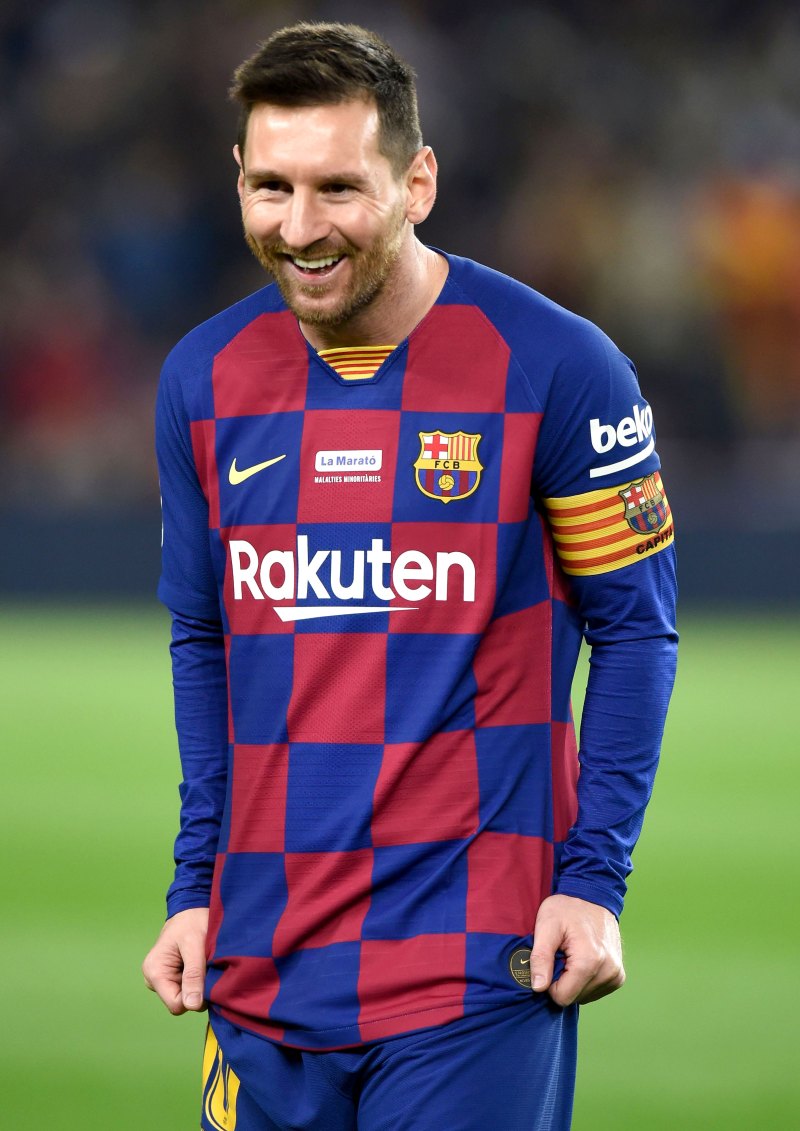 Lionel Messi The Argentine soccer player may not be the first most followed individual on Instagram, but Lionel Messi is currently followed by 142 million people. He primarily posts photos with his family and of himself playing in various games.Credit: Shutterstock 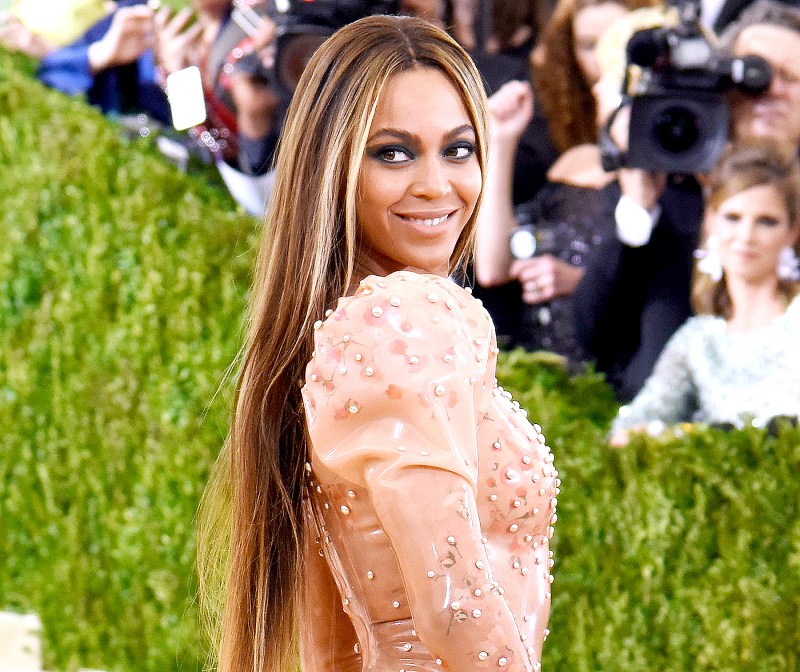 Beyoncé The Beyhive is a force to be reckoned with! Beyoncé boasts 140 million followers on Instagram, making her the ninth most followed account. The “Formation” singer has two of the most liked photos ever on the social media app. The announcement that she was expecting twins in February 2017 previously held the title for most liked photo with a whopping 11 million, but the most liked picture is a photo of an egg from Chris Godfrey’s @world_record_egg account. The photo holds 54.2 million likes.Credit: Larry Busacca/Getty Images 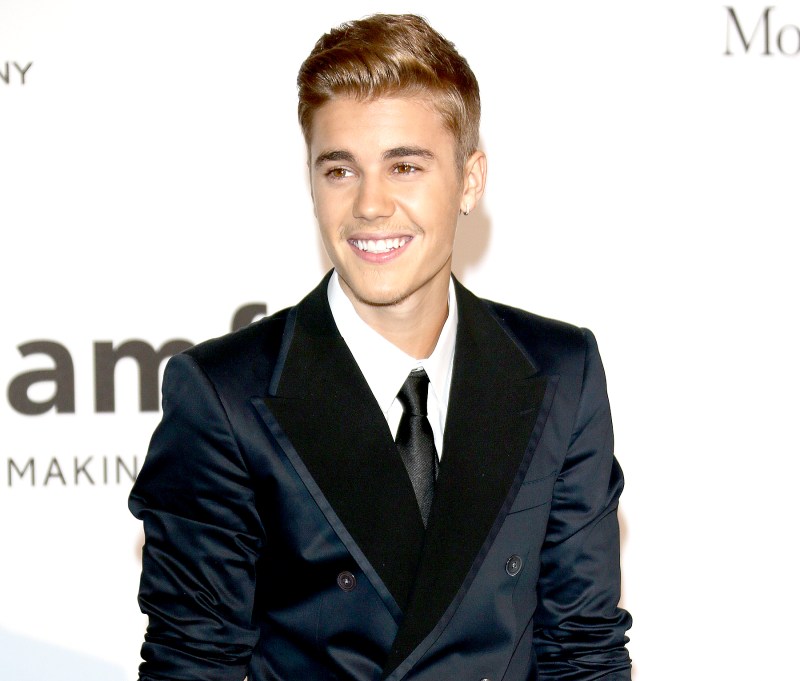 Justin Bieber Justin Bieber began his career on social media. The singer was discovered through YouTube covers posted by his mom, and that catapulted him into stardom. Much of his early success came about from Facebook and Twitter, which he used as a tool to promote his music and his tours, reaching millions of Beliebers around the world. He currently has 126 million followers on Instagram and 109 million followers on Twitter, making him the second most followed account on Twitter behind former U.S. President Barack Obama.Credit: Vittorio Zunino Celotto/Getty Images 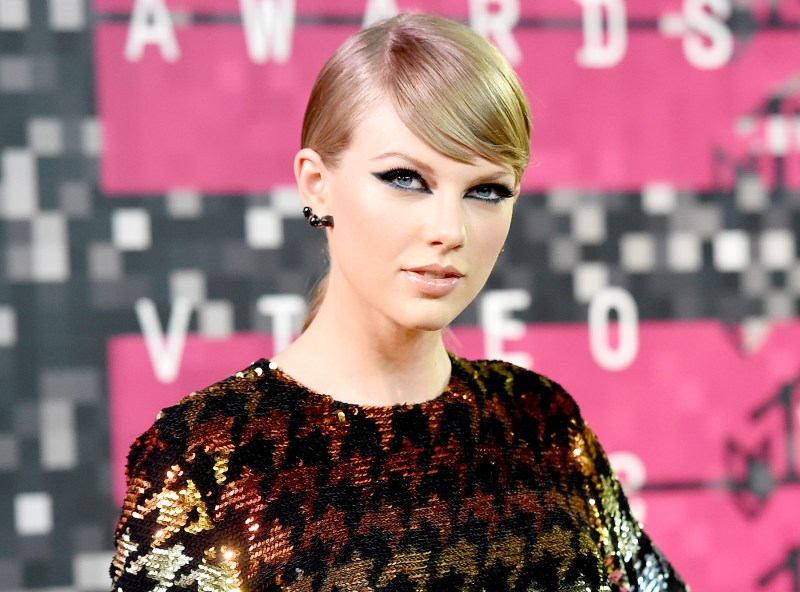 Taylor Swift Taylor Swift is the queen of marketing. The star relies heavily on social media to promote and build anticipation for her upcoming projects, making her a savvy businesswoman. She also shares photos of her cats and her girl squad, which has only fortified her image of being the relatable girl next door. After taking a break from social media, the “…Ready For It?” singer lost her spot as the queen of Instagram but she continues to be among the most followed stars with 126 million followers, in addition to her 85 million followers on Twitter. When Swift broke her political silence and urged fans to vote via Instagram in October 2018, she caused a spike in voter registration. Vote.org told BuzzFeed News that Swift’s pro-Democrat statement resulted in 65,000 new voter registrations over a 24-hour period.Credit: Jason Merritt/Getty Images 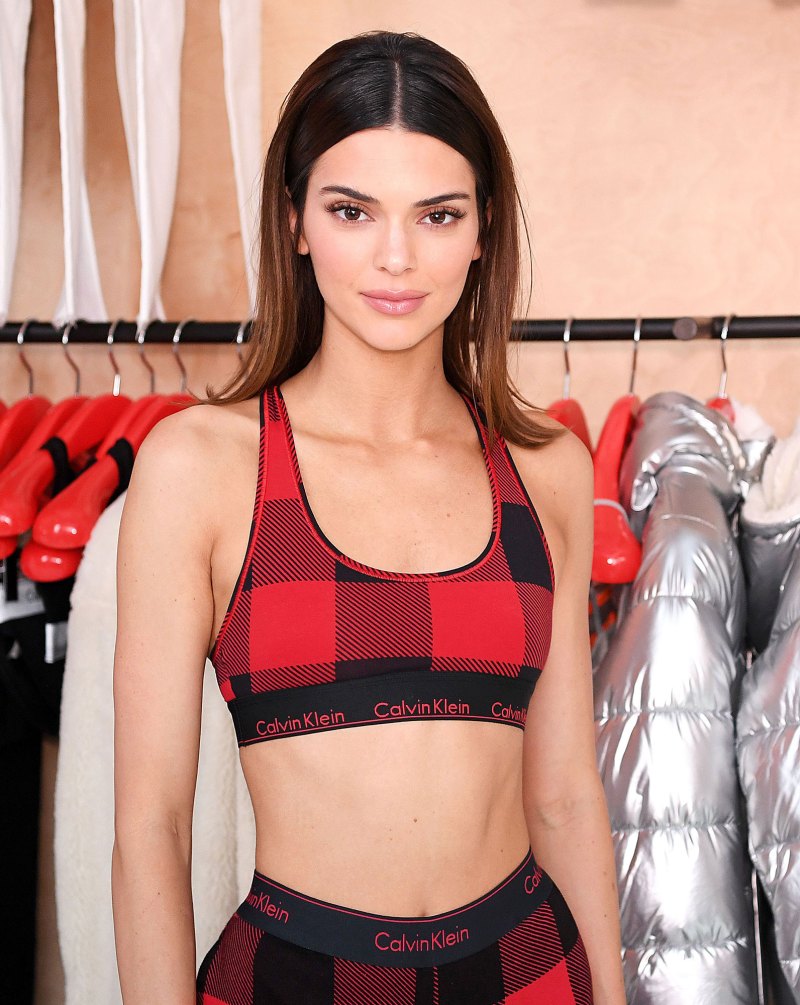 Kendall Jenner Kendall Jenner's popularity on social media has contributed to helping her foster a successful high-fashion modeling career. Currently sitting at 122 million followers, the Moon Oral Care founder frequently shares pics of her in action as a model, shots with family and friends, and more.Credit: Shutterstock 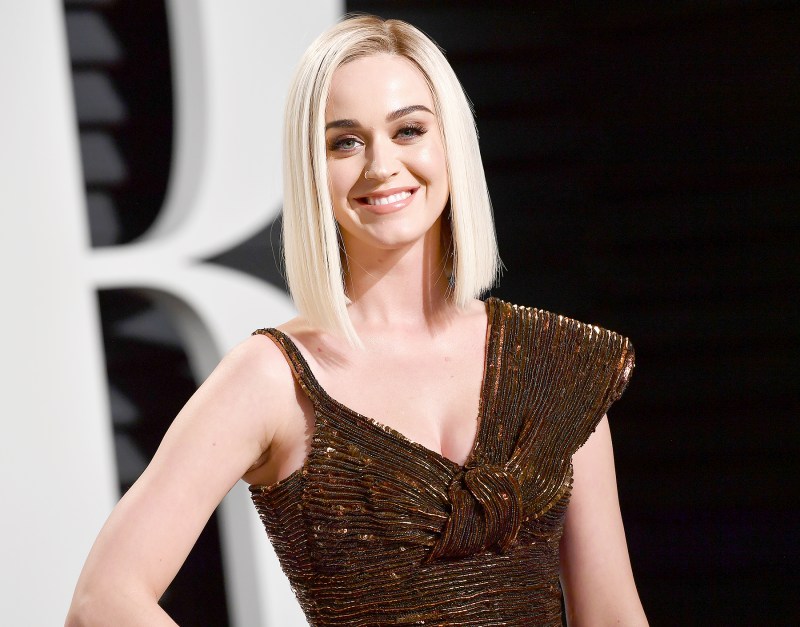 Katy Perry Katy Perry broke the record for being the first person ever to reach 100 million followers on Twitter. Perry joined the social network at the start of her career in 2009 and has since used it to connect with her fanbase. The “Swish Swish” singer also uses her platform to reach a wide audience regarding important topics. The singer expressed her support for Hillary Clinton during the 2016 presidential campaign and also uses Twitter to raise awareness about several social issues. Perry is now the third most followed on the website, with more than 108 million followers. She also has over 89 million followers on Instagram.Credit: Pascal Le Segretain/Getty Images 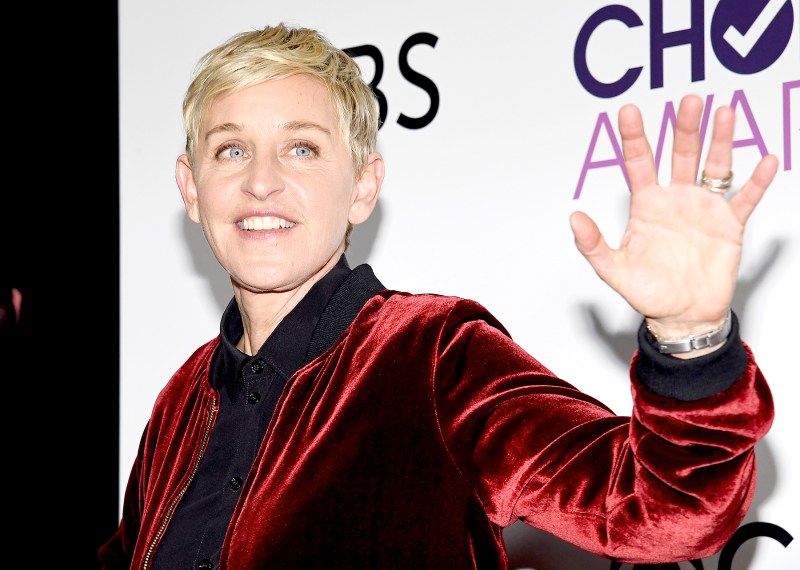 Ellen DeGeneres Ellen DeGeneres was on a clear mission to “break the internet” when she hosted the 2014 Academy Awards. The TV show host gathered some major A-listers like Jennifer Lawrence, Meryl Streep, Bradley Cooper, Angelina Jolie, Brad Pitt and more for one of the most epic selfies of all time. The tweet was shared over 3 million times, but was later dethroned by a teenager looking to get free chicken nuggets from Wendy’s. @TheEllenShow is No. 8 on the list of most followed pages on Twitter, and the comedian uses her platform to not only bring positivity and joy to her followers but also to shed light on important topics, including her support for hurricane relief efforts. She also boasts more than 83 million followers on Instagram.Credit: Kevork Djansezian/Getty Images 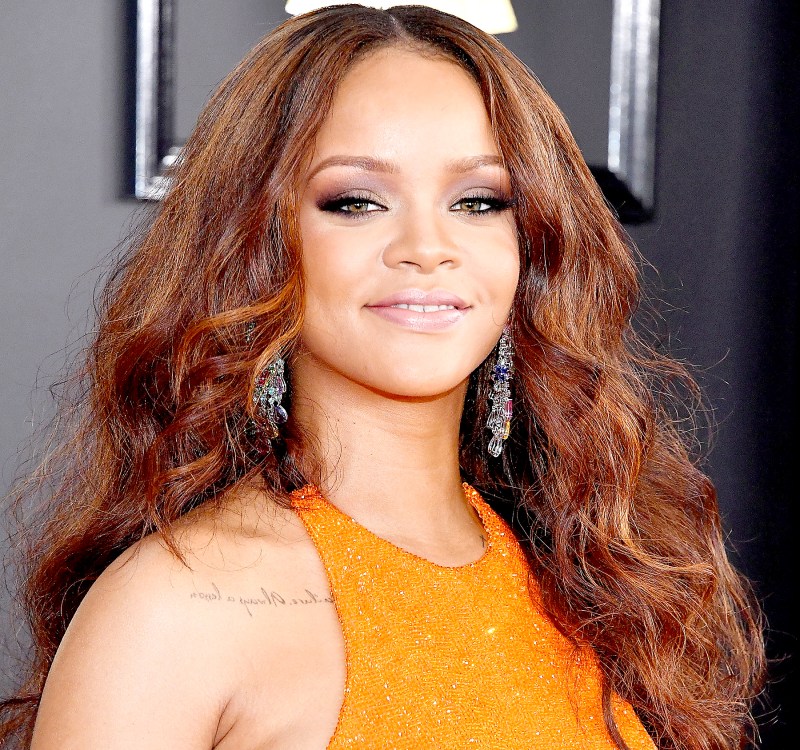 Rihanna Rihanna has quickly become a fashion icon in her own right, and that has taken prevalence on her Instagram account. With more than 78 million followers, the “Wild Thoughts” singer inspires a generation and determines what is “cool” at the moment. In an interview with Style.com from 2014, Tom Ford admitted that celebrities like Rihanna were causing a huge shift in fashion via their use of social media. “Customers don't care anymore about reviews or hard-copy publications,” the designer said at the time. “They care what picture Rihanna just Instagrammed while she's naked in bed, what new shoes she has on, how she's talking about them. That's what they respond to.”Credit: Steve Granitz/WireImage 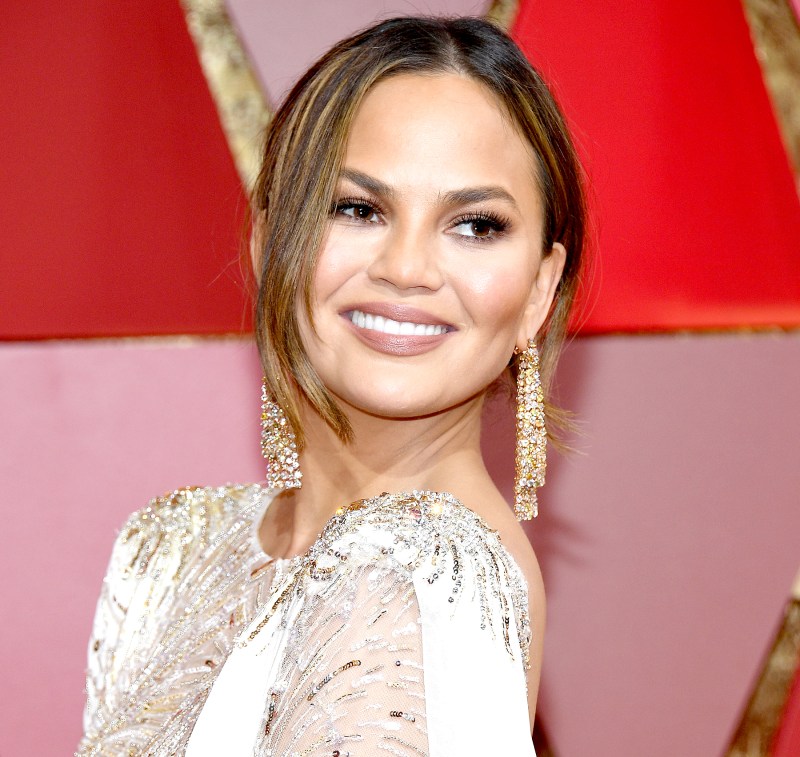 Chrissy Teigen One look at Chrissy Teigen’s social media accounts and it’s clear that the model doesn’t hold back and that’s what makes her so relatable. That candor has helped her gain more than 12 million followers on Twitter, as well as earning her a block from the President of the United States Donald Trump in 2017. The Lip Sync Battle host shares everything from her struggles with mental health to her strong political opinions, as well as helping give a voice to those in need. The adorable photos she shares of her daughter Luna and son Miles, husband John Legend and her food recipes have also contributed to her Instagram follow count of more than 28 million.Credit: Kevork Djansezian/Getty Images 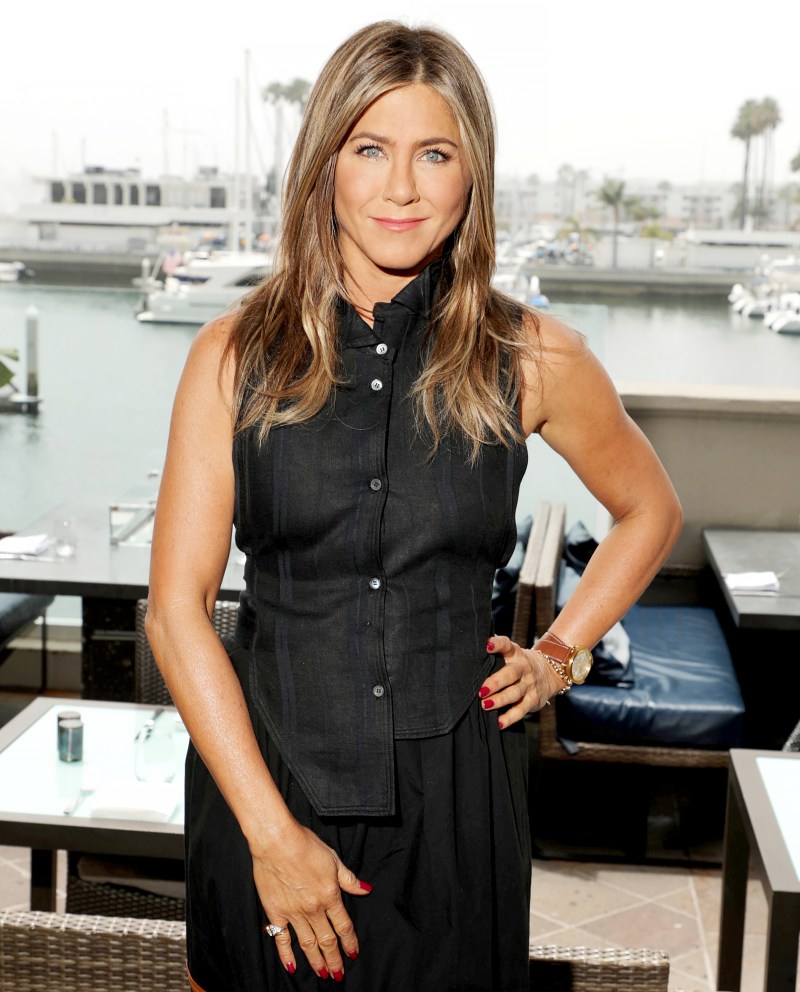 Jennifer Aniston The Morning Show star’s surprise debut on Instagram was worth the wait for loyal fans. In her October 2019 arrival, she shared a photo with all of her Friends costars that has since become the fourth most-liked picture with 15.7 million likes. She also broke the Guinness World Record for reaching 1 million followers faster than anyone else.Credit: Shutterstock 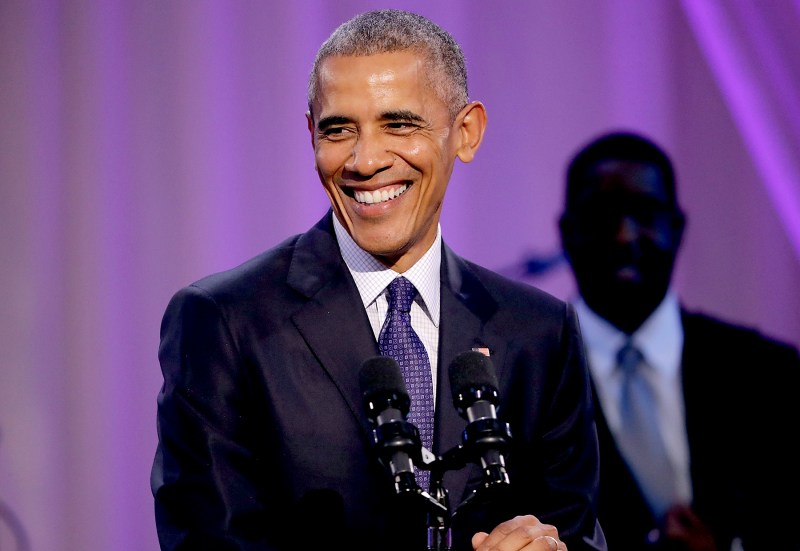 Barack Obama Barack Obama is the most followed account on Twitter with an impressive 112 million followers. He also holds more than 26 million followers on Instagram. Even after his presidency, his tweets still resonate with millions of people around the world. He currently has the top two most liked tweets ever, one of which is a tribute to late NBA legend Kobe Bryant.Credit: Chip Somodevilla/Getty Images 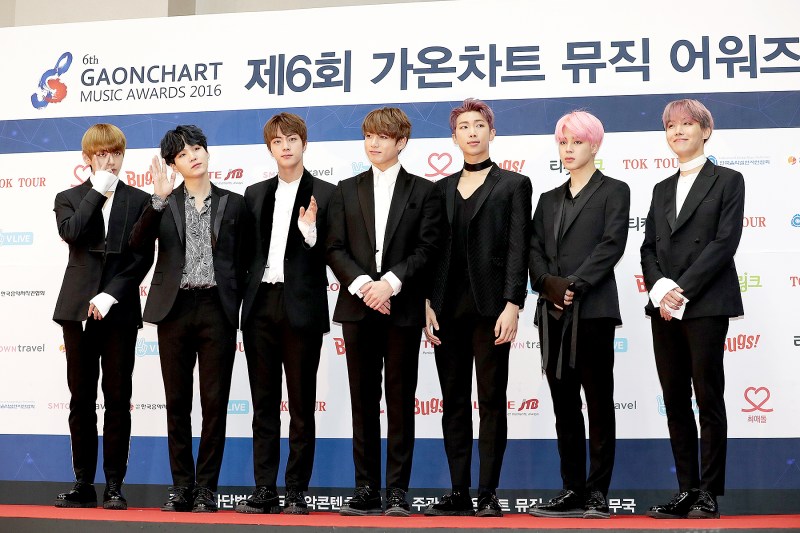 BTS K-Pop group BTS topped Billboard’s Social 50 chart for over 30 weeks in a row in 2017, which helped them win the award for Top Social Artist at the 2017 Billboard Music Awards. The Korean pop group beat heavyweights Selena Gomez, Justin Bieber and Ariana Grande in the category, after their super dedicated fans helped them win the award by tweeting the hashtag #BTSBBMAS more than 300 million times. The group also won the global award for influence on social media at the 9th Shorty Awards in April 2017.Credit: Han Myung-Gu/WireImage 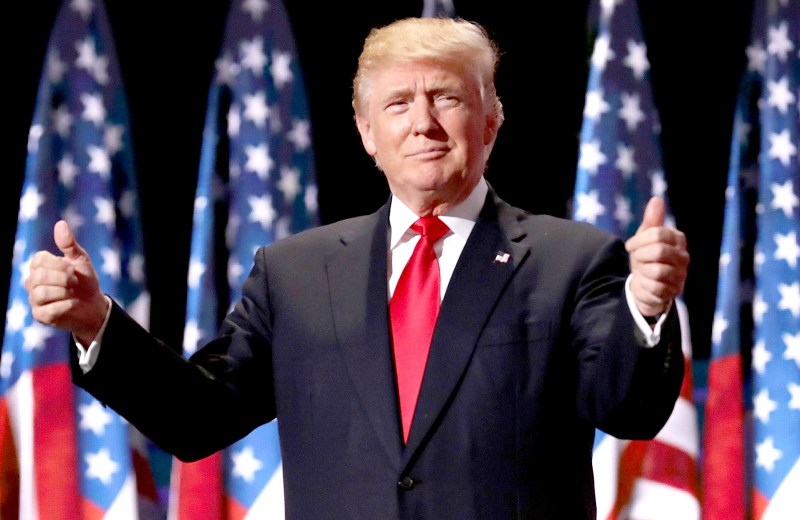 Donald Trump Less than a year into his presidency, Donald Trump became one of the most active presidents on social media. He has used his personal Twitter account as a way to deliver messages directly to his followers without using the media. Some of his most provocative tweets have caused quite a stir around the world, gaining attention from fellow celebrities and other politicians. He is the 10th most followed person on Twitter with 72 million followers, but he is also followed by more than 17 million people on Instagram.
0 comments
0
0 comments
Categories
Latest FREE Movies
FREE Animation Movie Downloads
FREE Family Movie Downloads
FREE Fantasy Movie Downloads
FREE Horror Movie Downloads
See all categories
Celebrity Nudes
Hot and Sexy Babes
turkiye vip escort    carmelo gioviale