The Biggest Photoshop Fails of All Time by Celebs

Some of these things are not like the others. Gigi Hadid, Kris Jenner and more are victims of being overly airbrushed, contoured or edited — all thanks to Photoshop.

It’s hard to believe some of these not-so-subtle editing flubs made their way to the internet (or, in some cases, to print magazine covers). Hadid appeared alongside Ashley Graham and Kendall Jenner in a March 2017 issue of Vogue that stood to celebrate “modern American women.” The models all huddled together with their arms wrapped around one another, but there was something off about Hadid and Graham.

Fans were quick to spot the “aggressive Photoshop” that made Hadid’s left arm stretch all the way across both Kendall and Graham’s bodies. Others noticed that Graham, one of the few plus-size models to appear on Vogue’s cover, appeared slimmer than normal. The model responded to backlash at the time, saying that the magazine shouldn’t be to blame.

While some edits were out of these celebs’ control, others were personal filtering choices gone wrong. Kris Jenner posed with Gordon Ramsey to celebrate the release of her cookbook, In the Kitchen With Kris, in 2014 — and the two stars shared very different results from the photo shoot on Instagram.

The Keeping Up With the Kardashians star’s version of the picture was completely airbrushed without a single wrinkle in sight. The MasterChef host, however, posted the photo without any edits, making the reality TV matriarch’s only that much more evident.

The Kardashian-Jenner clan are no strangers to using a little Photoshop here and there, as Khloé Kardashian made clear with a September 2019 Instagram post. The Good American cofounder was nearly unrecognizable in the glowing snapshot — so much so that fans accused her of having a “whole new face.” Kardashian quickly disabled the comments on that particular post after receiving a wave of heat from her followers. 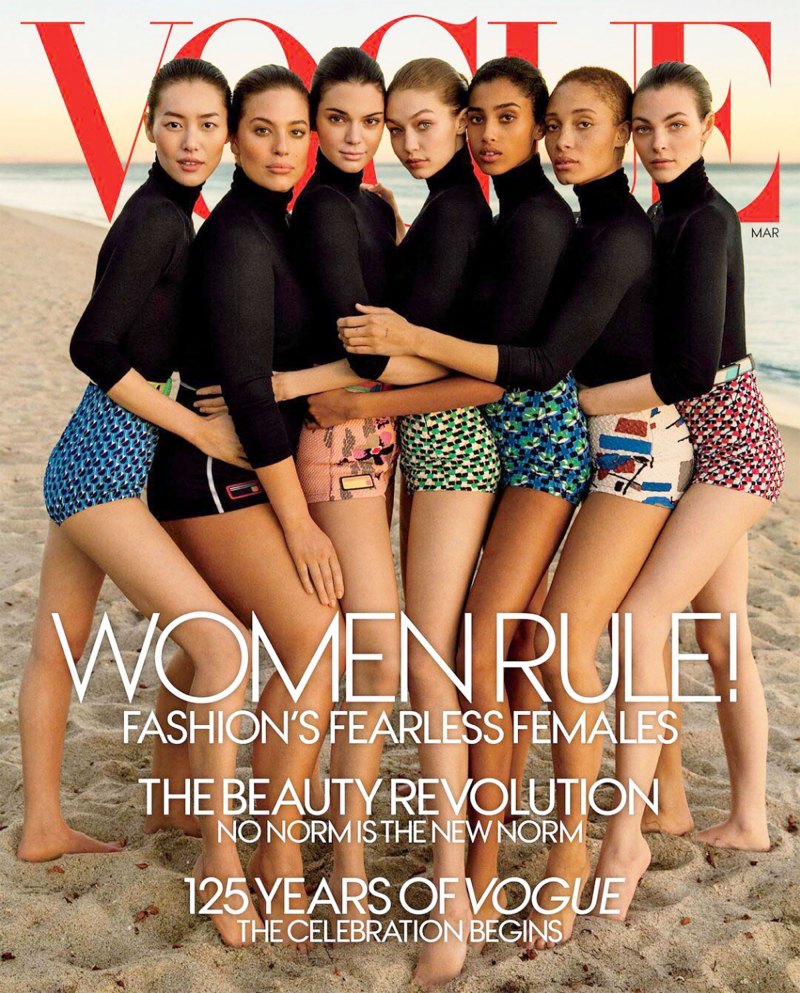 A March 2017 #Vogue issue celebrating “fashion’s fearless females” showed Gigi #Hadid reaching across Kendall Jenner to rest her hand on Ashley Graham. Not only did people wonder whether or not Graham’s curves had been slimmed down for the cover shot, but many were skeptical about the “photoshop wizardry” that elongated Hadid’s arm an extra few inches. 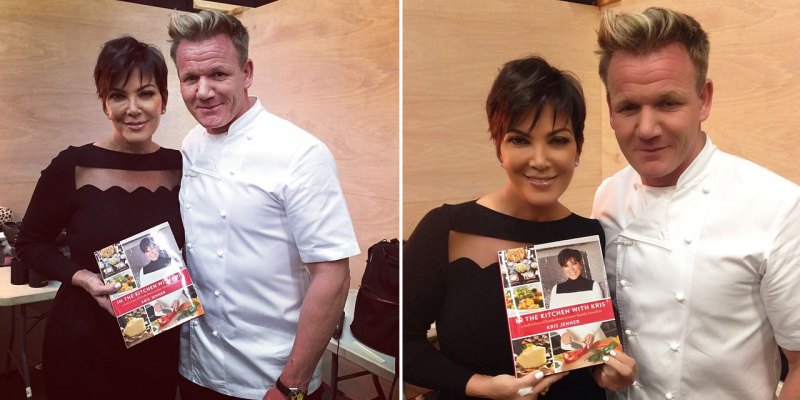 The Keeping Up With the #Kardashians star isn’t afraid to do a little retouching on her photos here and there, but the side-by-side comparison of this shot with Gordon Ramsey takes airbrushing one step too far. Ramsey shared the original version of Jenner’s wrinkle-free photo on his Instagram in 2014, and the difference between the two is shocking. 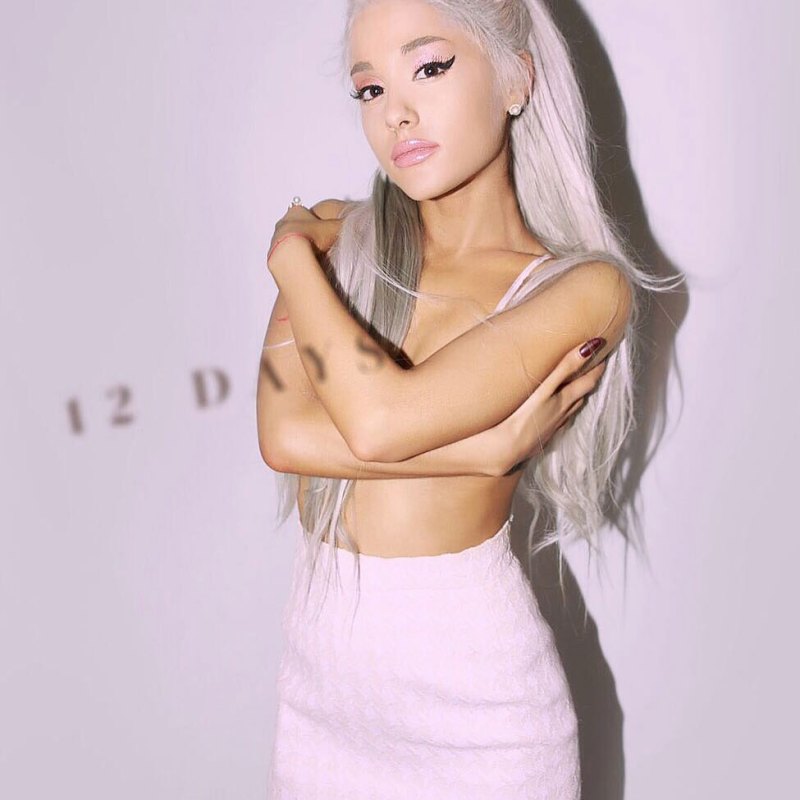 The “Focus” singer posted this promo before releasing a new single in 2015, but something just wasn’t sitting right with the size of her right hand. Standing with her arms crossed in front of her chest, #Grande thumb looked almost as long as her infamous ponytail. The former Nickelodeon star quickly disabled the comments on the post after fans started to notice the enormous edit. 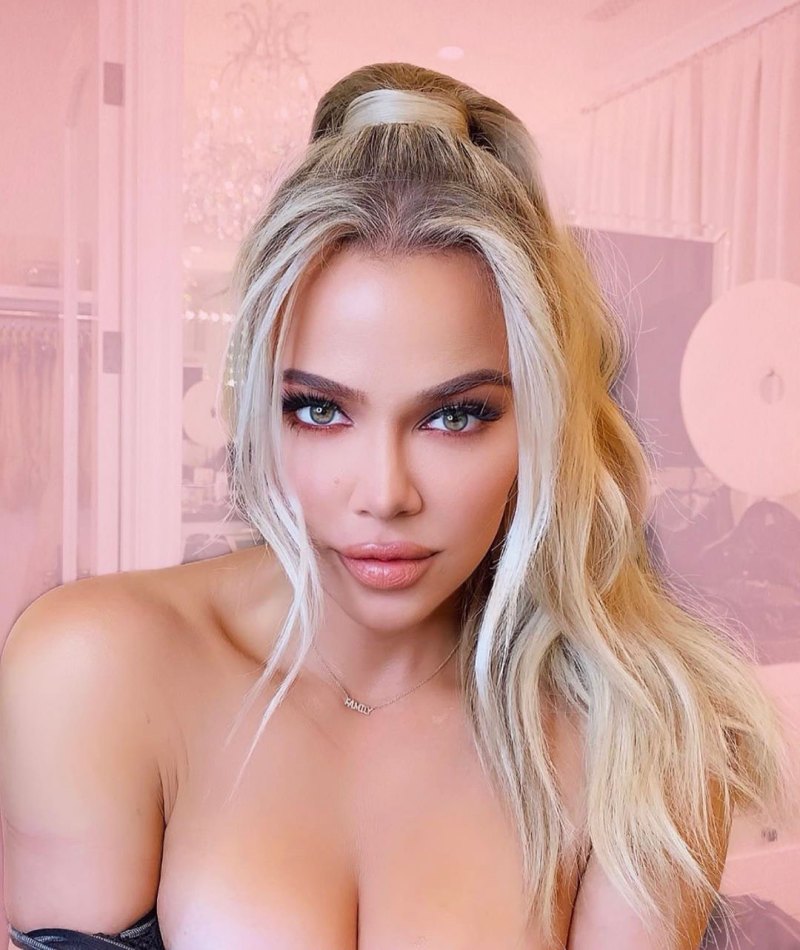 The Good American cofounder shared a glam shot on Instagram in September and was almost unrecognizable to her millions of followers. “Old photo but I like it,” Kardashian captioned the photo of herself with a super-high blonde ponytail and bold brows. In an attempt to tone down the hate from people who swore she had a “whole new face,” the reality star turned off comments on the highly filtered picture. 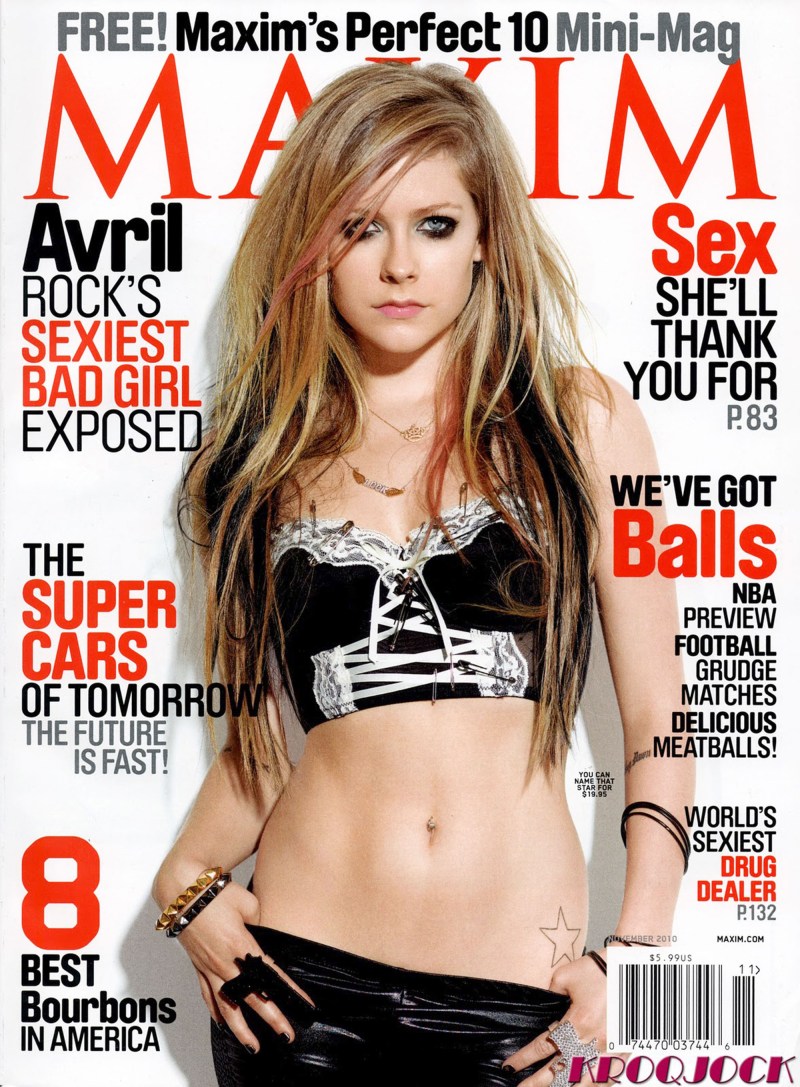 In 2010, Avril Lavigne posed for the November cover of Maxim — and apparently lost part of a limb in the process. The men's magazine digitally shaved flesh off of the Canadian pop star's mid-section in an attempt to add more curves to her thin frame; but the mag's photo editors accidentally whittled #Lavigne upper arm down to unrealistic proportions. 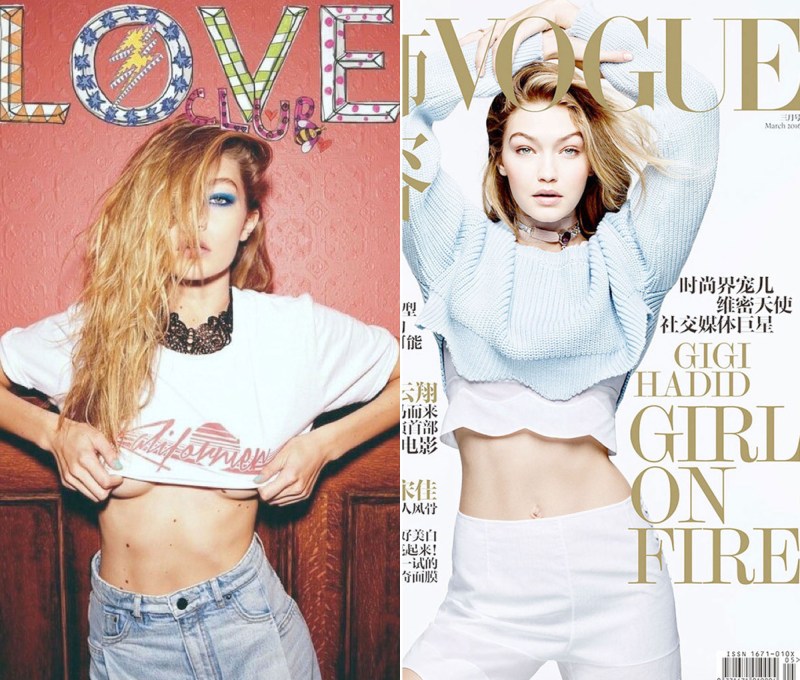 Supermodel Gigi Hadid is known for her insanely toned abs which, as fans know, are speckled with moles. In February 2016, her mid-section was completely wiped clean of her characteristic markings for the cover of Vogue China. Hadid's supporters lashed out at the magazine for airbrushing her moles away.

"Wow, they totally covered up all your beauty marks on your stomach," one fan noticed after the blonde beauty shared the cover via Instagram on February 15. "This is so airbrushed that her moles aren't even showing,” another weighed in. 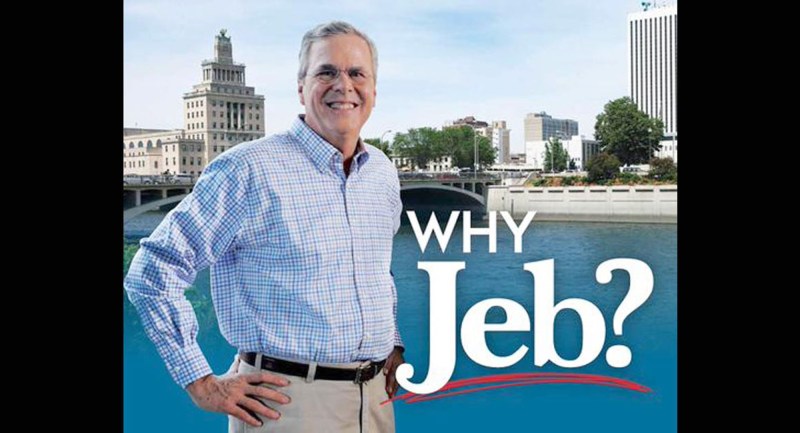 In August 2015, Jeb Bush released a flyer to drum up support for his failed Republican presidential run. But instead of bringing attention to his campaign, all focus was on the politician's mysterious black left hand.

"Jeb Bush has a #photoshopped photo for an ad which gives him a black left hand and much different looking body," current GOP front runner Donald Trump tweeted at the time. "Jeb just can't get it right!" 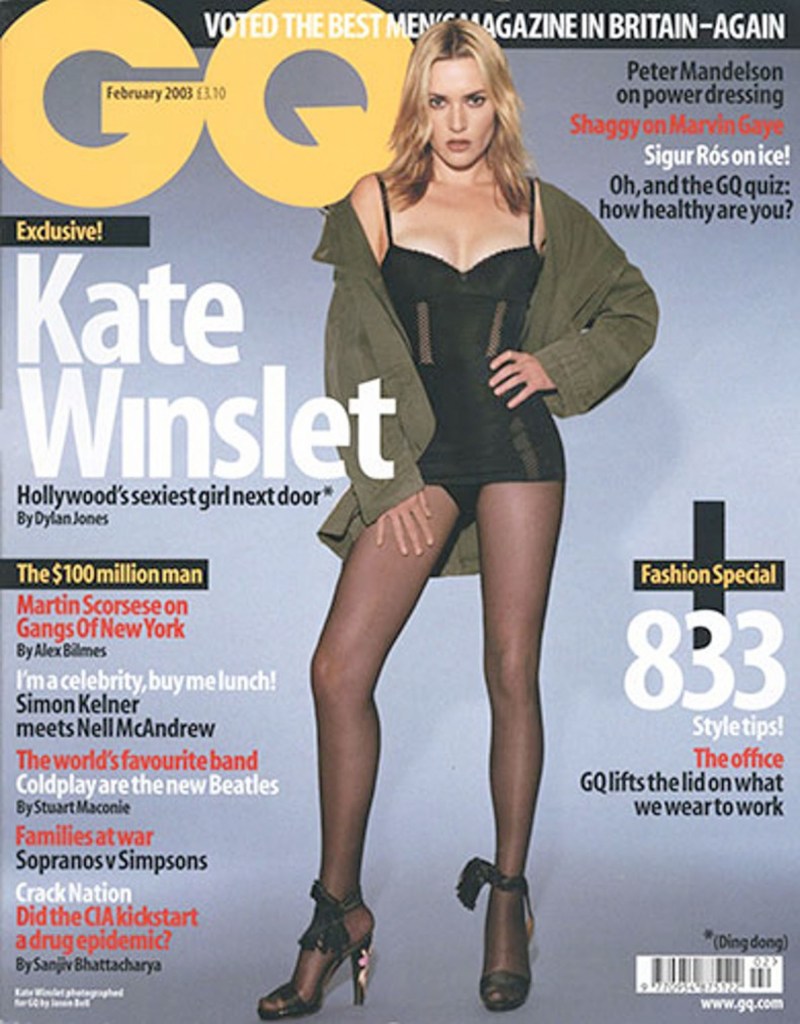 GQ took some creative liberties with Kate Winslet's body for a cover in January 2003. "I actually have a Polaroid that the photographer gave me on the day of the shoot… I can tell you they've reduced the size of my legs by about a third," the Titanic star candidly told the BBC at the time. "For my money, it looks pretty good the way it was taken." 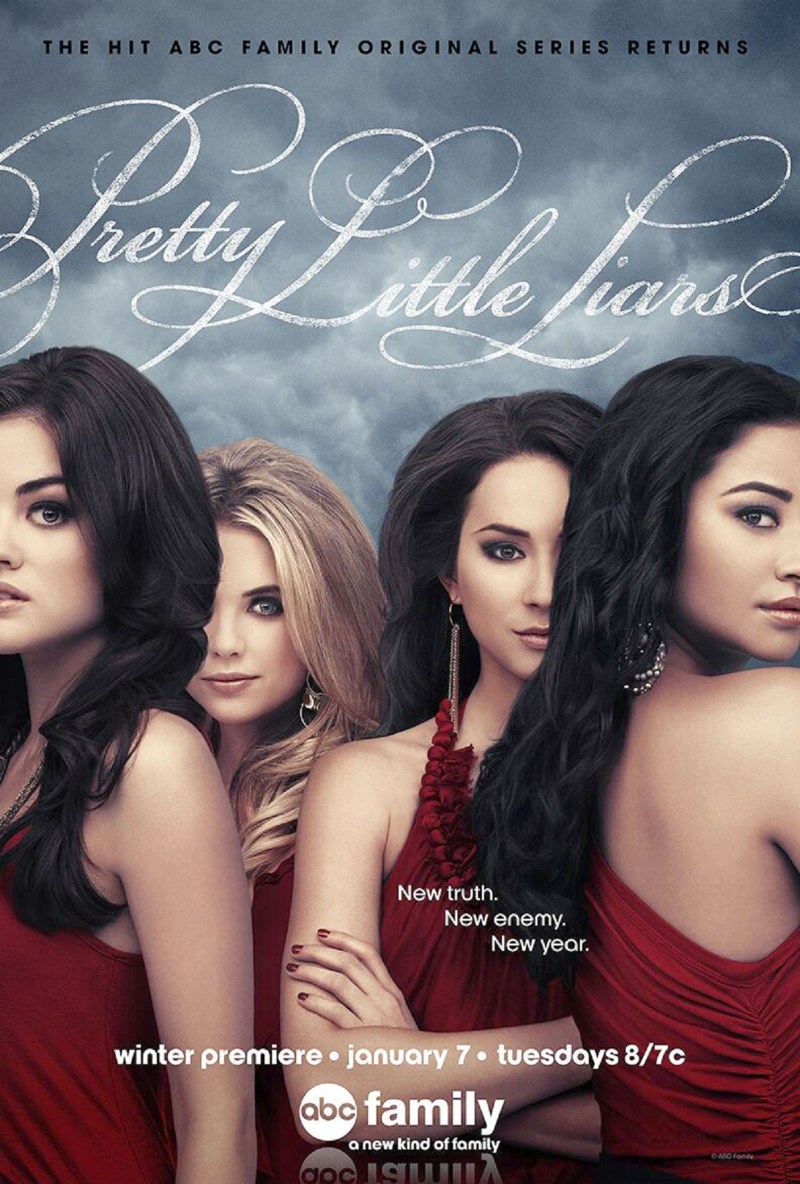 The excessively airbrushed art released to promote the fourth season of Pretty Little Liars didn't sit well with the a few of the series' stars. “Saw this floating around....hope it's not the poster,” Ashley Benson wrote on Instagram. “Our faces in this were from 4 years ago.....and we all look ridiculous. Way too much photo shop. We all have flaws. No one looks like this. It's not attractive.”

Her costar Troian Bellisario concurred: "Wow @itsashbenzo I couldn't agree more. Very cool concept as always. But aren't we attractive enough women as we are? Why can't we just look like us. Once.” 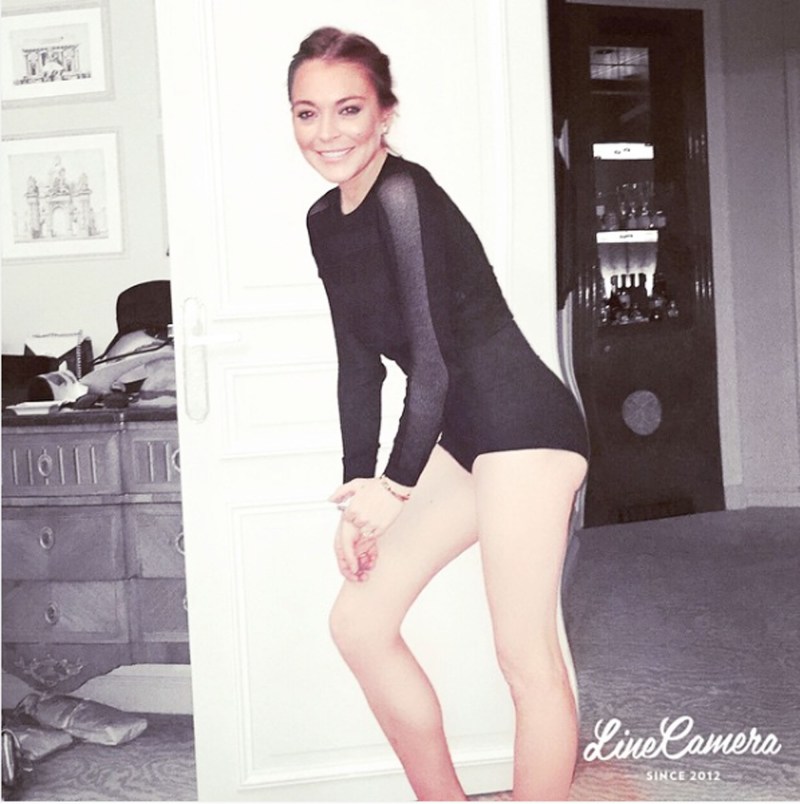 In March 2015, Lindsay Lohan proudly posted the above image to Instagram, writing: "My feet look red lol — had to take that out. Only real red is my hair. 😘"

Most likely not real? Her backside, which appears to be digitally altered, judging from the suspiciously wavy background of the photo. 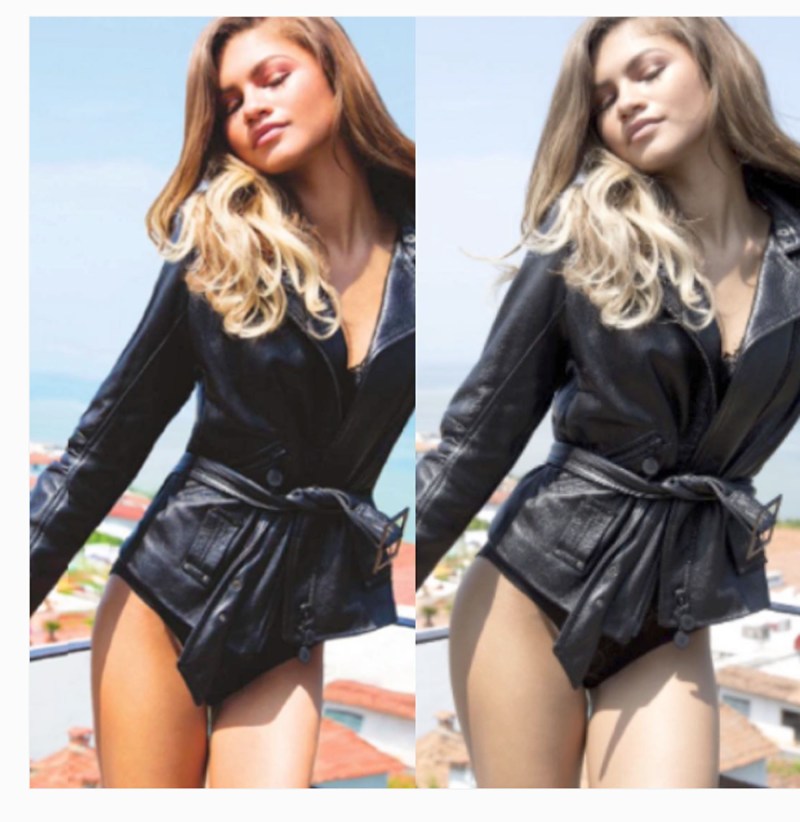 In October 2015, #Zendaya slammed Modeliste Magazine for paring off weight from her already-slender physique.

"Had a new shoot come out today and was shocked when I found my 19 year old hips and torso quite manipulated. These are the things that make women self conscious, that create the unrealistic ideals of beauty that we have," she wrote alongside a side-by-side of the Photo shopped pic and the original image. "Anyone who knows who I am knows I stand for honest and pure self love. So I took it upon myself to release the real pic (right side) and I love it." 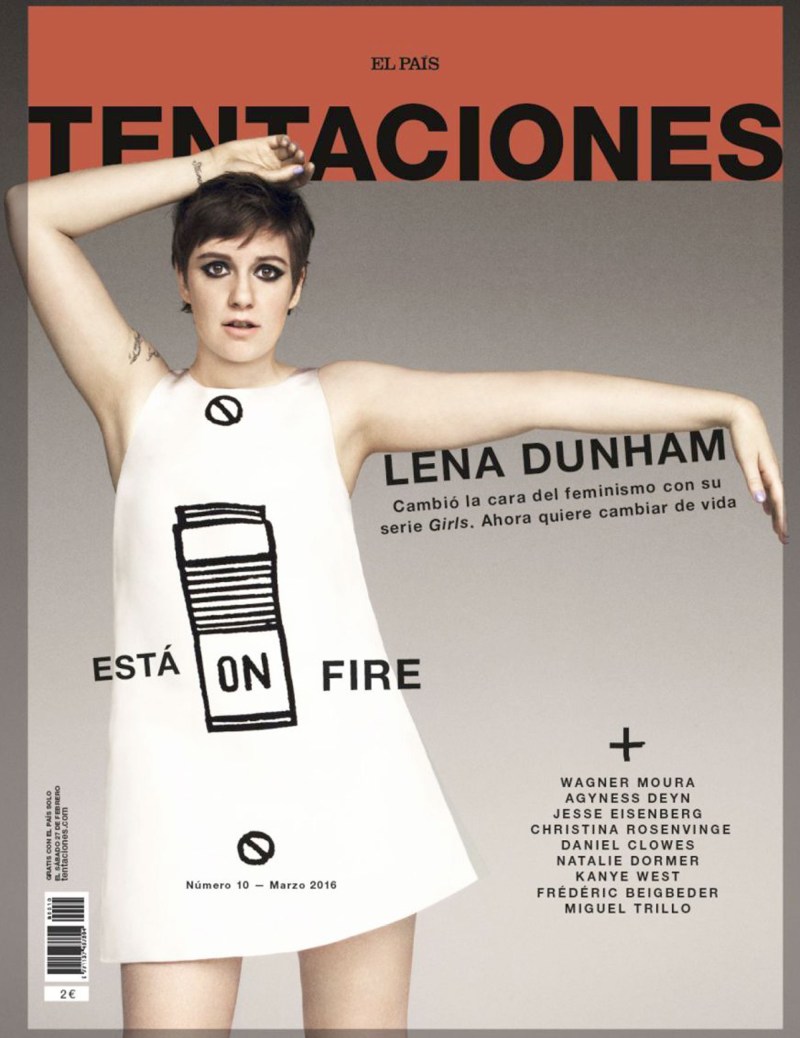 Spanish magazine Tentaciones featured Lena Dunham on their cover in March 2016. The Girls creator and actress called out the publication for slimming down her curvy figure, writing on Instagram that "the magazine has done more than the average photo shop."

She later apologized for overreacting in a follow-up post: "I look great. But it's a weird feeling to see a photo and not know if it's your own body anymore (and I'm pretty sure that will never be my thigh width but I honestly can't tell what's been slimmed and what hasn't.) I'm not blaming anyone (y'know, except society at large.)" 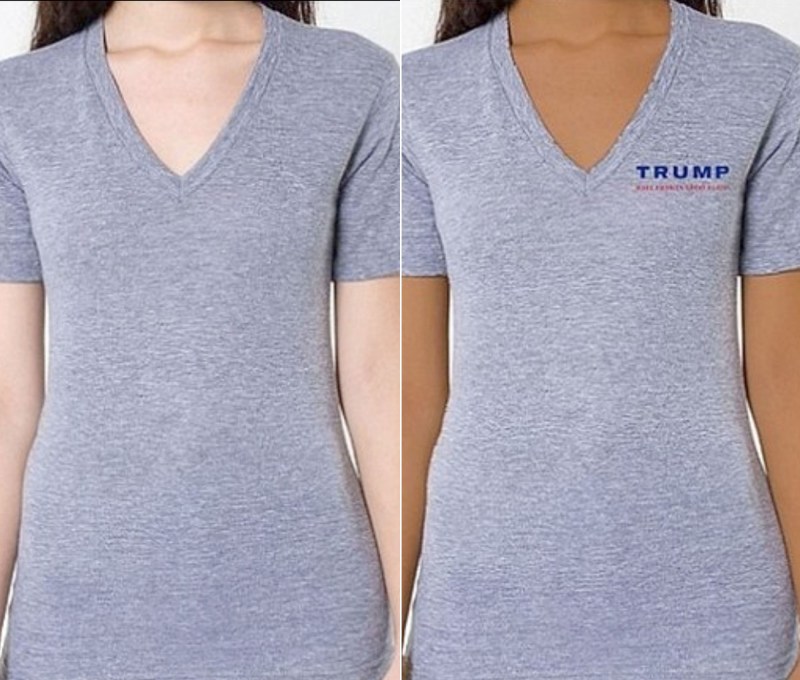 In March 2016, Republican presidential candidate Donald Trump's campaign was accused of Photo shopping the skin color of a white tee shirt model to be brown. Eric Ming, the digital director for Maryland Democratic Rep. Donna Edwards’ Senate campaign, was the first to point out the obvious digital skin tinting. "So it appears Donald Trump’s campaign photo shopped their model to be brown,” he tweeted.

Buzzfeed later pointed out that the original image of the caucasian girl wearing a logo-free top originally appeared on the JCG Apparel website. 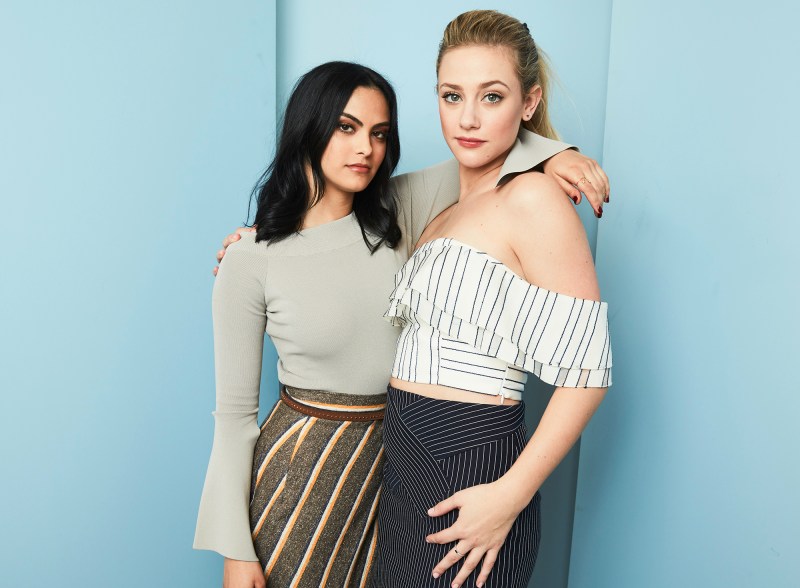 Lili #Reinhart and Camila #Mendes took a stand against Cosmopolitan Philippines for photo shopping their images. The #Riverdale stars voiced their discontent with the magazine via Instagram Stories in March 2017, after the publication shared images in which their waistlines appeared to have been digitally altered. “We want their readers to know that those bodies are not ours; they have been distorted from their natural beauty," Mendes wrote. "We prefer to see our bodies the way they actually are. I'm not interested in having a slimmer waists. I'm more than satisfied with the one that I already have.”

Herschel Sale: Take Up to 50% Off Select Style Bags

What does women think being called girl gamers

Fortnite servers are back online

Alia Bhatt thanks Academy of Motion Picture Arts and Sciences

Stars Who Drew Backlash for Controversial Views on Coronavirus

Movie Kisses so Sexy it's Too Hot To Handle