Chris Hemsworth joined the growing list of celebrities donating to Australian bush fire relief in the wake of the catastrophic bush fires devastating the country.

The Avengers star announced on Monday, January 6, that he is giving $1 million to help support firefighters as they battle the blazes across his home country. “Every penny counts so whatever you can muster up is greatly appreciated,” he wrote on Instagram.

Pink announced on Friday, January 3, that she is donating $500,000 to Australian fire services in the “I am totally devastated watching what is happening in Australia right now with the horrific bush fires,” the “Just Give Me a Reason” singer, 40, wrote. “I am pledging a donation of $500,000 directly to the local fire services that are battling so hard on the front lines. My heart goes out to our friends and family in Oz.”

The Grammy winner is one of the country’s best-loved stars, breaking records with her concert ticket sales Down Under.

At least 200 bush fires raging across the country have burned more than 12 million acres, killing at least 19 people with dozens missing. By comparison, the California wildfires in 2018 burned an area of less than 2 million acres.

“We’re in the middle of a war situation … mass evacuations, the involvement of the military, hugely exhausted firefighting campaigns, it’s difficult to explain,” David Bowman, a professor of pyrogeography and fire science and the director of the Fire Centre Research Hub at the University of Tasmania.

It’s estimated that almost half a billion animals, including kangaroos and koalas, have been killed by the bush fires.

Animal hospitals are struggling to care for the numbers of wildlife brought in for treatment for burns, while volunteers are going into fire-ravaged areas to look for injured animals and provide food and water for those that have survived.

Terri Irwin has shared information on how her Australia Zoo’s Wildlife Hospital — which has treated 90,000 patients since it opened in 2004 — has been caring for injured animals. But sadly, not all of her updates have been positive.

It’s estimated that almost half a billion animals, including kangaroos and koalas, have been killed by the bush fires.a heavy heart that I must share, dear Blossom and her two babies did not survive. Their injuries were too extensive from the bush fire. They were comforted, given pain relief, and received the best medical treatment possible. Today has been tough.”

The Australian Red Cross has launched a disaster appeal, to donate. Port Macquarie Koala Hospital that has raised more than $2.8 million and is sharing donations with other wildlife organizations in the state of New South Wales.

Scroll down to see how other stars are offering their support. 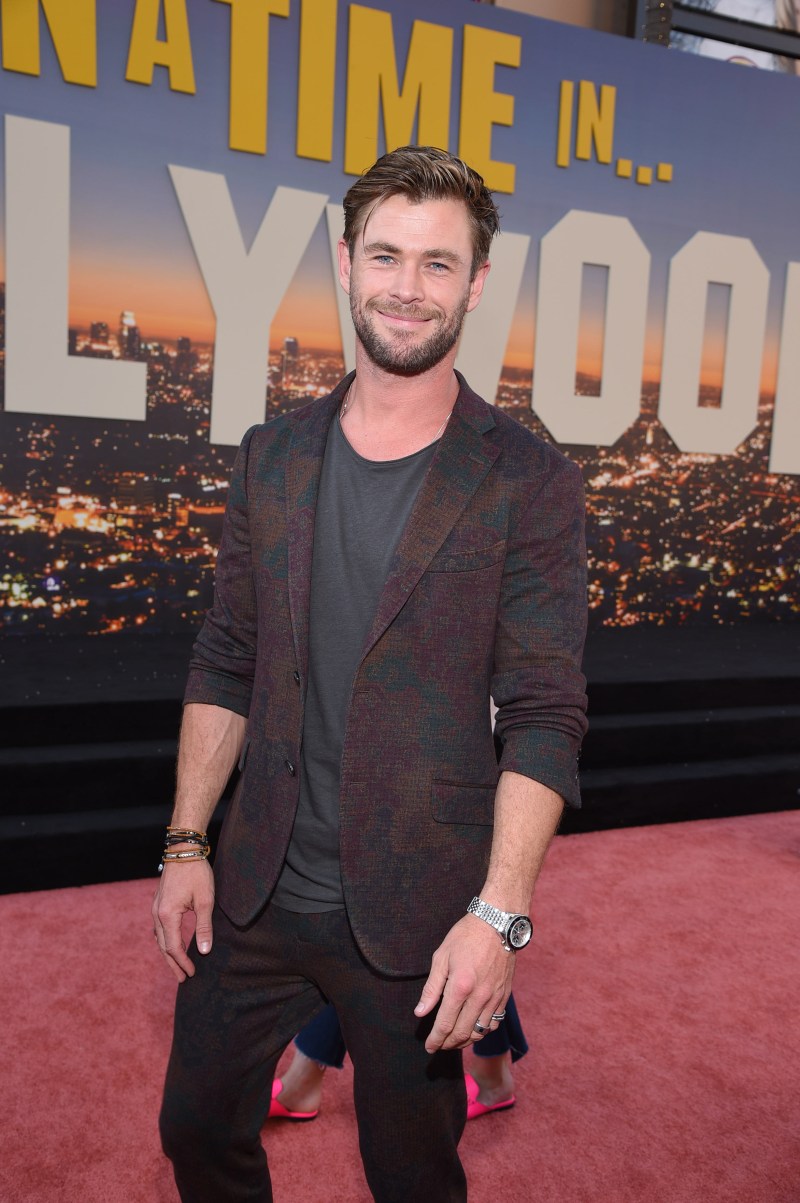 “Hi everyone. Like you, I want to support the fight against the bush fires here in Australia. My family and I are contributing a million dollars. Hopefully you guys can chip in too,” the Thor actor wrote via Instagram on Monday, January 6. “Every penny counts so whatever you can muster up is greatly appreciated.” The Australia native shared a video asking his followers to join in the efforts of raising money for bush fire relief to help the volunteer firefighters and wildlife injured in the devastating blazes. “Beyond appreciative to everyone around the world for their well wishes and donations,” he wrote. “It really does make a difference, so dig deep! Love ya.” 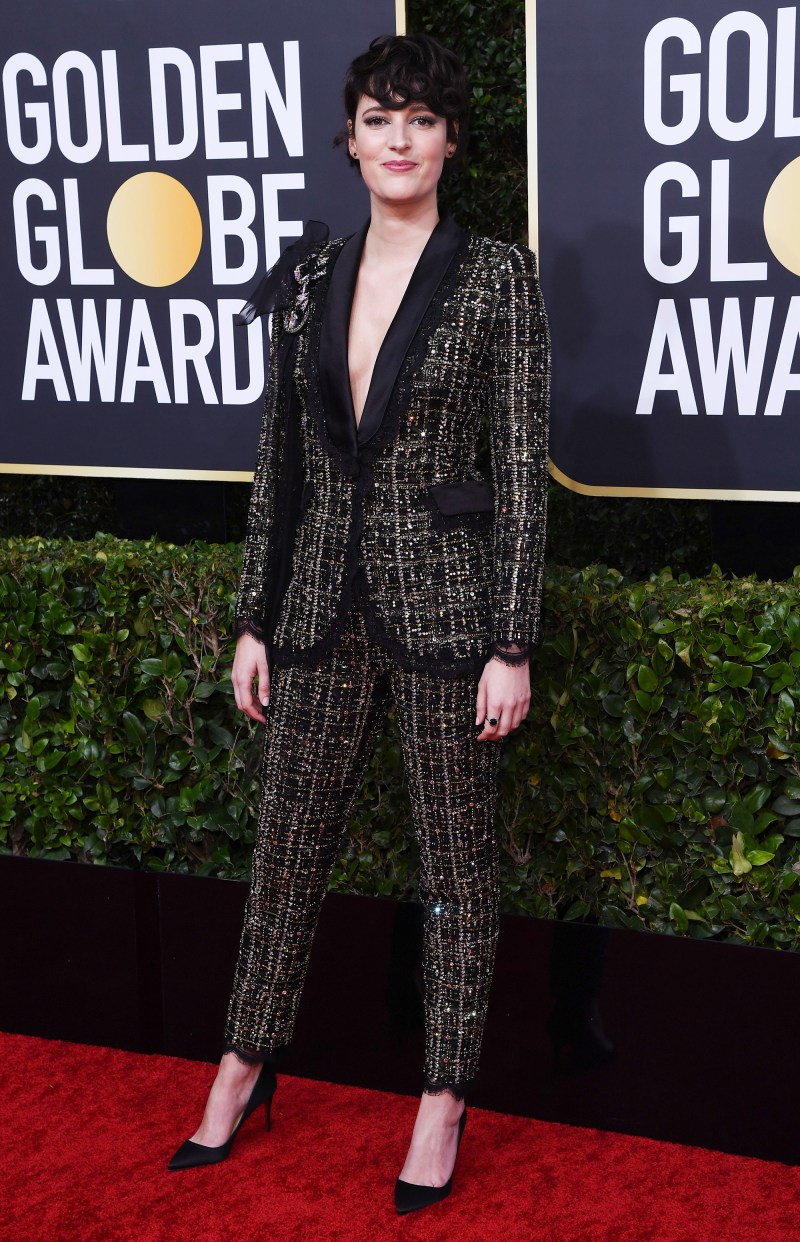 At the 77th annual Golden Globes on Sunday, January 5, the Fleabag actress revealed that she’ll be auctioning off the Ralph & Russo suit she wore to the ceremony to help fight the Australian bush fires. 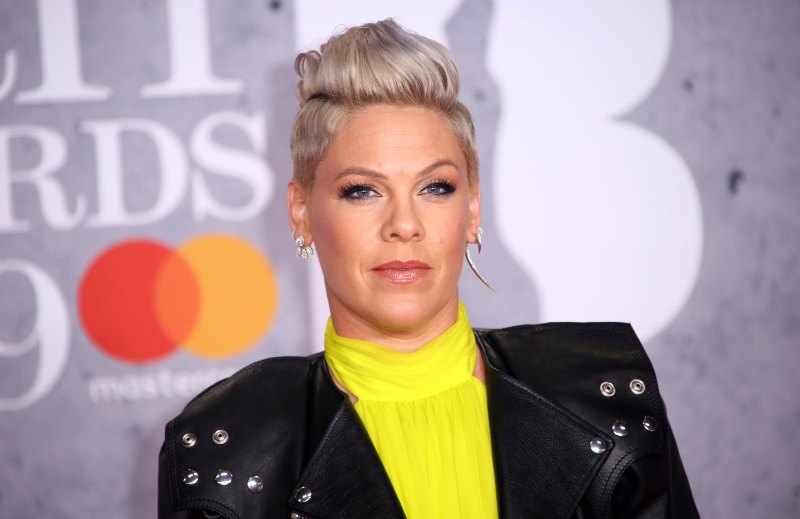 “I am totally devastated watching what is happening in Australia right now with the horrific bush fires," the singer wrote on Instagram on Friday. "I am pledging a donation of $500,000 directly to the local fire services that are battling so hard on the front lines. My heart goes out to our friends and family in Oz.” 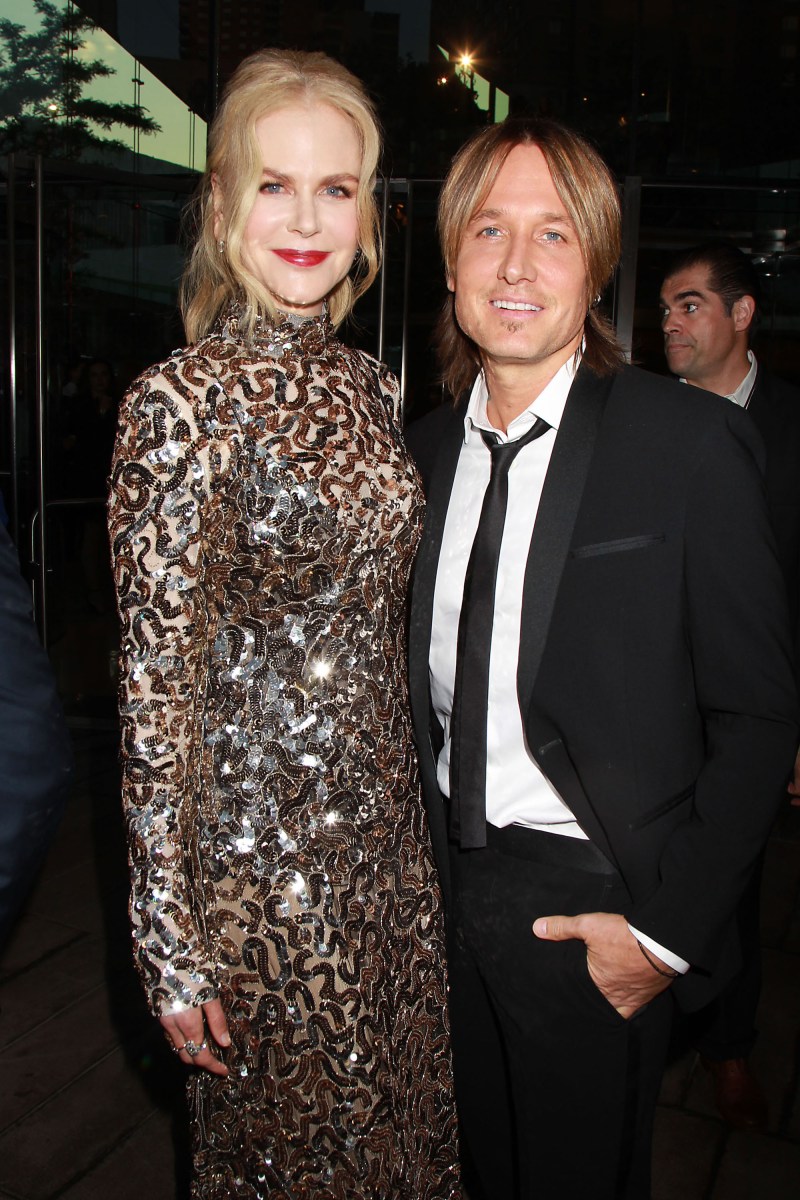 The couple announced on Saturday that they were donating $500,000 to the firefighters as Kidman attended an event in Beverly Hills in tears over the threat to her Australian country home. “Our family’s support, thoughts and prayers are with everyone affected by the fires all over Australia,” they wrote on Instagram. “We are donating $500,000 to the Rural Fire Services who are all doing and giving so much right now. 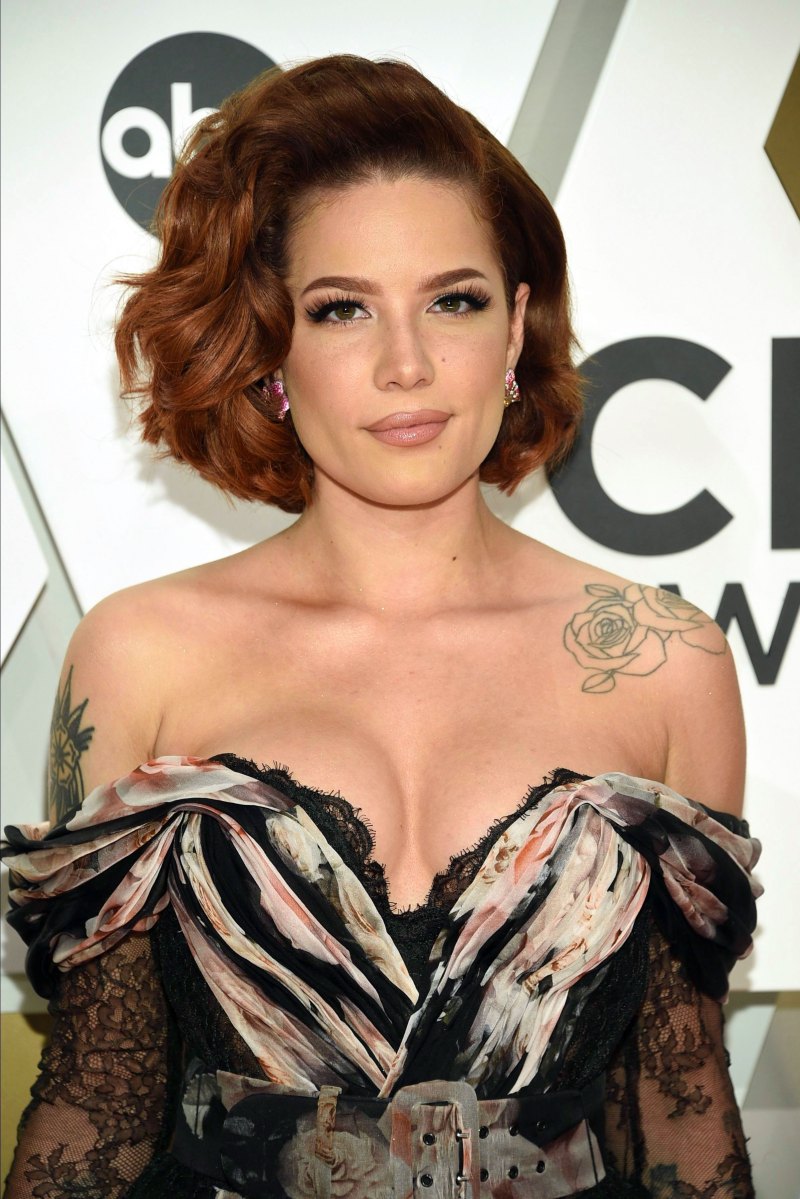 The singer was set to headline the Falls Festival in Lorne, Australia, on New Year’s Eve until it was canceled due to a severe weather warning. Instead, she announced a replacement show in Melbourne, with all profits going to bushfire relief. Other acts set to play at the festival, including Yungblud, also performed fundraising shows. 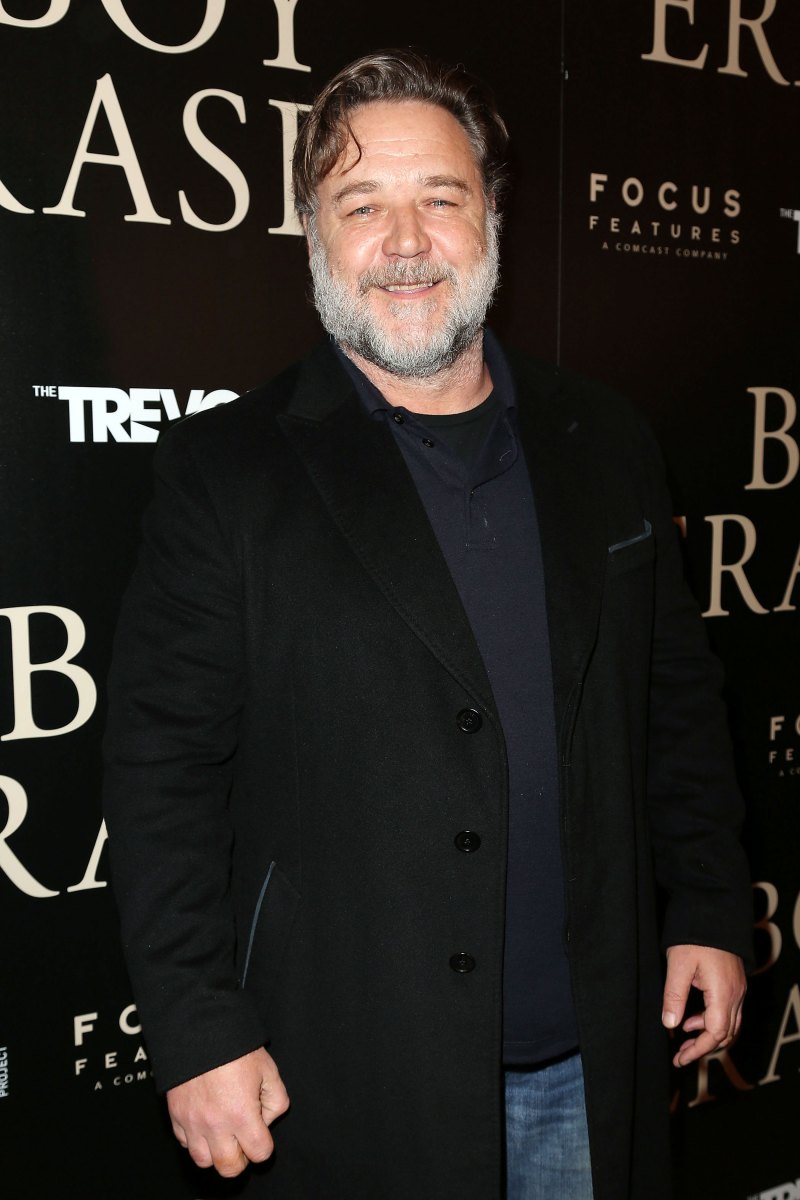 The Oscar winner, who revealed that his multi-million-dollar property at Nana Glen was “scorched” in the fires, raised $400,000 for the NSW Rural Fire Service by auctioning off one of his old South Sydney Rabbitohs rugby league caps (he is an owner of the team). The Gladiator star shared a photo of himself handing over an envelope of checks to the fire service’s captain, with the RFS later tweeting, “We tip our hat to you, @russellcrowe. What an amazing and generous show of support for our incredible volunteers!” 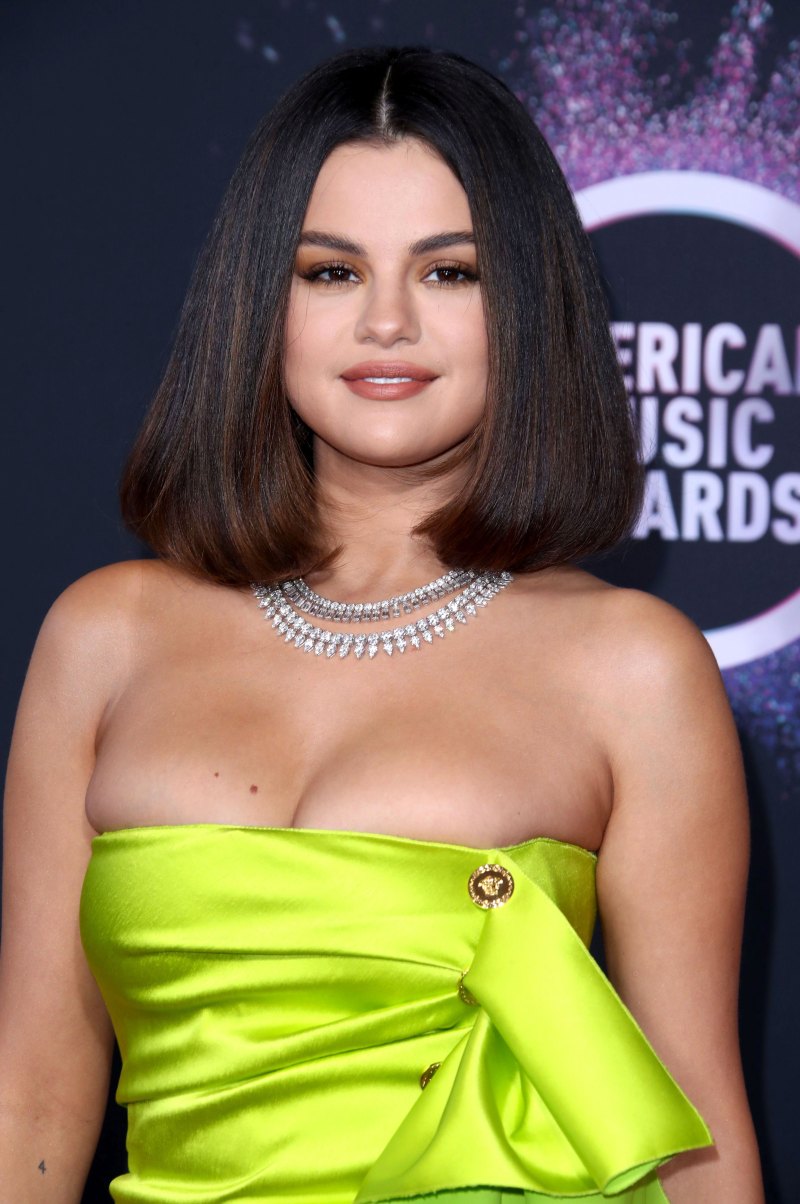 “Absolutely devastated by the fires in Australia,” she tweeted along with a link for how people can help. “Praying for everyone affected and all of the first respondents. I’m making a donation and would love if you would consider doing the same if you can.” 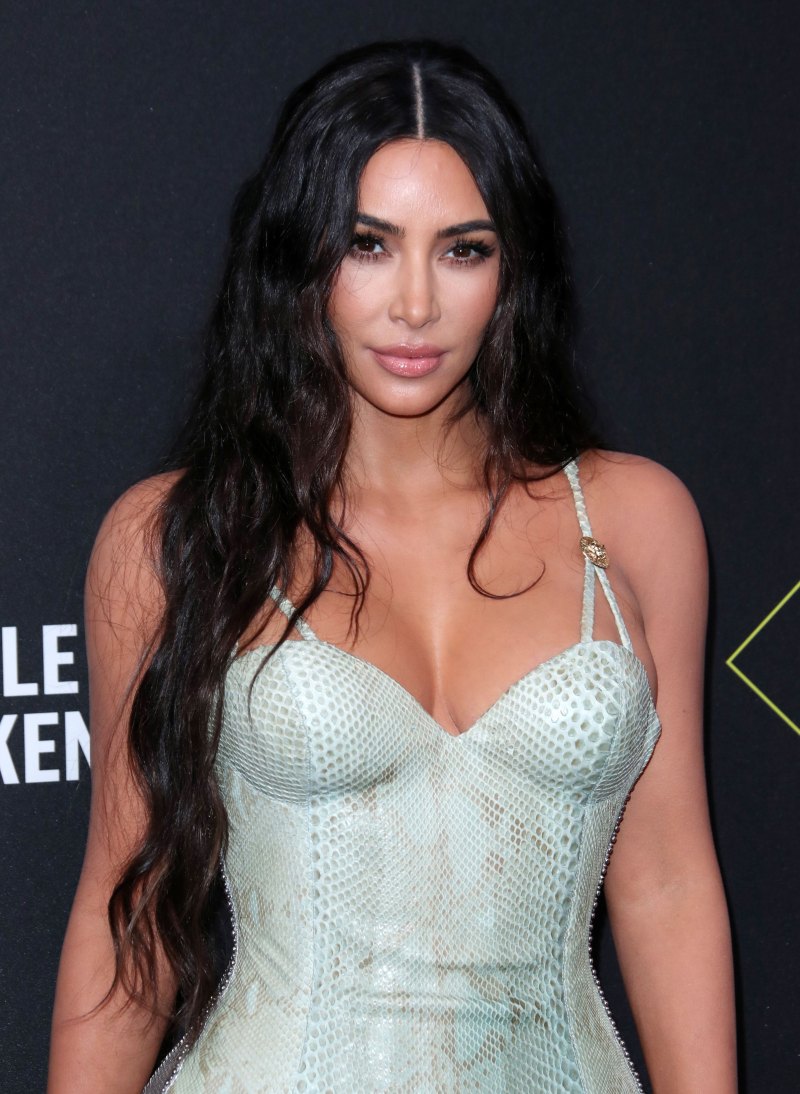 The Keeping Up With the Kardashians star has been sharing updates on the fires with her followers and on Friday tweeted, “Climate change is real,” along with a broken heart. 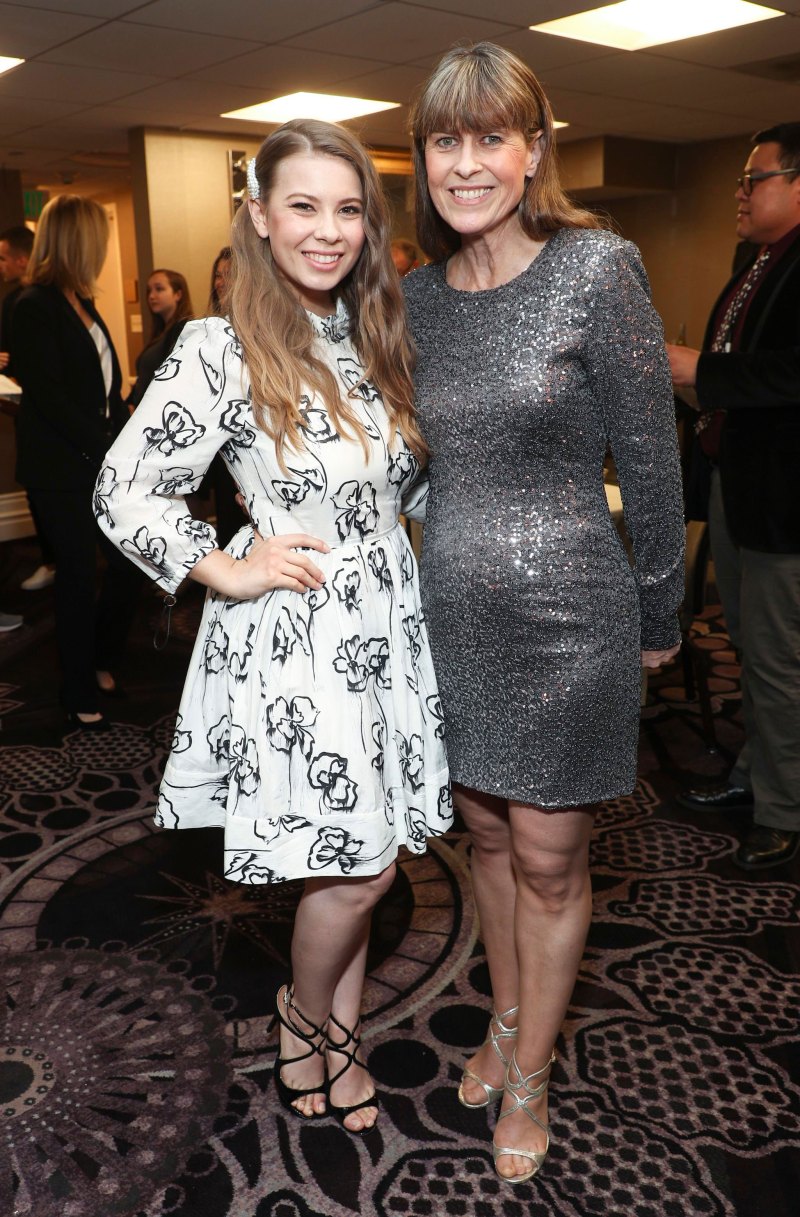 The mother-daughter pair have been posting updates of the work being down to help injured animals at their Australia Zoo Wildlife Hospital in Queensland. Both shared images of a burned possum named Blossom, who later succumbed to her injuries. “Devastatingly this beautiful girl didn’t make it even after working so hard to save her life,” Bindi wrote on Instagram on Saturday. “I want to thank you for your kind words and support. This is the heart-wrenching truth, every day is a battle to stand up and speak for those who cannot speak for themselves. Now more than ever we need to work together to make a difference and protect our Mother Earth.” 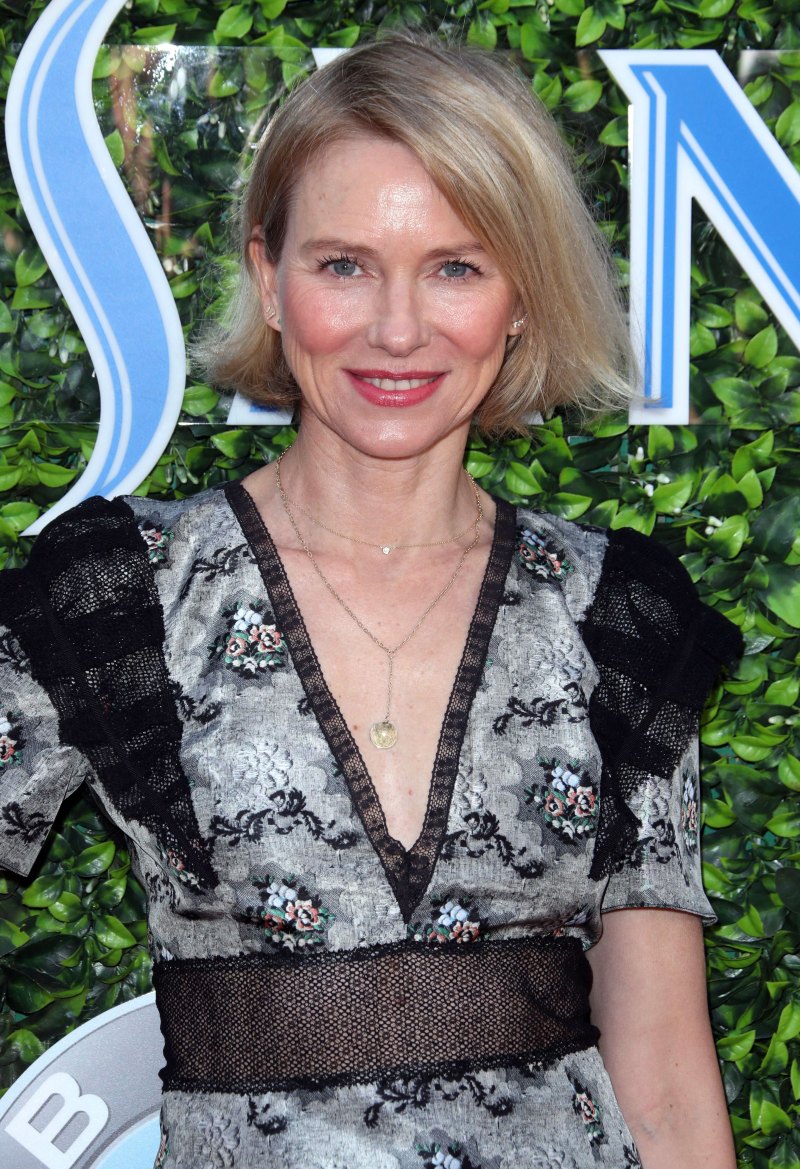 The actress, who grew up in Australia, spent her Christmas vacation back home and shared a video from her last night in Byron Bay. “To get a sense of how beautiful the wildlife regularly sounds ... Please turn up the volume. The fires have been truly horrendous. It's so upsetting and worrying. So much wildlife already lost. And still much of the summer ahead. My heart goes out to those who've lost loved ones and homes. Big gratitude to the brave firemen who literally haven't stopped during the holidays !! Heartbroken for all the animals, plants and land ... [Praying] for rain.” 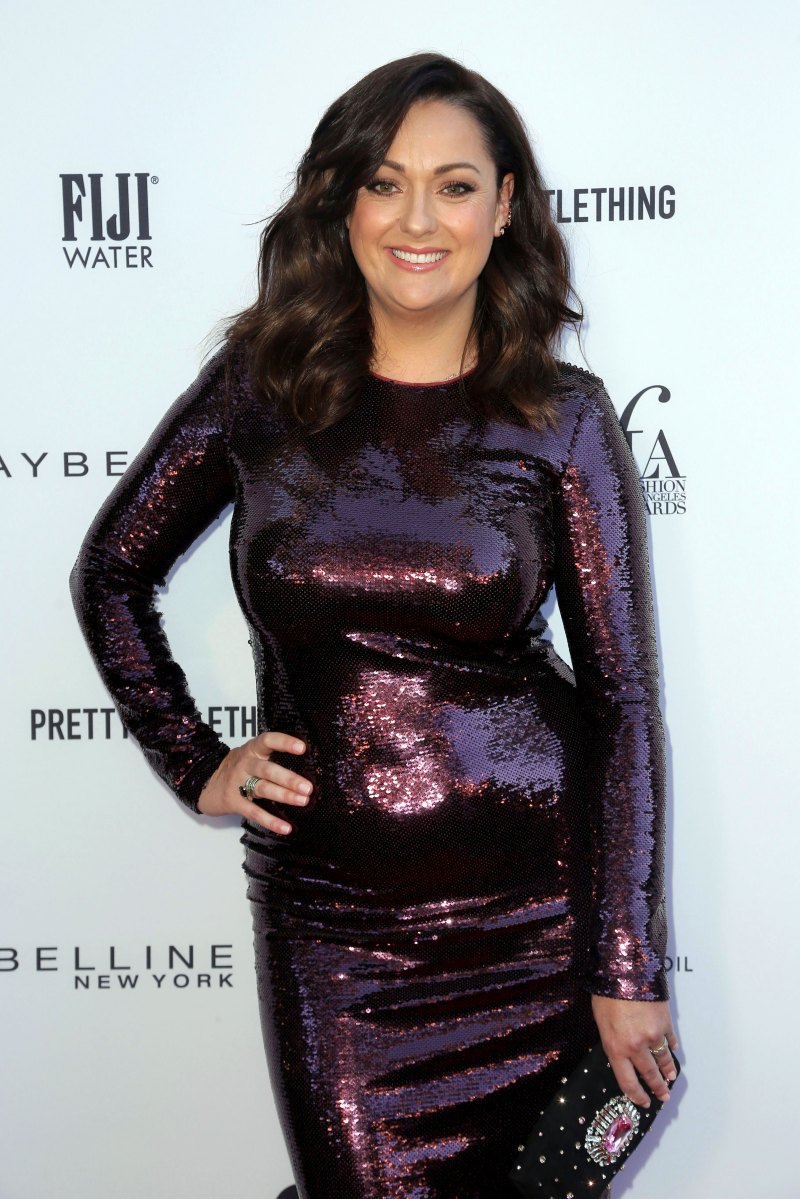 The Australian comedian — known for her celebrity parodies on Instagram — launched a fundraiser on Facebook on Friday, with funds doing to the NSW Rural Fire Services and Brigades Donations Fund. By Saturday, January 4, it had raised more than $15 million. Barber, who shared “terrifying” images of her mother-in-law’s home, revealed on Saturday that her family had been evacuated. 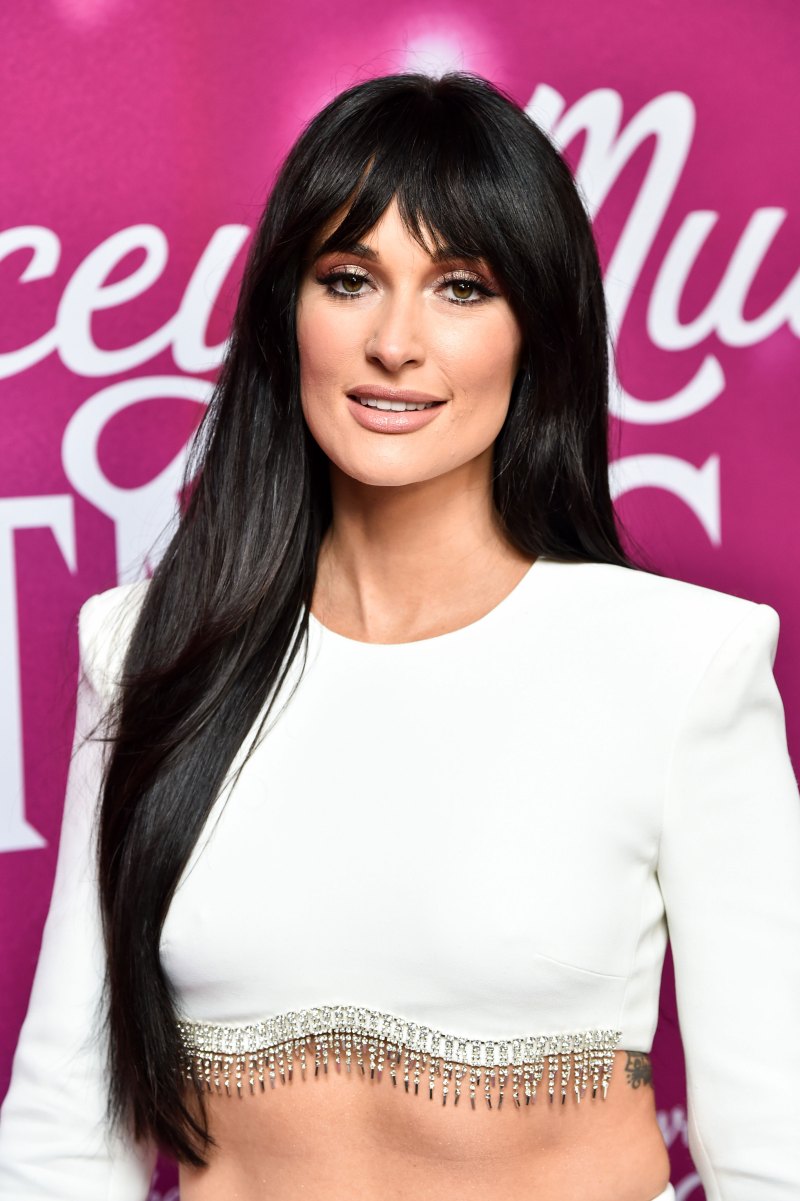 “So incredibly saddened and disheartened by the fire in Australia (among other headlines.),” the singer tweeted on Friday. “Laying her feeling hopeless. The despair is overwhelming. How can I help?” After a fan replied with a link for charities, the “Rainbow” singer responded, “Thank you. Just donated.” 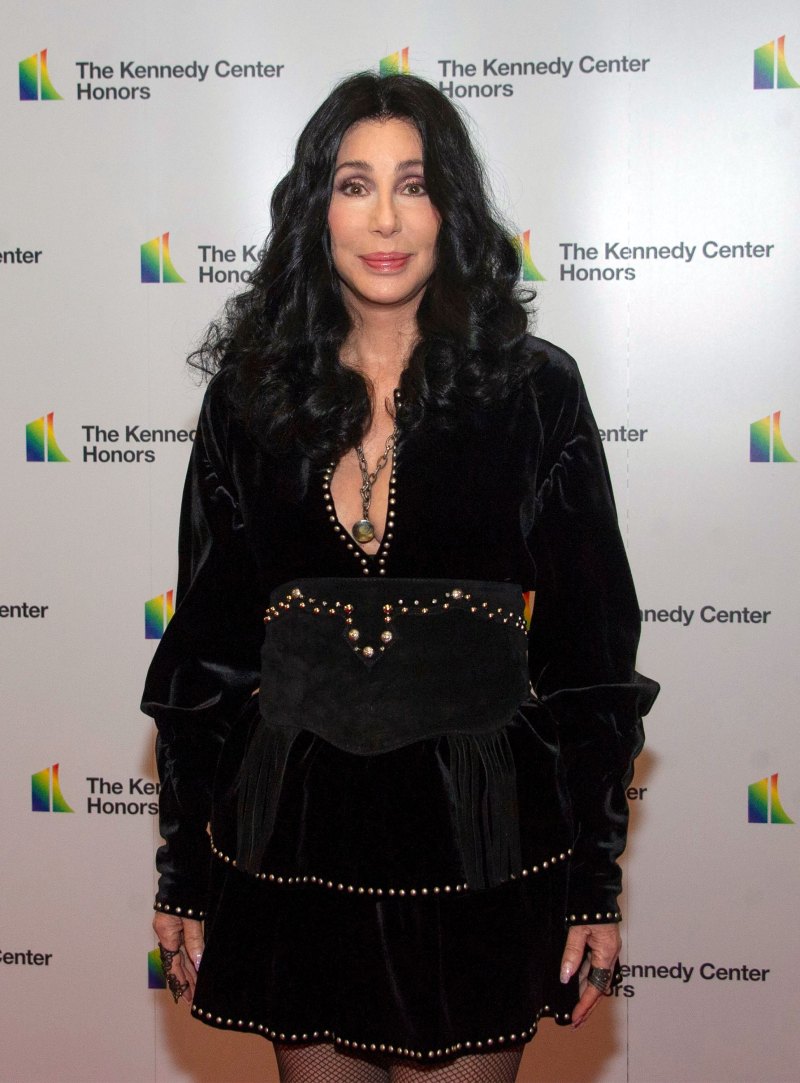 After a fan sent the Oscar winner two photos of the fires, she replied, “AUSTRALIAN FRNDS JUST ESCAPED IN TIME.ITS BEYOND DIRE THIS IS WHAT CLIMATE CHANGE LOOKS LIKE. 15 MILLION ACRES BURNED,450 MILLION ANIMALS KILLED(SO FAR),AIR NOT BREATHABLE,& FIRES NOT CONTAINED.WHY ISNT [THE U.S.] COVERING CATASTROPHIC STORY.AUSTRALIA ‘WAS’ A CLOSE ALLY.” 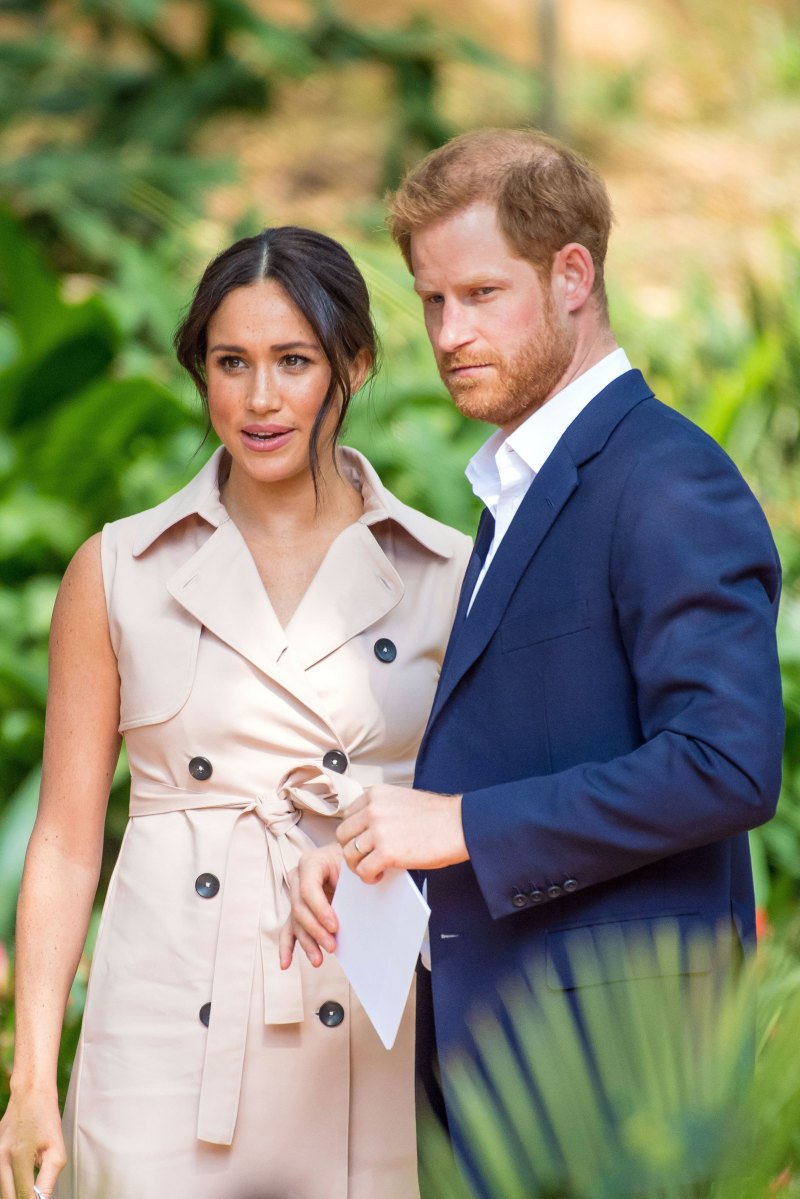 The royal couple announced via Instagram that they have donated to the bush fire relief and encouraged people to do the same on January 4. "This global environmental crisis has now been described as Ecocide," they wrote in a joint statement. "It's easy to feel helpless, but there's always a way to help." 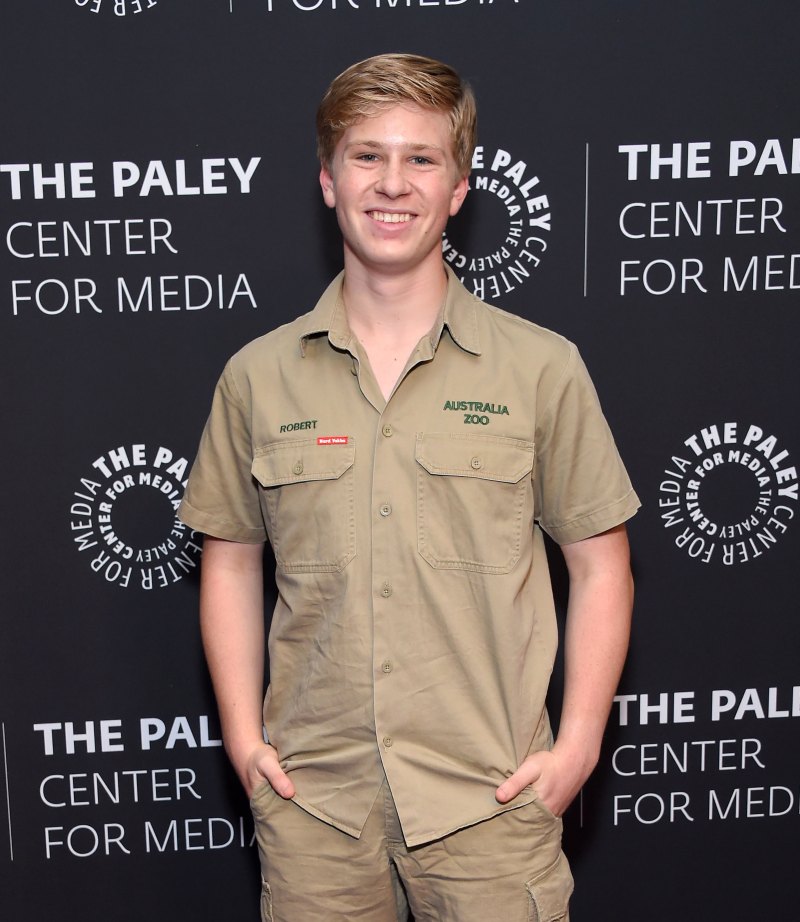 The wildlife photographer thanked his followers for supporting the Irwin family as they work to rescue more animals from the bush fire. “This is patient number 90,000 that the Australia Zoo Wildlife Hospital has treated. ‘Ollie’ the orphaned platypus is receiving round the clock care until he can be released back to the wild,” the teenager captioned an Instagram photo of the animal on January 2. “Over the last 16 years, the hospital has provided 24/7 wildlife rehabilitation and an incredible animal rescue service. We’re so proud of this world-class facility! Thank you for your support - with pressures from drought to bush fires, wildlife need our help now more than ever.” 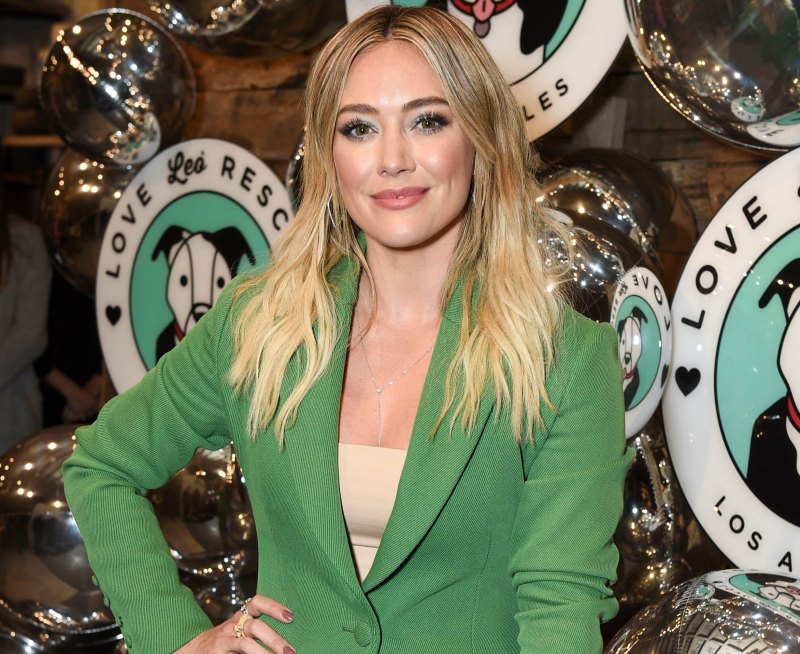 “The fires in beautiful Australia are covering the entire country 14.7 million acres have burned. That is an unfathomable number,” the Lizzie McGuire alum wrote on Instagram on Saturday, January 4. “Half a billion animals GONE. Burned alive. 💔💔 its a strange feeling of guilt to be enjoying my honeymoon in South Africa in a similar landscape where the animals are healthy and free and such devastating circumstances for others occurring at the same moment. Homes burned, people displaced and unfortunately some lives lost. @Matthewkoma and I are coming up with a number that we feel comfortable with to donate and will keep you posted on that. Please do what you can.” 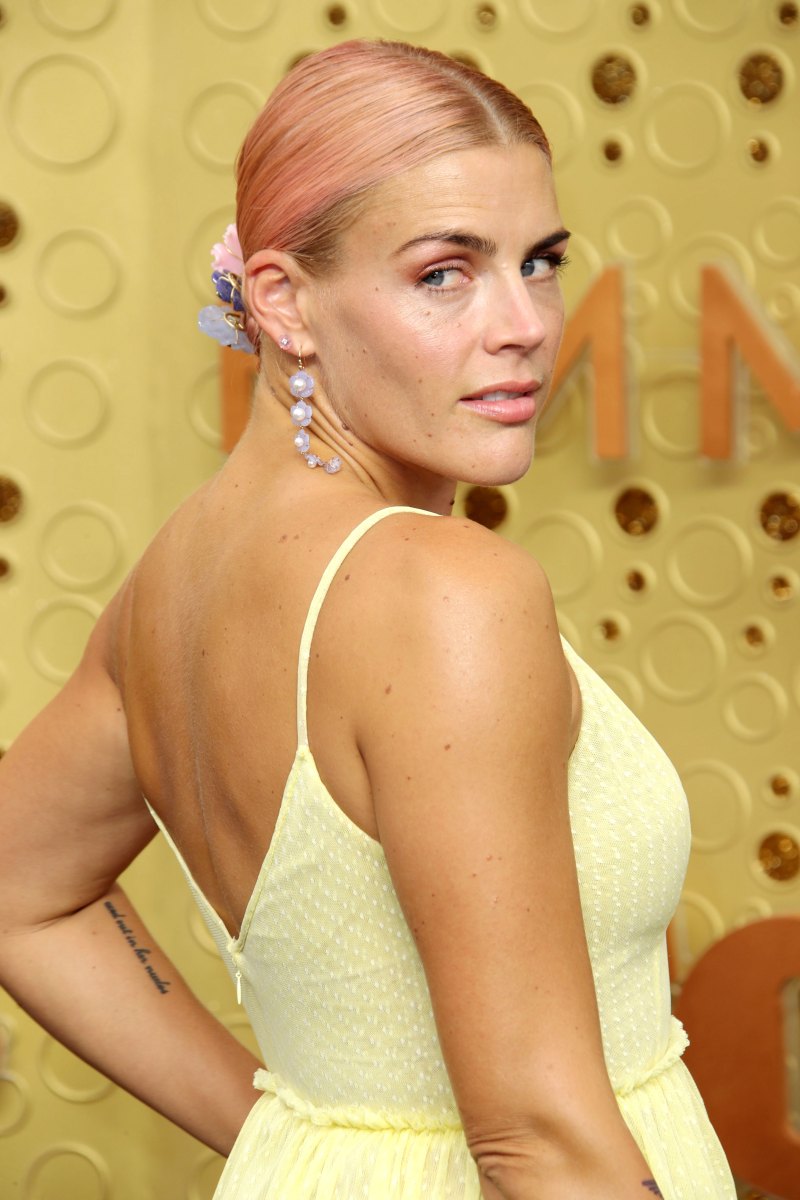 The former late night host shared a link to a Facebook fundraiser for the NSW Rural Fire Service & Brigades Donations Fund on her Instagram Stories on Saturday, January 4. “Swipe up to donate. This is an emergency and terrible tragedy,” Philipps captioned the screenshot.