‘Bachelor’ Alum Lesley Murphy Doesn’t Think Hannah Brown Should Be the Bachelorette Again: She ‘Had Her Time’

“She kind of had her time, but I love her because she was super fierce,” Murphy, 32, told Us Weekly exclusively on Thursday, January 23, at Create & Cultivate and Chevrolet’s fourth annual Create & Cultivate 100 List event in L.A., honoring women across multiple industries. “She found her power in the middle of the season and was a great role model for other women to see to find their own power.” 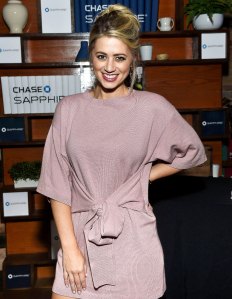 Murphy, who previously vied for Sean Lowe’s heart on season 17 of The Bachelor in 2013, then weighed in on whether ABC will consider bringing back Brown. “I don’t think so,” she added.

The Arkansas native’s comments about Brown, 25, came one day after the pageant queen opened up about the possibility of becoming the Bachelorette again. Brown admitted on Wednesday, January 22, that she does “want a person” in her life, and she went on The Bachelor and The Bachelorette to find that.

“I know that I don’t need that,” she told Entertainment Tonight. “There is that like, weird … a desire in my heart to find somebody. Do I have to do that as being the Bachelorette? No. But it is, I think, something that can work and has worked for other people.” 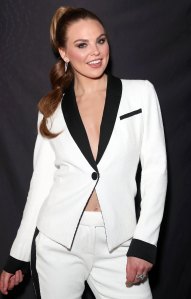 Brown paid former suitor Peter Weber a visit during the filming of The Bachelor’s 24th season, which premiered on January 6. The Alabama native’s appearance on the competition series carried over to a couple of episodes, where she can be seen crying to Weber, 28, as she admitted to questioning what she “should’ve done” during her season.

Though Murphy regarded the pilot’s season as “very interesting,” she said that didn’t want to see Brown reappear. “Love Hannah B. but I think it’s time for her to head out,” Murphy told Us on Thursday. “And I don’t think we’ll see her again. I could be wrong.”

Murphy also picked Kelley Flanagan, the woman who met Weber prior to filming, as her top contender for season 24. “I love her because she just seems sorry to be so cliche but, there for the right reasons,” the travel blogger explained. “You can just tell she’s super normal and doesn’t give a f–k about the cameras, the fame afterwards, whatever it is.”