Some Celebrity Deaths in 2019

The Roxette singer died at age 61 on December 9 after a 17-year battle with cancer. Her hits included “It Must Have Been Love” and “Listen to Your Heart.” Fredriksson’s team at Dimberg Jernberg Management remembered her in a statement that read, “Marie leaves us a grand musical legacy. Her amazing voice both strong and sensitive and her magical live performances will be remembered by all of us who was lucky enough to witness them. But we also remember a wonderful person with a huge appetite for life, and woman with a very big heart who cared for everybody she met.” 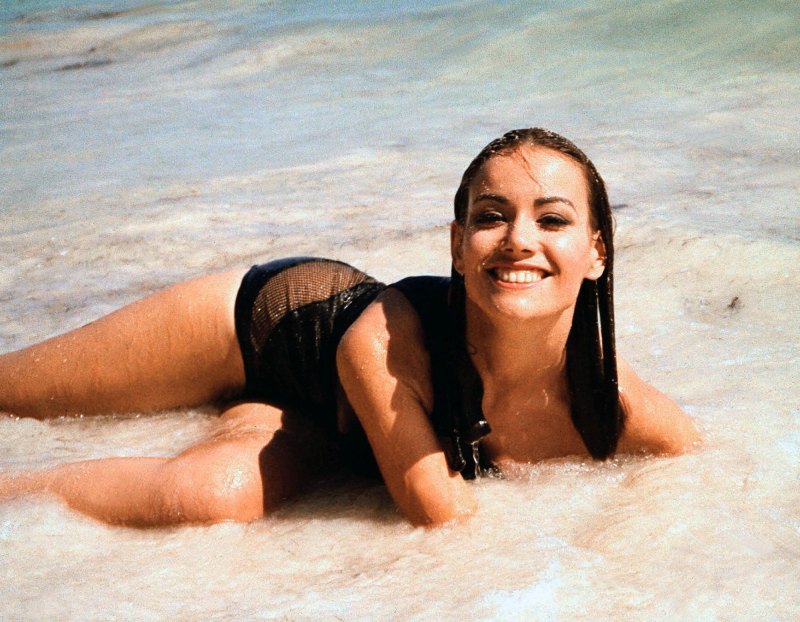 The French actress died on December 19, in Paris, her agent confirmed to AFP. She was 78. Auger was the first French actress to play a Bond girl, starring as Domino opposite Sean Connery in 1965’s Thunderball. Her first acting job was in 1958 and she acted until 1997, finishing her career with the TV movie, The Red and the Black. 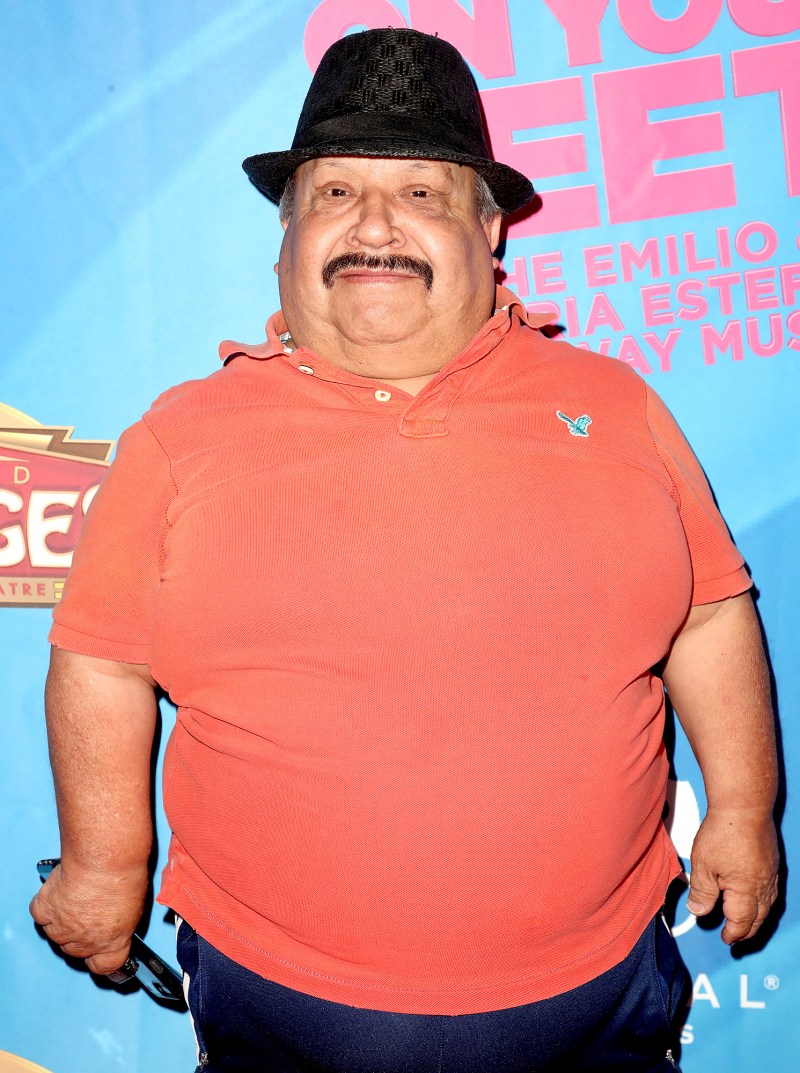 The longtime Chelsea Lately sidekick died on December 15 at the age of 63 after being hospitalized in Mexico City for stomach ailment, according to TMZ. Bravo, whose birth name was Jesus Melgoza, gave an interview with Radar Online just a few days before his death where he opened up about his relationship with his former costar Chelsea Handler. “We have both been busy trying to do our thing that we haven’t seen each other since. But we text, we call each other. She called me last week actually before my birthday. I love her. She is my dearest. I would definitely accept a job if she offered it to me. … I can’t complain.” Handler paid tribute to BravoOpens in a new Window. on Instagram, sharing several photos of her pal and writing, "I loved this nugget in a big way, and I took great pleasure in how many people loved him as much as I did and do. @chuybravo gave us so much laughter and I’ll never forget the sound of his laughter coming from his office into mine. Or his 'business calls' with his 'business manager,' or his shoe rack with all his children-sized shoes. I'll never forget him coming to Christmas with my family one year in the Florida keys, and when my niece who was 5 or 6 at the time—saw him, she ran in the other direction saying she was scared. My sister and I were mortified and were apologizing to Chuy, who told us,'it's ok, lots of little kids get scared when they see big kids coming their way.' I love you, Chuy!" 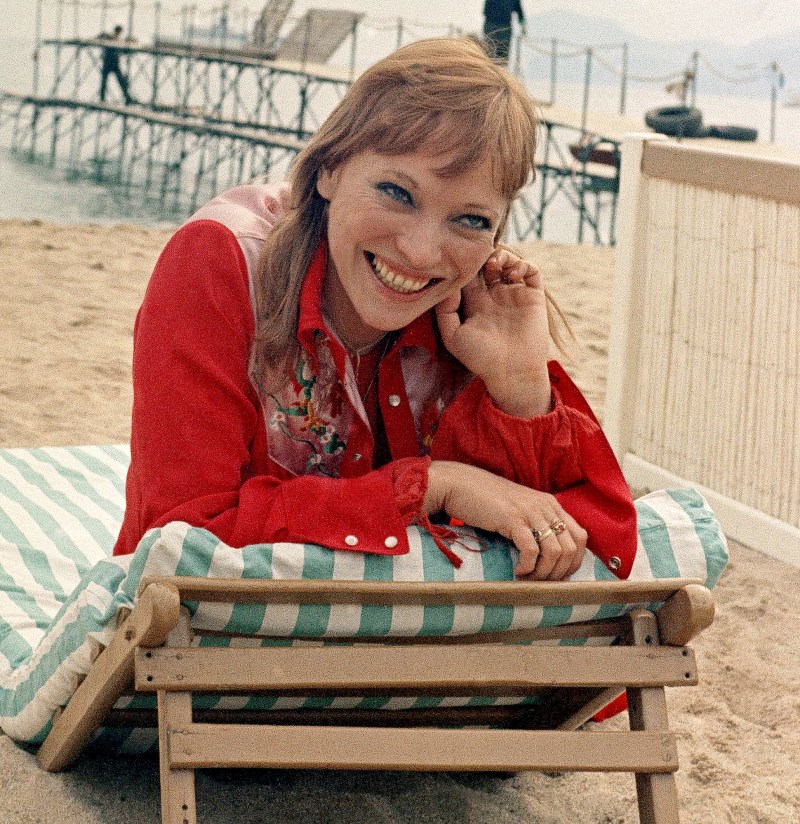 The French New Wave actress who rose to fame in films directed by her then-husband Jean-Luc Godard died in Paris on December 14 after battling cancer. She was 79. The former model starred in films including A Woman Is a Woman, The Little Soldier, Vivre Sa Vie and Band of Outsiders. She was also a singer, releasing two albums and had two hit singles in the 1960s penned by Serge Gainsbourg. “Her gaze was the gaze of the New Wave. It will remain so forever,” France’s culture minister Franck Reister tweeted. “She magnetized the entire world. Today, French cinema is an orphan. It loses one of its legends.” 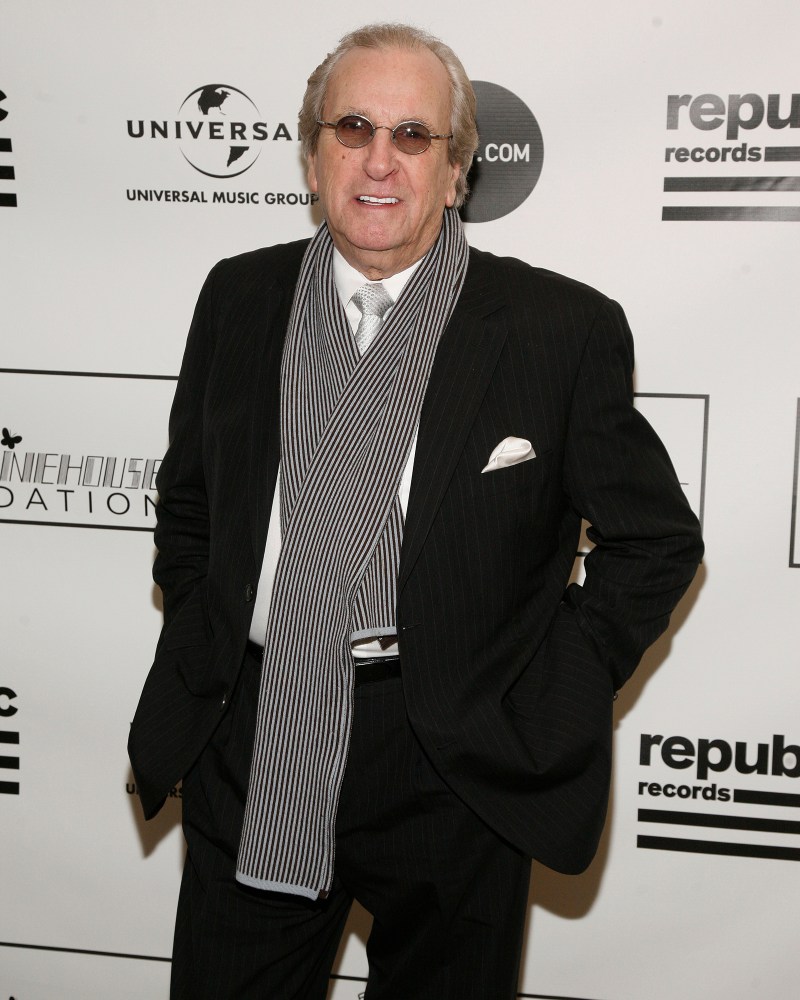 The actor, who starred in movies including Do the Right Thing, Moonstruck and The Godfather Part II, died at the age of 86 on December 12 after a brief illness. 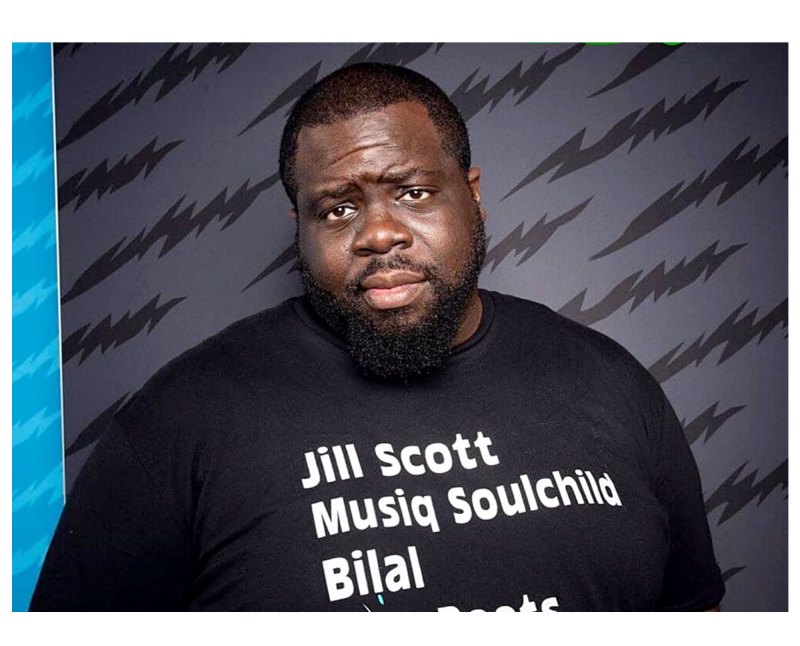 The Comedy Central star died on December 12, at age 32. His death occurred weeks before his wife and high school sweetheart, Ericalynn Cotton, was expected to give birth to their child in February. Comedy Central released a statement regarding the comedian’s passing. “We’re devastated by the loss of Chris Cotton a hilarious comedian, a beloved member of the Comedy Central family and a joy to be around,” the network tweeted. “He will be missed.” 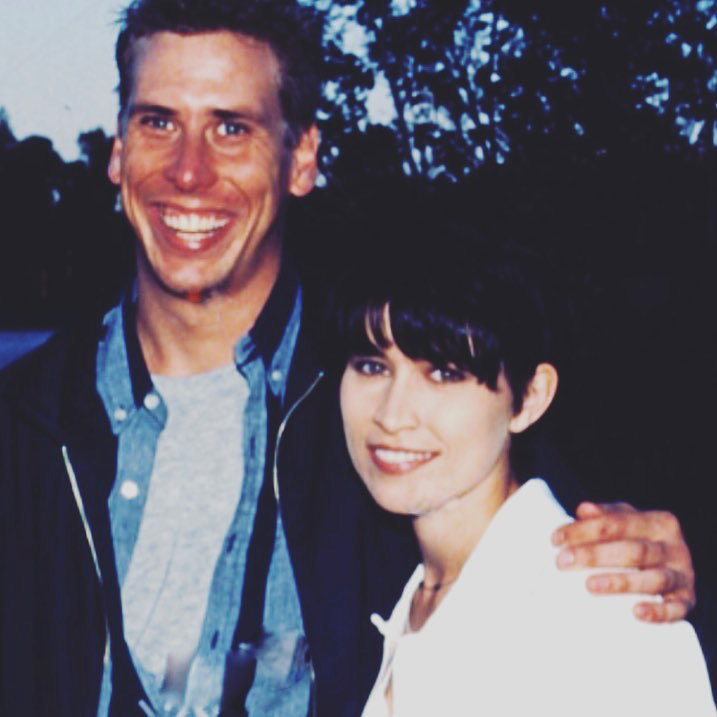 The former child actor, best known for his role of Tommy Hyatt on the ‘70s sitcom Alice, died on December 10 in Texas after battling a longtime illness. McKeon was 55. The late actor was the older brother of Facts of Life star Nancy McKeon. The actor was also a producer and director, working most recently on 2005’s The Jacket and 2003’s Edge of Nowhere. 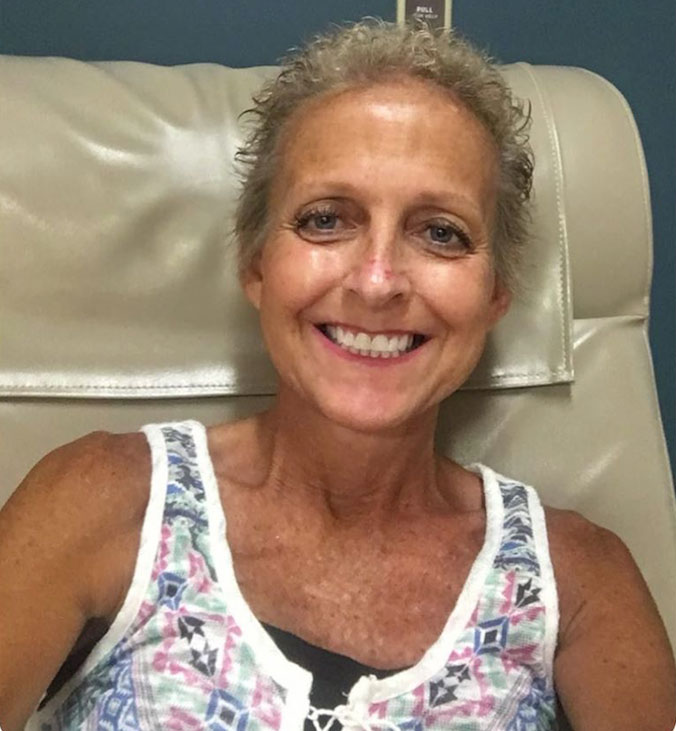 Teen Mom OG star Mackenzie McKee’s mother, Angie Douthit, died on December 9 after a long battle with cancer. The news was revealed on Douthit's Instagram the following day. “On Monday, December 9 at 11:37pm, Angie finished her race,” the caption read. “Her last days were spent lovingly surrounded by family and friends as they prayed, sang, and shared funny Angie stories.” 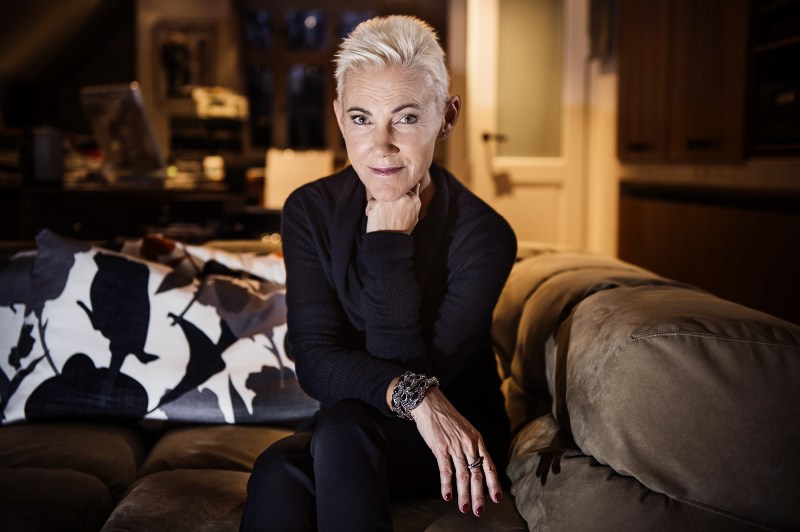 The Roxette singer died at age 61 on December 9 after a 17-year battle with cancer. Her hits included “It Must Have Been Love” and “Listen to Your Heart.” Fredriksson’s team at Dimberg Jernberg Management remembered her in a statement that read, “Marie leaves us a grand musical legacy. Her amazing voice both strong and sensitive and her magical live performances will be remembered by all of us who was lucky enough to witness them. But we also remember a wonderful person with a huge appetite for life, and woman with a very big heart who cared for everybody she met.” 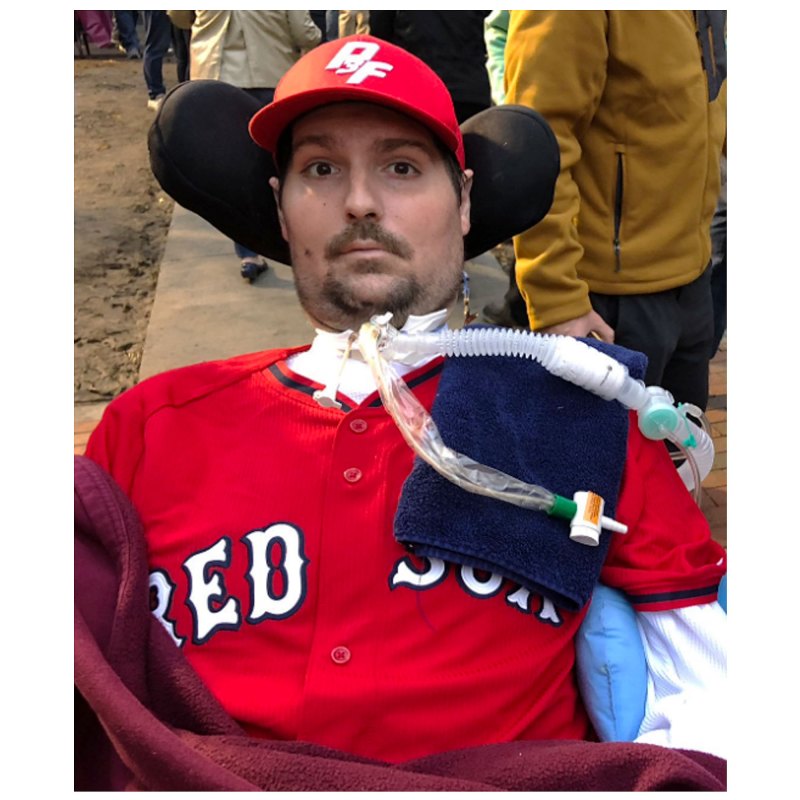 The former Boston College baseball player, who helped popularize the viral Ice Bucket Challenge in 2014 after being diagnosed with ALS in 2012, died at age 34. His family announced the news on December 9. “A husband to Julie, a father to Lucy, a son to John and Nancy, a brother to Andrew and Jennifer, Pete passed away surrounded by his loving family, peacefully at age 34, after a heroic battle with ALS,” their statement read. “Pete was an inspiration to so many people around the world who drew strength from his courage and resiliency.” 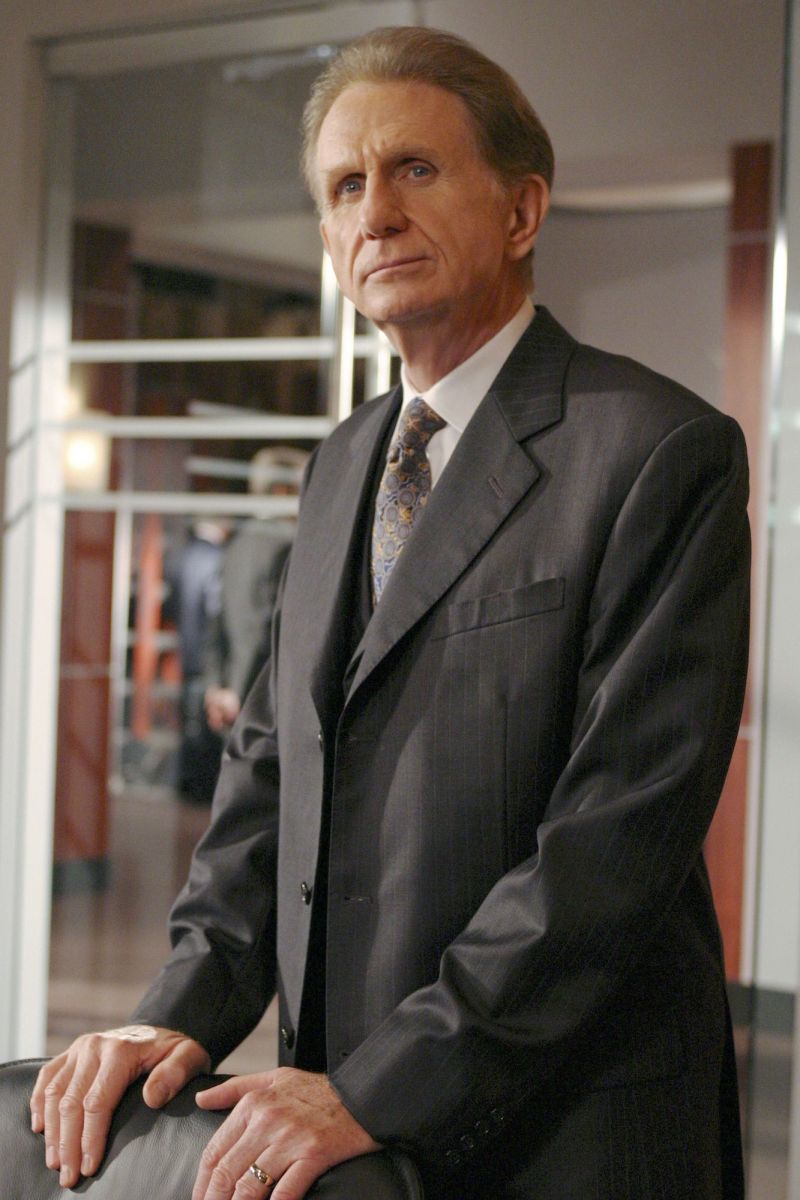 The former Star Trek: Deep Space Nine star died on December 8 at the age of 79. His son Remy-Luc Auberjonois told The Associated Press that his father died at his L.A. home of metastatic lung cancer. The Tony award winner also starred in the film M.A.S.H. and on the sitcom Benson and voiced Chef Louis in The Little Mermaid. He is survived by his wife of 56 years, writer Judith Auberjonois, daughter Tessa, son Remy-Luc, two sisters and three grandchildren. “I have just heard about the death of my friend and fellow actor @reneauberjonois,” Star Trek alum William Shatner tweeted. “To sum up his life in a tweet is nearly impossible. To Judith, Tessa & Remy I send you my love & strength. I will keep you in my thoughts and remember a wonderful friendship with René.” 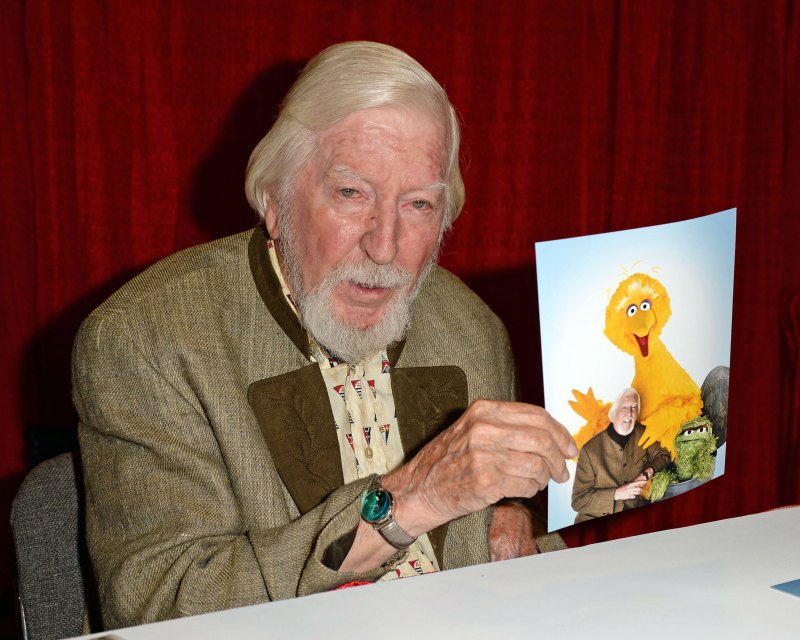 The Sesame Street puppeteer, who played the beloved character Big Bird for nearly 50 years, died on December 8 after "living with dystonia for some time." He was 85. Spinney also operated and voiced Oscar the Grouch before retiring from kids series in October 2018. 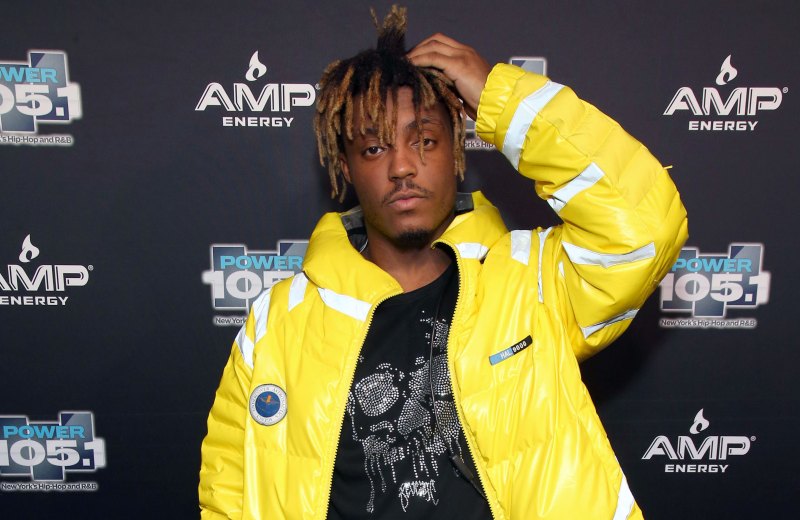 The “Lucid Dreams” rapper died after suffering a seizure at Chicago Midway Airport on December 8. He was 21. His cause of death was not immediately known. 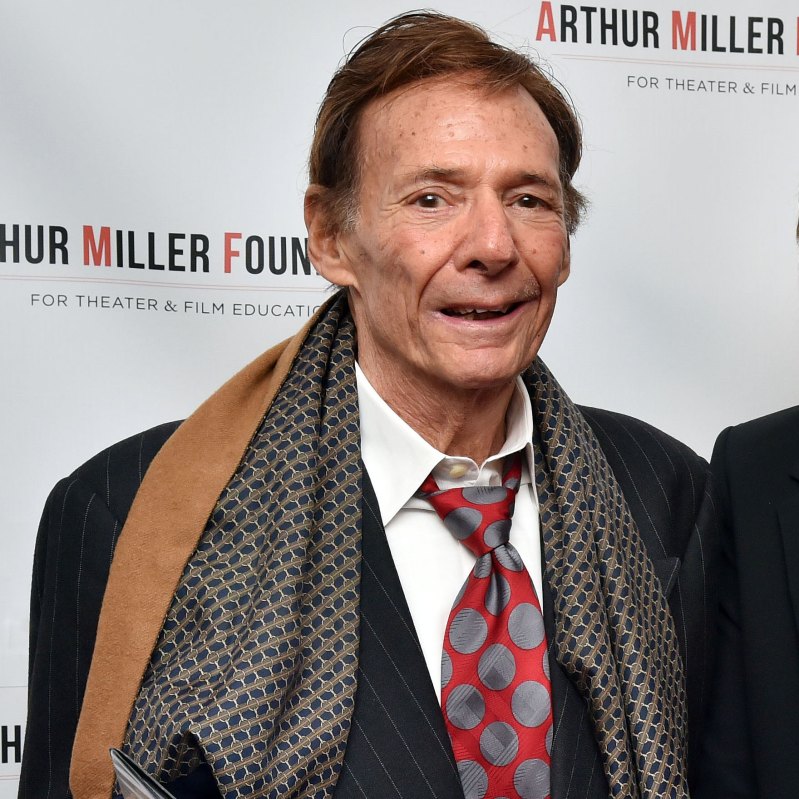 The Friends actor died in New York City on December 6 after suffering from pneumonia. He was 82. 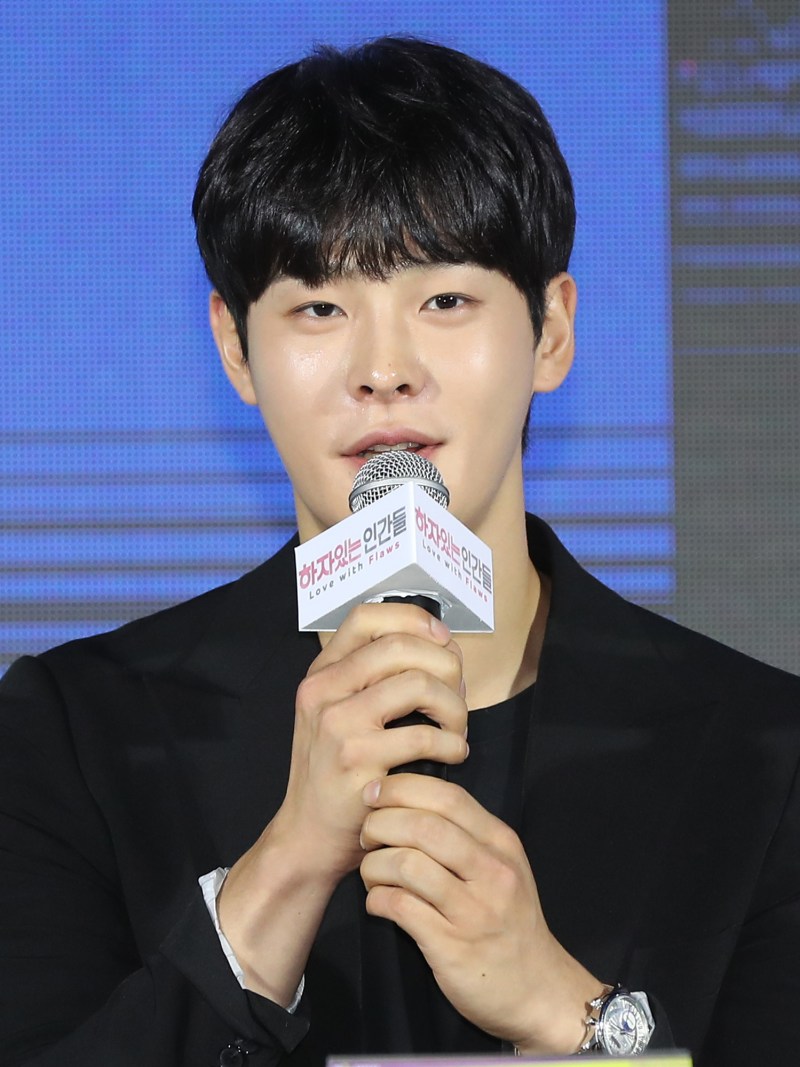 The South Korean actor died at the age of 27 on December 3. “We are truly heartbroken to deliver sad news to everyone who has sent lots of love and support to Cha In Ha until now. We are filled with grief at this news that is still hard to believe,” his management agency, Fantagio, said in a statement. “We earnestly ask for rumors to not be spread and for speculative reports to not be released in order for his family, who is experiencing greater sadness more than anyone due to the sudden sad news, to send him away peacefully. As wished by his family, the funeral will be held privately.” 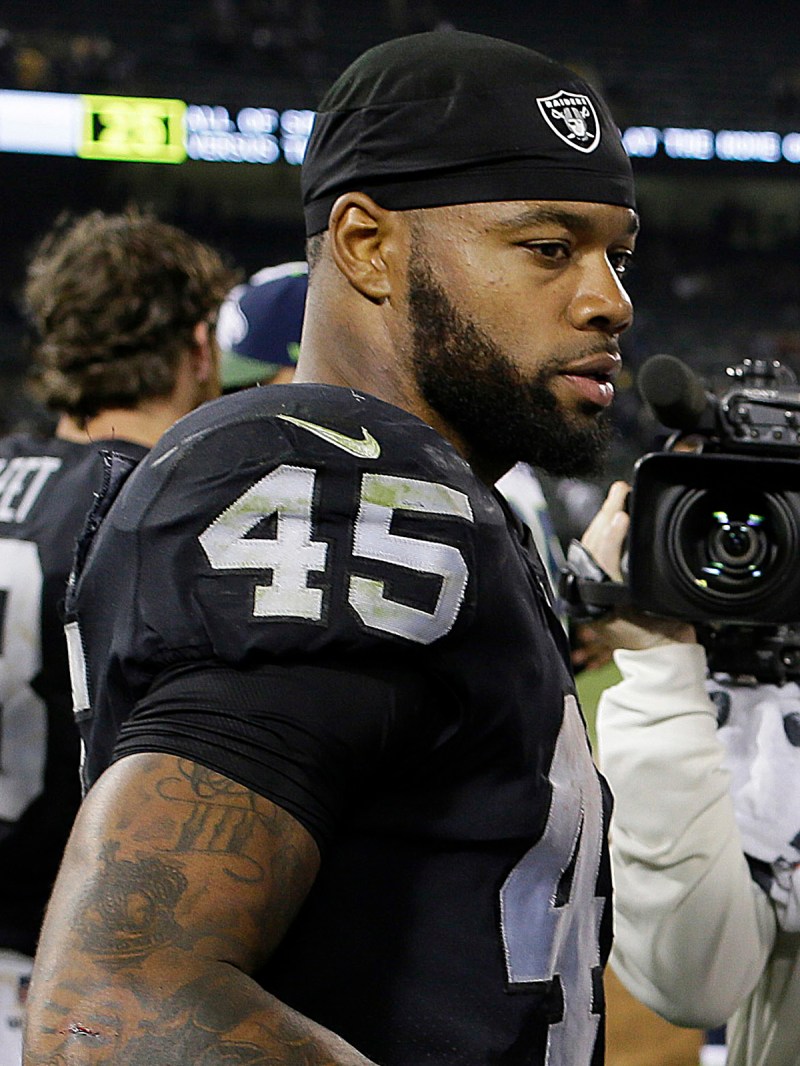 The former NFL running back died at the age of 27 on December 2, nearly one year after his twin brother Josh Atkinson’s suicide. George had reportedly been battling depression since Josh’s death. His cause of death was not immediately announced. 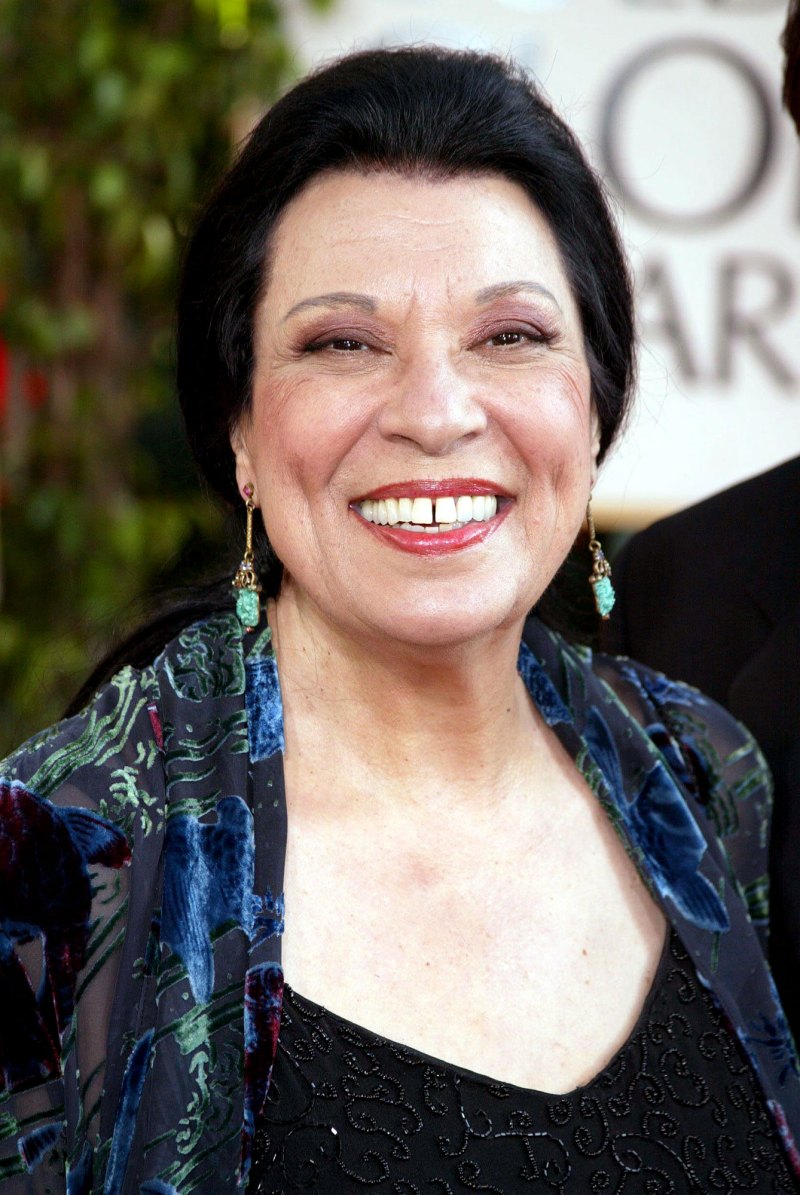 The actress died at age 83 on December 1 from heart failure after a brief illness. She was best known for playing maid Rosario Salazar on Will & Grace from 1999 to 2006. 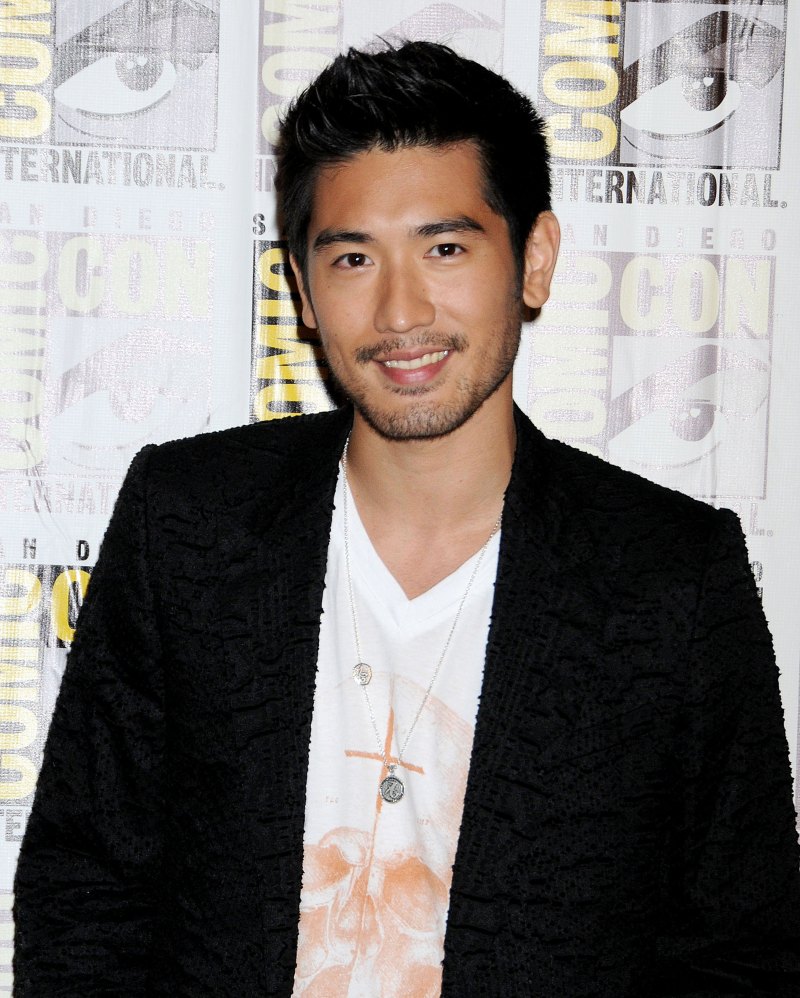 The Taiwanese-Canadian actor and model died at age 35 on November 27 after suffering an apparent heart attack while filming the Chinese reality show Chase Me in Ningbo, China. 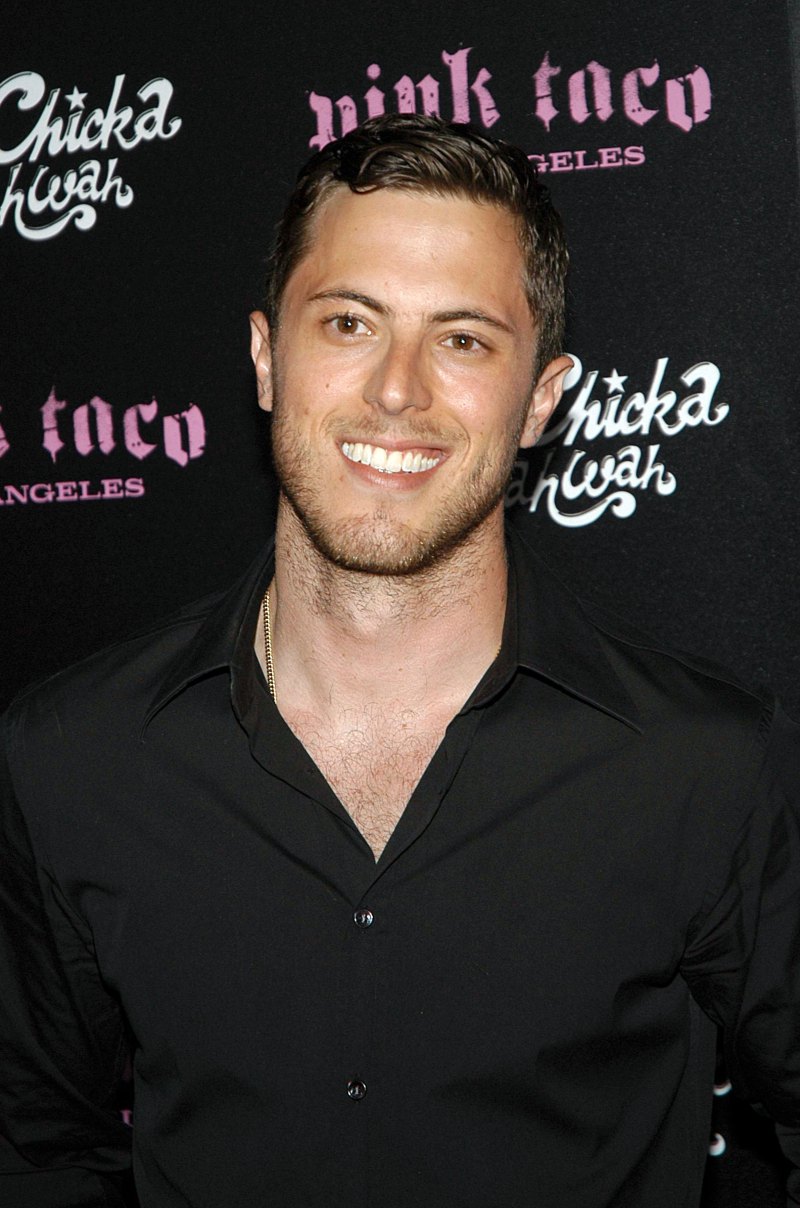 The Pink Taco founder died at age 38 on November 24, according to TMZ. Morton was found unresponsive at his home in Beverly Hills and was pronounced dead at the scene. A source told Us Weekly exclusively that Morton’s ex Lindsay Lohan was “crying hysterically” after hearing the news. 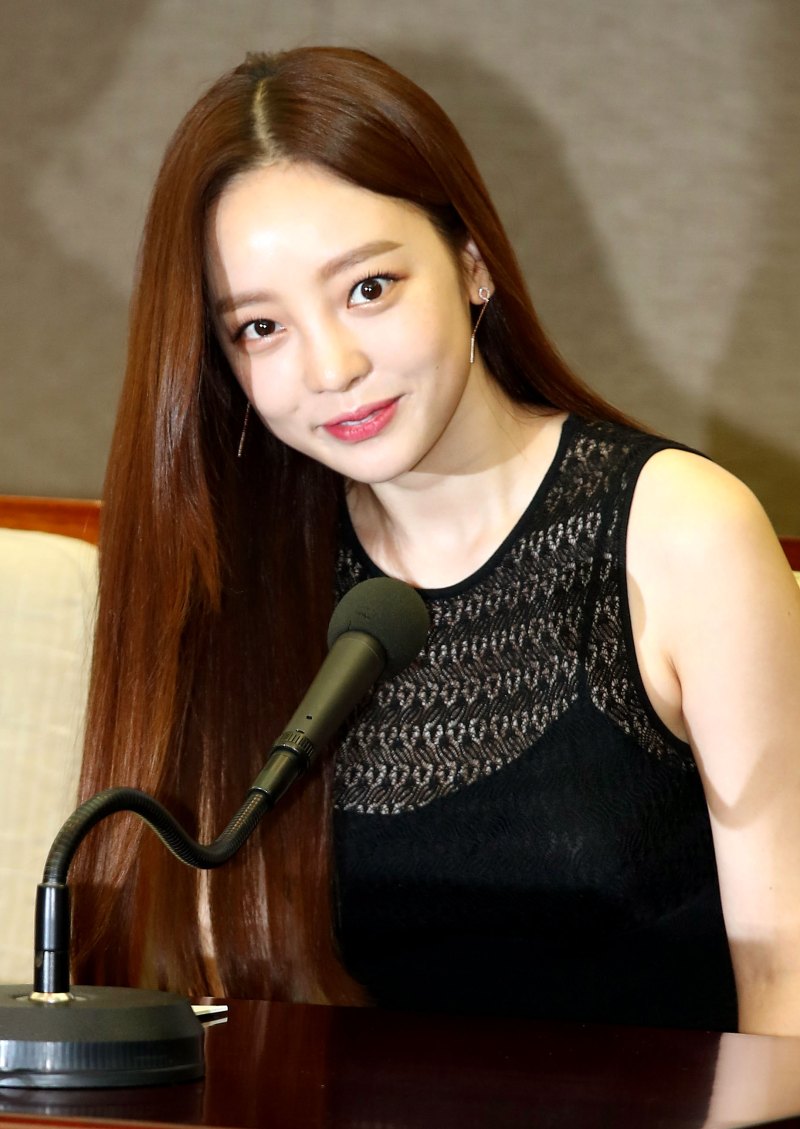 The K-Pop star was found dead at age 28 in her South Korea home on November 24, TMZ reported. Hara, who was a member of the group Kara, posted a photo of herself on her Instagram two days before her death with the caption: “Good night.” Her cause of death is under investigation. 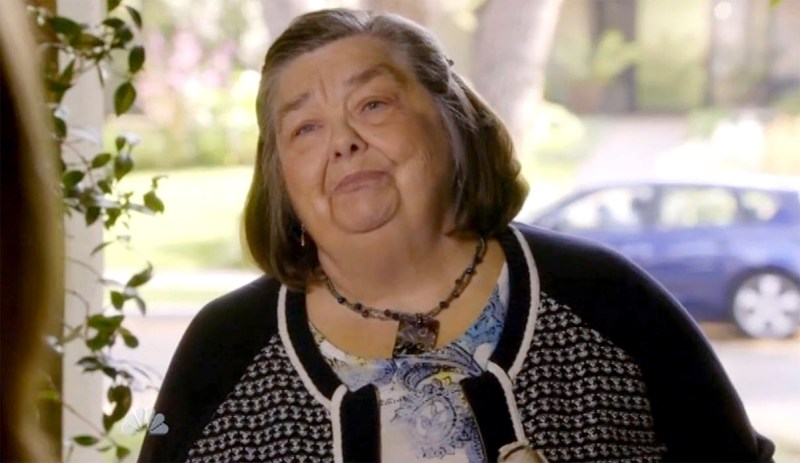 The actress died at age 78 of congestive heart failure on November 13. She was best known for her role on Glee as Lillian Adler, William McKinley High School’s former glee club director. Her character's plaque was displayed in a trophy case at the school with the quote, "By its very definition, glee is about opening yourself up to joy." Her plaque and one honoring Cory Monteith's character, Finn Hudson, are shown in the final shot of the series.