The Grammy winner revealed that one of Miley’s new tracks has a video that will show her funeral and “it’s just ridiculously, crazy good.” 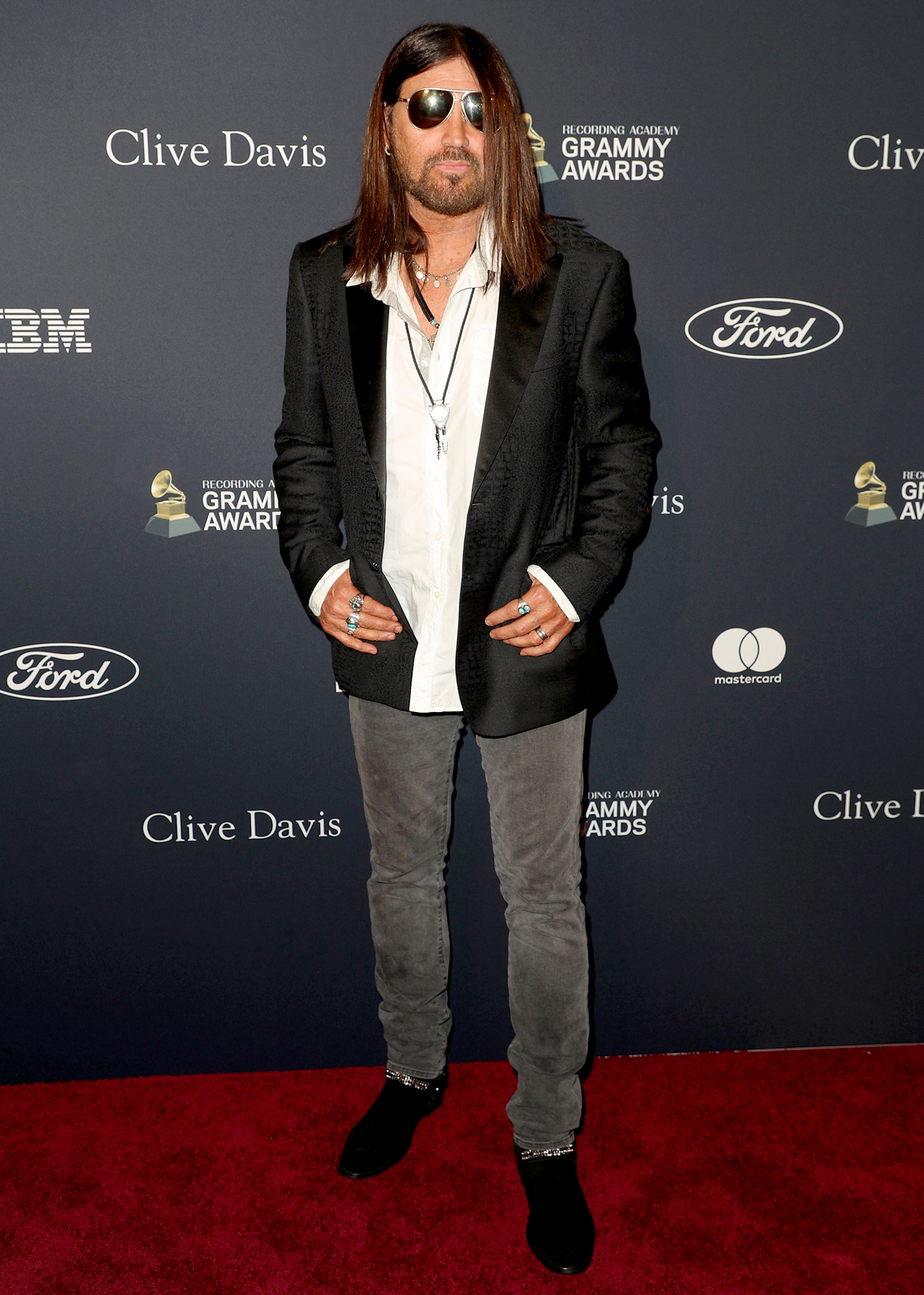 When it comes to his other musical daughter, Noah Cyrus, Billy Ray is equally as excited about what’s next. “Noah is on fire,” he told Us on Saturday. “That song ‘July’ is one of the hottest records on the radio today.”

The Kentucky native might be focused on his girls and their careers, but after winning two Grammys for “Old Town Road” with Lil Nas X for Best Music Video and Pop Duo/Group Performance on Sunday, January 26, both Noah and Miley couldn’t be more proud of him.

“Daddy daughter date night ❤️ feeling extra grateful to be sitting next to my dad tonight @billyraycyrus,” the “July” singer wrote alongside a photo of herself and Billy Ray at the 2020 Grammys.

The “Wrecking Ball” artist wasn’t in attendance at the actual awards show on Sunday, but she did share her excitement over her father’s win via social media that same night.

“Congrats to my dad @billyraycyrus and baby brother @lilnasx on their 2 Grammy awards!!!!!!” she wrote alongside a photo of the trio via Instagram.

“Huge congrats to @lilnasx and @billyraycyrus on their Grammy wins last night!” Miley captioned a video of herself and her dad performing together the same day. “I love you both like family …. well one I HAVE to love like family and the other one I WANT to! 💋 love u bro.”

Following his big night it was the first time the “Achy Breaky Heart” musician won a Grammy Billy Ray thanked his fans and date for the night, Noah, via Instagram.

“So honored to win Best Music Video and Best Pop Duo/Group Performance. I’d like to dedicate both to Kobe and his beautiful daughter,” he wrote at the time. “Sending my thoughts and prayers to his family and friends during this difficult time. #RIPKobe @lilnasx #OTR.”