Celebs Who Have Been Over-Served at the Golden Globes

Who doesn’t love some tipsy stars?! The #GoldenGlobes is one of the few awards shows that serves food and drink to the star-studded audience during the broadcast, meaning celebrities occasionally imbibe a bit too much on the big night.

Whether they’ve admitted to being over-served (a la Cate Blanchett in 2014) or walked onto the stage with a drink in hand, like host Ricky Gervais did in 2016, these famous faces might want to steer clear of the bar during this year’s ceremony on January 6, 2019.

Check out out gallery of over-served stars below and prepare to laugh out loud! 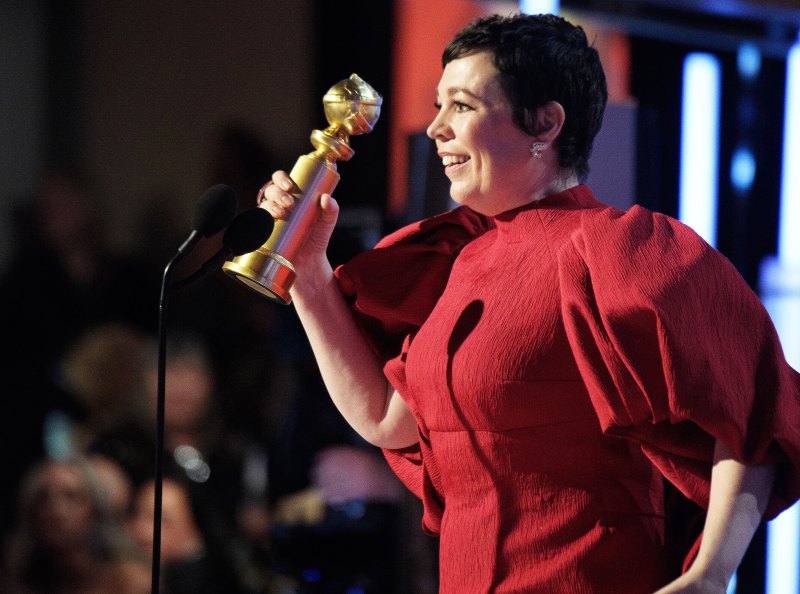 When the actress got up to accept her Best Performance by an Actress in a Television Series – Drama award for her work on The Crown, she was genuinely surprised by the win. “Thank you so much. I said I had money on this, not happening,” she said in her acceptance speech. “For the last year, I feel like I’ve lived someone else’s life and now I feel like I’ve definitely won someone else’s award. I’ve had the loveliest time doing this, and to all my fellow nominees who are all just marvelous.” 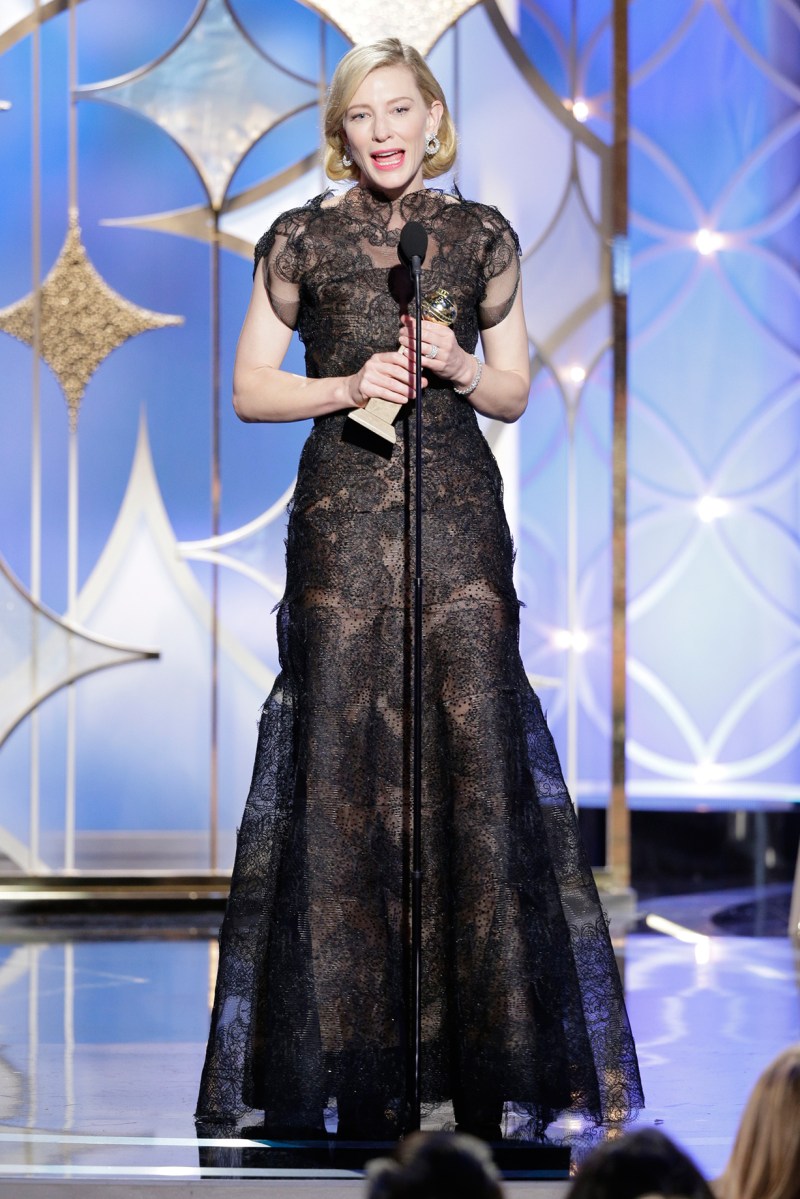 In 2014, the Australian actress ascended the Golden Globes stage to claim the Best Actress in a Motion Picture prize for Blue Jasmine, and she began her acceptance speech by telling the audience she was a bit buzzed. “I have a few vodkas under my belt and here we are,” she declared, before being played off the stage. “Can people at home hear this music?” she asked as the audience laughed. “Or do they suddenly think that you’re just getting very fast because you’re having a panic attack? Which I’m probably having.” 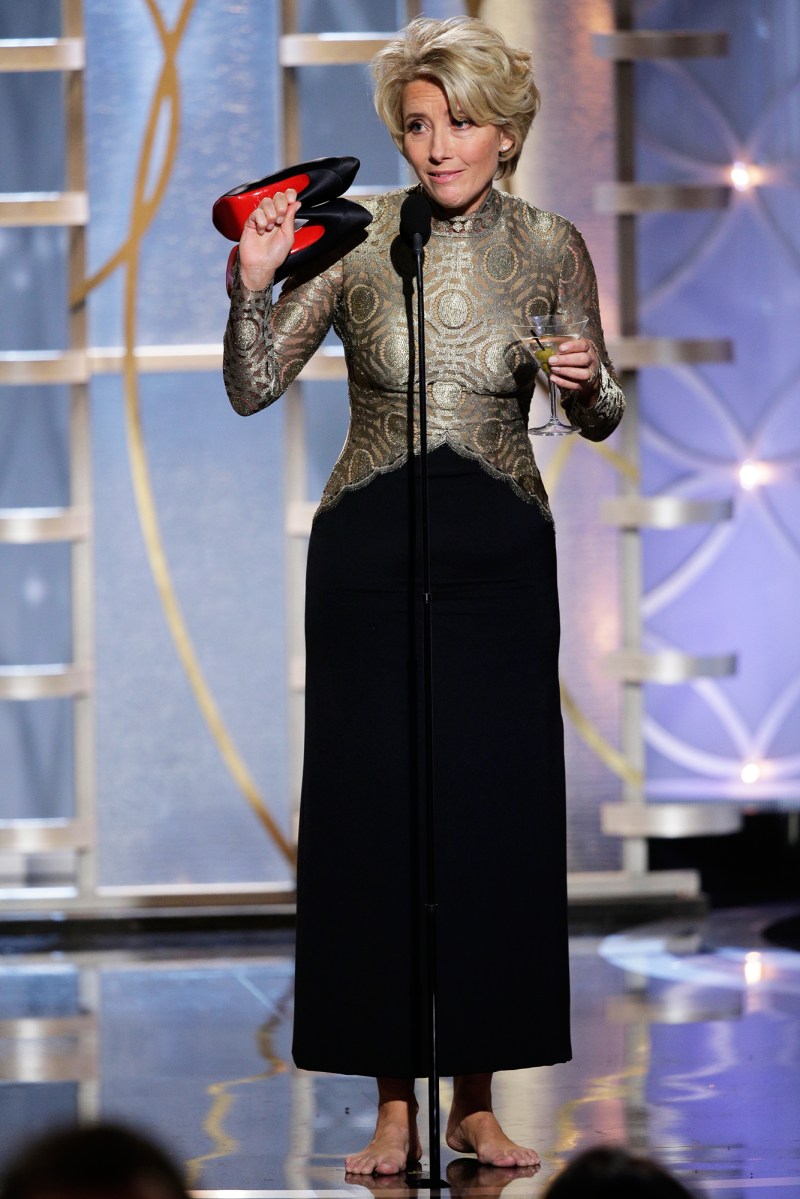 Also in 2014, the Bridget Jones's Baby actress took to the stage with her shoes in one hand and a martini in the other to present the Golden Globe for Best Screenplay. When it came time to announce the winner, Thompson tossed her shoes aside (literally!) and handed her partially finished drink to that year’s Miss Golden Globe, actress Sosie Bacon. 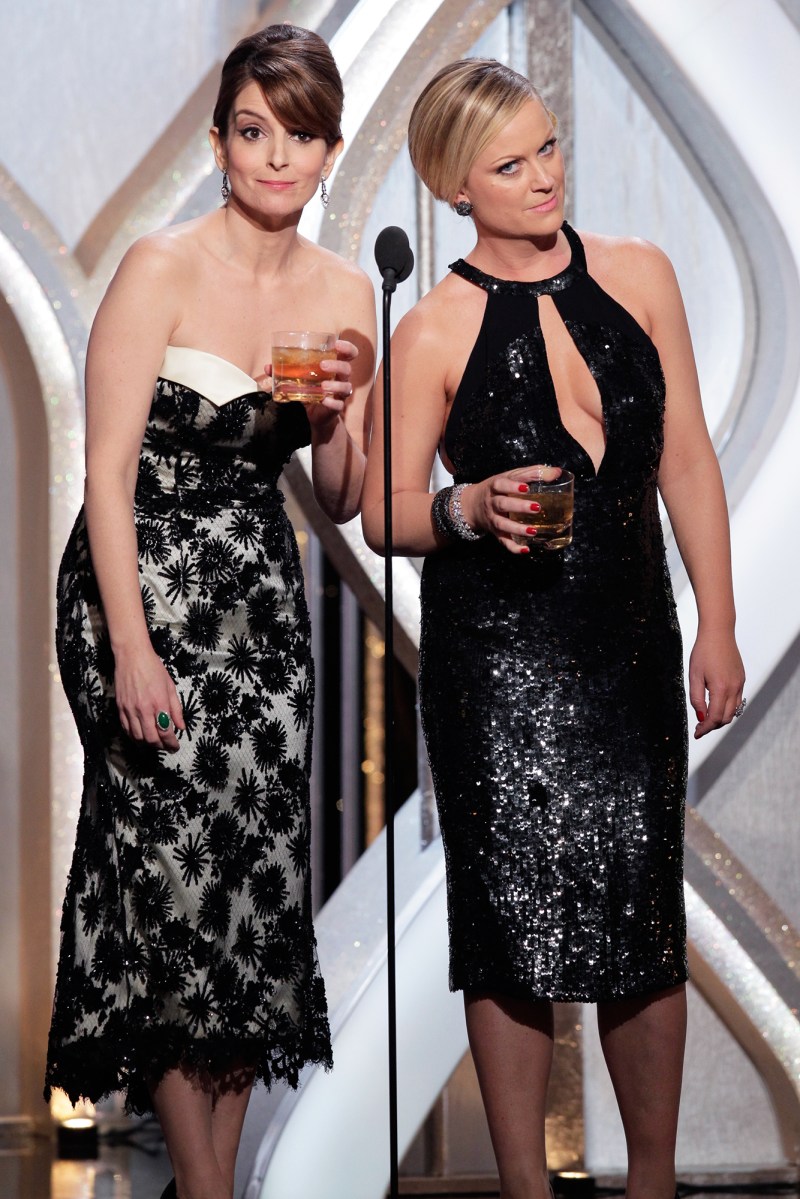 The beloved comedy duo co-hosted the ceremony in 2013, 2014 and 2015, and at one point during their first hosting gig, they walked onto the stage with drinks in hand after both losing that year’s Best Performance by an Actress in a Television Series - Musical or Comedy trophy to Girls star Lena Dunham. “The show is really taken a turn,” Poehler said after her loss, as Fey lamented it was “time to start drinking.” Poehler added: “Everybody’s getting a little loose now that we’re all losers.” 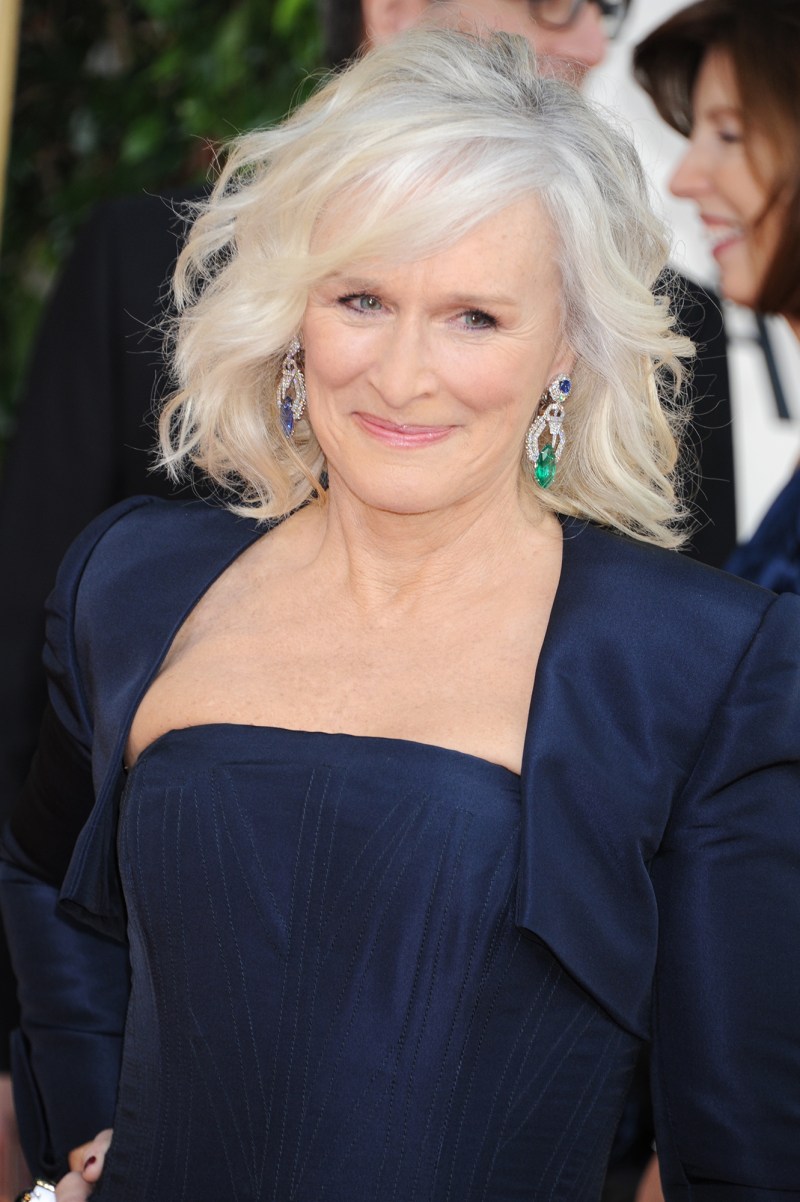 As part of the same bit, Poehler and Fey then went on to mention how “sloppy” the room was getting, and brought in another actress to join in on the fun. “Look how drunk Glenn Close is,” Fey remarked as the camera panned to the wiggling and “drunk” Damages star. Though seemingly not under the influence of alcohol, Close playfully went along with the bit so well that Fey later joked she “might need a medic.” 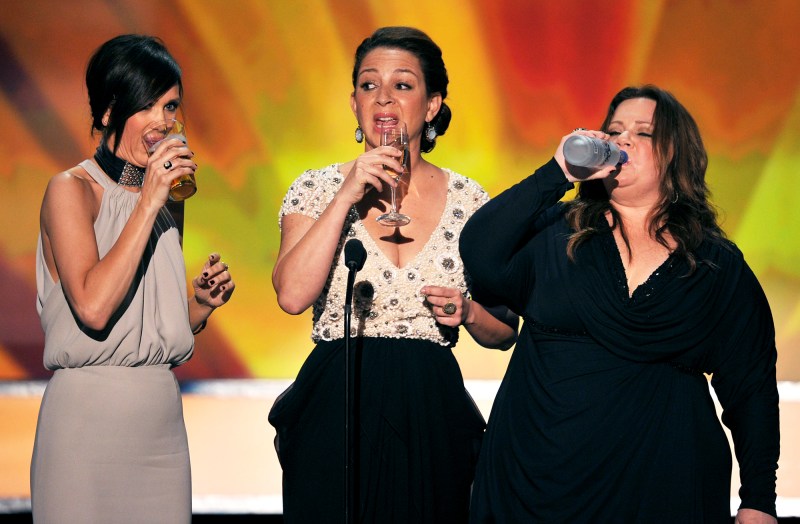 The Bridesmaids trio were on stage in 2012 to discuss their movie and its nomination for Best Motion Picture – Musical or Comedy. The women, who were holding cocktails, taught the audience the drinking game they played on set, which involved imbibing each time someone says “Scorsese.” McCarthy, who took several swigs on stage, told the crowd, “You’d be surprised at how much that comes up in casual conversation.” 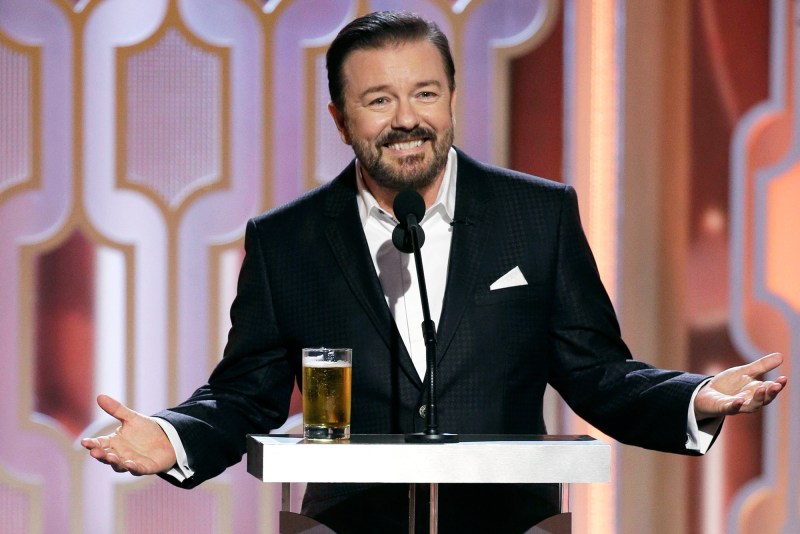 The British comedian has hosted the Globes four times – in 2010, 2011, 2012 and 2016 – so he’s fully aware of how difficult and nerve-wracking the process can be. Perhaps that’s why the Derek star kicked things off in 2016 by drinking a beer on stage during his opening monologue. “I’m going to do this monologue, and then go into hiding,” he told the audience as he took a sip of his drink. “Not even Sean Penn will find me.” 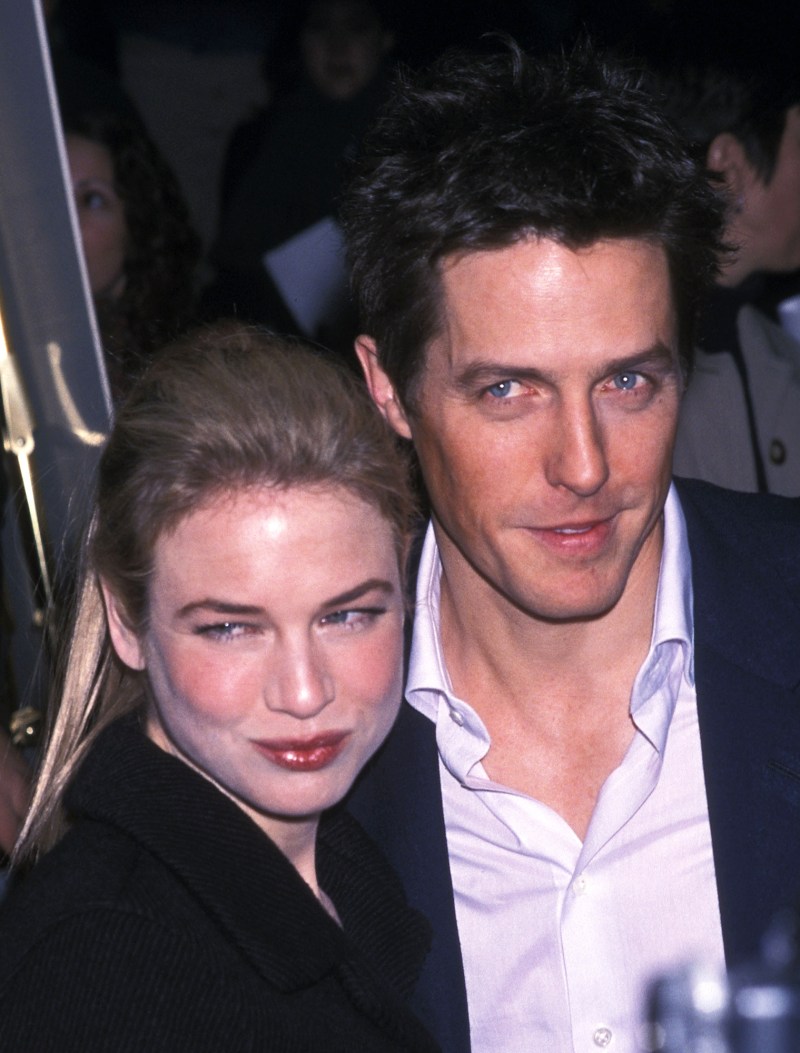 When the Jerry Maguire star was MIA in 2001 after it was announced she’d won the Best Actress award for her performance in Nurse Betty, presenter Hugh Grant joked the actress may have had a few too many. “Where is she?” the Brit asked from the stage. “Is she under the table? Renee is drunk, ladies and gentlemen.”