To see this working, head to your live site.
Search
Gabriel Klue
Mar 04, 2020 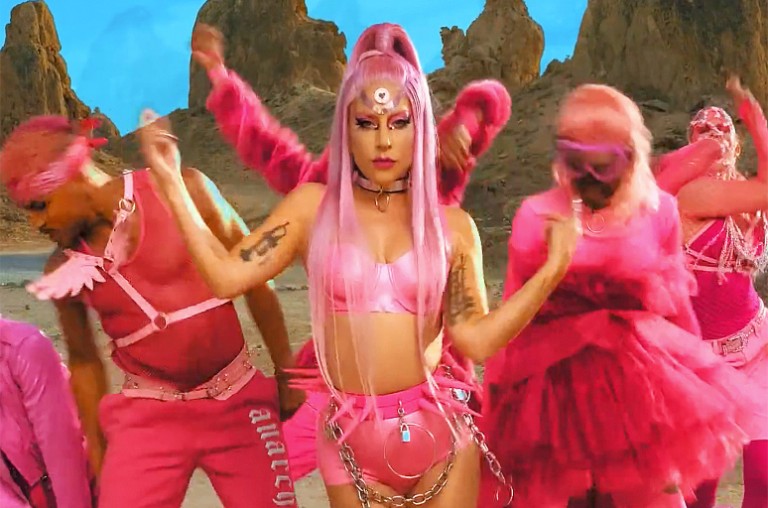 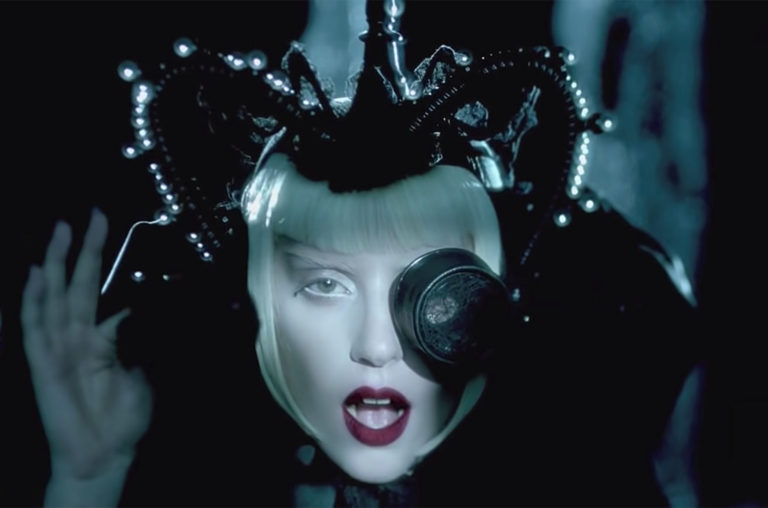 Courtesy Photo Lady Gaga, "Alejandro" Gaga carefully observes her male dancers in the 2010 "Alejandro" visual with a lace binocular headpiece by British designer Nasir Mazhar while also wearing a custom Alexander McQueen black cape for the ultimate power look. But she masks her powerlessness, as music video director Steven Klein describes the story being told as "the pain of living without your true love." 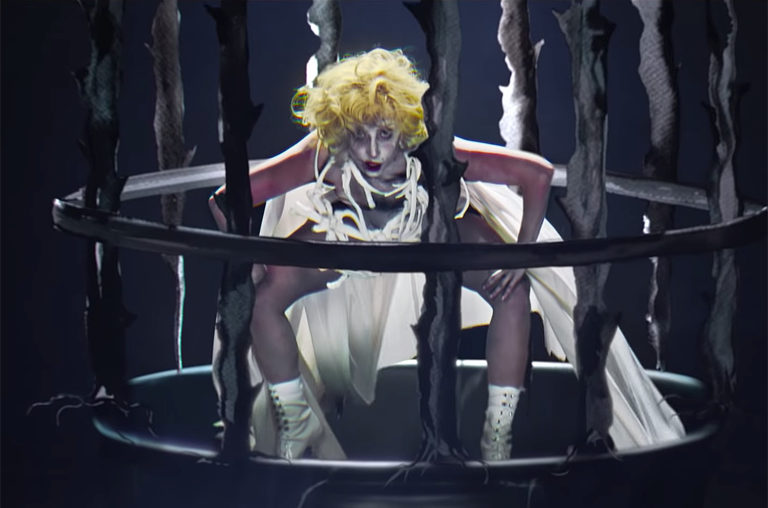 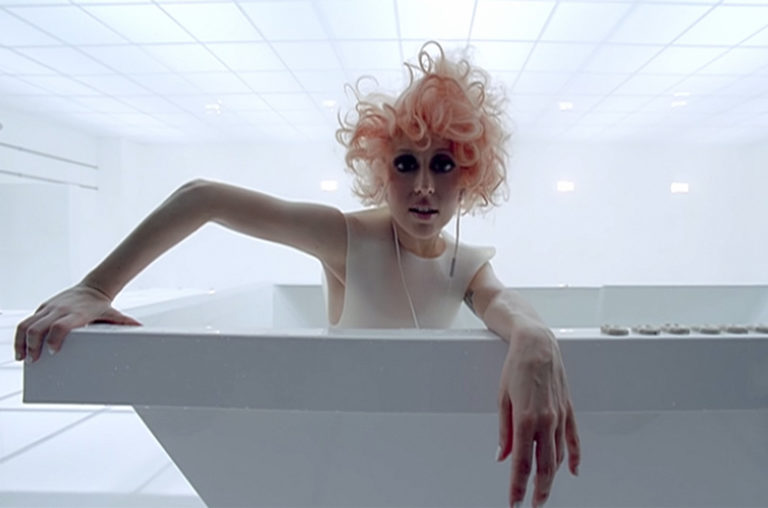 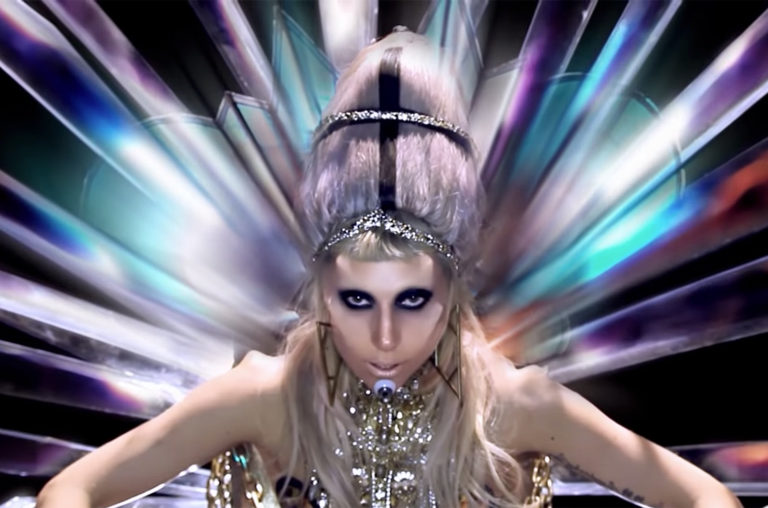 Courtesy Photo Lady Gaga, "Born This Way" Gaga's 2011 "Born This Way" video featured many odes to "Alejandro" from the year before, especially her McQueen-designed headdress (resembling a pope's mitre) and neck regalia. But her extraterrestrial Mother Monster alter ego defies humanity with her prosthetic cheekbones and augmented alien birth. 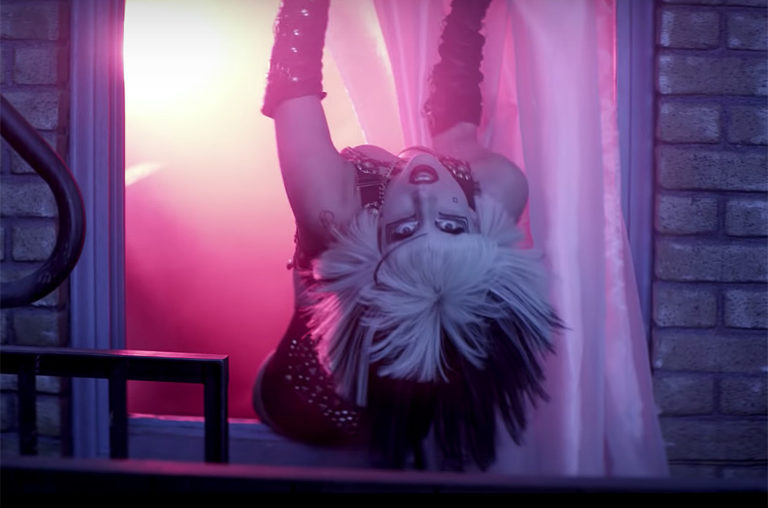 Courtesy Photo Lady Gaga, "Edge of Glory" Gaga continues being a tortured lover in the 2011 "Edge of Glory" accompanying visual, with a half-white, half-black colored bob to match her gold-studded vintage black Versace ensemble. At the time, Donatella Versace compared her to her brother Gianni for being "unafraid to push boundaries.... For me, this video represents a wonderful tribute to anyone who is unafraid to take chances." 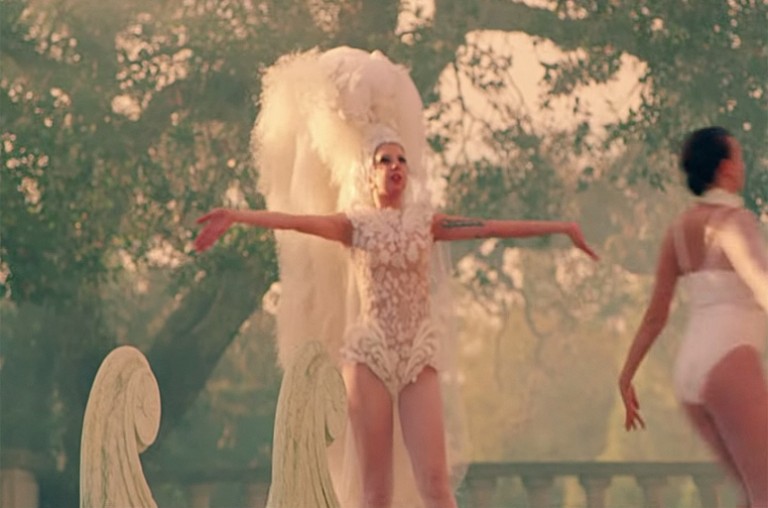 Courtesy Photo Lady Gaga, "G.U.Y." While Gaga gallivants around Hearst Castle for her 2014 "G.U.Y." music video, her first look stays true to Greek mythology as she plays a white Phoenix having risen from the ashes to signal the singer's rebirth for her ARTPOP era. 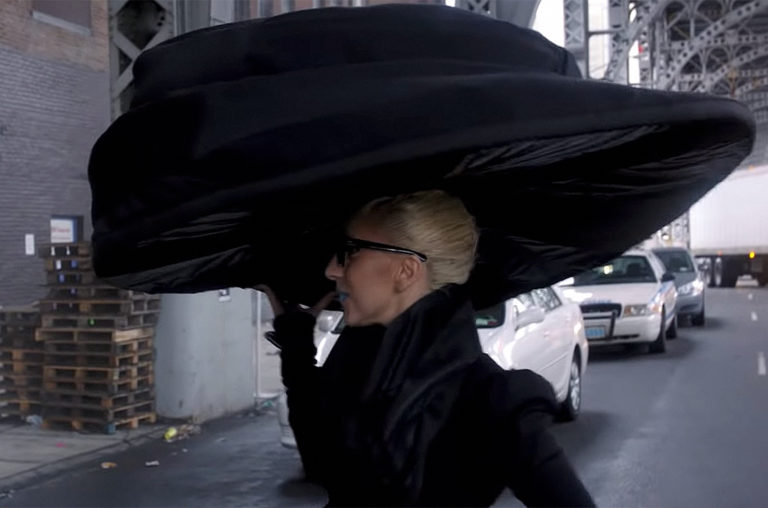 Courtesy Photo Lady Gaga, "Marry The Night" The pop star wears many hats throughout her decade-long career singer, dancer, fashionista but when it comes to the actual hats she wears, the grander, the more Gaga. And there's no exception to the rule in her 2011 "Marry the Night" video. 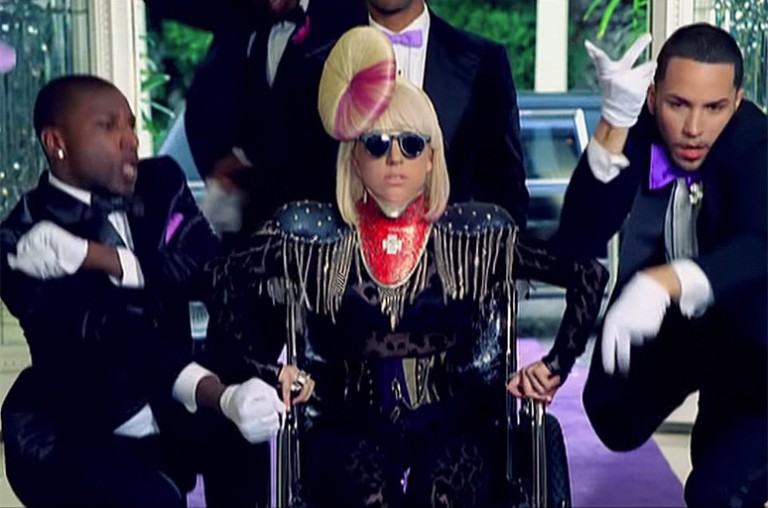 Courtesy Photo Lady Gaga, "Paparazzi" Gaga ditched her iconic hair bow and opted for a pink-streaked flat bun angled at the side of her head for her 2009 "Paparazzi" clip. 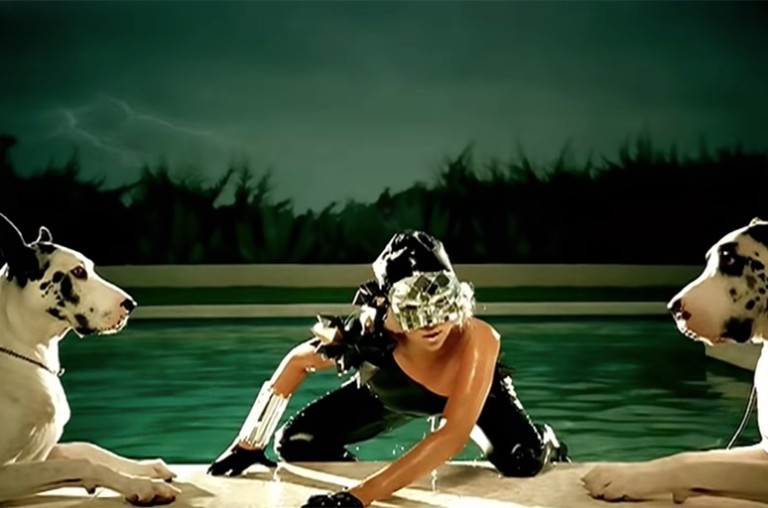 Courtesy Photo Lady Gaga, "Poker Face" Her "Poker Face" from 2009 shimmered as she emerged from a pool wearing an unconventional mirror mask and black latex swimsuit for the video's opening shot. 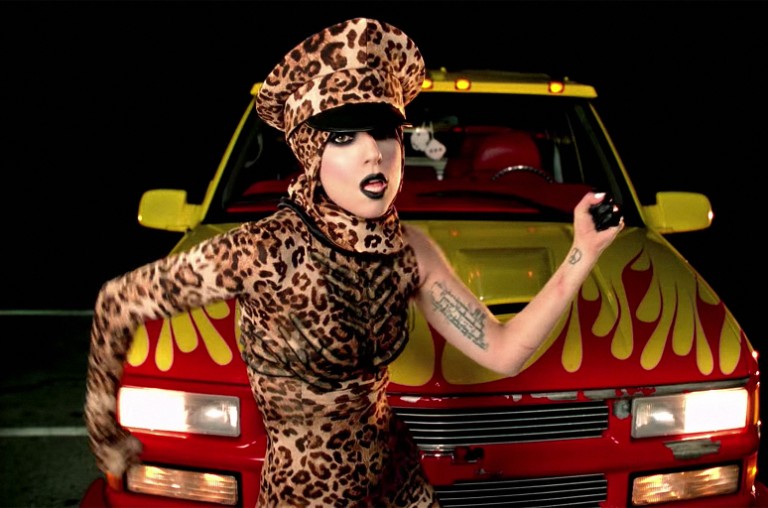 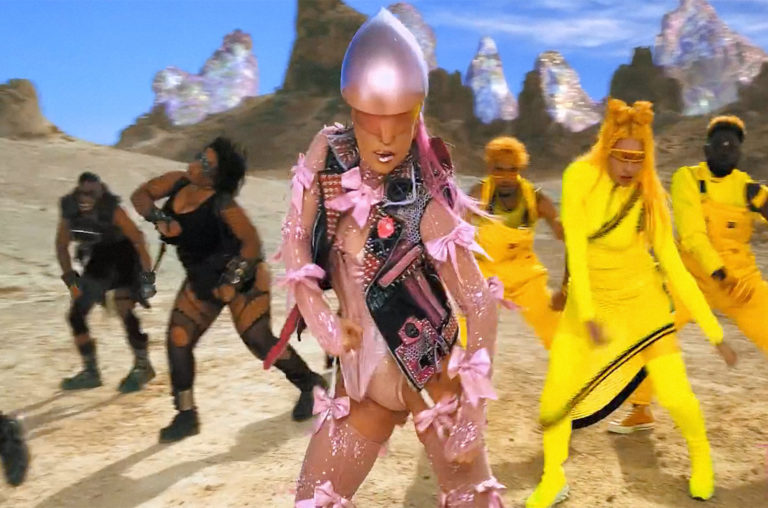