Katy Perry’s Best Quotes About Pregnancy and Starting a Family Ahead of 1st Child With Orlando Bloom. 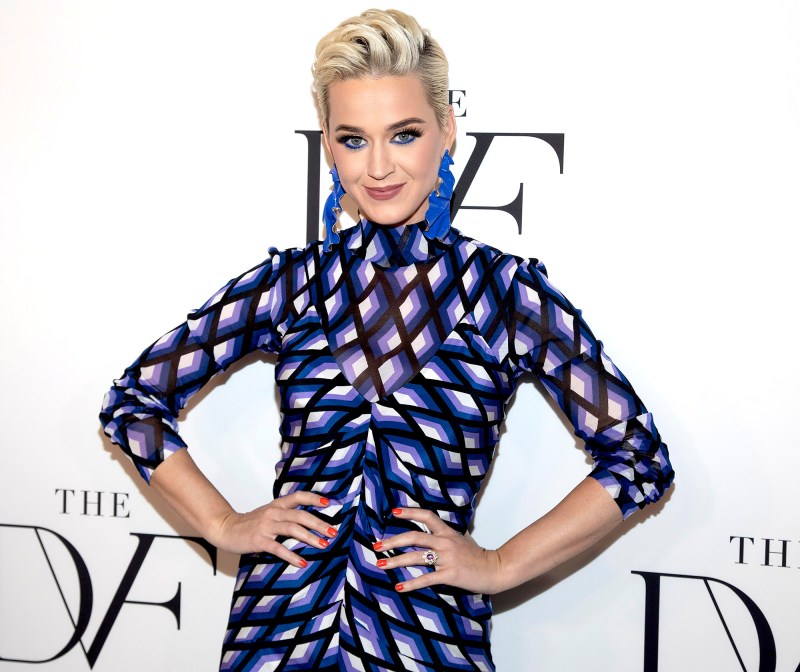 Magic Number "If it doesn't hurt the first time, I'll keep popping them out," the "Teenage Dream" songstress told DeGeneres in November 2011 of having children with Brand. Credit: Andy Kropa/Invision/AP/Shutterstock 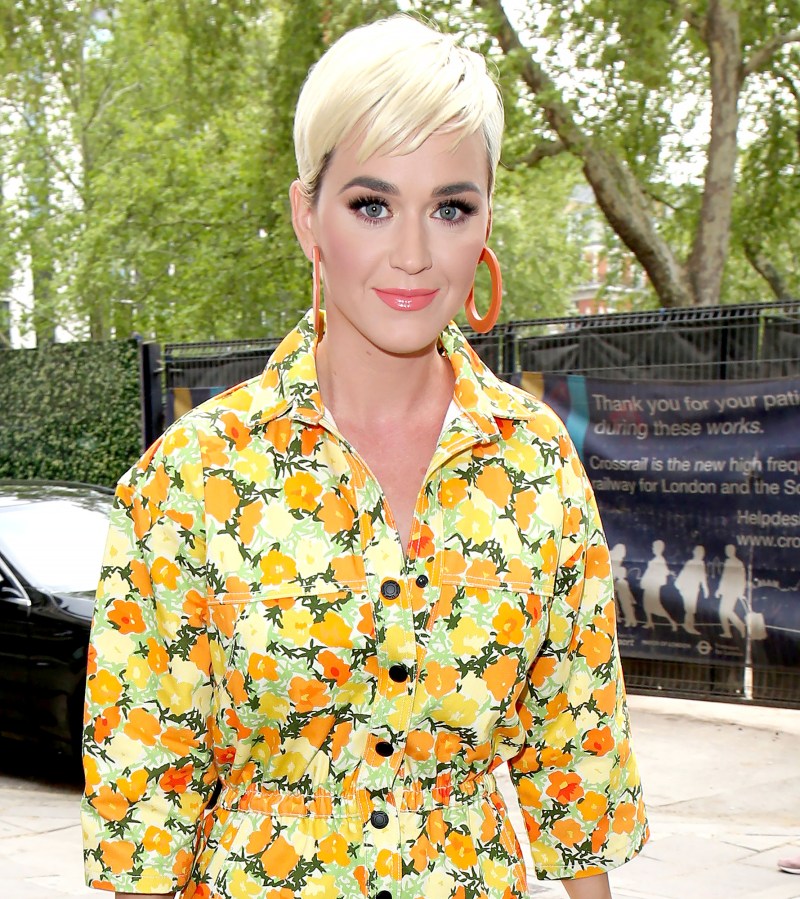 On Her Own In July 2014, she told Rolling Stone that she would become a mom with our without a man, explaining, "I don't need a dude. It's 2014! We are living in the future; we don't need anything. I don't think I'll have to, but we'll see. I'm not anti-men. I love men. But there is an option if someone doesn't present himself." Credit: Beretta/Sims/Shutterstock 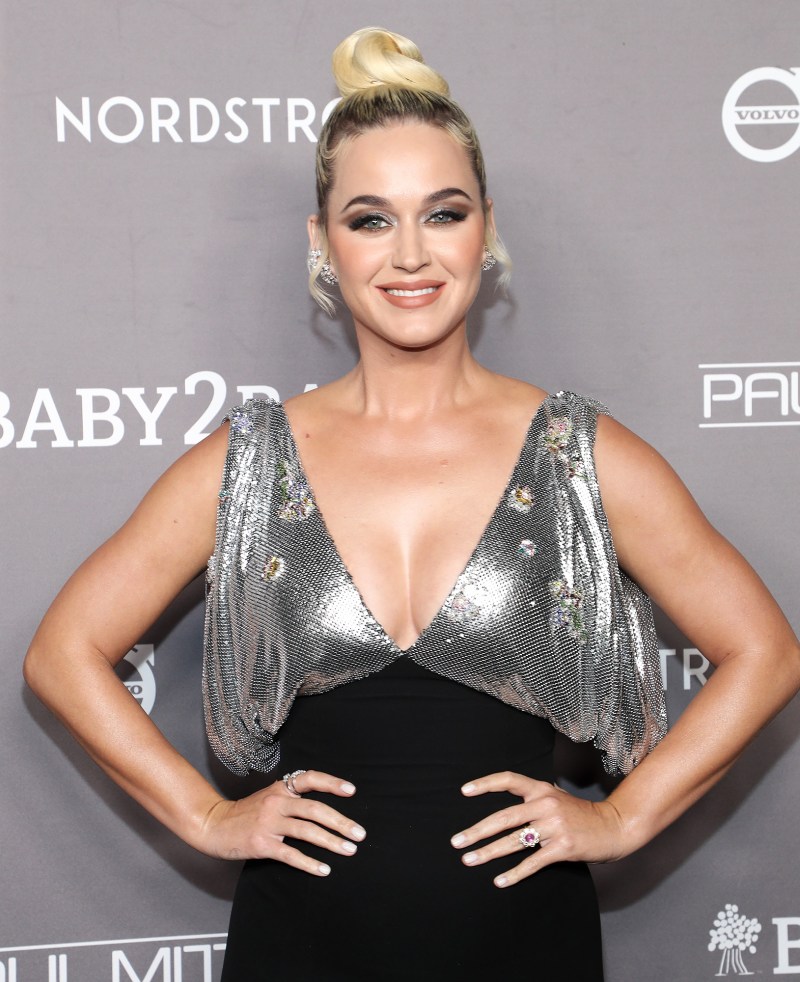 Family First Perry told Us Weekly in October 2016 that children were "becoming a big focus" for her. "I don’t even have one, but I see it in my sister’s kids and just how much nurturing and love they need," she said at the time. Credit: John Salangsang/WWD/Shutterstock 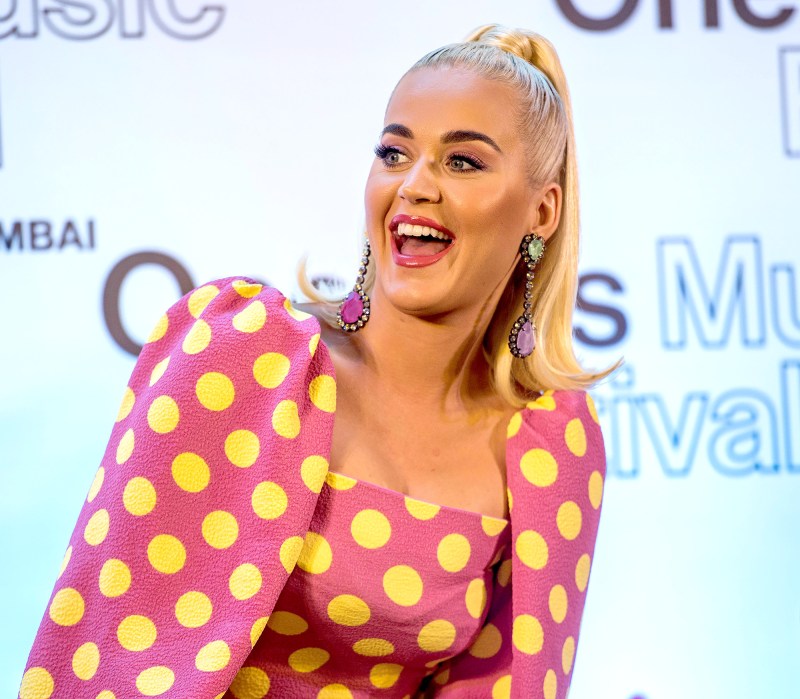 Food Baby In April 2019, the California native joked that she was "pregnant of Taco Bell" and planned to announce on the Mother's Day episode of American Idol. Credit: Aalok Soni/Hindustan Times/Shutterstock 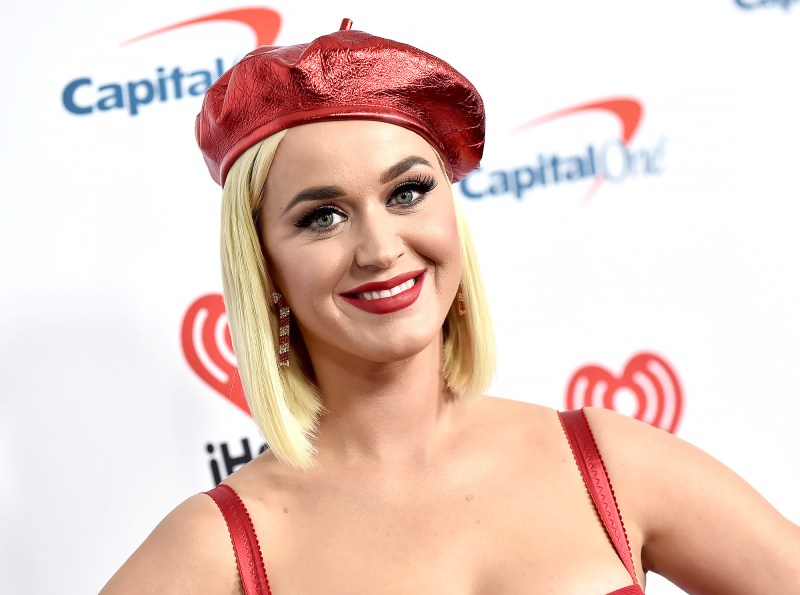 Growing Up Flynn has "matured" Perry, she told DeGeneres in September 2019, explaining, "I used to not wake up until 11 a.m. and now I’m in bed like a normal person at 10 p.m., just, like, falling asleep. ... I guess this is adulting." Credit: AFF-USA/Shutterstock 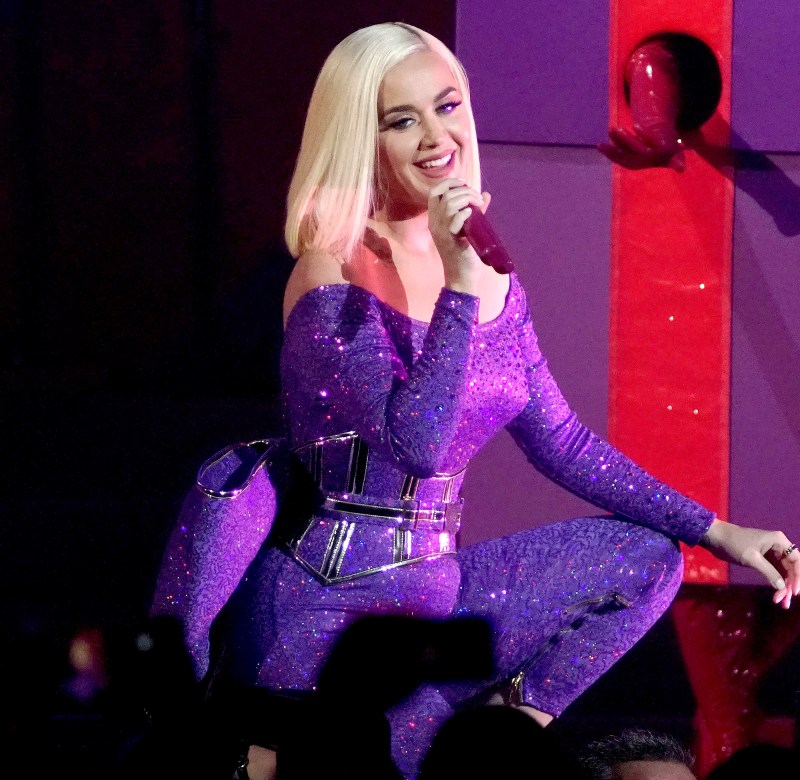 Hitting the Books In February 2020, the "Teenage Dream" songstress told Us that judging the ABC show has given her "an [parenting] education." She added, "Especially when Lionel turns from being lovable Lionel to, like, lay it down, Lionel! So I’m getting a real education, yes.” Credit: Rob Grabowski/Invision/AP/Shutterstock 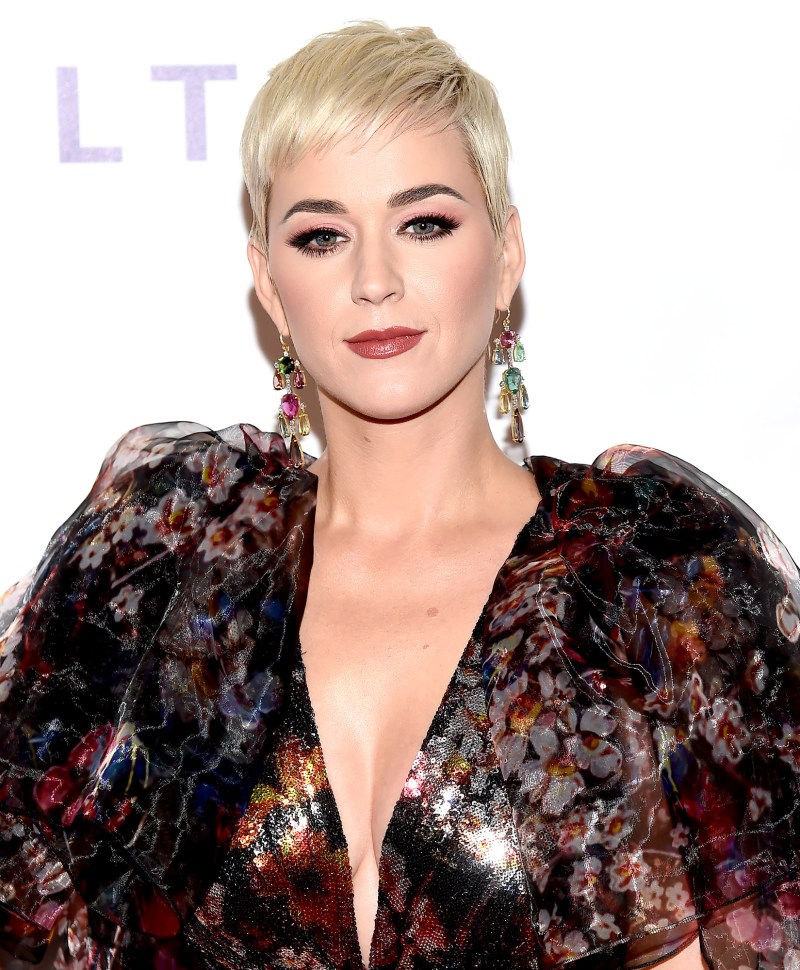 Looking Ahead "I am excited,” Perry said in a March 2020 Instagram Live following her baby bump debut. “We’re excited and happy. It’s probably the longest secret I’ve ever had to keep. I like to tell you guys everything, but I knew I would tell you in the best way, which was through a piece of music because that’s how I speak to you. That’s how we speak together with each other.” Credit: Michael Buckner/Variety/Shutterstock 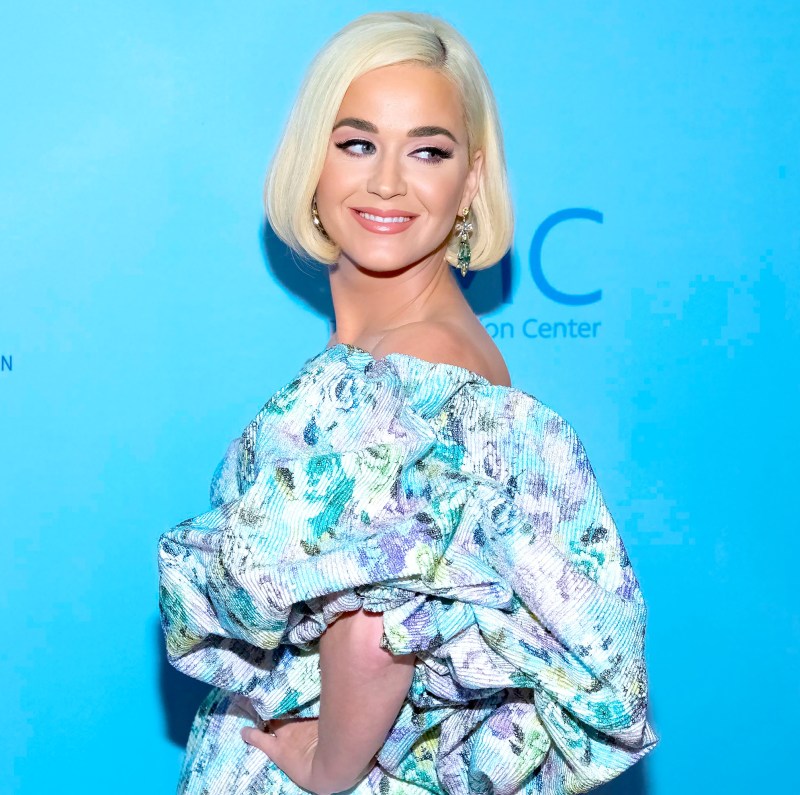 Cue the Cravings She went on to say that she was grossed out by red meat, but had "been eating the same burrito for weeks on end" and carrying around Tabasco sauce. Credit: Brent N Clarke/Invision/AP/Shutterstock 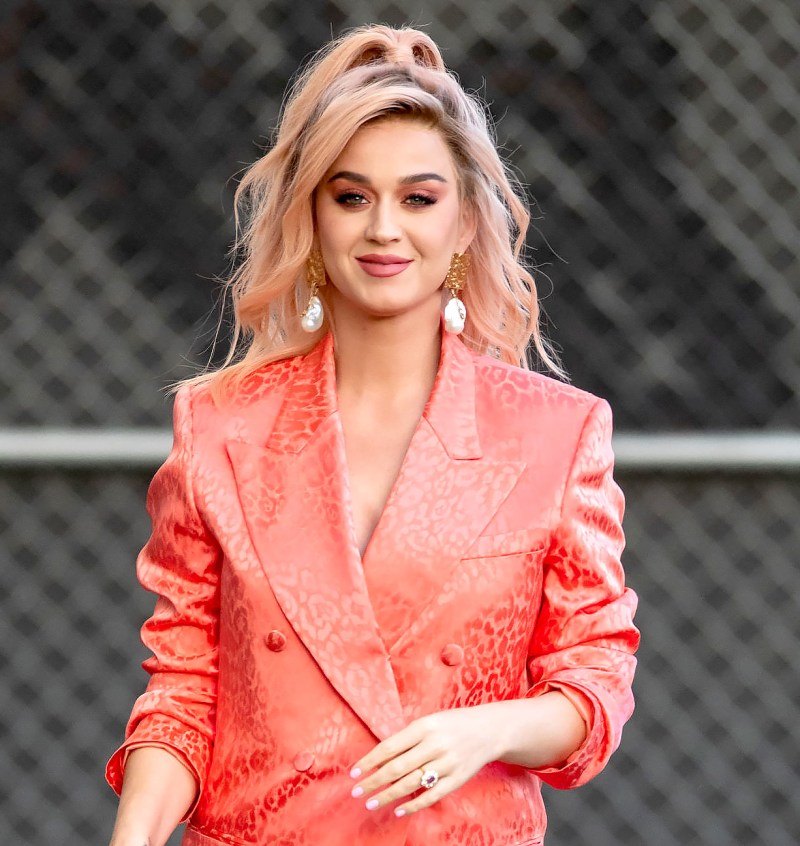 So Secret Perry tweeted at the time: "Omg so glad I don’t have to suck it in anymore. Or carry around a big purse lol." Credit: Shutterstock 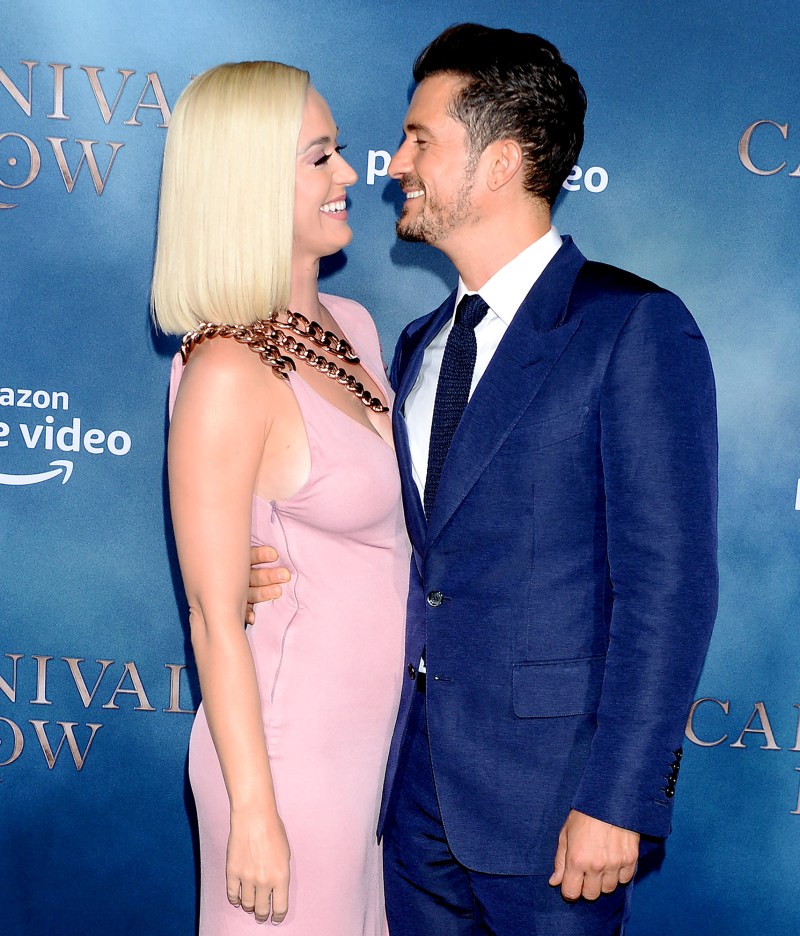 Conception “It wasn’t an accident,” Perry told SiriusXM’s Mikey Piff of her pregnancy in March 2020. “We were both looking forward to this new interval of life and sharing this.” Credit: Broadimage/Shutterstock 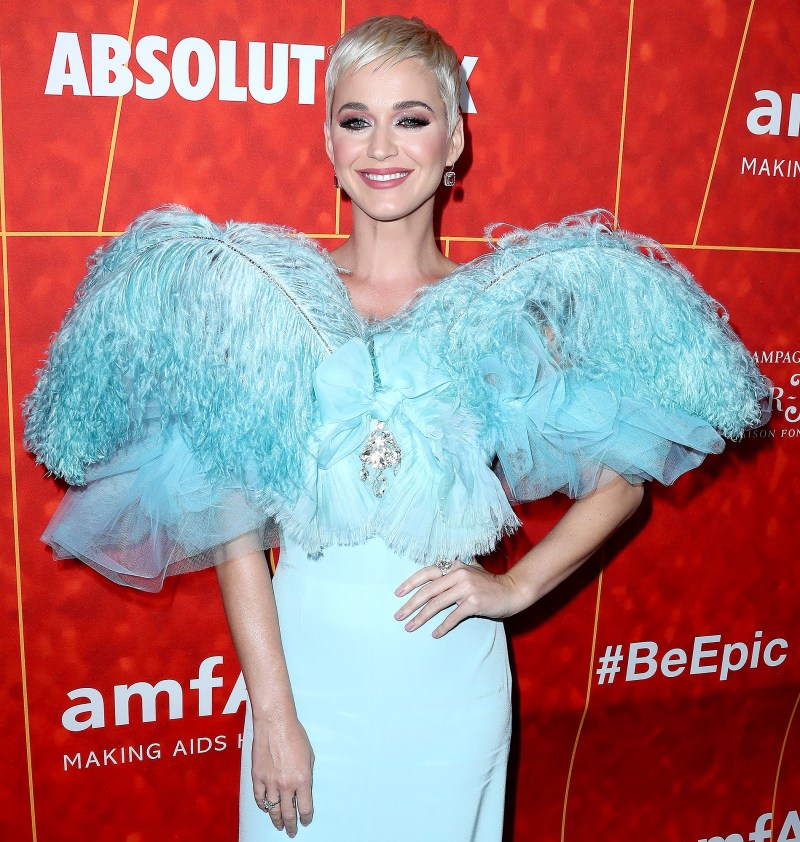 Best of Both Worlds She added, “I’m joining the force of working moms out there and that is a very strong force. I love what I do and it doesn’t feel like work and it brings me so much joy. I just want to continue that state of joy.” Credit: Scott Kirkland/Shutterstock 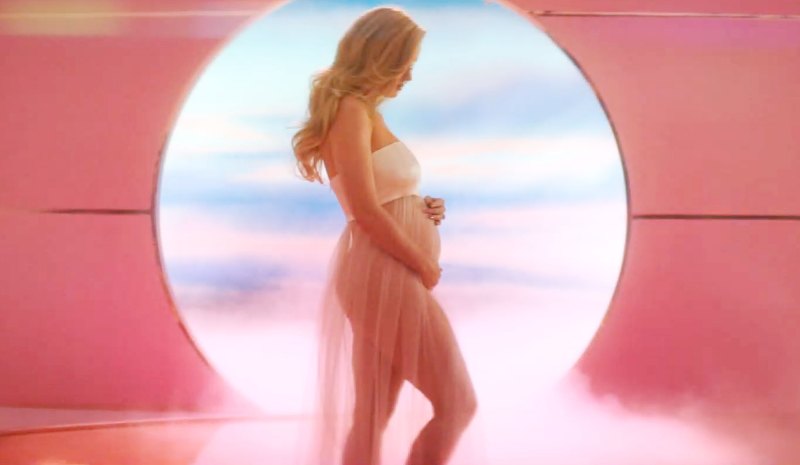 Shows of Support “Love u guys so much,” Perry tweeted the day after her pregnancy announcement. “Was a bit nervous about sharing something so personal like the song n the bump [and I have] never gotten this much love n support, it’s overwhelmingly lovely. Thank u. #NeverWornWhite #babycat.” Credit: YouTube 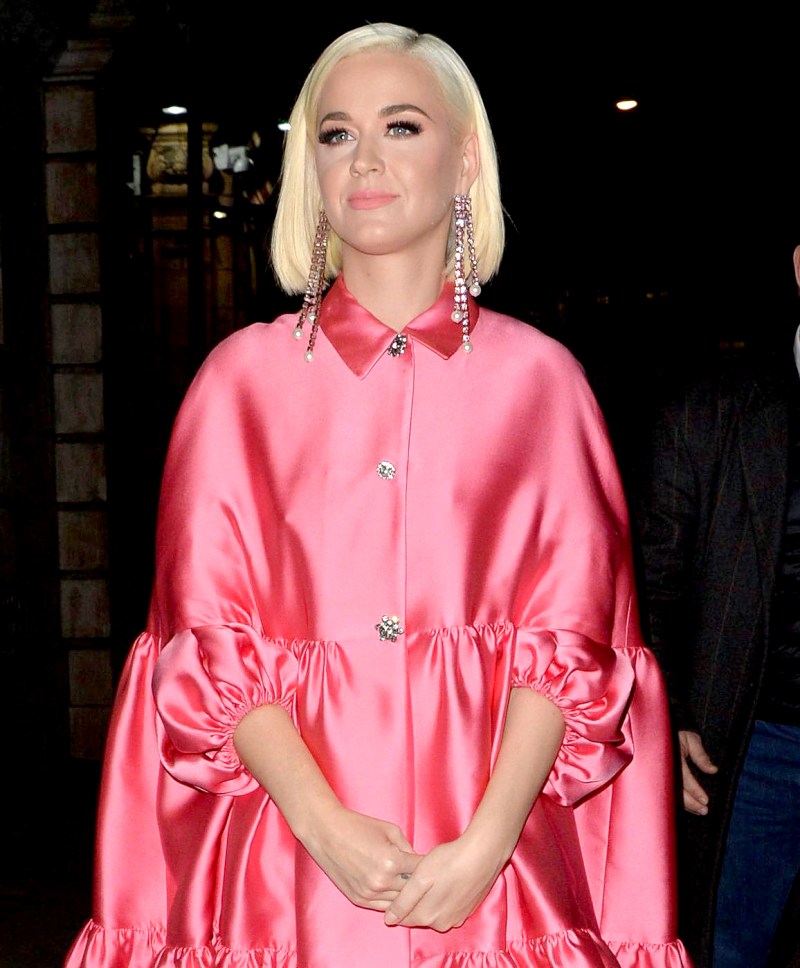 Perfect Timing “I wasn’t ready a couple years ago and I did the work to get ready, so now I see a baby and it’s just time for me,” the Grammy nominee said during a Fifi, Fev & Byron appearance in March. “It’s the right time.” Credit: Palace Lee/Shutterstock 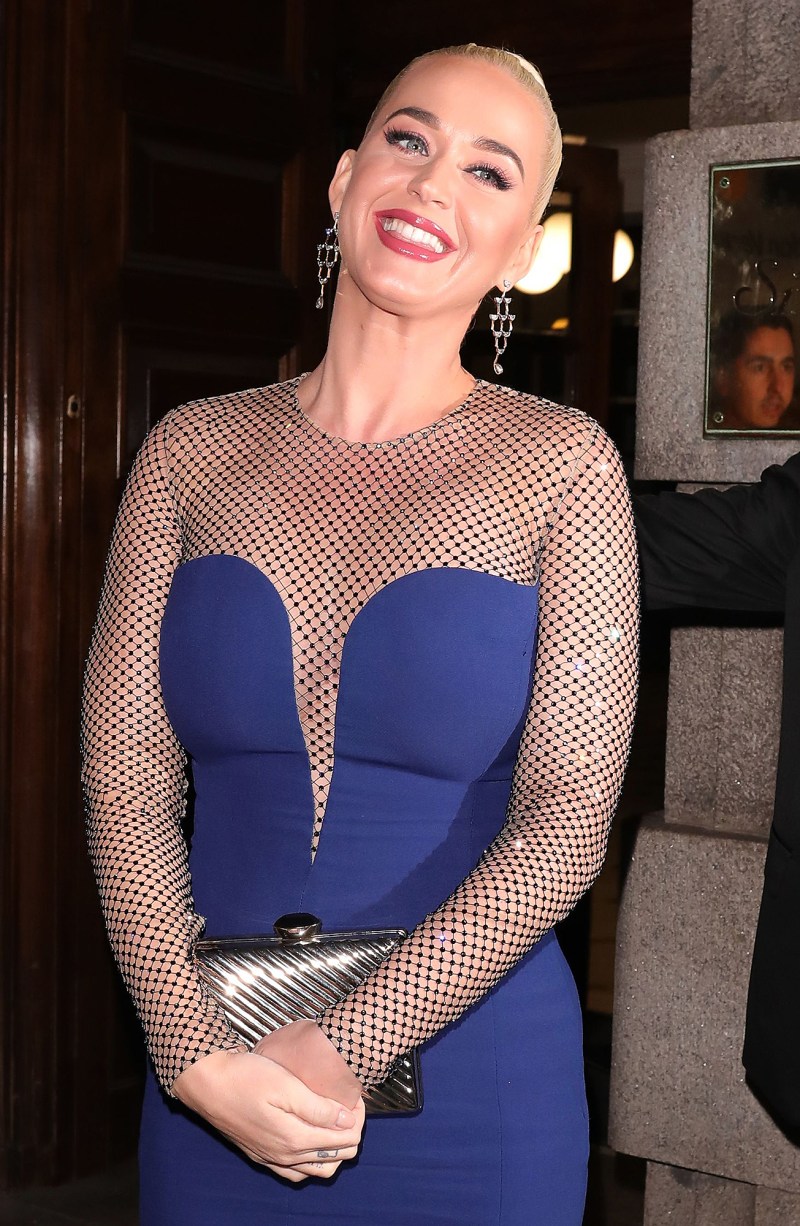 Dress Up She went on to say at the time: “I’m that girl that had the box [of] baby clothes before there was even a thought or even an Orlando Bloom. I’m excited about that.” Credit: Mark R Milan/Shutterstock 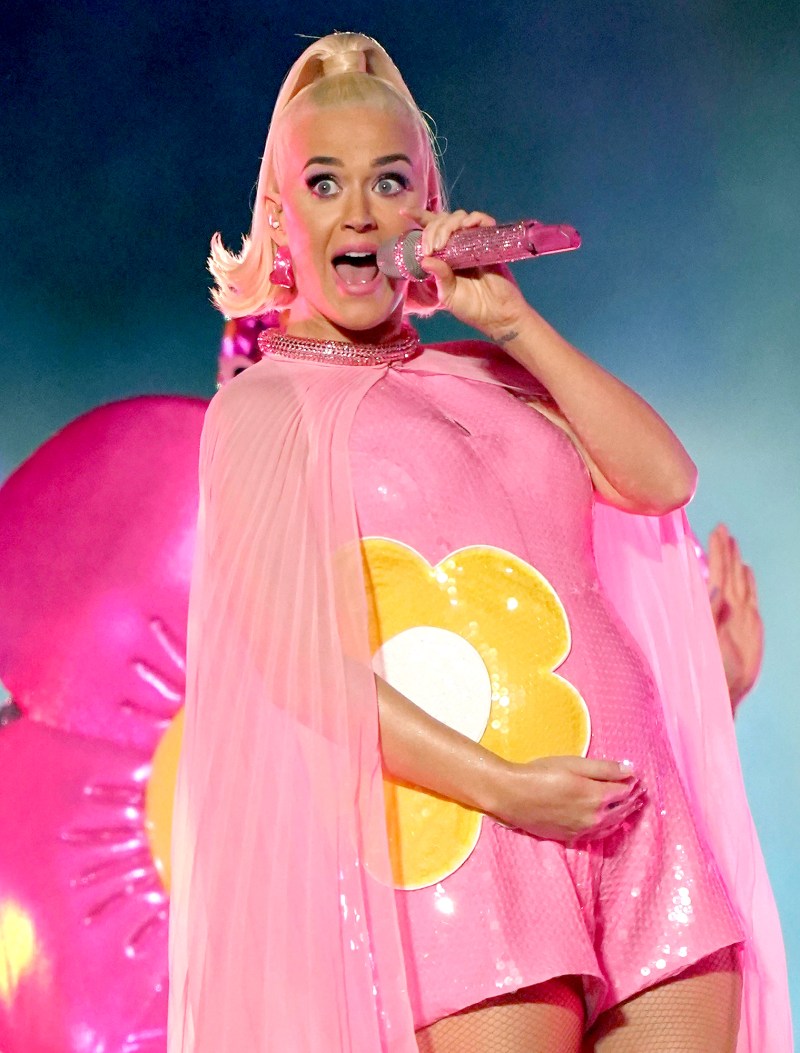 Fair Warning Perry joked in March that she is “terrified” to become a mom, telling her fellow American Idol judges: “I’m definitely going to get fat, so look forward to that.” Credit: SCOTT BARBOUR/EPA-EFE/Shutterstock 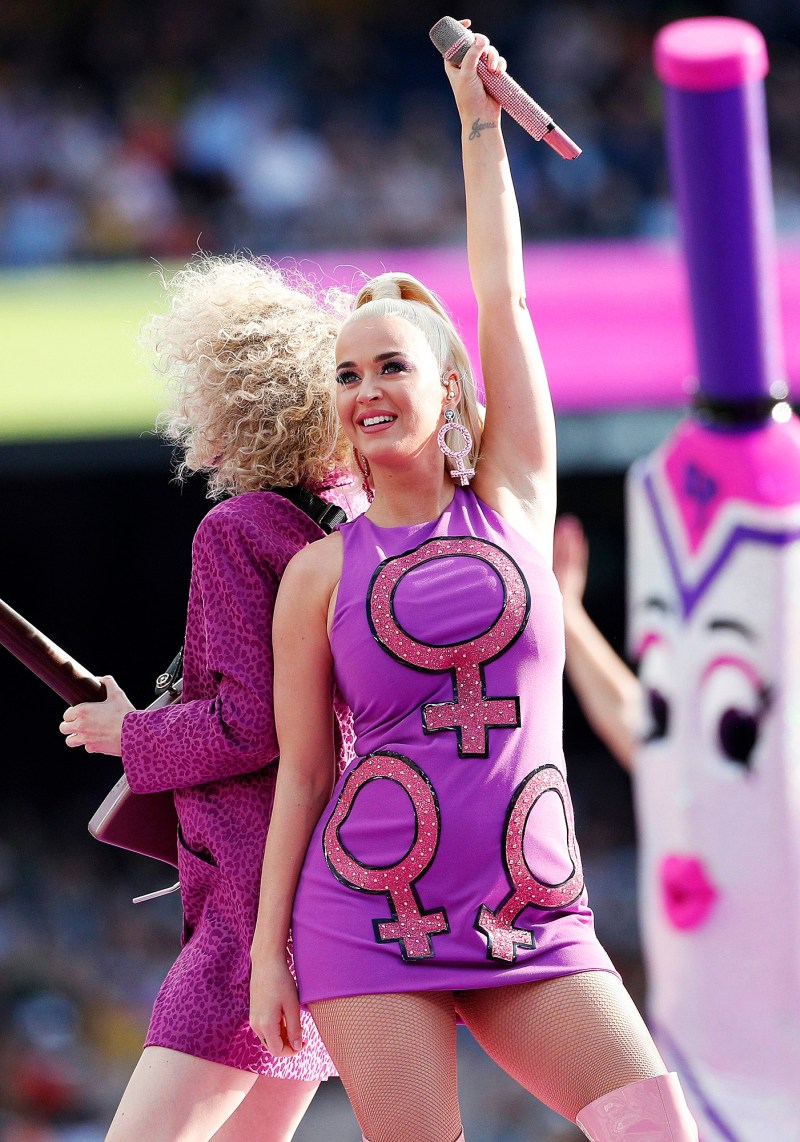 Preference The singer said she hopes “it’s a girl” during a March concert. Credit: Asanka Ratnayake/AP/Shutterstock 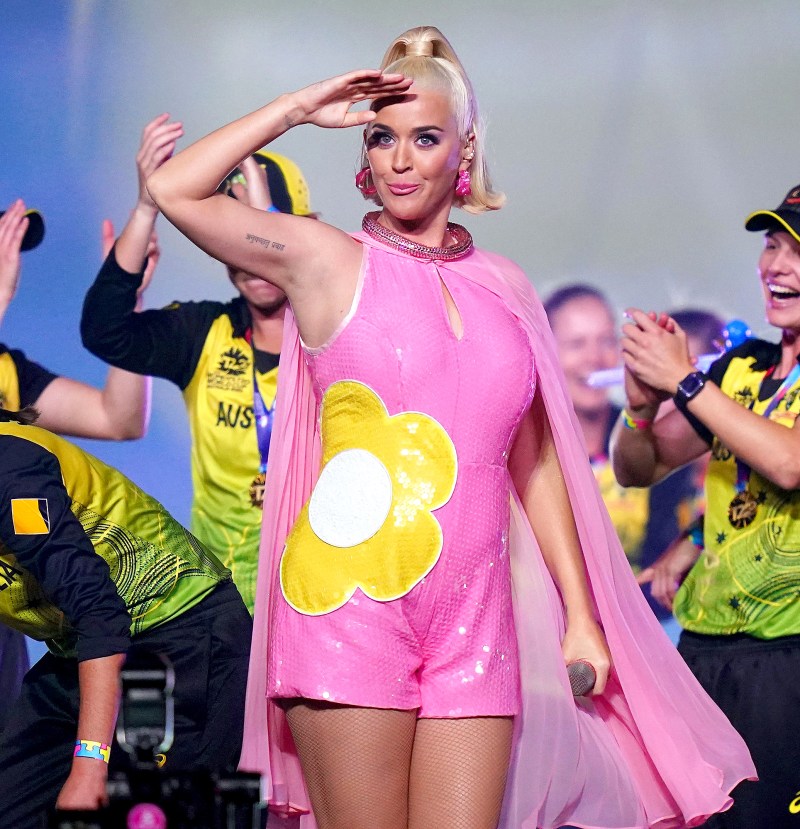 Honesty Hour Perry has “been better,” she told a fan in Melbourne in March. Credit: SCOTT BARBOUR/EPA-EFE/Shutterstock 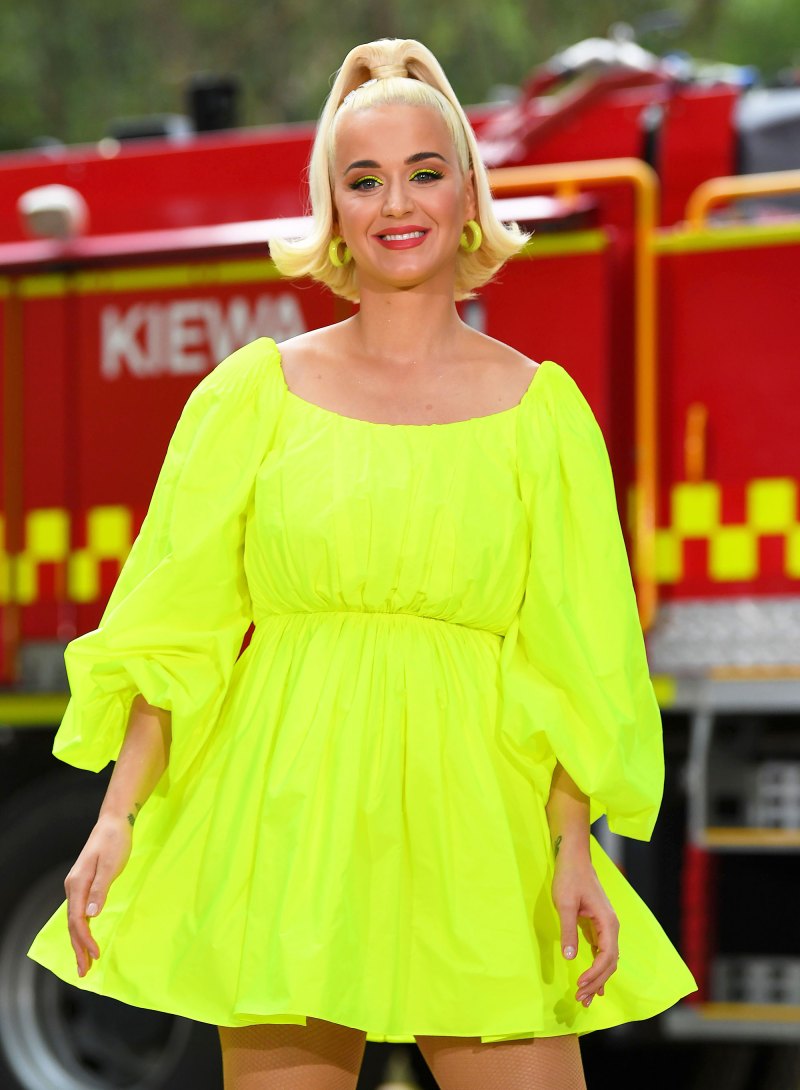 Prediction “I’m going to need anesthesia when I have kids," Perry said during a March 2020 episode of American Idol after Luke Bryan removed a splinter from her finger. "That was really, really small." Credit: JAMES ROSS/EPA-EFE/Shutterstock 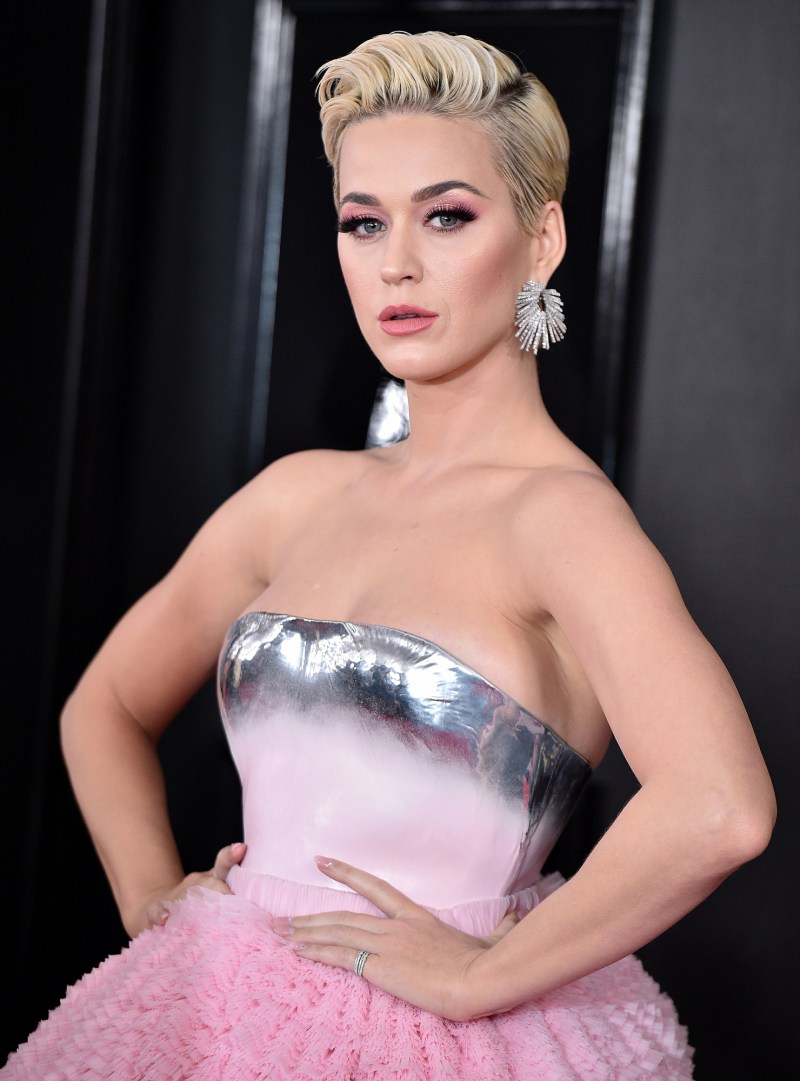 Baby Bump "It’s not Taco Bell this time," the singer said in March 2020 behind-the-scenes footage. of her "Never Worn White" music video. "It’s a human being. It’s been a long journey being a quirky, crazy kid on Warped Tour to maybe adulting." Credit: Hahn Lionel/ABACA/INSTAR 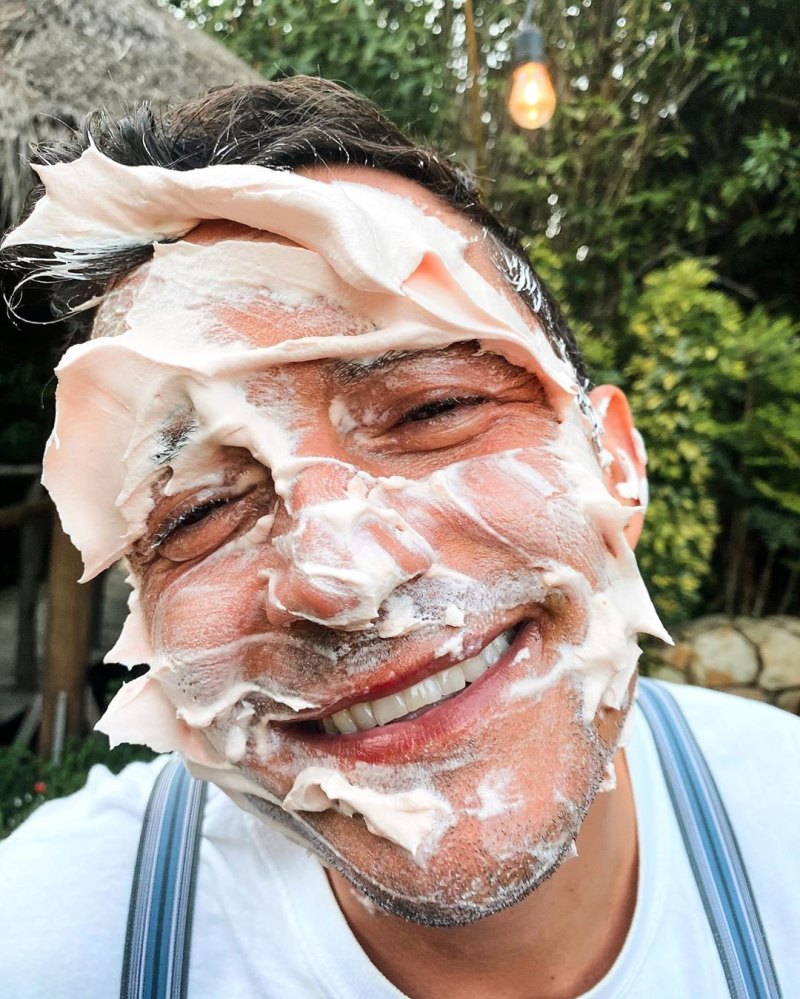 In the Icing "It's a girl," Perry captioned an April 2020 photo of her fiancé's face covered in pink frosting. Credit: Courtesy of Katy Perry/Instagram 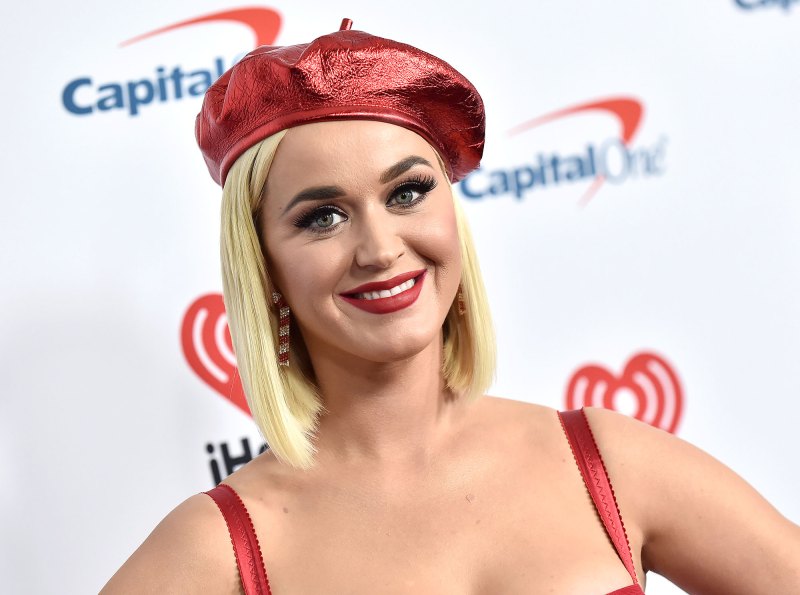