To see this working, head to your live site.
Search
Gabriel Klue
Feb 04, 2020

Thank u, next. Ariana Grande is no stranger to relationships and breakups. Whether it was falling head over heels for Mac Miller or being briefly engaged to Saturday Night Live star Pete Davidson, Grande has opened up her heart to love and loss.Scroll through the photos to relive her dating history! 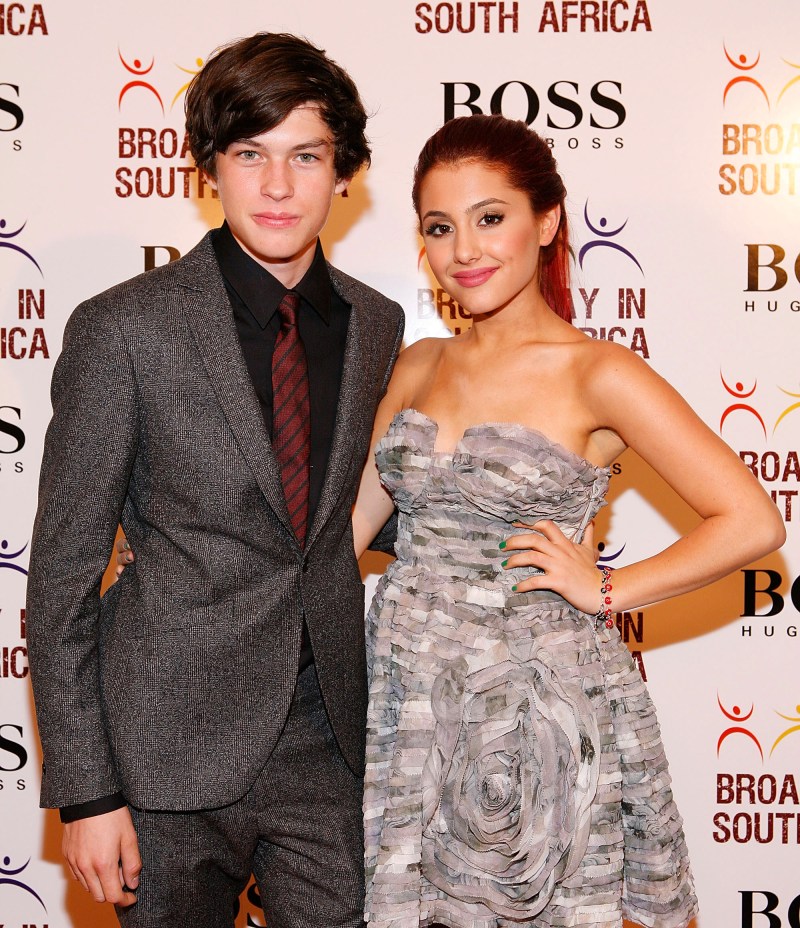 Graham Phillips The Good Wife alum met Grande 15 at the time while they were both starring on Broadway in 13: The Musical. The pair, who wrote a song called “Stick Around,” dated between 2008 to 2011. Despite going their separate ways, the former flames reunited in July 2016 for a dinner with friends from 13. 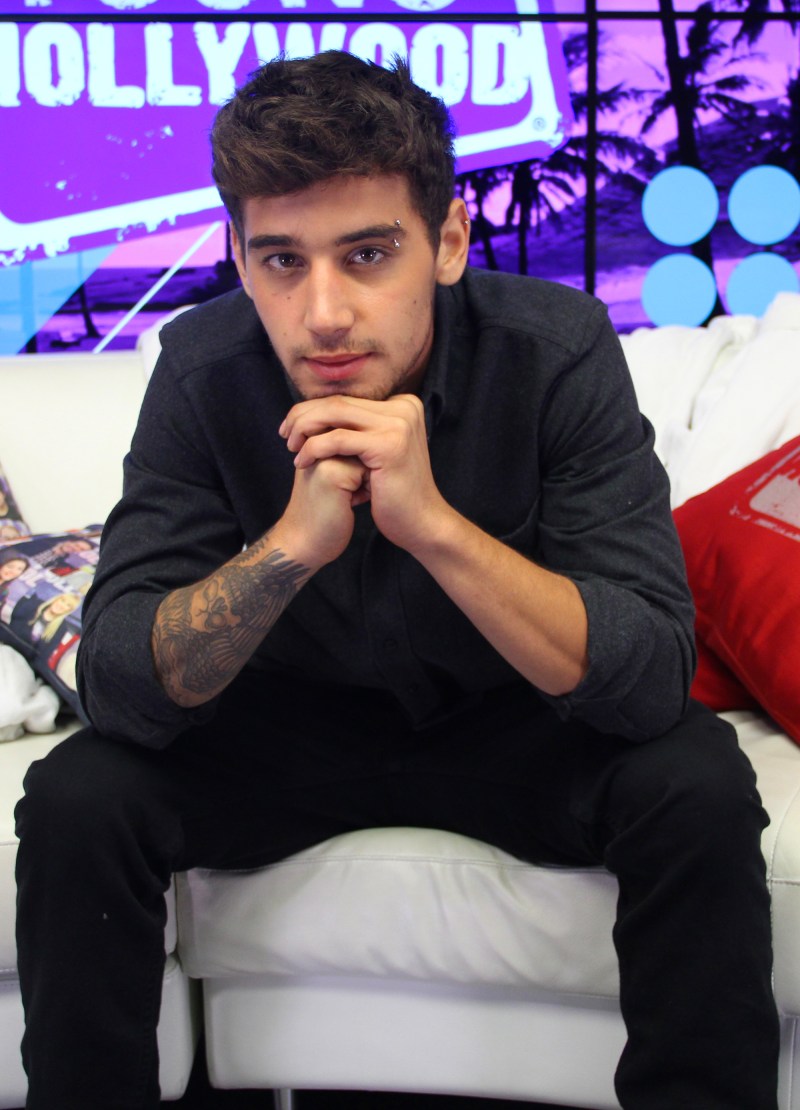 Jai Brooks Grande and the The Janoskians star began dating in August 2012 but split in October 2013, with Brooks taking to Twitter to accuse the Disney alum of cheating on him with Nathan Sykes. “Yes I was cheated on. Yes it does suck," he wrote in a lengthy rant. "Yes I was left for another man.” The "Bang Bang" singer responded to those claims by accusing him of threatening her with retaliation if she chose to not be with him. “Woke up this morning in complete and utter shock …I guess I shouldn't be so surprised. You said to me if I didn't come back to you, you'd make me look bad to the entire world,” she responded on Twitter. “I’m no longer afraid of you or your lies anymore.” Despite their feud, the pair got back together briefly in May 2014 only to break up for good in August. 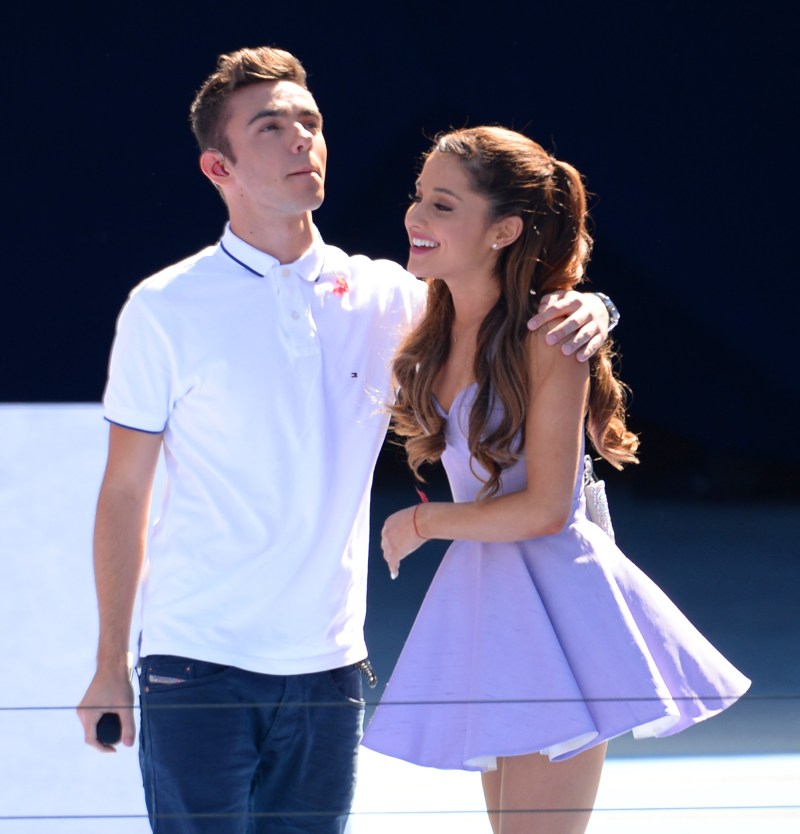 Nathan Sykes Us Weekly exclusively revealed that The Wanted singer and Grande began dating in August 2013 after they released “Almost Is Never Enough” from the soundtrack of The Mortal Instruments: City of Bones. Their relationship was short-lived, however, with the pair breaking up in December of that year. A source told Us at the time that the reason behind their split was because the two “hardly ever saw each other” while another noted, “They just weren’t into it anymore." However, three years later, they got together once again to team up on a new version of his song “Over and Over Again. 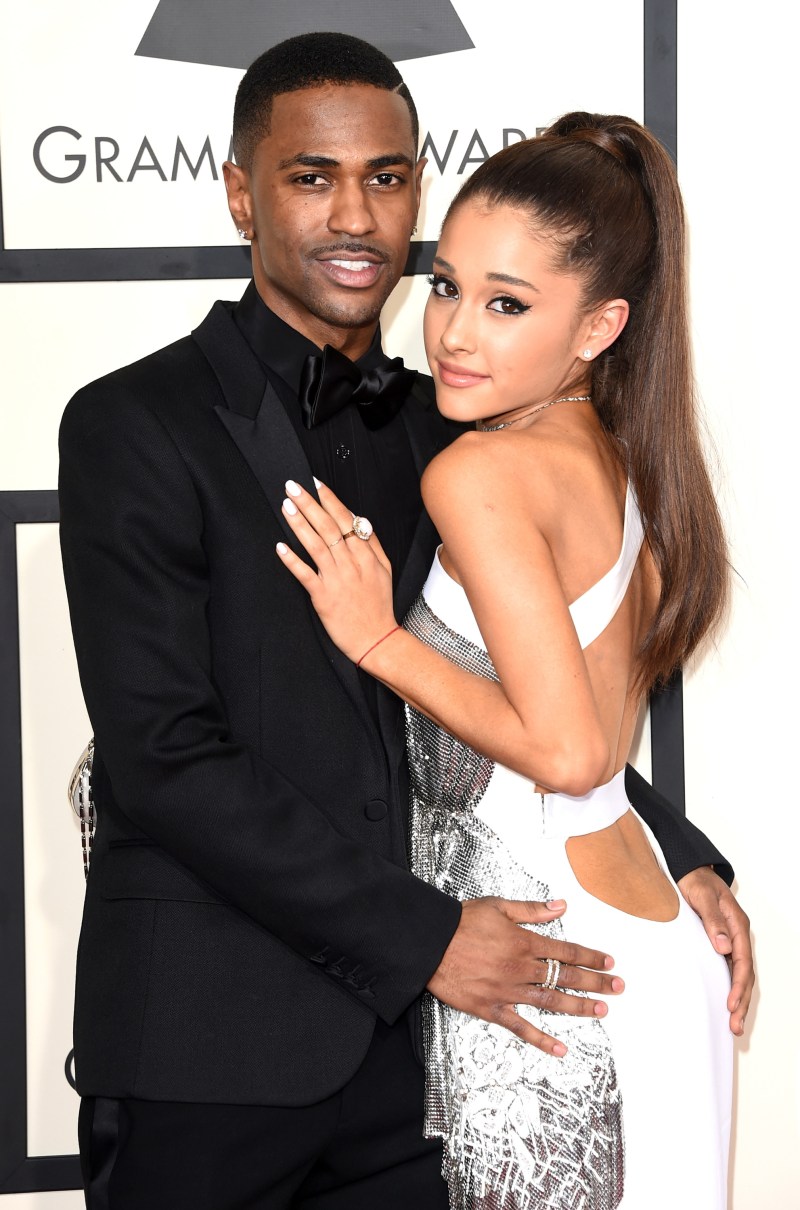 Big Sean Following months of speculation, the “Side by Side” singer confirmed she was dating Big Sean in October 2014, calling him “one of the most amazing men in the whole word.” “It's gotten serious very fast," a source told Us at the time. "They are much happier than in their previous relationships." Meanwhile, Glee star Naya Rivera, who was engaged to the “I Don’t F—k With You” rapper before they split up in April 2014, later alleged in her book, Sorry Not Sorry, that she found Grande at his home while she and Big Sean were still dating. Despite their romance, Grande and the “Bounce Back” rapper ended their relationship eight months later in April 2015. The Sam & Cat alum later mentioned Big Sean in  "Thank U, Next,"  a single Grande released in November 2018 where she showed gratitude for her previous exes: "Thought I'd end up with Sean / But he wasn't a match." 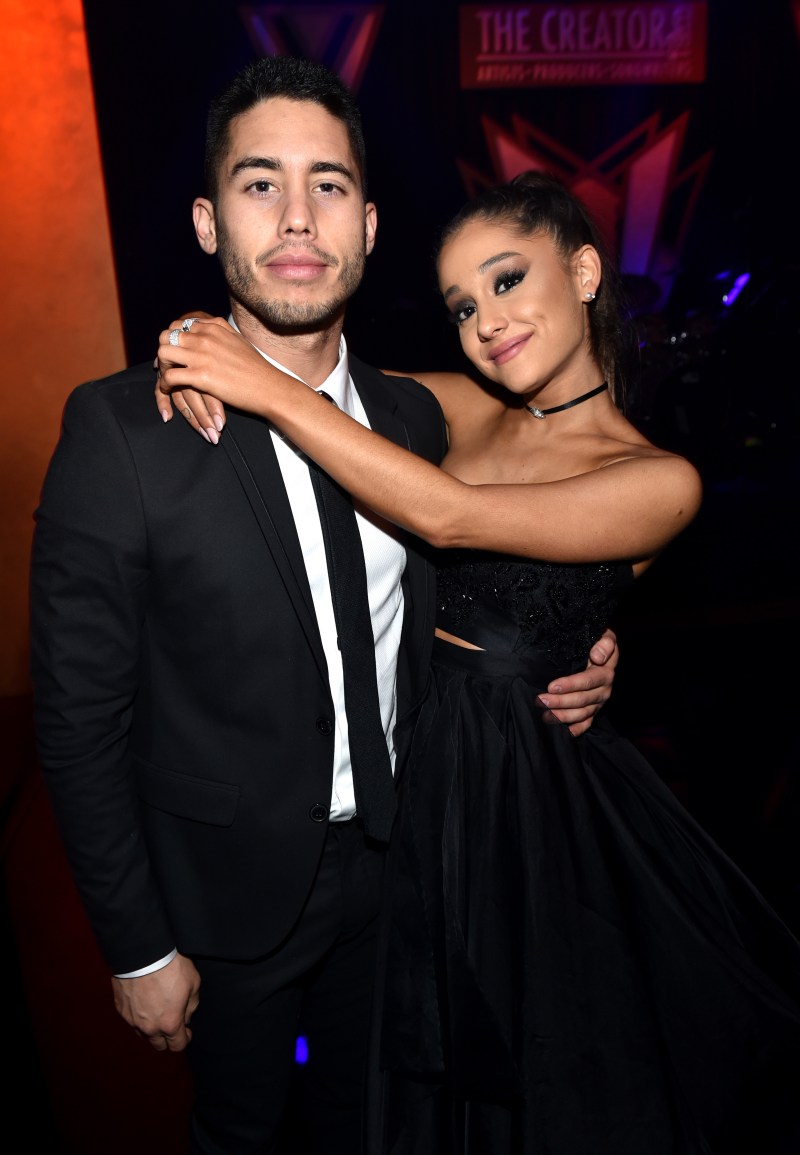 Ricky Alvarez The backup dancer and Grande were first linked in the summer of 2015 following her split from Big Sean. The pair were also together when the “Love Me Harder” songstress made headlines in July of that year after she was caught on surveillance footage licking a donut in a store and saying she “hates Americans” and “hates America.” Although Grande told Billboard magazine in May 2016, “I’m a very happy girl,” the pair split two months later. However, they seemingly remain on good terms. Following the release of "Thank U, Next," Alvarez posted a clip of himself listening to the song and Grande jokingly responded, "I'M SORRY U GOT THE WORST LINE ... IT WAS MEANT V LOVINGLY," referencing her lyrics, “Wrote some songs about Ricky / Now I listen and laugh.”Credit: John Shearer/Getty Images 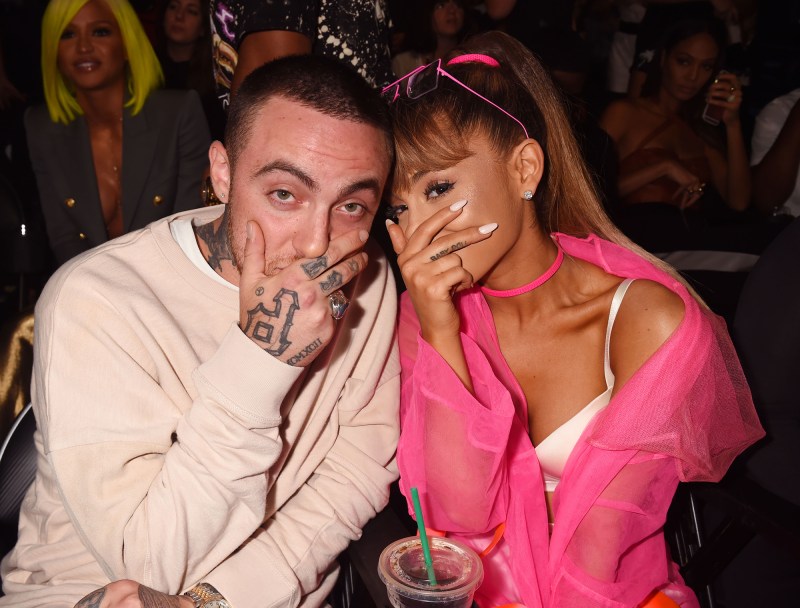 Mac Miller The “Breathin’” singer and the “Dang!” rapper who met after they collaborated on “The Way” dated from 2016 to 2018. Us Weekly confirmed in May 2018 that the to him on Instagram: “I adored you from the day i met you when i was nineteen and i always will.” Grande also paid tribute to her ex in her song, “Thank U, Next,” singing, “Wish I could say, ‘Thank You’ to Malcom / ‘Cause he was an angel.” 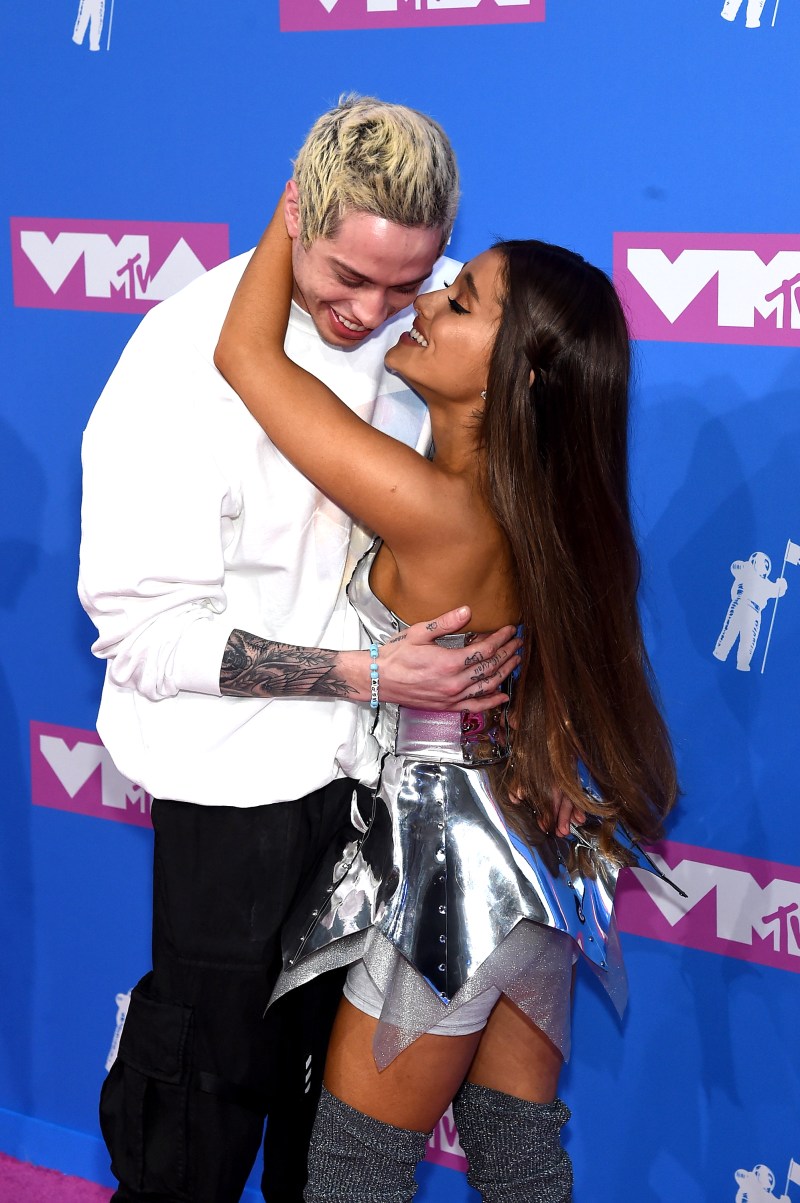 Pete Davidson The Saturday Night Live star and Grande embarked on a whirlwind romance in 2018 following their respective splits from Cazzie David and Miller. Davidson announced on Instagram in May 2018 that they were dating, sharing a photo of the couple posing in Harry Potter outfits, which he captioned, “The chamber of secrets has been opened.” Us Weekly exclusively revealed that the comedian and Grande had gotten engaged a month later, with Davidson proposing with a $93,000 diamond ring. He later told Jimmy Fallon of their plans to wed, “I feel like I won a contest, so sick. It’s f—king lit.” The pair spent the summer flaunting their romance, which included adopting a pig and moving in together in a luxury condo in New York City’s Chelsea neighborhood. However, Us Weekly confirmed in October 2018 that they had broken up, with a source telling Us at the time, “They realized it happened too quick and too early.” Davidson spoke out about their split during Saturday Night Live’s "Weekend Update" segment on November 3. “I know some of you are curious about the breakup, but the truth is, it’s nobody’s business, and sometimes things just don’t work out, and that’s OK,” he told viewers. “She’s a wonderful, strong person, and I genuinely wish her all the happiness in the world.” Grande, for her part, sang that she was "so thankful" for Davidson in "Thank U, 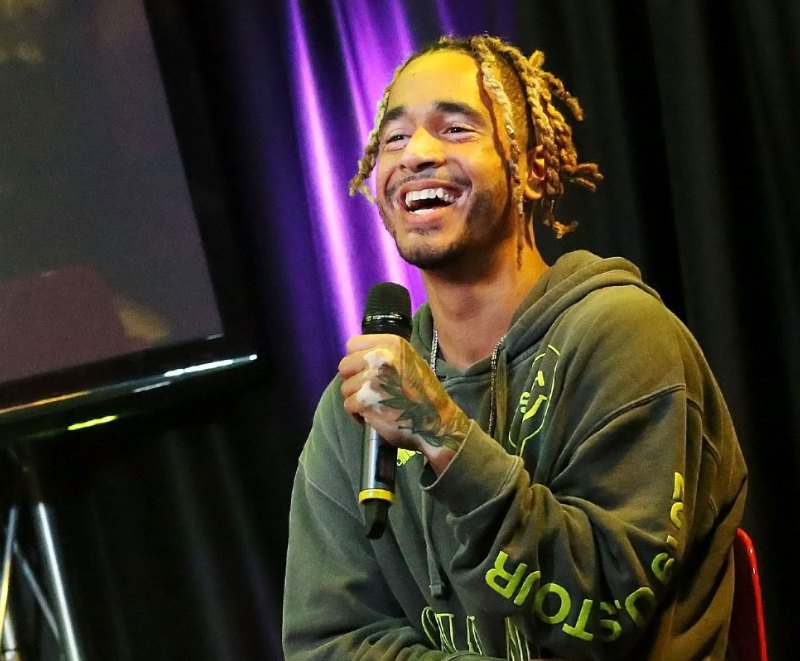 Mikey Foster Grande and the Social House member, who opened her Sweetener world tour, caught the attention of fans in early August 2019 when they made out in their collaborative “Boyfriend” music video. Shortly after, they spent two consecutive nights hanging out with friends at Siena Tavern in Chicago. “Ariana and Mikey were holding hands at one point while they were there,” a source told Us exclusively of the August 5 outing. Us confirmed in February 2020 that they had been dating since June.
0 comments
0
0 comments
Categories
Latest FREE Movies
FREE Animation Movie Downloads
FREE Family Movie Downloads
FREE Fantasy Movie Downloads
FREE Horror Movie Downloads
See all categories
Celebrity Nudes
Hot and Sexy Babes
turkiye vip escort    carmelo gioviale