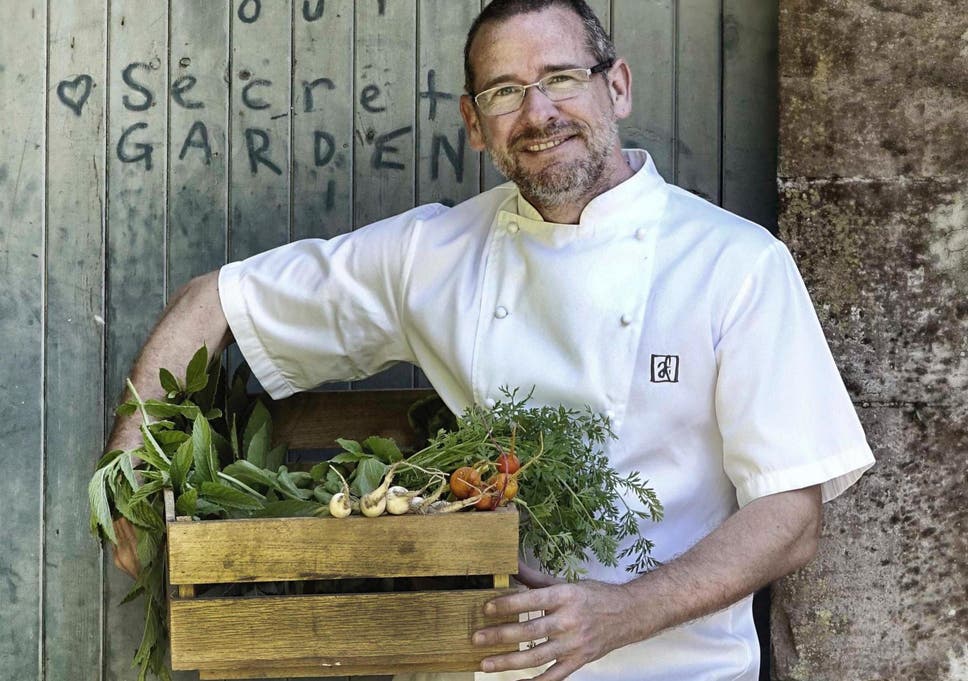 In July 2005, the eyes of the world’s government and media elites were trained on the historic Scottish village of Auchterarder, near Perth.Read more 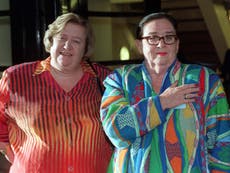 The luxury Gleneagles hotel and golf resort was hosting the G8 summit. Behind the scenes, a form of gastronomic diplomacy was also taking place. Andrew Fairlie, owner of the Michelin-starred restaurant at the resort, was asked to prepare two consecutive banquets, on 6 and 7 July.

Despite being in recovery from an operation to remove a brain tumour, he was relatively unfazed at having to feed Tony Blair, George Bush, Vladimir Putin and other leaders of the world’s richest nations. The Queen was also present that first night. Of all the guests on the list, one stood out: Jacques Chirac. 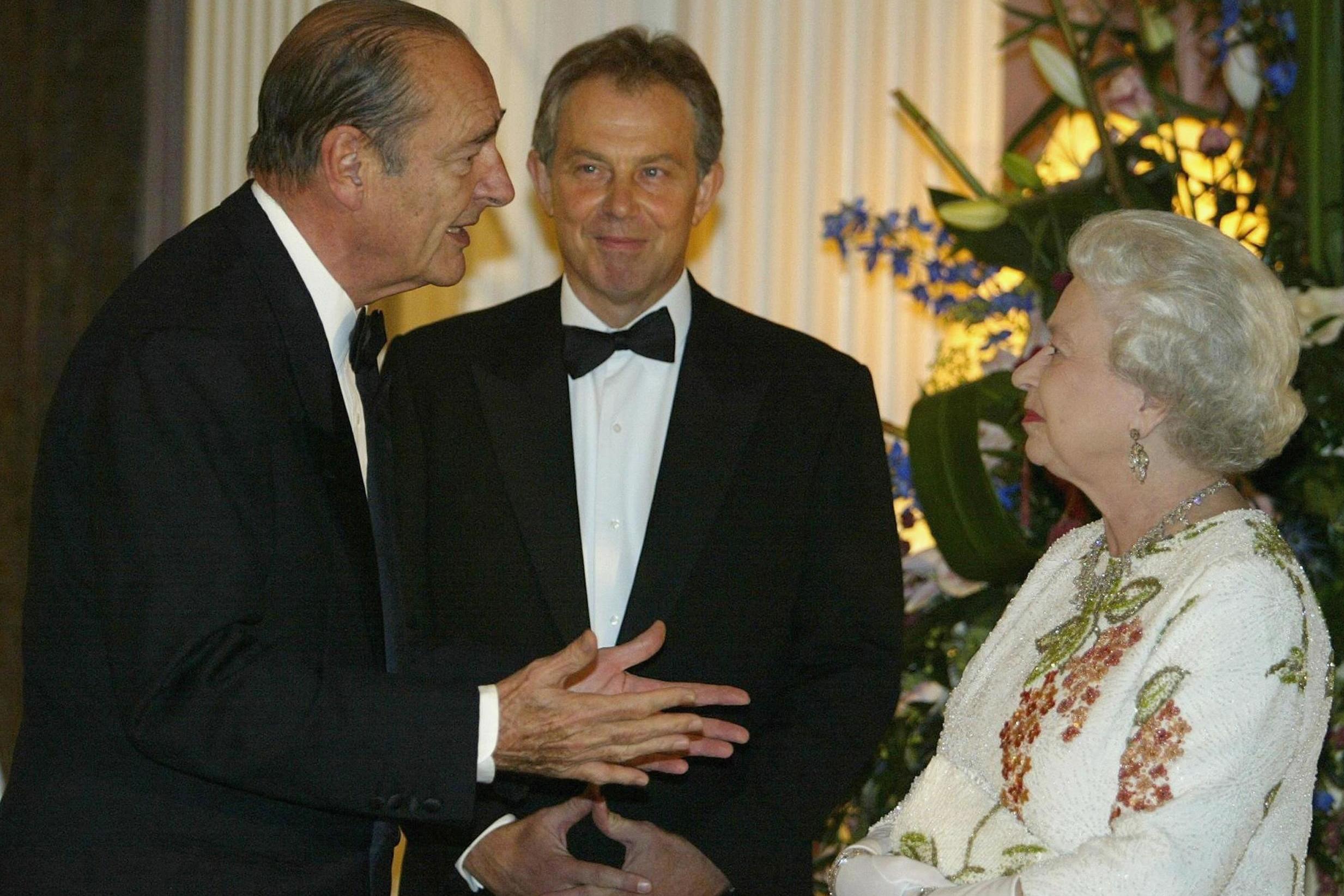 Dinner guests: Chirac and Blair in exalted company at Gleneagles in 2005 (Getty) A few days earlier, at a meeting with Putin in Russia, the French president had been quoted sniping about the British in the Libération newspaper:

“You can’t trust people who cook as badly as that. After Finland, it’s the country with the worst food.”As his coup de grace, Chirac added:

“The only thing [the British] have ever done for European agriculture is mad cow [disease].”French-trained Fairlie was somewhat taken aback by Chirac’s put-down because his joint Restaurant Andrew Fairlie had long been considered one of the finest dining establishments in Britain.

The G8 episode became an archetypal Frogs v Rosbifs battle for the press. 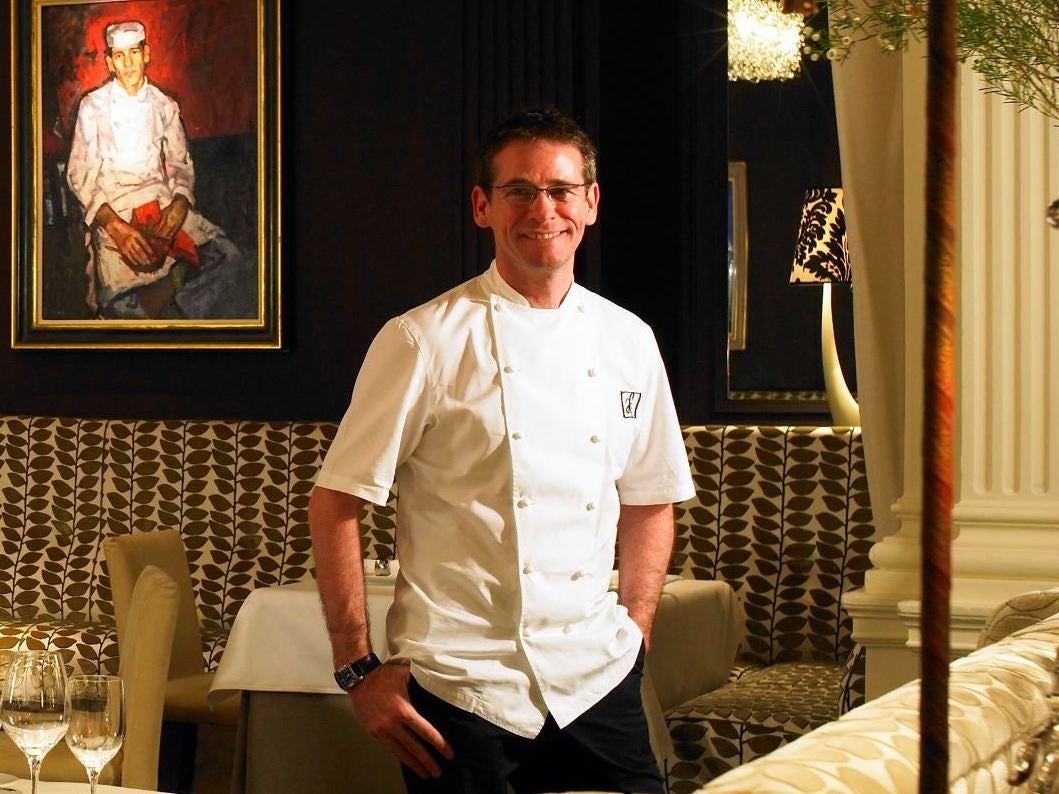 The chef in his restaurant, 2015 (Restaurant Andrew Fairlie) Fairlie assembled a menu showcasing Scottish staples and local suppliers. At the opening banquet, he prepared a first course of smoked salmon with roasted langoustines and herb salad. The second course was roast fillet of Glenearn lamb, with broad beans and peas, aubergine caviar and parmesan polenta. The Queen, he said, was a chocolate-lover and was feted with a dessert he called “textures of chocolate”.

Chirac stood up and congratulated him, he later recalled.

Failie, who has died aged 55, was a working-class kid who left school to get a job washing glasses in a Perth hotel and became a culinary artist blending classical French cuisine with Scottish ingredients including Highland beef, venison, lobster, seaweed and other saltwater vegetables.

He was one of the first chefs anywhere to tell his customers the exact provenance of ingredients, a practice now commonplace in top-class restaurants. His signature dish was fresh lobster from Scrabster, in northeastern Scotland, with the separated shells smoked for five hours over the chips of used Scotch malt whisky oak barrels, then reunited with the meat to be gently roasted with butter, herbs and lime juice. 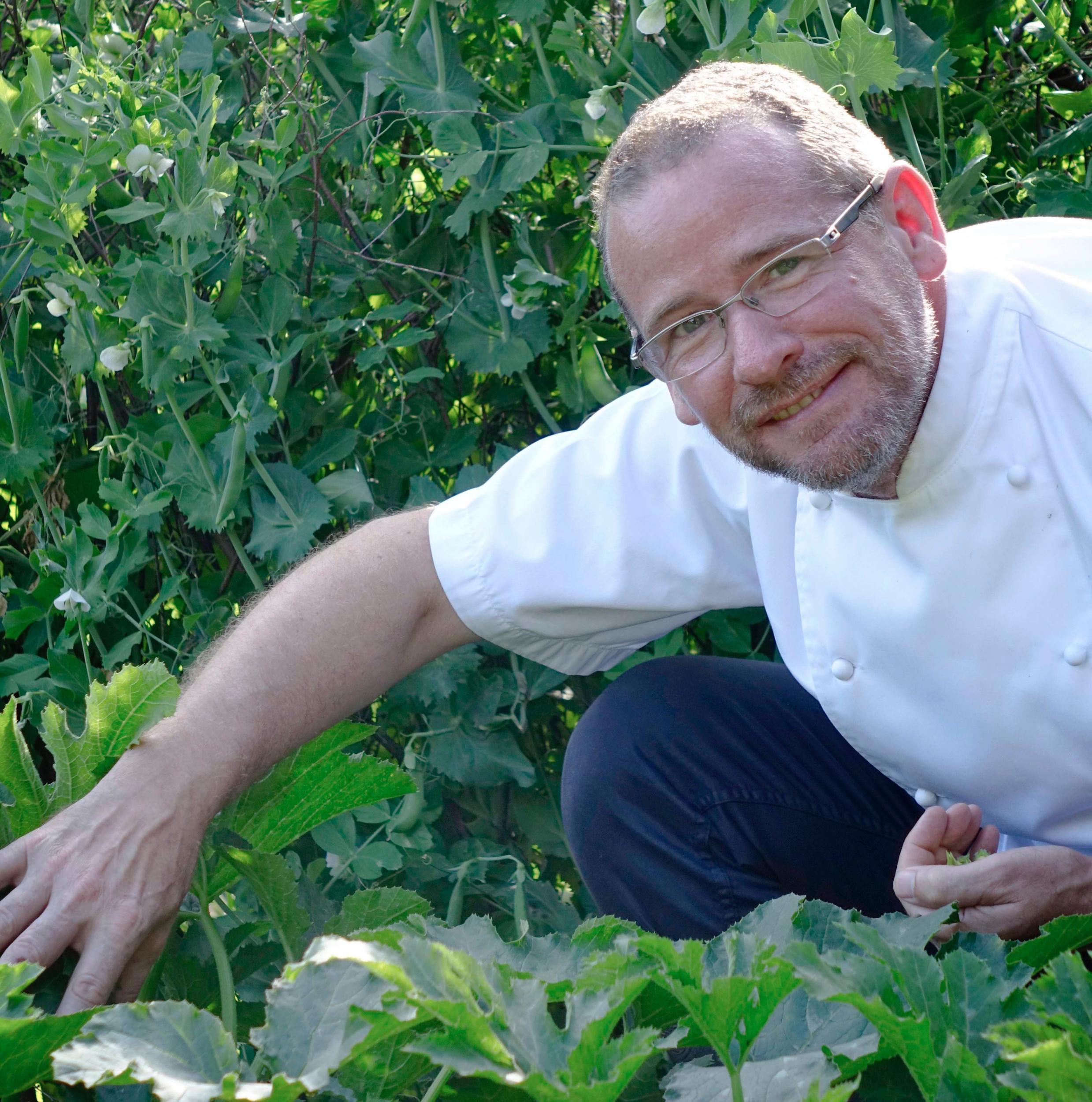 Fairlie was born in Perth in 1963. He grew up helping his father prepare dinner for his family, including his mother and four siblings. 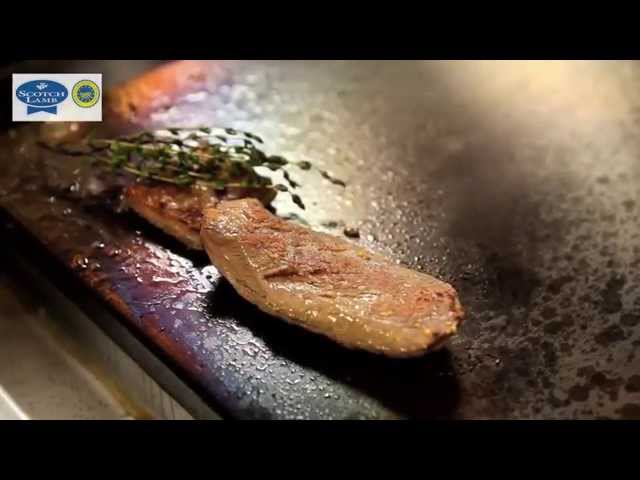 “My dad was an economics teacher and cooked because my mum worked later in a shoe shop, and we would do it before she got home because everyone was starving,” he told The Scotsman. “Simple things: omelette, mince and tatties ... For seven people every night, that’s a lot of potatoes to peel. But I liked it.”At 15, he left school and found work in the Perth hotel. “One Saturday I had my ‘tarragon moment’, when there was a wedding on and there was a sauce chasseur with something in it I couldn’t identify,” he said. “The chef told me it was tarragon, and that was when I asked to work in the kitchen.”At 20, he became the first-ever winner of the Roux scholarship in France, named after the French culinary brothers Michel and Albert Roux. That honour led him to trainee positions at three starred Michelin restaurants, including at Les Prés d’Eugénie in southwest France under Michel Guérard, a founder of nouvelle cuisine.

Back in Britain, Fairlie became chef de cuisine on the Royal Scotsman luxury “cruise train”, which serves haute cuisine to well-heeled passengers touring the Scottish Highlands. He went on to become head chef at the Disneyland Hotel in Paris, where he set up a fine-dining restaurant and ran the hotel’s California Grill, specializing in gourmet pizzas.

In 1994, he became head chef at the hotel One Devonshire Gardens in Glasgow, where he won his first Michelin star. Success there led him to open Restaurant Andrew Fairlie at Gleneagles in 2001. The restaurant was awarded a Michelin star within a year and added a second in 2006. 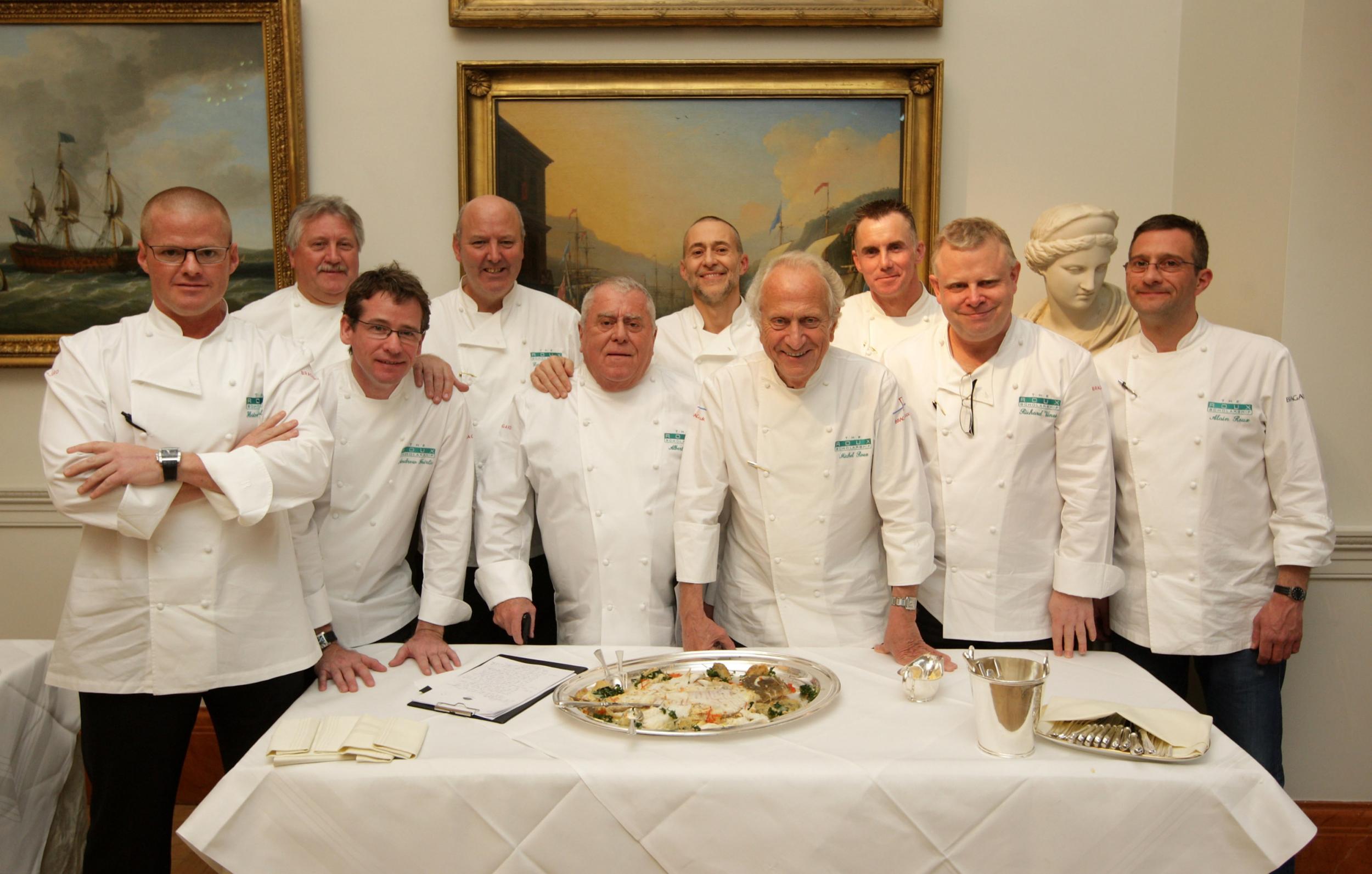 Fairlie (third left) and fellow culinary superstars were tasked with judging the 2006 competition to win a Roux scholarship’ (Getty) The restaurant thrived, helped by Fairlie’s “secret garden”, an ivy-covered walled space in which he and his head grower, Jo Campbell, grew often-rare vegetables, fruits, herbs and edible flowers to be used in his restaurant dishes.His first marriage, to Ashley Laird, ended in divorce.

In 2018, he married his longtime companion, Kate White. In addition to his wife, survivors include daughters Ilona and Leah from his first marriage, two stepdaughters, his parents, four siblings and a granddaughter.After surgery to remove a brain tumour in 2005, Fairlie, a vocal SNP supporter, was able to continue working. In recent years, seizures had made it increasingly dangerous for him to work in the kitchen.In November 2018, he announced he was hanging up his whites and handing the business over to his wife, general manager Dale Dewsbury and head chef Stevie McLaughlin. He told The Times that giving up the restaurant kitchen was harder than fighting his cancer. “The fact that I’ll never be back, never have that buzz and atmosphere of the kitchen again, was very emotional,” he said. “But it’s dangerous for me to be there. I’d just be a liability.

”He went on to raise money through charity dinners to help seek breakthroughs in treatment for cancer and brain-tumour patients, particularly at Glasgow’s Beatson Institute, which had helped keep him alive.

In a 2012 interview with the Financial Times, Fairlie was asked whom he would employ for his dream kitchen. He listed several of his French mentors before adding, “Gordon Ramsay would be on pot wash.”In career trajectory and personal demeanour, the shy Fairlie was the polar opposite to the expletive-prone Ramsay. Fairlie’s kitchen was always quiet. A reporter for The Scotsman described it last year as “calm as a yoga class for people who’ve just had a relaxing massage”.